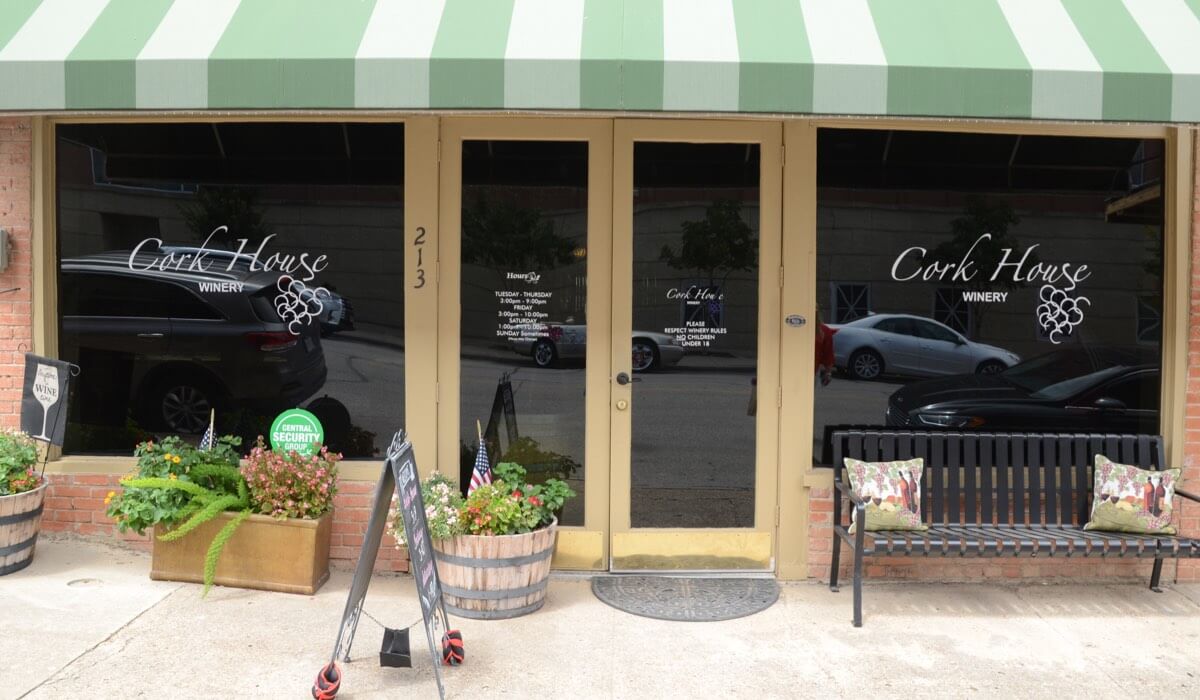 Waxahachie is finally on the map – the Texas Wine Lover’s winery map, that is. Cork House Winery has opened its doors in the historic downtown seat of Ellis County in the shadows of the courthouse. It is owned and operated by Doug and Karla Gibson and managed by its winery staff (who just happen to be family as well).

Cork House Winery opened its doors this past winter after the usual “new winery waiting period.” The Gibsons said they were looking for a retirement plan a few years back and the idea of a winery struck them. After a short search for a suitable space in Waxahachie, they located the old “Tire and Lube Work” shop at 213 East Main Street and have not looked back. The entire space had to be remodeled – including the overgrown back patio area that consisted of a significant amount of poison ivy. They now enjoy exposed brick walls with the tasting bar and tables up front, a smaller seating area mid-ship, and offices and production facilities toward the rear of the single story building that sits right between a law firm and the local Democratic Party headquarters. 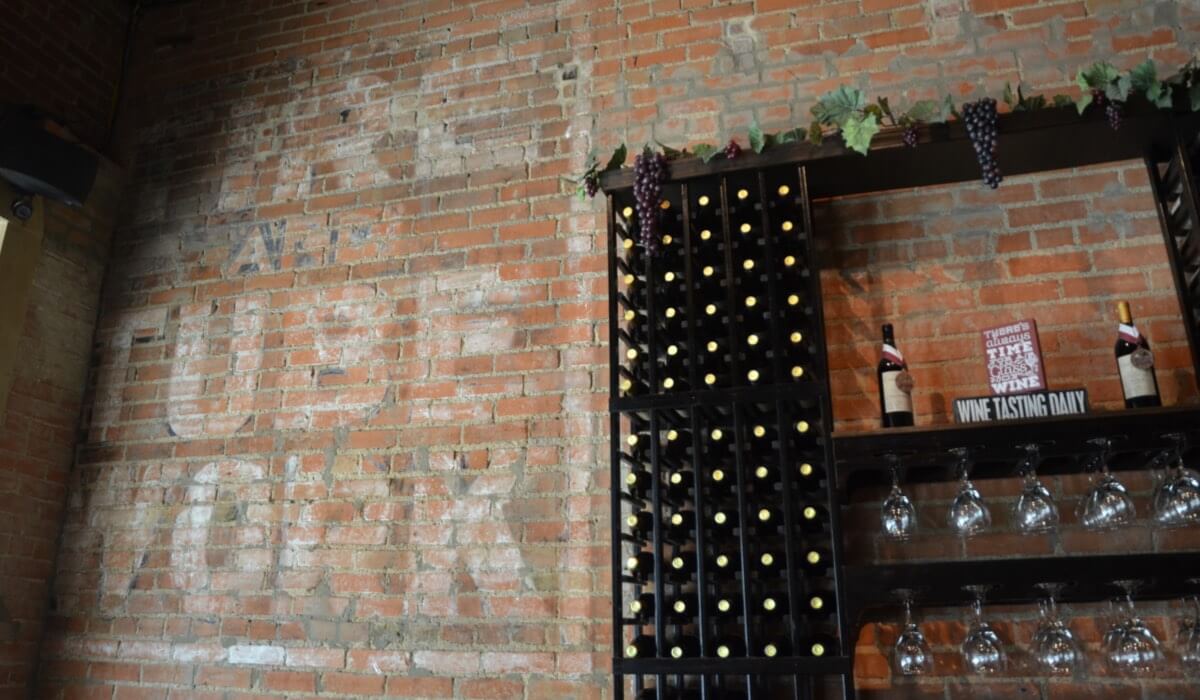 Cork House is in its first year of retail production of wine but Karla is no stranger to winemaking. Before “going pro” she won a couple of awards in an amateur winemaker’s competition and she continues to make those wines for her new customers. There are currently 18 wines available for tasting and purchase at Cork House Winery, an amount that Karla admits was perhaps a bit too ambitious. Soon after opening her doors she found some of her wines were so well liked they quickly sold out. Their wine currently holds passports from various locations including Brownfield, Texas. The four Texas wines offered are:

In all, there are four dry whites, seven dry reds, and seven sweet wines on the tasting menu as well as a few other special treats (ask about the “Chucktini”). Karla guesses she produced around 500 cases of wine this first year and she is making wine as fast as she can. She had no idea how her newfound customers would respond (other than the usual “We have a winery in Waxahachie?), so they felt a broad mix would work well. To their surprise they are seeing quite a few folks walking in asking for Texas wines specifically, and the big dry reds were the most popular initially. 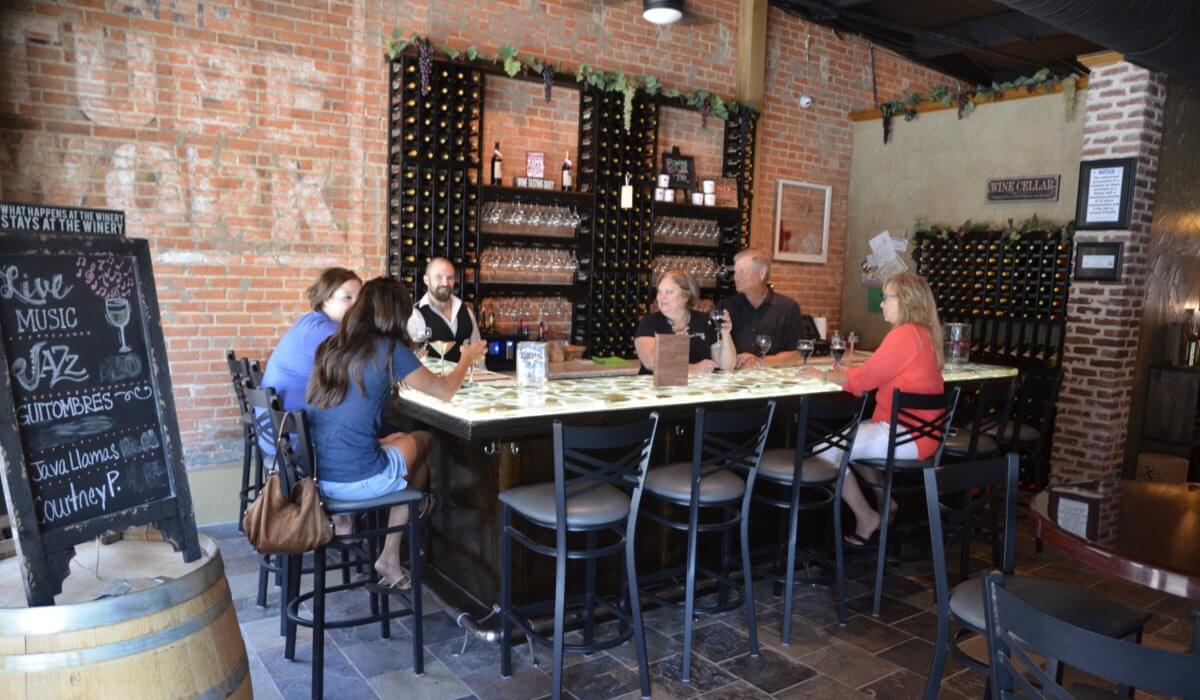 The winery is open Tuesday-Saturday and if you drop by on a Thursday, Friday, or Saturday evening you may catch some live music. Tastings (four wines for a tasting fee) are done seated around the bar (that features a unique backlit layered resin bar top with pieces of quartz embedded inside) or at any of the numerous tables or even the couch in the cozy quarters. And now that the poison ivy is gone, the back patio is available as well. To balance the tastings, Cork House has cheese trays available, and if your sweet tooth makes an appearance there is wine ice cream tastings for dessert. 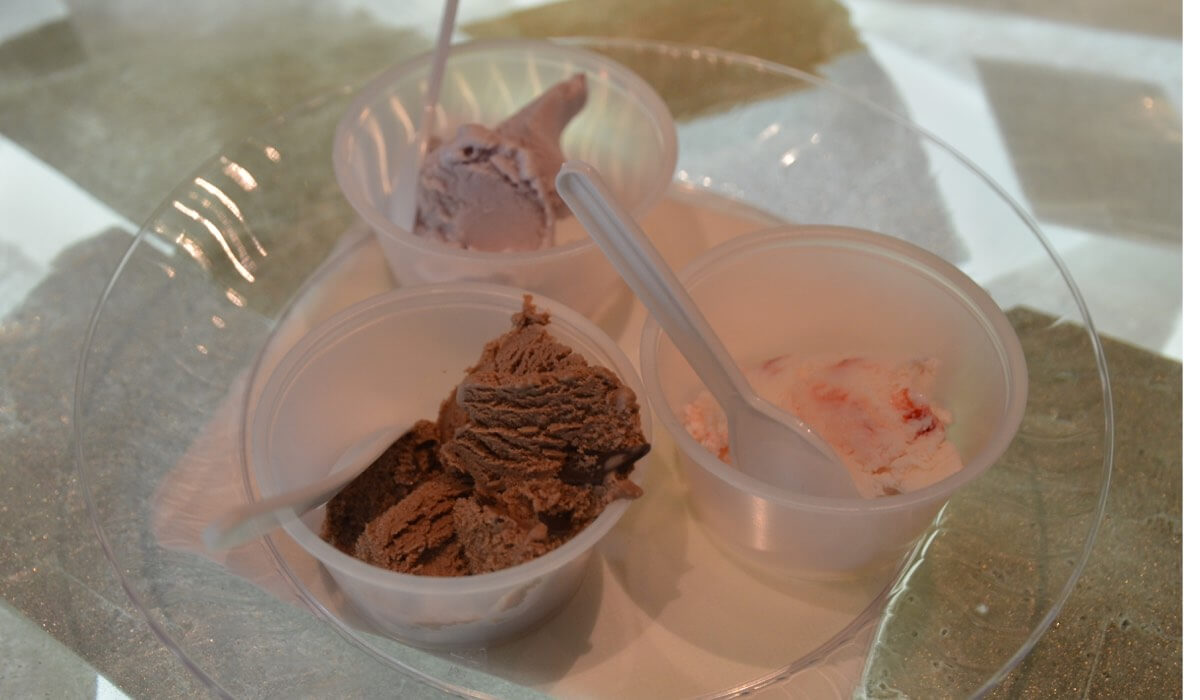 Karla Gibson said everyone pitches in as needed at Cork House including her ex-husband, John Kaelin, who helps with some of the heavier work. The tasting room is managed by her nephew, Tyler “Chuck” Nivens, and his sister Tate and mother Jenny (Karla’s sister) help out as well. The Gibsons said they are just now to the point where they can find time to participate in community events as well as industry-related events. Karla said she drove her Cork House Winery convertible in the July 4th parade this year and they are looking forward to the Texas Country Reporter festival this fall in Waxahachie. They hope to be able to expand operations so they can get space for oak barrels, as well as the current inventory of stainless tanks they make their wine in. 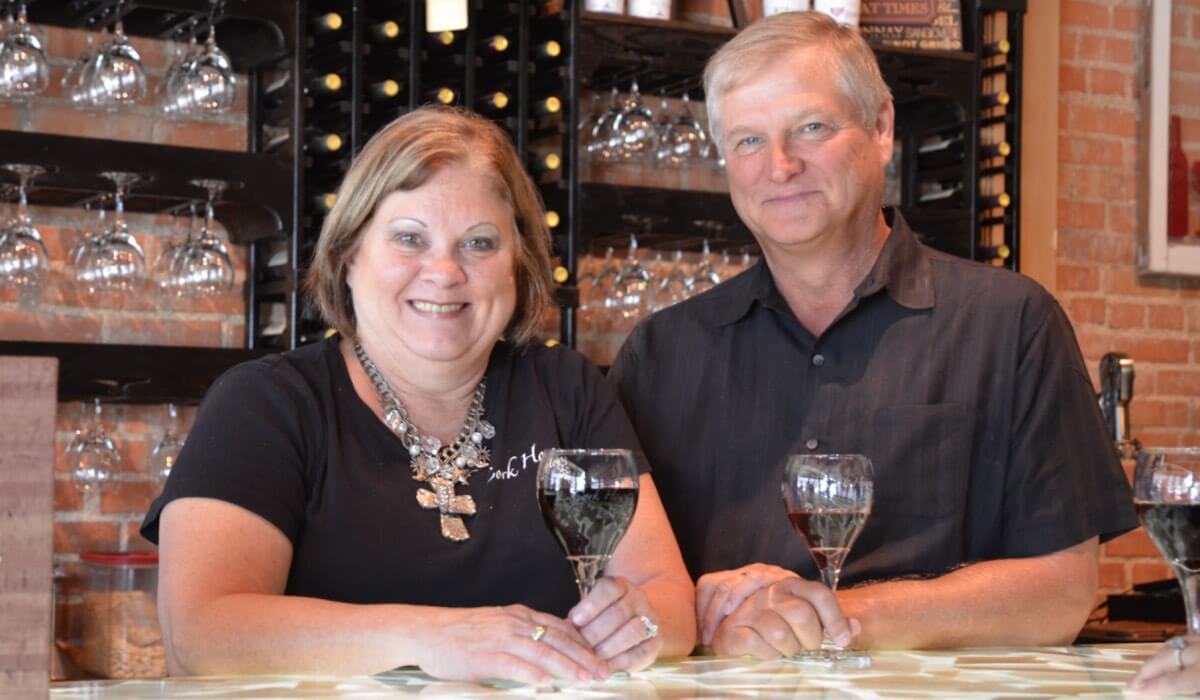 More information can be found at their website, which Karla says she needs to update when she finds a new webmaster. She said they currently have no plans for a wine club, but would rather folks just come on in and visit with them as they love meeting new people and having them discover their wine.

“There’s a winery in Waxahachie?” Yes there is, and it has finally put this city on the map.