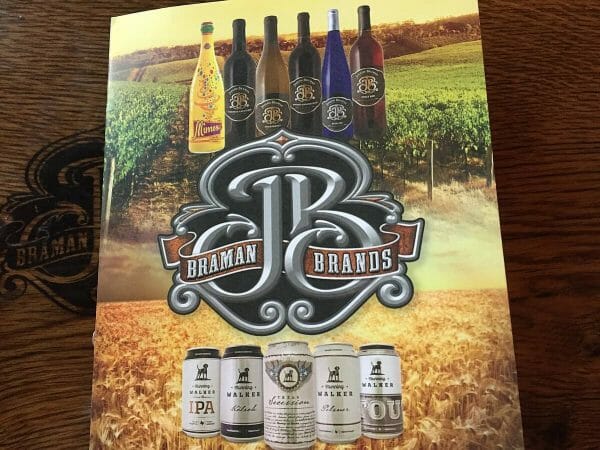 We have visited every location of Braman Winery over the years, and as each one closed its location for a certain reason, the remaining location was in Richmond. The tasting room was located in Richmond at a previous business, but times have changed.

The owners now are just Joe and Dee Braman, and they have turned the winery into a destination. It has been a few years in the making, and during that time Braman Winery merged with Eaglefire Winery & Vineyards to add Texas wine to their arsenal. The plan was to build a new winery and tasting room adjacent to the Richmond location. Chris Caldwell, owner of Eaglefire Winery and winemaking director at the time, along with Jeff King, the first brewer of Braman Winery, designed the new building. It was originally at 40,000 square feet, but eventually expanded to over 50,000 square feet.

Since that time, both people have left along with others, and Braman Winery had their Grand Opening on July 1, 2017. Gloria’s brother Lucho and I actually tried to visit Braman Winery on their Grand Opening day, but when we pulled up and people were already parking in the street even though there is a large parking lot, we did not want to gamble to see how crowded the building was inside. 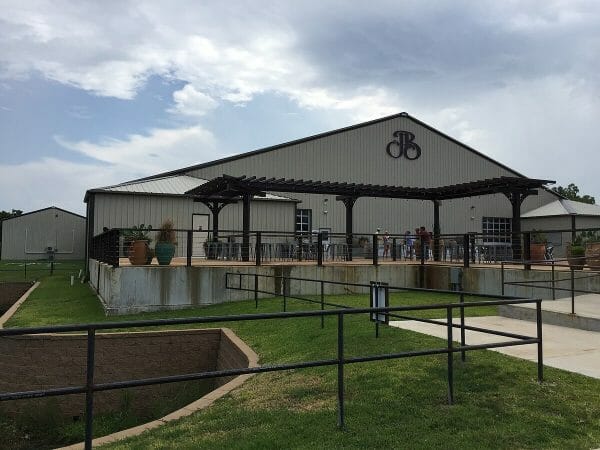 Gloria and I did make it back weeks later to see what the winery tasting room was like. There was still a good number of cars in the parking lot when we arrived, and there was a number of people in the tasting room. But unbeknownst to us, some of them were drinking wine and some were drinking beer!

When Lucho and I tried to visit before, we drove past a sign saying Braman Brewery so we just figured that Braman had opened up a brewery nearby. Little did we know that the wine and beer were being served under the same roof! As we learned, Braman winery and Braman Brewery were the first facility licensed for beer and wine production in Texas.

I know many wineries over the years have told me they wished they could sell wine and beer at the same location, and the closest someone got to that was Kiepersol Estates Winery who first sold wine and spirits at the same location, although there is a clear distinction line between the two tasting rooms. I then experienced Flanigan’s Distillery & Winery who serves wine and spirits under the same roof. Now comes wine and beer. 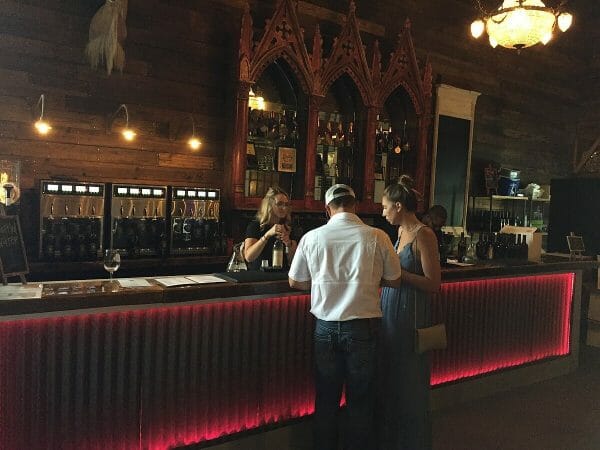 I, of course, went to the wine tasting bar to do a tasting to see what has changed since we last visited. The menu provides all the information for both wine and beer in addition to other information. On the wine menu, you can select from two flights, Sweet or Wine. Each has the same tasting fee, which includes a logoed wine glass, and has five wines each. There is no mixing of sweet and dry wines though. As the wines are served, the wine on the menu is checked off making it easier for the tasting guide to determine what wine you are tasting next.

It was interesting that all the Texas wines were in the sweet wine tasting. I was told this was because grapes from Texas are sweet. Even though I really wanted to taste the Texas wines, I chose the dry flight. These were the two flights at the time of our visit:

Wine glasses were rinsed between red wine tastings. The tastings are poured from bottle or a large number of taps, and all tastings are healthy pours. If you are not sure if you want to try a glass or bottle of wine, you can get a small sampling of the wine.

Now to talk about the beer from Braman Winery. The label is Running Walker beer. There is a regular taproom tasting bar on the other side of the tasting room. From what I was told, the entire tasting room from wine bar to beer bar, was where they used to produce wine until wine production was halted in 2016. The beer though is produced 100% onsite. Through a peek in the production area, there were a number of stainless steel tanks I could see that could have been wine or beer, but after learning this information afterward, they were obviously for beer. 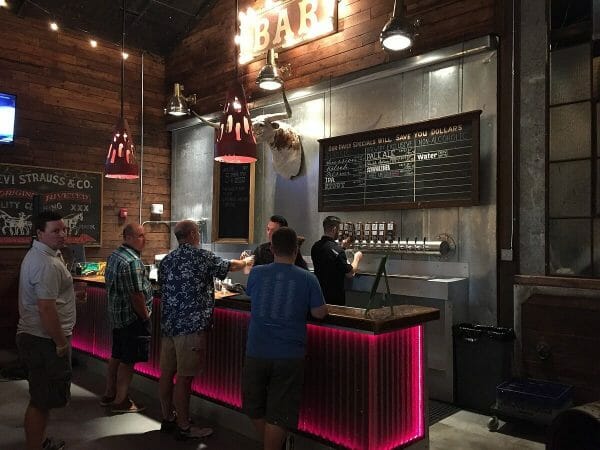 These are the beers that were on tap in the taproom side of the tasting bar:

After our visit, I got in touch with Gregg Deeb, General Manager of Braman Winery, to ask him some questions.

Q: How are you able to serve beer and wine, and be licensed for both, at the same location? The only difference I see with permits is Suite A and B address locations.

A: The Winery Permit and Brewery Permit are distinct from one another, and the physical premises that were delineated for each are distinct as well. To the casual observer, it may seem like one location, but the permitted premises are in fact, separate.

Q: I heard beer is produced onsite, but wine is not anymore. Where is the wine produced, especially since you do have some Texas wines? 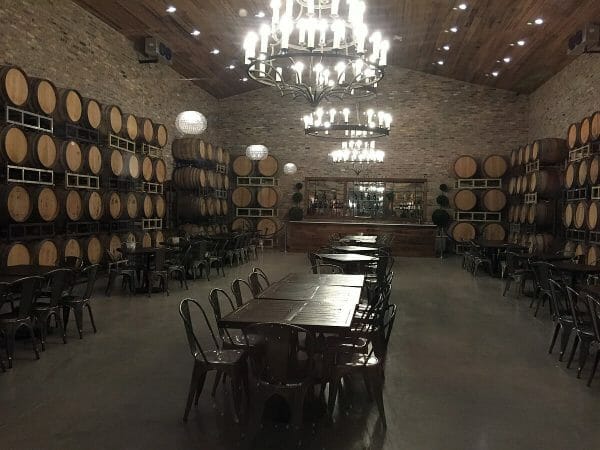 Q: I have been to every previous incarnation of Braman Winery from Refugio to Hallettsville to the old location next door. Is this the only location now for Braman, or are there plans for another location again?

A: We have a growth strategy, so our presence in Texas will likely expand in the near future.

Braman Winery may advertise themselves as the first facility licensed for beer and wine production in Texas which is probably true, but they are not the last. As I learned after my visit, Landon Winery in Greenville is now making and serving wine and beer at the same location.

Regardless, this is a great step to visit a winery/brewery and where everybody can enjoy wine and/or beer at the same location.