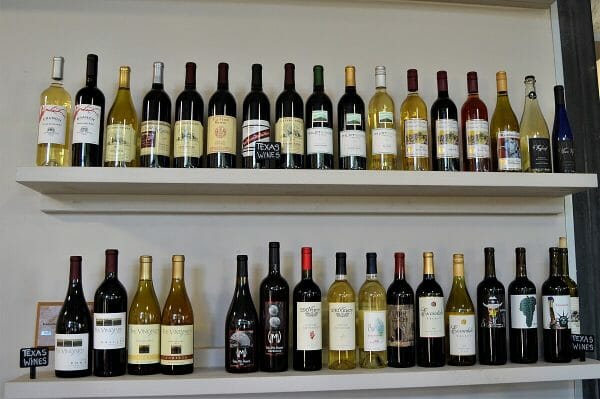 Last July, 290 Vinery opened its doors and welcomed visitors to an array of wines from throughout Texas and beyond. Since then, they added more wines, including a few of their own.

Sean and I stopped in on Fourth of July weekend, as they celebrated their one year anniversary. While there, we learned about their third wine release. The family could not decide on a name, so they decided to ask for outside help. Before we left, Alison Lanik invited us back the next Friday for the naming party and pot luck; we made sure to make it back.

Since we visited in 2016, a few important changes occurred at 290 Vinery. Warren Vilmaire’s wine classes began, and he regularly offer them on the weekends. 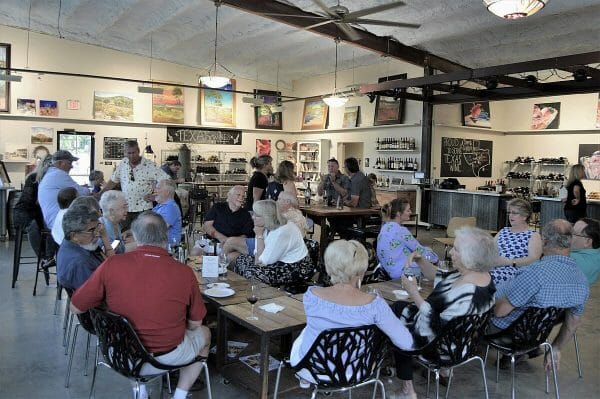 They found a colleague to help them along, Brock Estes of Fly Gap Winery; he has poured his recent releases there several times. Construction on a new small production facility behind the tasting room began. And they released their first two wines: Little White Lies and Caught Red Handed. 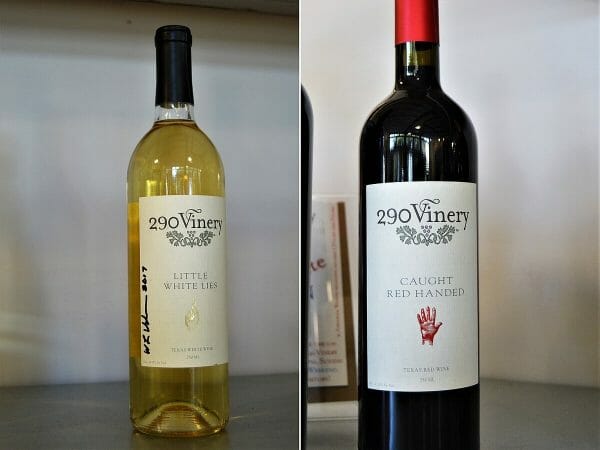 Both new wines are blends of Texas grapes. Little White Lies is a blend of 75% Muscat Blanc and 25% Roussanne. The nose led me to believe that the wine was sweet; stone fruit and citrus accompanied by sneaky melon give that impression. The stone fruit come out upon tasting with hints of citrus. The wine is silky with a bit of weight and ends very clean and smooth. And the sweet is entirely fruit sweet, as the wine ends dry.

Caught Red Handed, like its mate, is easy to drink. Made up of 75% Malbec, 15% Mourvèdre, and 10% Petite Sirah, the wine surprisingly seems like a Zinfindel. From the nose to finish, the wine is very fruit forward; however, it is not a fruit bomb. Rich, red fruit dominate with hints of spice and subtle oak. The combination comes together beautifully, creating a deceptively easy to drink wine.

The labels and name for both continues the spirit of 290 Vinery. The front labels are sophisticated, with a singular finger-crossed in gold on Little White Lies and the singular open red palm on the other. The back side, however, shows a glimpse of the property in the past. A picture of the property from 1944, during its days as a lumber yard, graces the back of Little White Lies. A group of men lounge about, sharing a moment of comradery, and as the label says, a few little white lies during Friday happy hour. Caught Red Handed bares a similar picture, except now, the citizens of Johnson City got caught red handed having happy hour on a Friday afternoon. 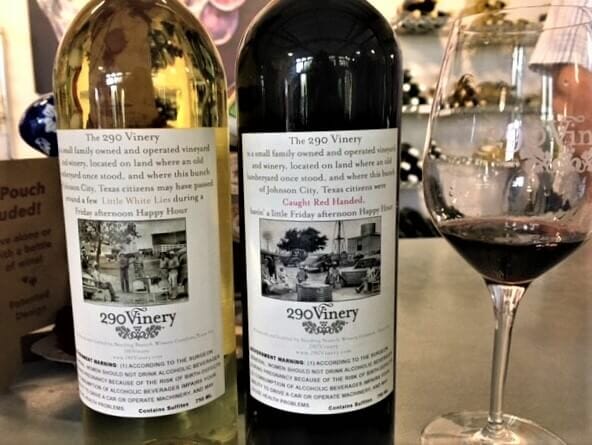 The success of these two new wines meant a need for expansion. Offering a variety of Texas wines remains the main goal, but new wines meant a need for more space. When we visited, Warren took me through the kitchen and make-shift production floor out the back. Right now, the new building is mainly a floor, roof, and support beams. The unique element they are working on is the height of the building. The back area is lower to the ground than the tasting room, so the floor is raised to be the same height as the tasting room. A walkway will connect the two so items can be easily transferred from one building to another.

To help further the winemaking, Warren joined up with Brock Estes. I learned that Brock had some equipment that Warren needed, and Warren had equipment Brock needed, so they decided to share. This partnership comes with some grapes. About a ton of grapes will come from Brock this year. These grapes will become a small batch wine.

For now, the focus at 290 Vinery is Tannat. The new forthcoming wine is primarily Tannat, but it includes Alicante Boushet and Mourvèdre from Lahey, Texas. Bending Branch sold them this odd collection of grapes in 2015. Dr. Bob Young also helped to make the blend.

While the first two wines are approachable and easy drinking, this new wine is a serious wine. The deep color resembles the nose, bold, dark black fruits. In those depths lingers a faint hint of leather. This translates into a full body wine, rich and robust. Plum and black cherry stand out. The leather pairs with oak and dust to create a more complex wine. The balance found in the wine comes across in its slow progression, revealing each layer bit-by-bit. 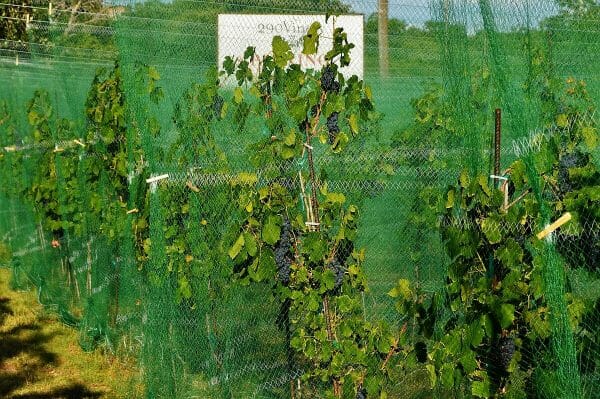 Of course, anyone who knows 290 Vinery knows about the Tannat vineyard in front. When we visited on July 7, the Tannat was nearing harvest. Depending on location, the grapes ran between 17-22 Brix. Just over a week later on Saturday the 15th, 40+ gallons came from the vineyard. With a little help, Warren will craft a limited, single variety Tannat from these beautiful grapes. 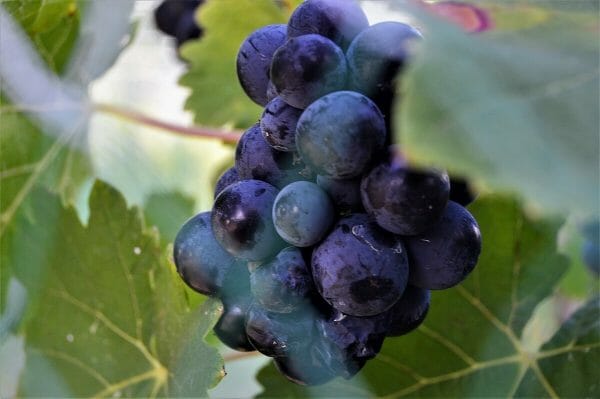 Last year, we sort of visited on a whim. This year was no different. We did not want to go home just yet, and we were taking a different route home along 281 – construction on IH-10 is really making visiting difficult. We stopped in, and yet again, we were glad we did. 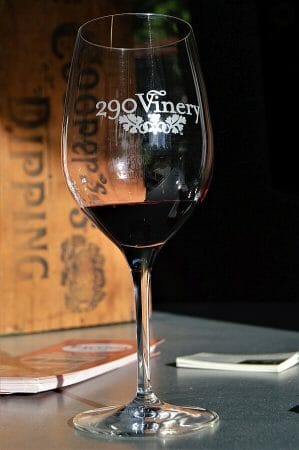