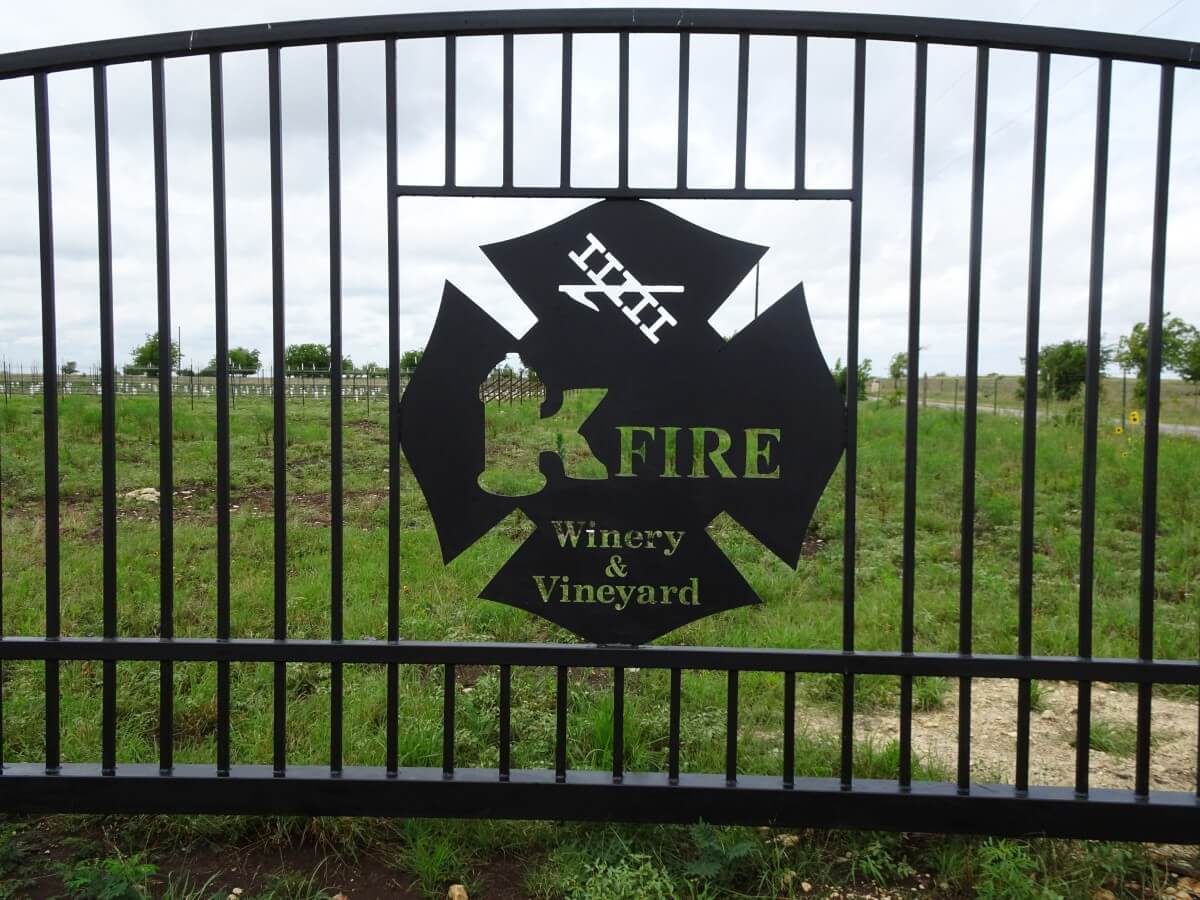 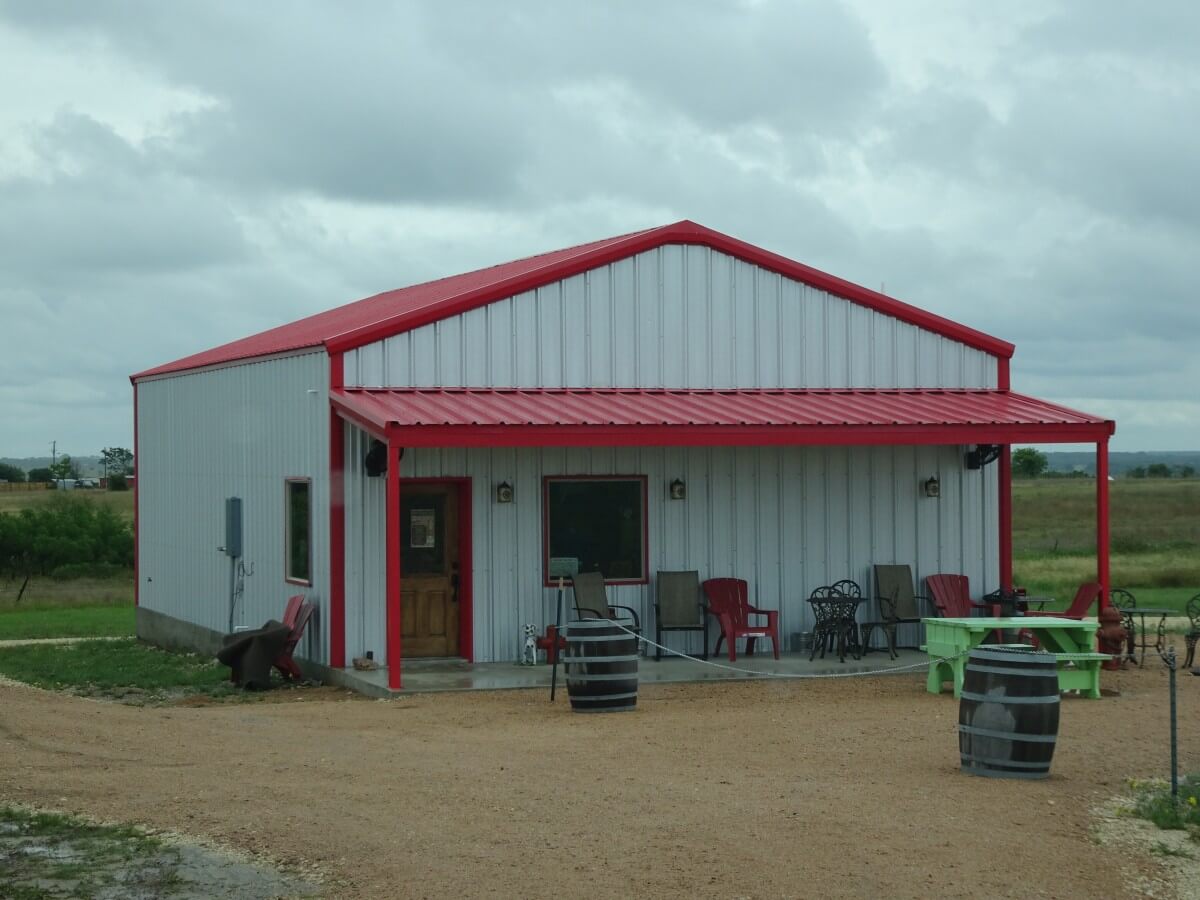 I visited the winery when it first opened on a Saturday and even though there were only a couple cars outside, I was surprised the tasting room was packed. I had to eventually step out to get some fresh air as it was impossible to get to the tasting bar and reassess the situation. It turned out a chartered bus had dropped people off at the winery and took the rest of the people to the adjacent Pilot Knob Vineyard. I will need to write about the rest of my experience with the two wineries in a later post. 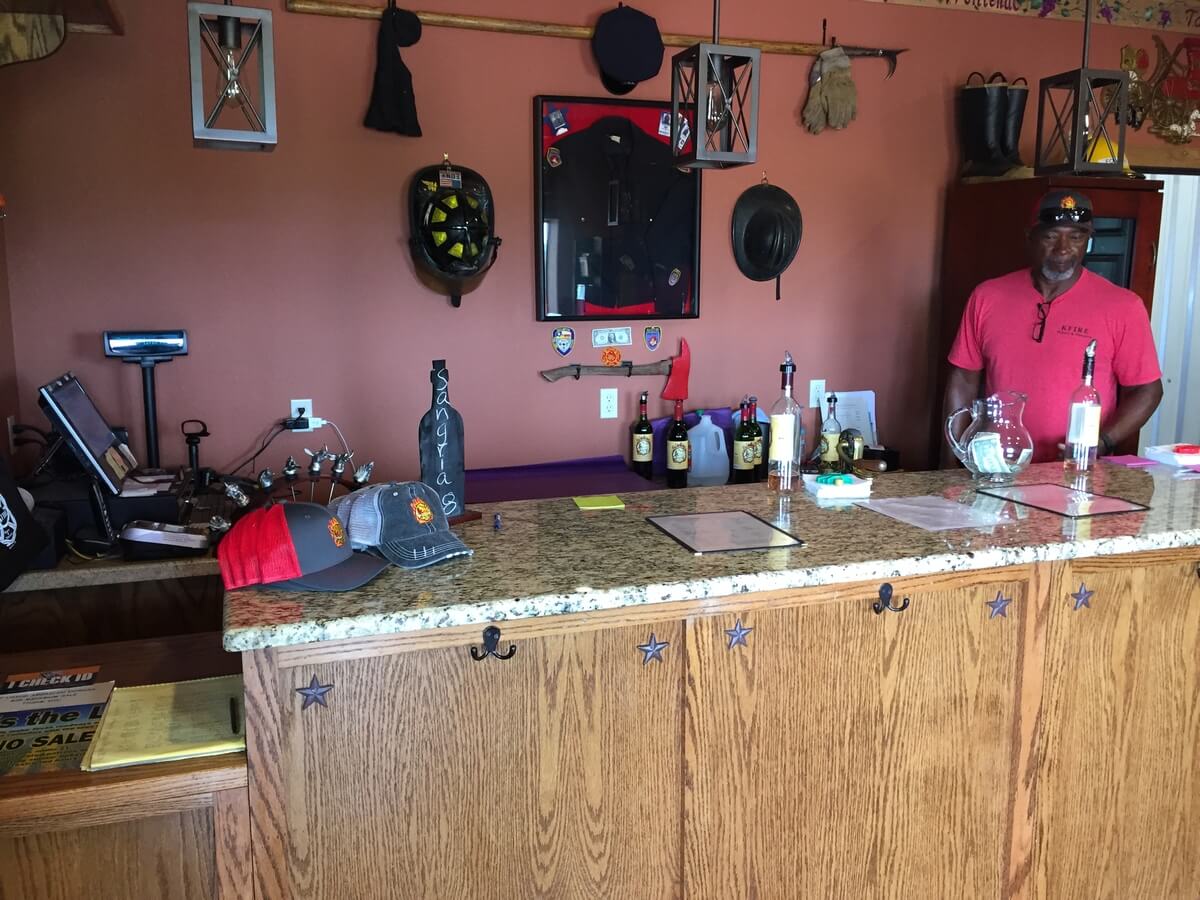 Tastings are done while standing at one of the two tasting bars. There is a tasting fee for eight wines. The wines are poured using a measured pourer. These are the wines that were available during my visit: 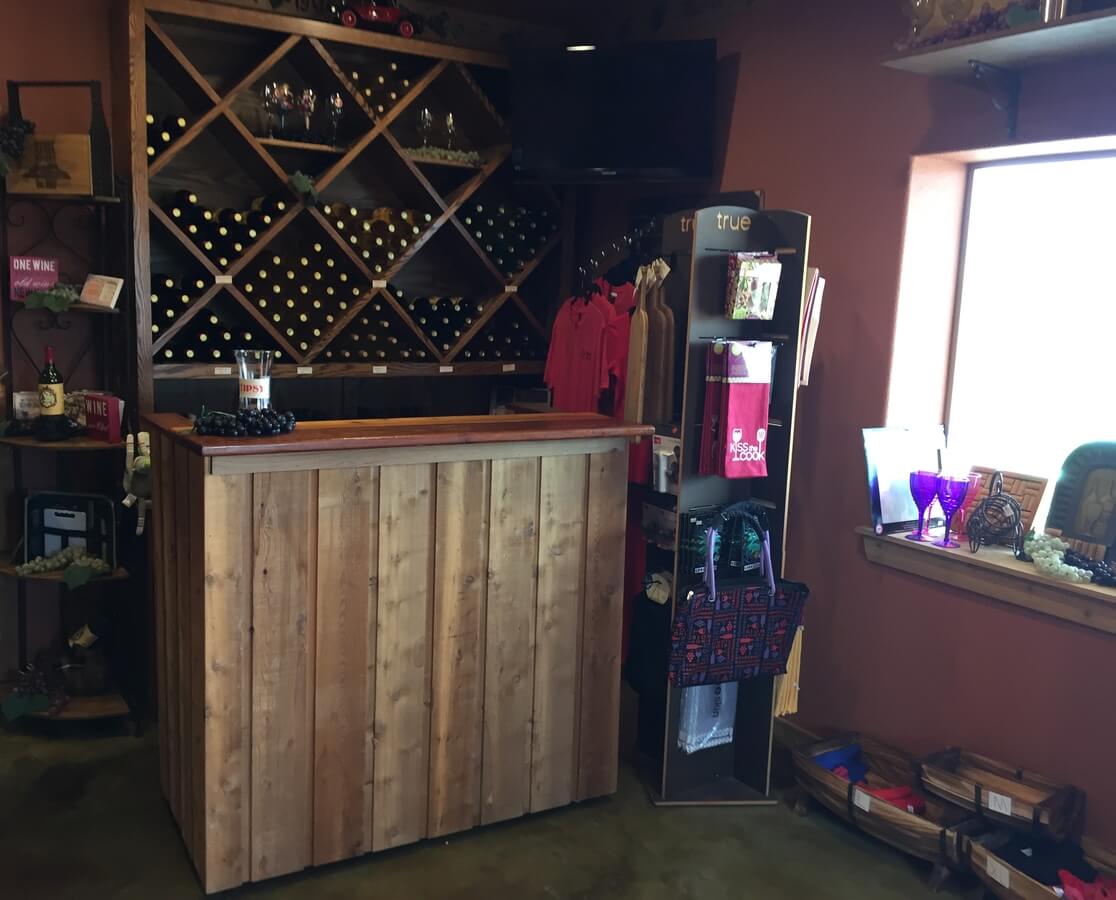 As you can tell, with the name of the winery and the wines, the winery is decorated with a firefighter theme. The tasting fee will be waived if two bottles are purchased at regular price. From the actions of the people from the bus purchasing bottles of wine, they indeed looked like they were enjoying the wine.

Back when the winery was Lakeview Winery, Dan Marek from Georgetown Winery and Thirsty Mule Winery & Vineyard was making their wine. However, now Kenny Fowler makes the wines for the winery and just uses the Thirsty Mule production facility. Kenny was not sure how many cases of wine he has been making. 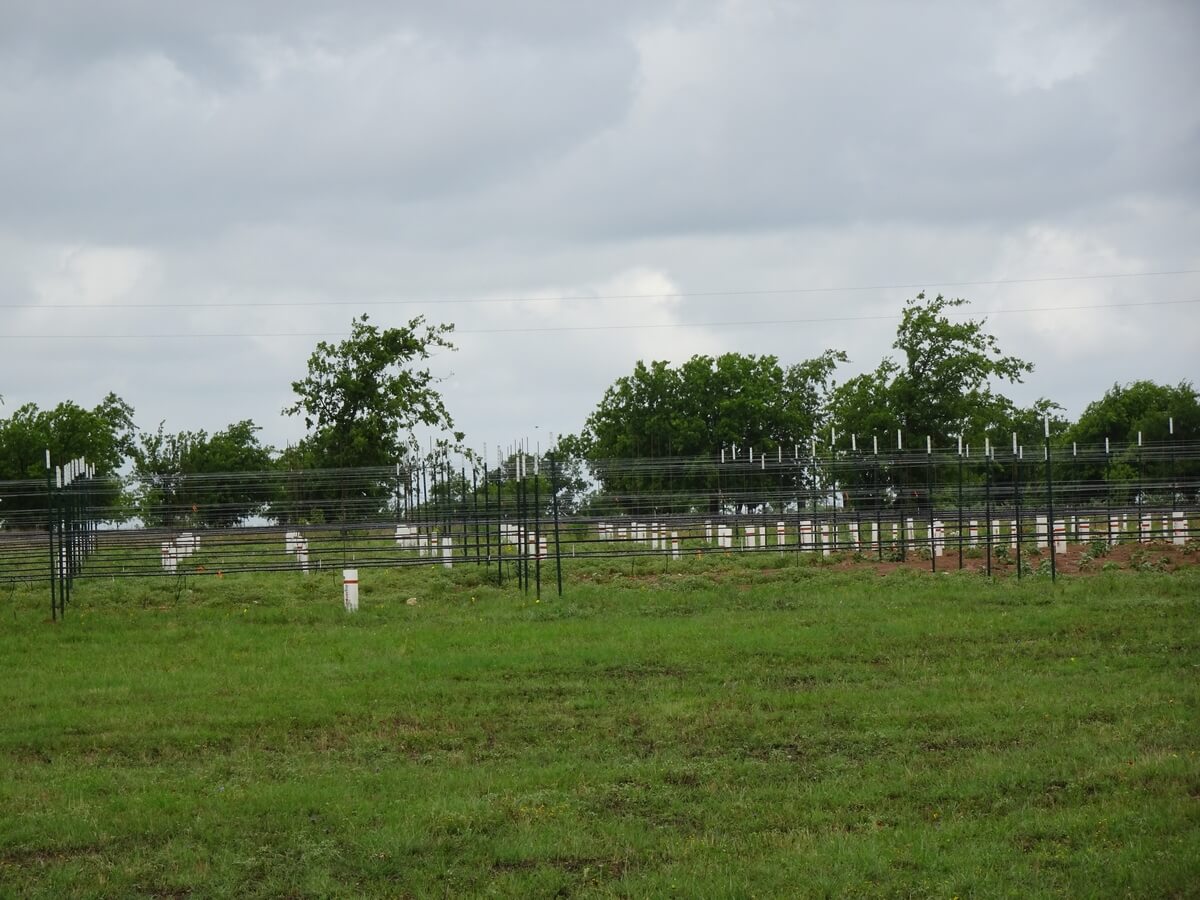 While tasting, food is available for purchase such as a cheese and meat tray, meat tray, and basil pesto hummus. There is a gift shop available with wine accessories, clothing, and cigars. KFire Winery and Vineyard also has a wine club available.