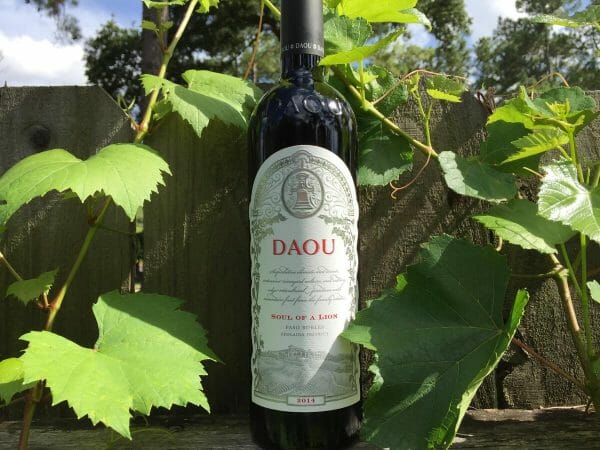 DAOU Vineyards & Winery is located in the Adelaida District of Paso Robles. Their high elevation at 2,200 feet on top of DAOU Mountain with its remarkable microclimate allows the vineyards to produce the finest grapes that rival the most respected appellations in the world. I was fortunate to visit DAOU Mountain on a recent trip to Paso Robles and you can read more about DAOU’s vineyards and winery in my previous post on the trip.

Daniel Daou goes to France every year to select the wood for a Soul of a Lion barrel which is a rare, extrafine-grain pink wood called bois rosé. The barrel is aged four to five years before use, so adding on the aging of the wine in the barrel (22 months for the 2014 vintage) gives a wine that has taken a journey of up to seven years. 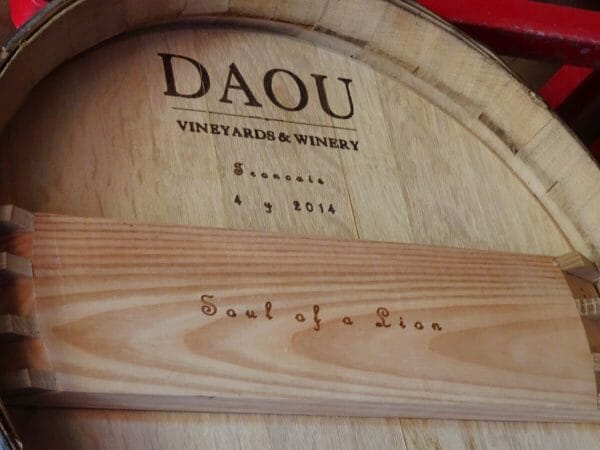 With a wine this special, I had to share it among friends, and we decided to share it with fellow Texas Wine Lover writer Jim Rector and his wife Carole. We cleansed our palates first with some white wine and then started tasting the Soul of a Lion.

Winemaker Daniel Daou suggested decanting the wine for an hour. I put it in a decanter before they arrived and by the time we got to the tasting, it had been decanted for 90 minutes. The four of us looked, smelled, and eventually tasted. Here are some of the things I heard around the table.

On the look, the wine was a very dark, rich purplish color. This confirmed what they told me at the winery with the Soul of a Lion being the darkest wine they make. It was observed there was no sediment and I confirmed there was none when I poured it into the decanter. A clear meniscus was noted through the Riedel glass. The legs of the wine clung to the sides of the glass which also was not surprising since the wine is 14.7% alcohol.

Regarding aroma, notes stated were “California dustiness,” toasted spice, black pepper, black cherries, and plum. One person could not wait any longer and had to go for the taste. The first response was how smooth the wine was from start to finish. It had a soft mouthfeel and ended with not being very tannic even though there was 83% Cabernet Sauvignon in the blend. Again, black pepper was noticed while tasting. 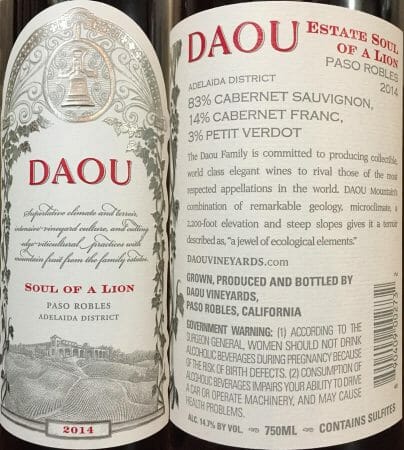 Some comments around the table were:

Surprisingly with the higher alcohol, the wine did not express that characteristic at all.

All in all, everybody was very impressed with the wine, and one person bragged when they were the last person to have a sip. The DAOU literature states, “Armed with a great tannin structure, it will certainly benefit from laying down for several years.” With the wine being a 2014 and tasting beautifully right now, we could only imagine how wonderful this wine will taste in several years.

Unfortunately, the wine is sold out on the DAOU website. The wine is highly allocated and they sell through it all very quickly every year. The vast majority of the wine is sold at the winery and to their wine club members. But, there are a couple ways to get a bottle. I searched online and there were some online stores who said they had Soul of a Lion. If they actually do, that’s another question. But the best way is to take a trip to Paso Robles, visit the fine wineries there including DAUO, and buy as much as you can. 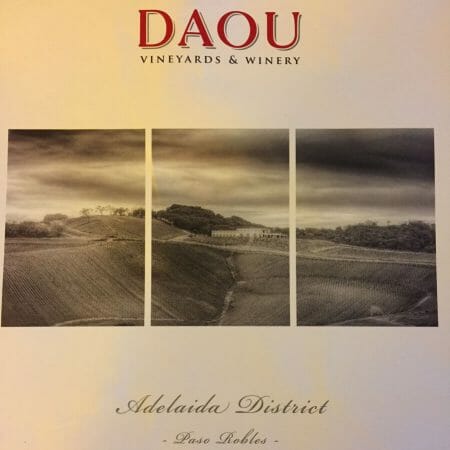 I think you have an idea of what I thought about Soul of a Lion. I have had a number of wines, but this was one wine that I did not want to put down, and I savored every taste. The only unfortunate moment is when the bottle was finally empty.