Last Sunday night, April 16, found a terrible hail storm affecting parts of Terry County, Grape Capital of Texas. On Monday morning, assessments of damage began. Fortunately, most of the county’s 3,000 plus acres of vineyards were unscathed. Some sustained small amounts of damage, while others had this year’s crop completely destroyed. According to Texas Wine and Grape Growers Association President Dusty Timmons, “It looks like it was pretty spotty. Some acres were just wiped out and others didn’t even get a rain. It is really a mixed bag.” Dusty also pointed out that some of the damage will not be visible until veraison. If the fruit was damaged, it will likely begin to split when veraison begins. Growers will keep a close eye on these vines.

Even with the devastating hail, work on the vines continues. Before the mud was dry, growers were out assessing damage, if any, and continuing the work of the vineyard. Spraying for weeds. Retying. More pruning. And even planting.

Diamante Doble Dos (Ty and Mary Wilmeth’s vineyard) was a hub of activity on Thursday morning as workers were busy planting more grape vines. These vines were the Malbec variety. The Malbec grape is a thin-skinned grape and needs more sun and heat than either Cabernet Sauvignon or Merlot to mature. It ripens mid-season and can bring very deep color, ample tannin, and a particular plum-like flavor component to add complexity to claret blends. The wines are rich, dark, and juicy.

Grape growing is a labor intensive process from the very beginning. A crew of approximately 12 men and women were involved in the planting of the grape vines. The Wilmeth’s planted 2.5 acres of grapes which translates to approximately 2,700 vines, each one handled by no less than four individuals before they were placed in the ground.

The vines themselves are shipped from a nursery in Washington. They come bundled, bagged, and boxed, and shipped in a cool container. 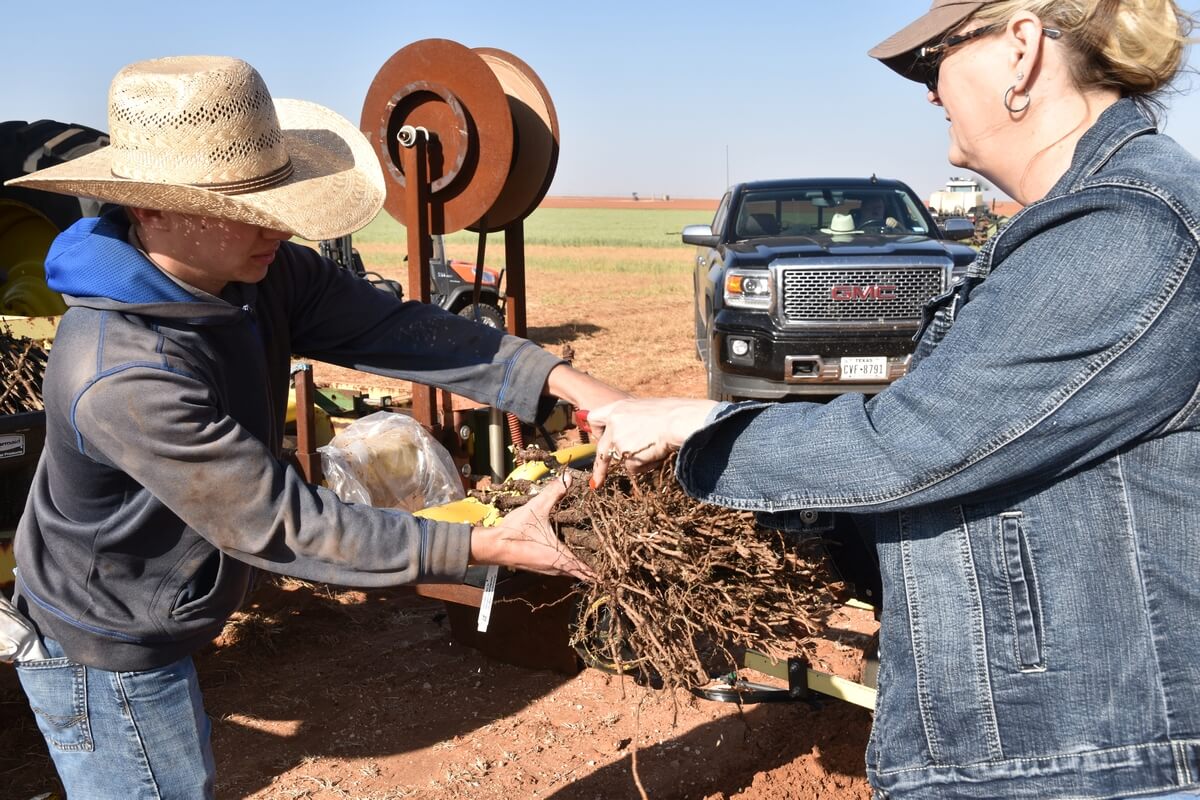 The process starts with the tractor digging the trench. The vines are then placed individually in the hole and then covered up with dirt. The irrigation tape is laid at the same time, by the same implement. The interesting thing about all this is that it is all done with one tractor and one implement. Oh, and the five individuals riding on the implement. 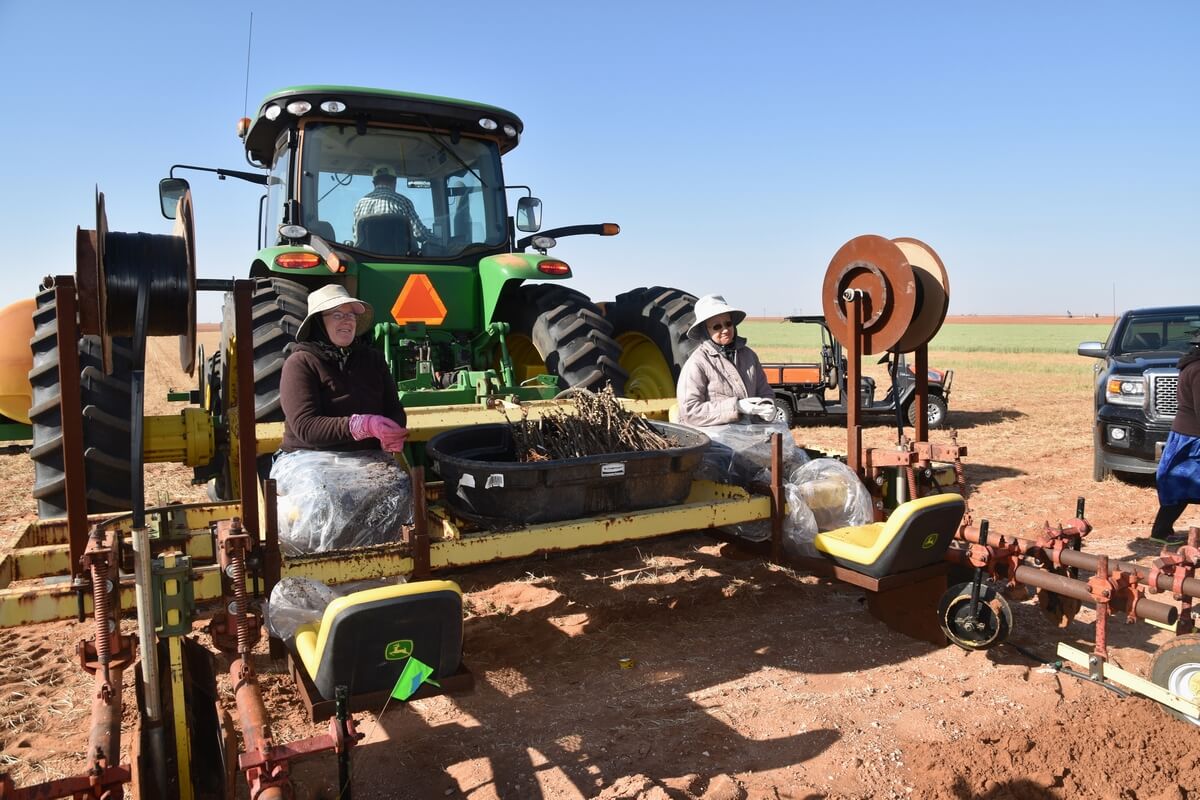 The tractor driver, makes his slow pace down the row while two individuals are seated up high on the implement. These two hand the grape vines down to two other individuals who are seated a bit lower on the planter. These two place the vines in the trench and special wheels immediately behind them push the dirt up around the vine. Several more individuals follow along behind and tamp down the dirt around the vines and watch for malfunctions with the planter. 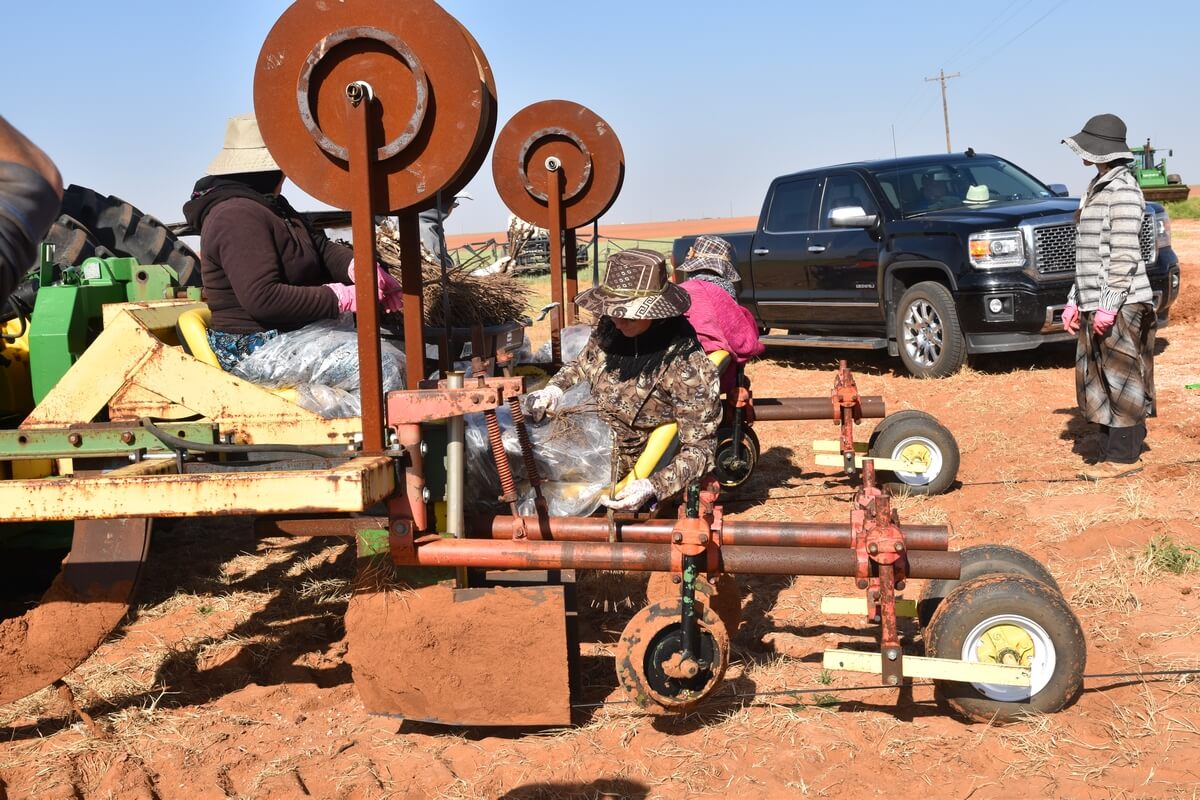 Are you thoroughly confused yet? It is an amazing process to watch. 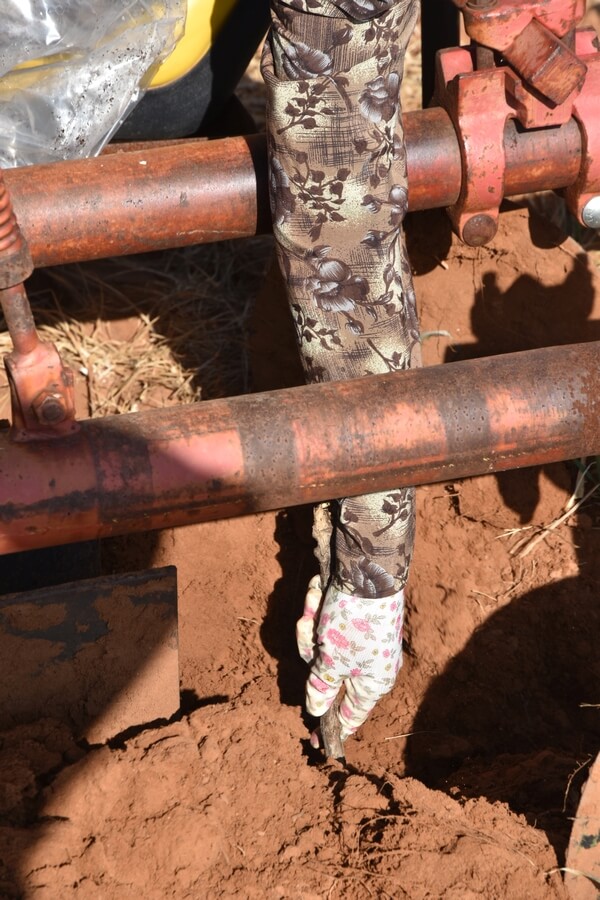 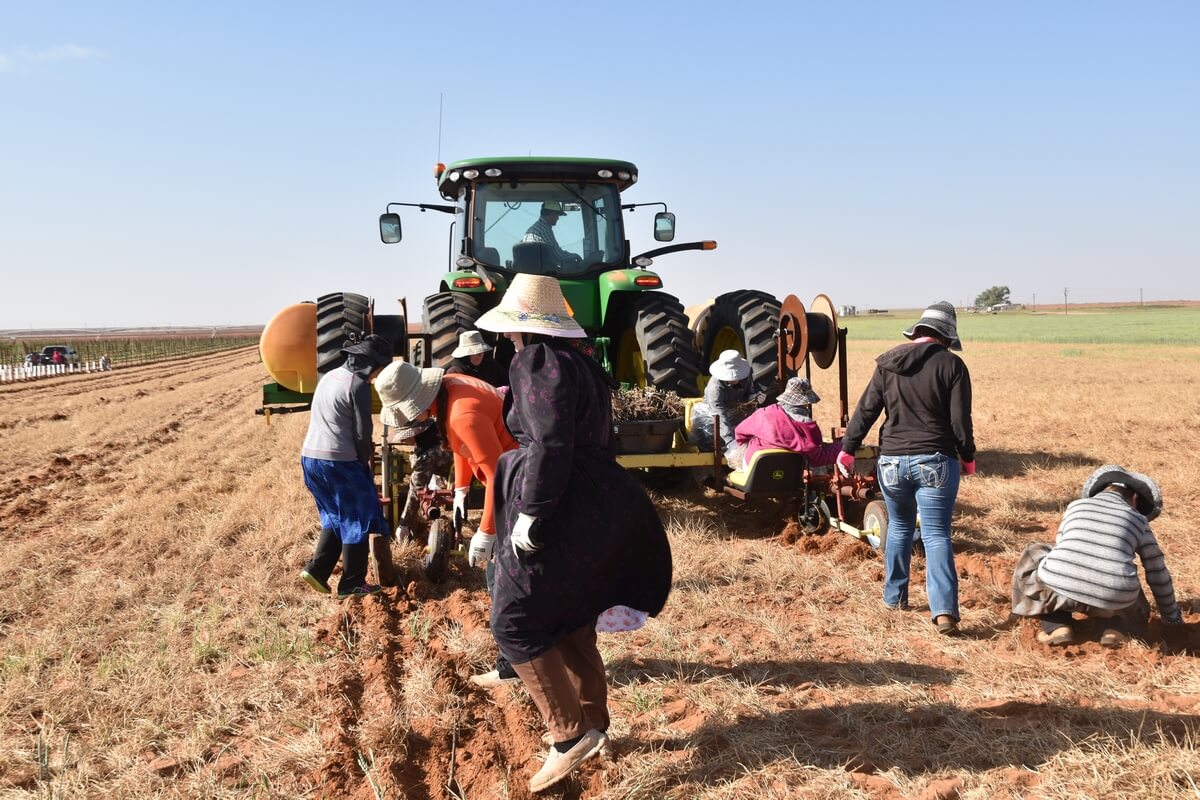 Usually, the vines will not be harvested for about three years. This time allows the vines to grow and get ready to produce, and takes stress off the young plants. 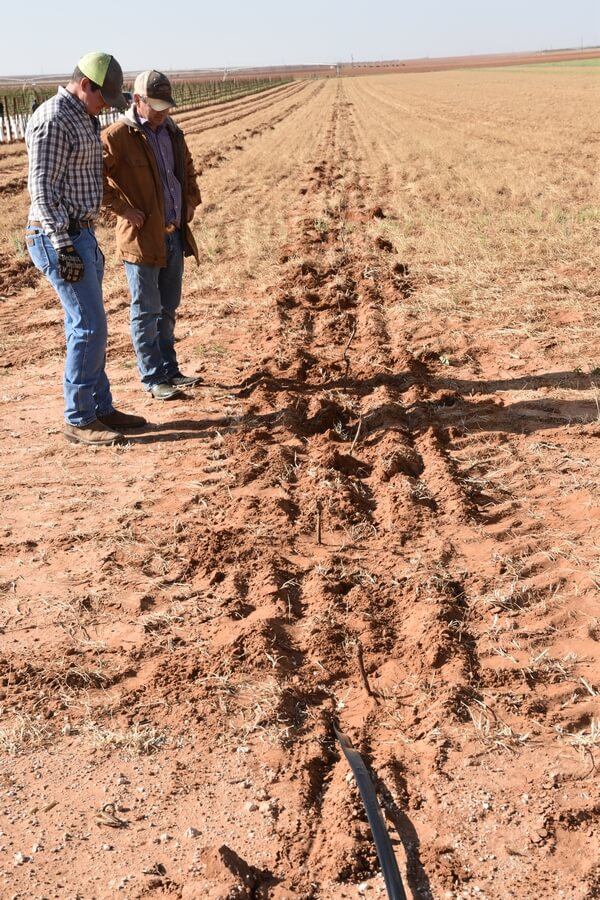 As time goes by, more pruning and tying off is done to get the vines trained for optimum production. So, look for some really great Malbec hitting the shelves in slightly over three years!