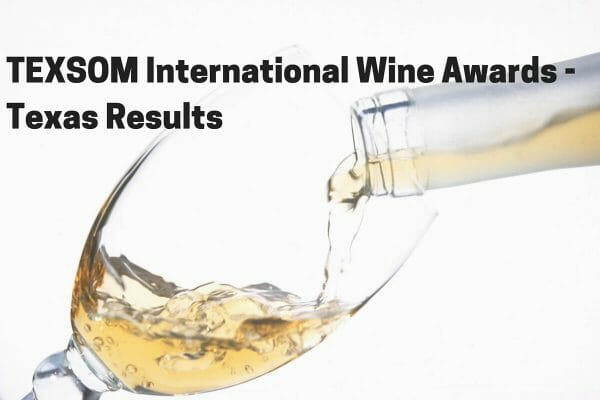 The 2017 TEXSOM International Wine Awards judging was held February 20-22, 2017. There were 3,581 entries and the wines were judged by 71 internationally renowned judges.

The results came out day by day, medal by medal and were presented on sponsor Texas Monthly’s website. There were 1,269 Bronze medals, 901 Silver medals, and 310 Gold medals given out. The Awards received 3,581 entries representing 29 countries and 19 U.S. States, a record for the competition. Suggested retail pricing of medal-winning entries ranged from US $2.99 to over US $700.00. Vintages spanned 40 years, with the oldest being 1977.

Judges selection awards were wines deemed by judges as exceptional from among their award-winning peers. The Texas wines chosen were:

Here are all the Texas winery results: