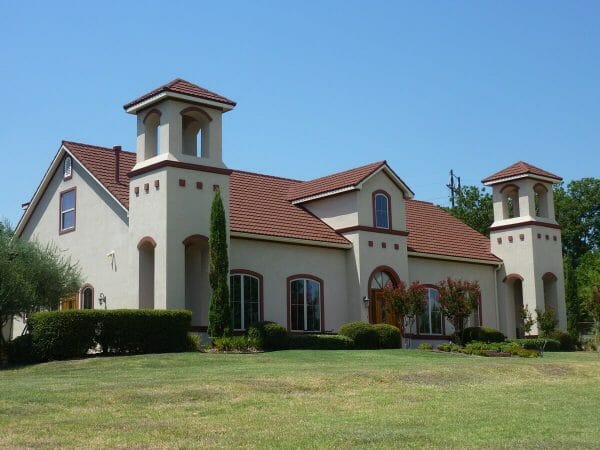 On a recent trip to the Dallas-Fort Worth area, I made a point to stop by some wineries I have not had a chance to visit in a number of years and see what is new. The first winery was San Martiño Winery & Vineyards. I met friends Pat and Howard Moeck there, who are also wine club members of San Martiño Winery. Pat and Howard praise the winery on Facebook, so I knew I was going to be in for a fun time.

I visited on a Saturday afternoon and I was surprised when I entered the tasting room that there was only one table of people currently enjoying wine. Later that evening a live music event was going to be held at the winery, so most people were probably waiting to arrive at that time. Christina Ramos is the tasting room manager and she started me on a tasting. The winery has a set tasting of four wines that they select from their wines. Pat saw me and led me to the outside patio where she and Howard were enjoying the afternoon weather.

Right outside the door though, she first introduced me to co-owner/winemaker Emilio Ramos and his wife Maria Perez-Ramos. I had not had the chance to meet Emilio and Maria before so it was nice to get the chance now. 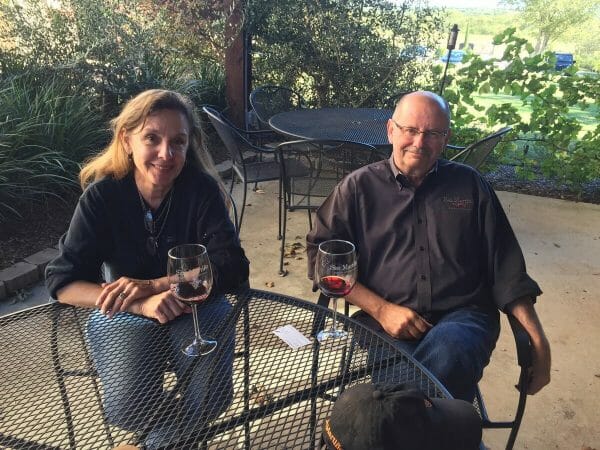 I sat with Pat and Howard and started enjoying my first wine of the tasting. Let me tell you, Pat and Howard come prepared! They were already sharing a bottle of wine and had brought a large spread of food to enjoy. We caught up on things happening in the Texas wine world while I continued my tasting of the four wines.

A short time later, Emilio joined us at the table. Pat and Howard were complimenting Emilio on the trips they had taken with the winery over the years and were looking forward to upcoming trips. The winery takes people to wine regions in and out of the country, and the most recent trip was to Temecula, California. The trips sounded like a great time, so I may have to keep up with trips coming up in the future. 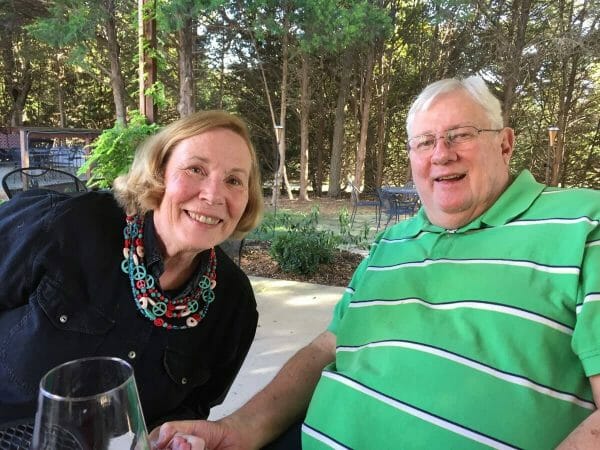 I mentioned I saw on the website how tours are sometimes given, and Emilio offered to give us a tour at that time. We first went into the tasting room and the next room was the barrel room where they also have dinners. Next was the building in the rear, which is the production building. The winery currently makes 6,000-8,000 cases of wine a year. 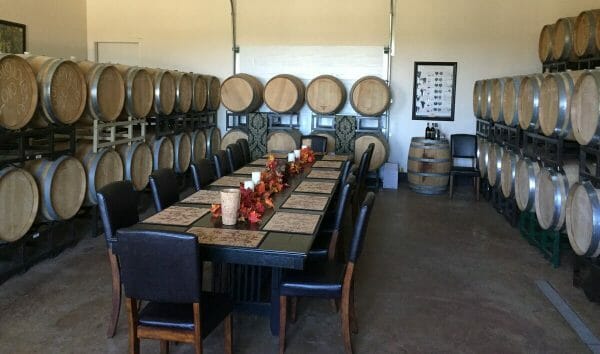 There is a one-acre vineyard in the front of the winery with Blanc du Bois. Emilio said his plans are to eventually plant more vines in the rear of the property. We returned to the outside table where I was able to finish my tasting and partake with a little more wine due to the generosity of Pat and Howard sharing the bottle they had. I learned that most of the wine bottles have San Martiño Winery on the label, but special vintages get the Ramos label. The current one is a 2012 Cabernet Sauvignon. The wine named Silk is also a phenomenal wine only made in special years and the current 2011 vintage is Cabernet Sauvignon (80%), Sangiovese (10%), and Petit Sirah (10%).

As I mentioned previously, they were getting ready for the live music event happening that night and a lunch was to be held the next day around the fire pit outside.

I had a great time visiting San Martiño Winery again, and said my goodbyes to Pat, Howard, and Emilio. If you are in the Rockwall area of San Martiño Winery, definitely take advantage of their events and great wine.