Since we live in Houston, we do not get to the northern wineries of Texas as much as we would like. It may be a once or twice a year trip, but when it is time to make that trip, I try to fit in as much as possible. Gloria was heading out of town for a conference and I was not about to just sit at home, so that meant road trip!

I took a Friday vacation day and you will not believe where I went first. I was heading to Dallas-Fort Worth from Houston, but I went first to the Fredericksburg area! Yes, I am crazy. If you look at the state of Texas, you will see that is a big triangle. However, the goal of the Fredericksburg trip was to take recent photos of the outside of wineries to complete Texas Wine Lover’s first eBook (no longer for sale). 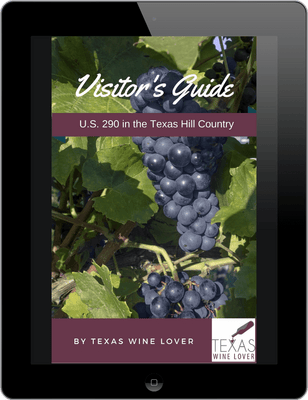 I left about 5:15 a.m. Friday morning and was at the first winery Texas Hills Vineyard at 8:20 a.m. to start taking photos. Since the plan was to take photos of all wineries along U.S. 290, I was going to start in Johnson City, go down U.S. 290, and end at Chisholm Trail Winery. If by any chance I missed any wineries because their gate was locked, I would catch them on the way back to Johnson City, because I needed to head north at that time and Johnson City was the starting point to head north also.

The first thing I learned that morning was that wineries have a lot of landscaping crews working in the early mornings getting their grounds ready for you to visit. Even though I tried to take photos without the landscaping crews and was mostly successful, I did take one photo of a worker who bent over to pick something up when I snapped the photo, and I thought he was out of the photo. When looking at the photos later though, he mostly was out of the way except he was bent in the opposite direction and I got a perfect photo of his, uh, backside (think plumber). LOL Obviously, that photo was edited later to remove him from the photo.

Thankfully, I had a camera with a long zoom lens because sometimes I had to shoot through a fence to get a photo of the winery. At the time, there were 39 wineries along the stretch of road I was going to be traveling. We had been to some wineries recently, so I was able to skip those, but by the time I got back to Johnson City, I had taken photos of 34 wineries. I did have to take a break on the way back from the west side of Fredericksburg at one winery to quench my thirst, but I was able to take photos of all 34 wineries in four hours. Not too bad and I was still on my schedule.

On the way to Dallas-Fort Worth, I had to first stop at Kissing Tree Vineyards that Texas Wine Lover had written about already, but I personally had not had the chance to visit. I had met co-owner Chris Grider before when Kissing Tree participated in our Discover Wine Festival, but unfortunately, he was out at the vineyard that day. I still enjoyed a great tasting at Kissing Tree Vineyards, and I would recommend visiting the beautiful tasting room if you are in the area. 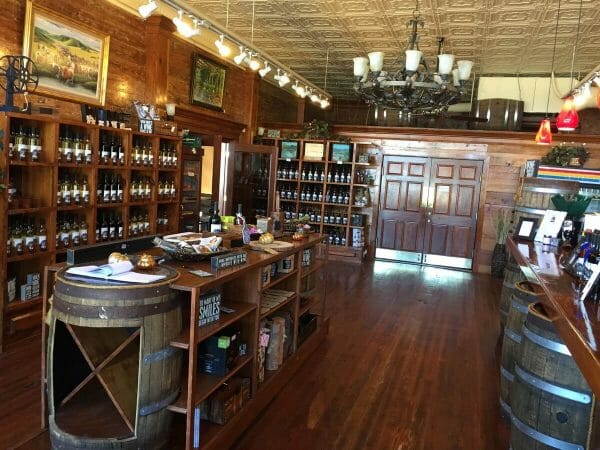 My next visit was changed slightly from what I had planned a few days prior, but I decided to head next to Fortunata Winery, which is north of Dallas-Fort Worth. I was hoping I could avoid Dallas rush hour traffic, but sadly, I was wrong. Even taking a toll road, it was still almost bumper-to-bumper traffic. I arrived at Fortunata Winery just before it got dark so I could at least see where I was going. I was able to have a nice meal and great wines while meeting the owners for the first time. Overall, it was a great visit at a new winery.

It had been a very long day, so I headed to my hotel that was located in McKinney. But wait, remember this was a short weekend and hey, there’s a winery in McKinney. I took a slight detour and headed to Landon Winery in McKinney. It is not always fun going to a winery by myself, but after I got to the winery and stood at the tasting bar, Whitney, who has been with Landon Winery for a long time, helped me get a glass of wine and then kept me company while not helping other people. It was a nice finish to the evening before I headed to my hotel.

Saturday morning came and I had an appointment with Chris Hornbaker and Dave Potter at Eden Hill Vineyard to record a podcast episode. We recorded the podcast, and it was no surprise that Chris and Dave did an excellent job. It was time to do a tasting of Eden Hill’s wines, including the Gold medal winner Albariño/Viognier blend at the San Francisco International Wine Competition. Eden Hill Vineyard is winning many awards recently at wine competitions and I could see why. Chris then gave me a couple sneak peaks of wines from the tanks in the winery. It was exciting to taste a Negroamaro, a southern Italy variety that I have not seen a Texas wine made from yet. Things are looking up at Eden Hill Vineyard and the staff was amazing during my visit. 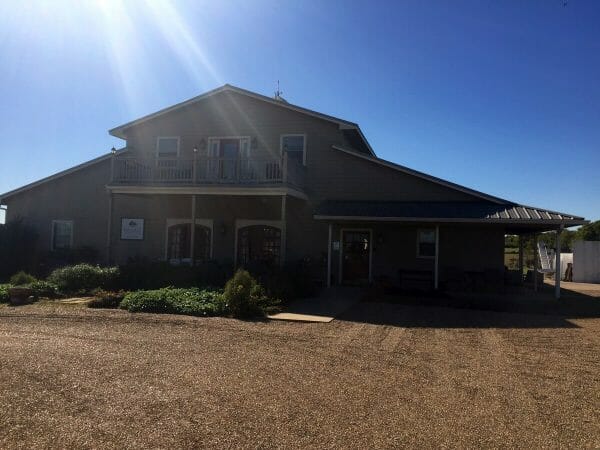 I had to leave for my next appointment and meet friends Pat and Howard Moeck at San Martiño Winery. I have been to San Martiño a couple times, but as I said earlier, visiting alone sometimes is not fun. This time though I was meeting friends that I could enjoy sitting with during my visit, and I definitely had fun. Pat and Howard are devoted Texas wine lovers, and having co-owner Emilio Ramos join us during my visit was just icing on the cake. Unfortunately, most wineries in the northern area tend to be open only from 1-6 p.m., and since my time was short in the Dallas-Fort Worth area, I had to leave for a winery I had not seen in a while. San Martiño Winery was the second winery so far that day that I could easily have stayed longer, so my revisit to the winery was a success.

I headed north to Lenoir-Sage Vineyards and arrived before closing time. Actually, they were not ready to close because they were getting ready for a party that evening too. Co-owner Michael Wiggins greeted me and even after four years since my last visit, it was nice when he said he knew of Texas Wine Lover. I enjoyed a tasting and talking with both Michael and Adell Wiggins, so my return visit was worth the drive.

It was time to head back to the center of the Dallas-Fort Worth area and it was still a little daylight outside to help me with the traffic on the highways. I was heading to Larue Vineyards and I was about to find out about the winery that some I talked to in the area had not heard of yet. I think Texas Wine Lover helped in that regard, because my visit was very informative and owners Gillian Goldthorpe and Cleve Joiner definitely show their passion toward wine and the hospitality they provide their customers. 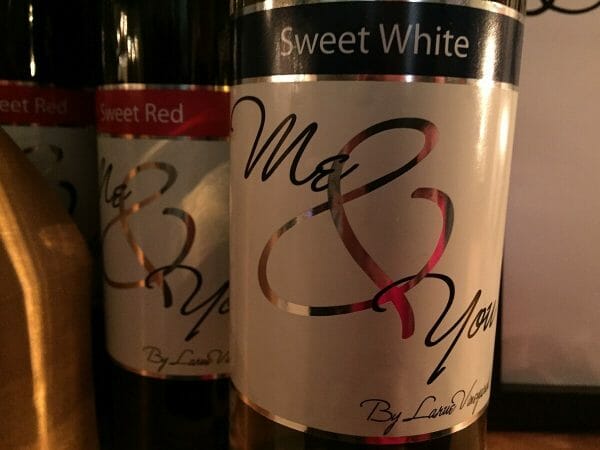 Saturday was going to be another long day because I had one more stop planned, and it turned out that it was a perfect ending for the day. I went to the Cedars Neighborhood of urban Dallas to find Checkered Past Winery. I was not the only one, because a pub crawl was happening that night and I had trouble finding parking near the winery. That is okay because I enjoyed the walk. I first met co-owner Carolynne Chancellor and then co-owner/winemaker Sandro DiSanto. Even though the winery has its own Texas wines, they offer wines from other wineries in Texas, outside of Texas, and also local beer. I loved the style of the winery and I could see me owning a wine pub like that. I stayed much longer than I had planned after another busy day, but I was having a great time.

I said goodbye to Carolynne and Sandro as it was definitely time to call it a night. My mini-weekend to the Dallas-Fort Worth area had been very busy starting very early in the Fredericksburg area, but it was definitely worth the many miles and time I spent in my car. The next time you need to visit some Texas wineries, do not forget there are some great ones in the northern part of Texas.

.
< Previous
Next >
Please Support Our Advertisers
If you find the site and mobile app helpful and want to help with the expenses: Donate Now