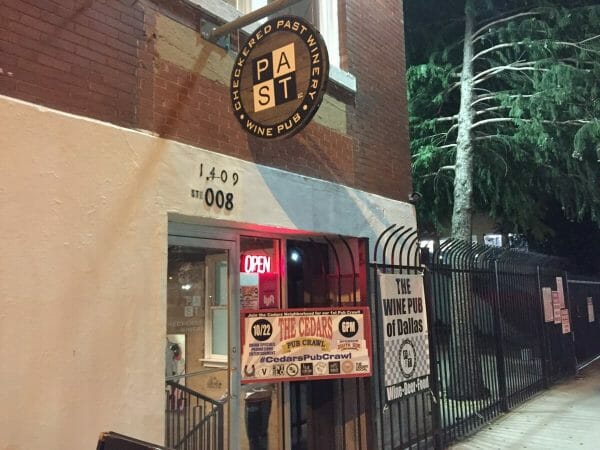 Checkered Past Winery is located in Dallas and is owned by Sandro DiSanto, Carolynne Chancellor, and Sandro’s brother-in-law Scott Relyea. Sandro DiSanto is also the winemaker and comes from a Sicilian winemaking family. The winery is more of an urban wine pub with their own wines, wines from other wineries, and local beer. Carolynne Chancellor is also the owner of Noonday Vineyards in Tyler. The winery opened December 5, 2015 on the south side of Lamar in the Cedars Neighborhood of urban Dallas.

I visited the winery on a Saturday night and it turned out to be the day the neighborhood was having their first pub crawl. Parking was difficult, but I could understand why people were there. There were a number of bars participating in the pub crawl and customers could go from one to the next. 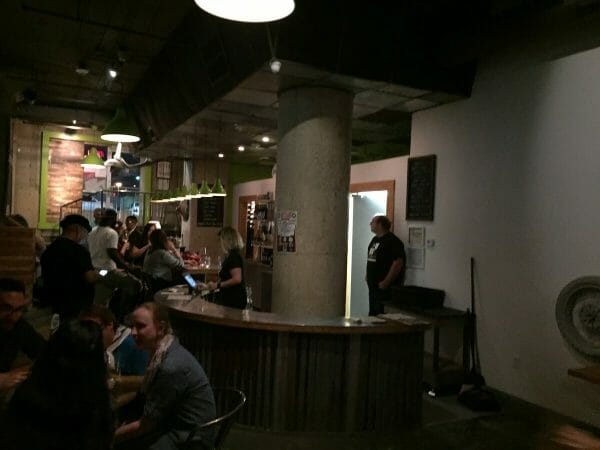 I found Checkered Past Winery on a side street off Lamar and after going down the stairs inside the winery, I checked (no pun intended) the place out. You first encounter the steel countertop tasting bar and on the other side of the establishment is a lounge area with couches and tables. In the lounge, a band was playing. I went back to the bar and met Carolynne Chancellor. Even though the winery was very busy with the pub crawl happening, she explained details about the winery. I sat at the bar and for a tasting fee, I chose four wines for a flight. 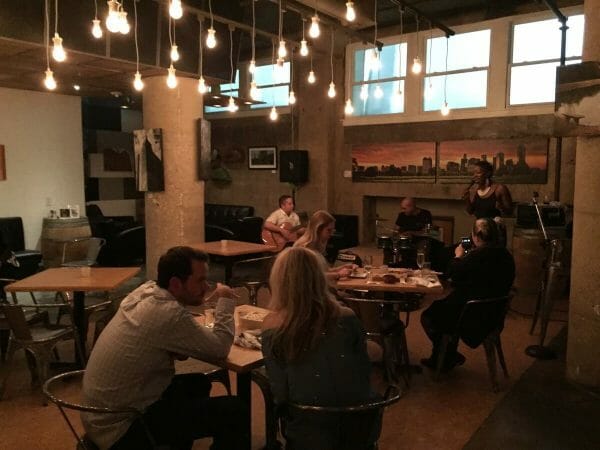 Checkered Past Winery currently works with wineries in the High Plains and North Texas to help make their wines. These wines were available at the time of my visit:

Besides their own wines, they offer wines from other Texas wineries. Just a small sampling of some of the wineries available are: Lost Oak Winery, Los Pinos Ranch Vineyards, Llano Estacado Winery, Blue Ostrich Winery, Messina Hof Winery & Resort, and McPherson Cellars. Wines are also available from other states and countries. 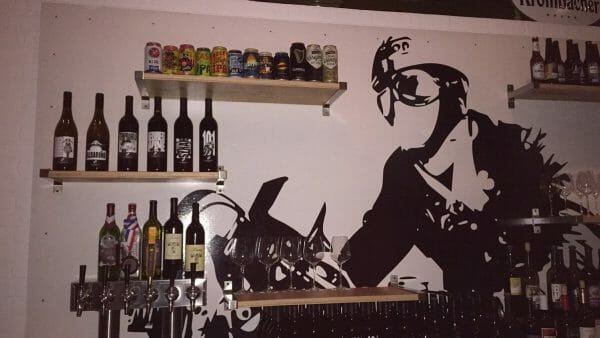 Since it was pub crawl night, one of the offerings in the winery was to have your face painted. When I walked in, Sandro was having his face painted and I learned later that the Day of the Dead face painting was courtesy of eating a very hot pepper. 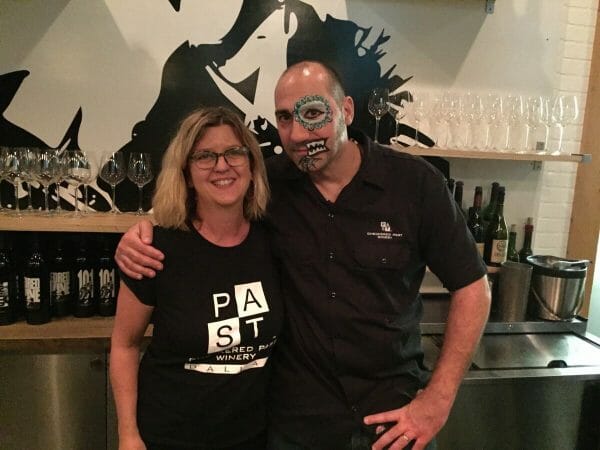 Even though the winery was busy because of the pub crawl, both Carolynne and Sandro took time to talk to me. I saw from Facebook in the past year how Checkered Past Wineries would have days where they would compete Texas wines vs. other wines in blind tastings. I was told that Texas wines fared very well.

It was near dinnertime, and customers were taking advantage of Checkered Past Winery’s food offerings such as flat bread pizzas, meat and cheese boards, small plates, breads and spreads, and desserts. 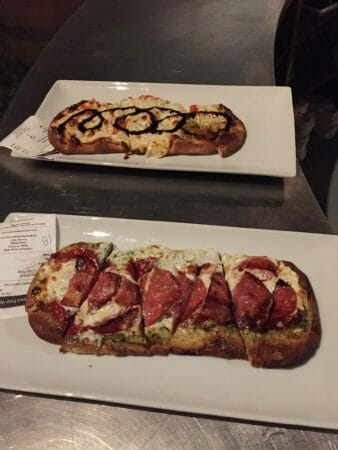 Besides the live music that was playing, the winery also offers wine classes and wine pairing dinners.

I had finished my wine flight but I was having a great time, so I opted for a glass of wine. While people watching, I also talked to Sandro and Carolynne when they had a break. I learned that Sandro was a previous winemaker at Tara Vineyard & Winery. He showed me some wine bottles of wine he had made while he was at Tara including a Dolcetto that he was proud of making from grapes from Bingham Family Vineyards. The next minute I know, I was tasting some of the Dolcetto and oh, it was good. Needless to say, I was then enjoying a glass of it. With Sandro guiding the winemaking of Checkered Past Winery, I am sure the wines with the Checkered Past Winery label will be very good.

The night was getting late for me after a long day, and I was surprised I stayed as long as I did at Checkered Past Winery, so I must have been having a great time. After thanking everyone and starting to leave, I was wishing there was a wine pub like Checkered Past Winery near where I live.