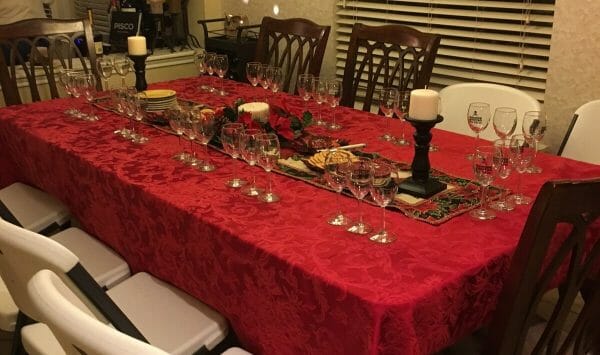 It was May 2015; my wife Patricia and I were in San Antonio for the weekend. I called my sister Gloria to find out what she was doing. She told me that she and Jeff were in Fredericksburg doing some wine tastings and asked us if we wanted to drive over to join them. We did, and we were introduced to Texas wines. It was love at first taste.

Fast forward to December 2016. Several trips to Fredericksburg and several wine club memberships later, we have acquired a decent stock of Texas wine. During this time, we have hosted a number of receptions and introduced, in turn, several friends to Texas wines. 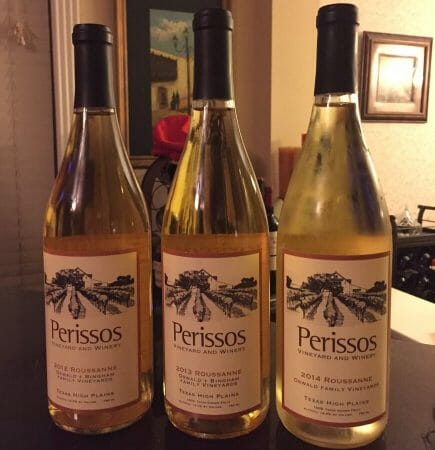 Looking through our wine inventory, I noticed that we had some bottles of Perissos Vineyard’s Roussanne, 2012-2014 vintages, so we decided to invite a few friends for a vertical tasting. We named it a “Celebration with Roussanne.”

We asked our friends to come at around 7:00 p.m. As they arrived, we had a preliminary introduction into the Texas wine industry. We talked about different wineries, varietals, and the growth in popularity of the wine industry in Texas. In fact, one of our guests, Susan, had recently visited Perissos with a group of friends. 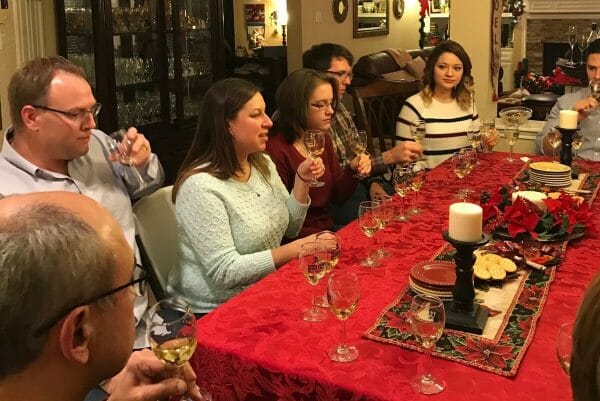 We then continued with the wine tasting itself. Something that struck everyone immediately was the difference in color between the vintages. The 2012 and 2013 Roussannes were noticeably darker than the 2014, but the disagreements started when we actually tasted the wines. After an exchange of opinions about flavors and aromas, I couldn’t help notice that the older participants liked the 2014 (younger) wine better while the younger participants preferred the 2012 (older) wine. 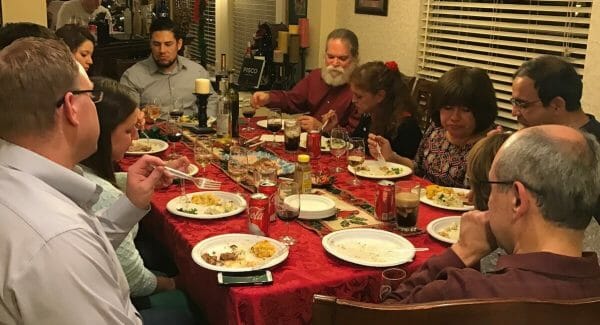 When the wine tasting was over, we proceeded to have an authentic Peruvian dinner: Ají de gallina, roasted pork, and ensalada rusa to finish off with flan for dessert. We continued through the night with some karaoke accompanied, of course, with more Texas wine.

Before we knew it, it was past midnight and our guests started on their way back home. Time flies when you are having a great time enjoying the best Texas has to offer, so our party came to an end. So, until the next wine tasting and in the meantime, see you on the wine trail!