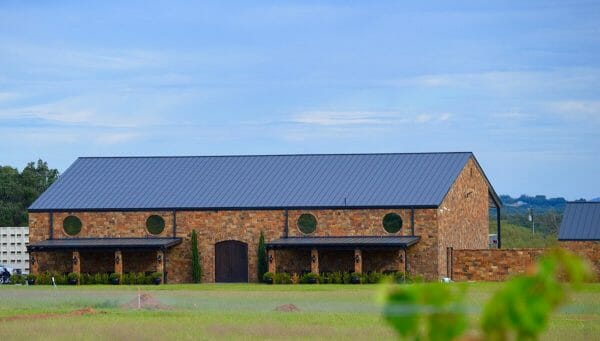 As we previously reported, the winery known as Yates is now called Ron Yates. While in the Hill Country for a day trip, we stopped by for a tasting at Ron Yates. Appointments are still being taken at Ron Yates, so please call ahead until they are open with full working hours. The winery is owned by Ron Yates, co-owner of Spicewood Vineyards, along with his mother, father, and sister. The winemaker is Todd Crowell who also does the winemaking at Spicewood Vineyards.

Ron Yates is located on US 290 between Johnson City and Hye, Texas, and opened mid-September 2016 for appointments. From what we learned at the media event, a pavilion will soon be built on the 15.8 acre site to handle tastings with a 5,000 square-foot tasting room being built later including a large underground cellar for aging the wines in barrels. Once the tasting room is open, the pavilion will then become the wine club area. Along with the pavilion, plans are to build a swimming pool with rentable cabanas and an outdoor kitchen near the pavilion. 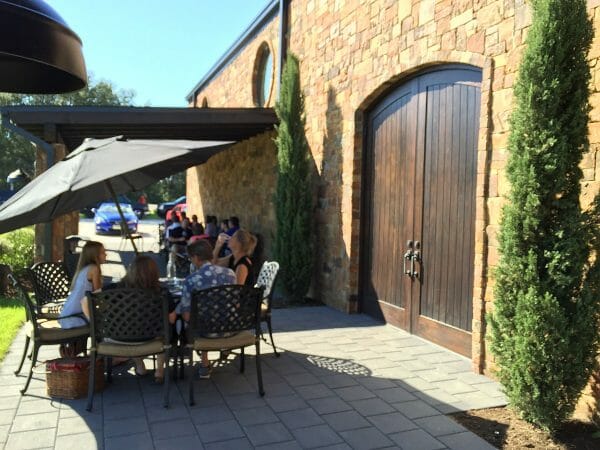 Tastings right now are being held on their covered patio. There is a tasting fee and the tastings are poured from the bottle. When we were there, these were the wines being tasted:

Production is busily happening at Ron Yates. Since we attended the media event, more bins are filling the production floor space in the 6,000 square-foot building. The bins with plastic on top have already gone through fermentation and are just waiting for barrels, which will be arriving soon. Other bins are going through their punch down phase of fermentation. Some stainless steel tanks are already full of wine and others are waiting to be filled. An attached 1,800 square-foot covered crush pad is located at the rear of the building. 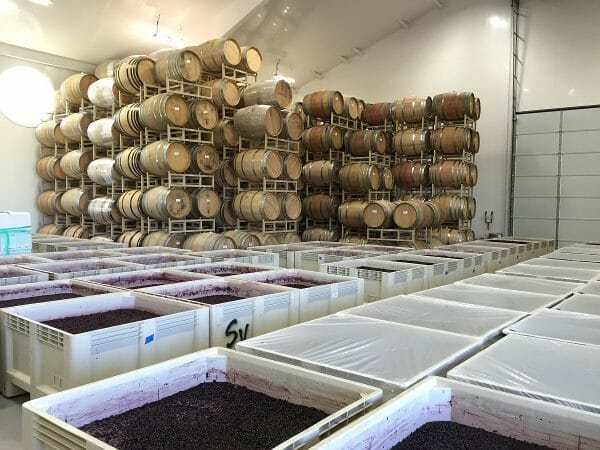 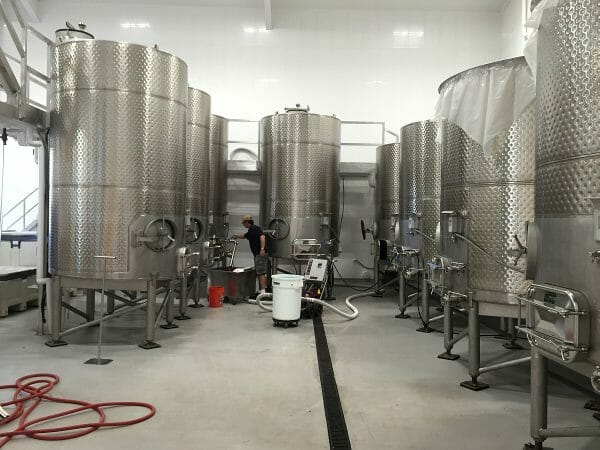 The winery is taking names for the wine club, so you might be interested in that after tasting their great wines. You definitely will not be disappointed in making an appointment and visiting the winery.