Periwinkle hosted Iron Sommelier 2016 on October 20 at The Houstonian Hotel. The four-hour event had 14 of Houston’s best sommeliers competing for the title of Iron Sommelier. Six hundred people enjoyed the evening of wine and food, along with entertainment and charity. More than $270,000 was raised for Periwinkle’s Camps, Arts, and Survivor programs for children, teens, and their families challenged by cancer and other life-threatening illnesses. 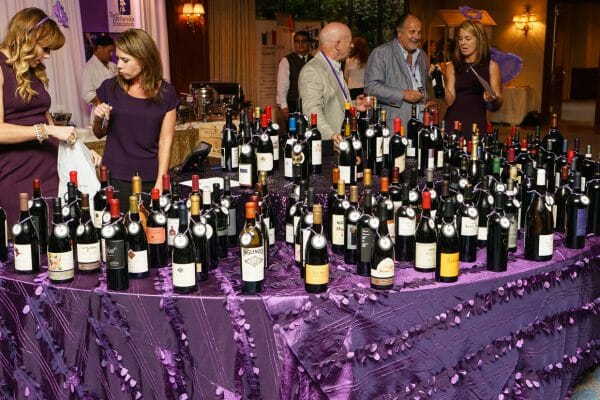 Upon entering the event, the wine pull was front and center where people could pull from over 100 bottles of wine donated by collectors with the finest cellars in Houston for a donation. Alongside the wine pull was some fabulous brisket and some wines and Japanese whiskey to entice the taste buds.

Once inside the main room, tables surrounded the outside of the room where the sommeliers offered tastings of the wines from the theme they chose. In the center of the room was a silent auction area including donations from Texas wineries William Chris Vineyards, Nice Winery, and McPherson Cellars. A children’s framed art sale and an Iron Sommelier wine case hand-selected by last year’s Iron Sommelier, Evan Turner, was available for more fundraising. 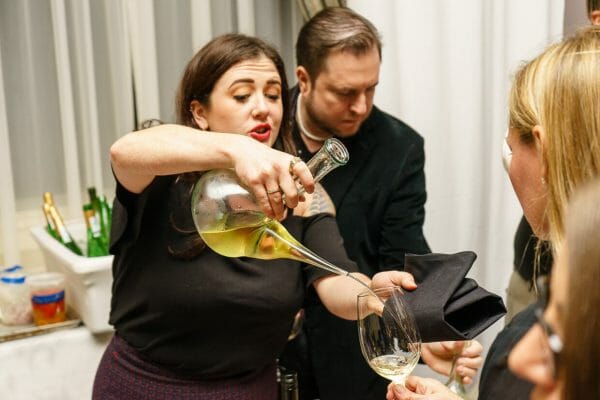 However, let’s talk about the wine! There was a selection of three wines based on the theme each of the sommeliers chose. Multiply that by 14 sommeliers and that’s a lot of wine, which unfortunately means you’re using a dump bucket. All the wines were fabulous and it was very difficult to dump wines such as Châteauneuf-du-Pape of France and Penfolds of Australia. The food pairings at each station also complimented the wines wonderfully.

These are the sommeliers who were there along with the theme they chose in alphabetical order by their last name: 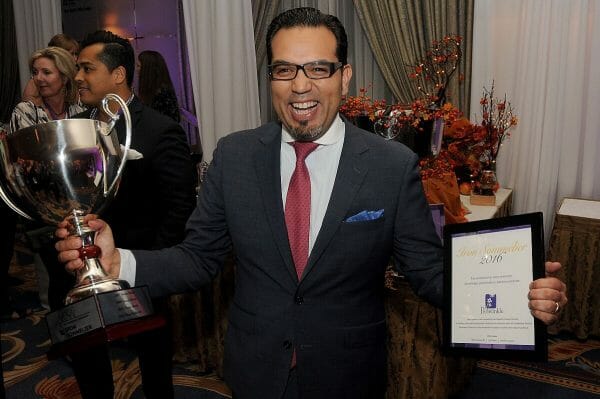 At the end of the evening, Christian Varas of River Oaks Country Club was crowned the title of Iron Sommelier 2016. These were other awards: 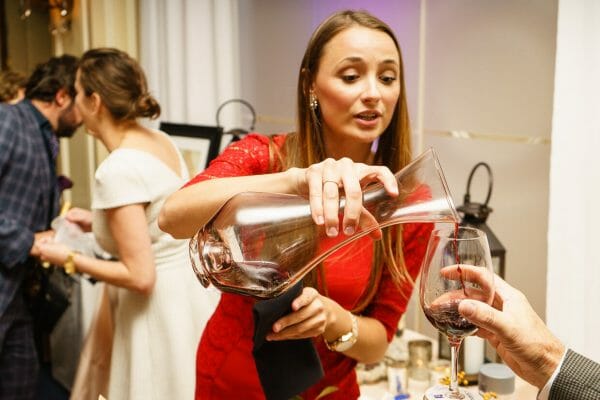 It had been another great Iron Sommelier event. Look for announcements next year when tickets go on sale!

Photos by Jim Rector except where noted.