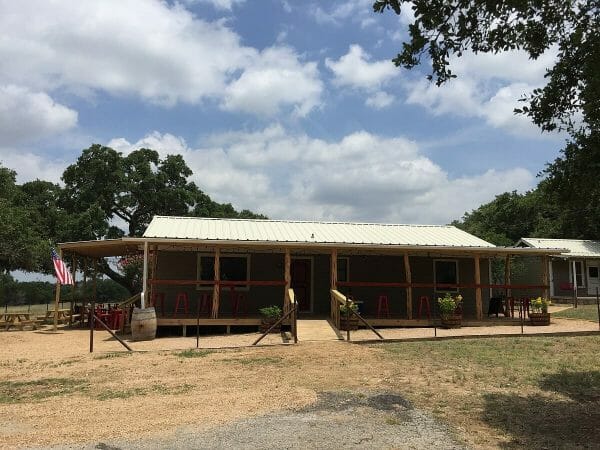 Vinovium is a new winery along U.S. 290 in Johnson City. It is owned by partners Craig Mayer, Daniel Kelada, Travis Graves, and Allen Lucarelli. Vinovium Partners, which has been in business since 2012, is actually behind the Vinovium winery. The winery just started doing soft openings on July 2, 2016, and will continue to do that on weekends until the Grand Opening on October 15. We were able to visit the winery a week after the first soft opening.

The winery is very easy to find since it has its own road right off U.S. 290 with big “Winery” banners along the road. We were hoping to visit when the winery opened at 10 a.m., but fortunately they knew we were coming and let us know they were going to be a little late in opening that day. Since we were almost there, we quickly came up with another plan and were able to visit later in the day. 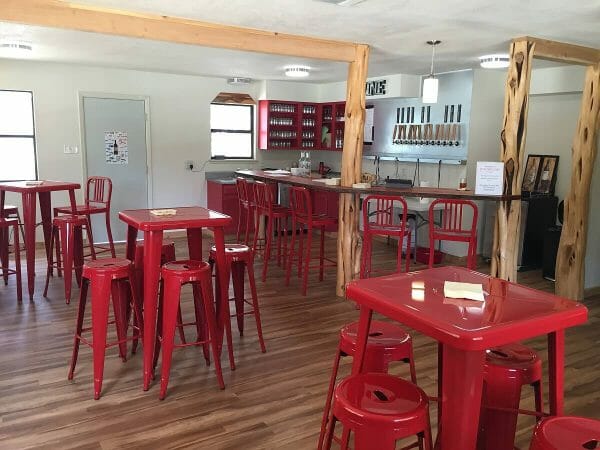 The winery has a nice tasting room, a production building, and a future building that will be used for a coffee house next door on the 29-acre lot. Vinovium Partners has always been known for their keg wine and the tasting room continues with that theme. Behind the tasting bar along the wall are 12 taps for pouring wine from the kegs with the room to add more if needed. A growler program is available where people can buy a growler of wine to go and later return to refill the growler. Depending on the wine, growlers can last at home for 6-10 days. Appropriately enough, the tasting room is called the Growler Lounge. You cannot buy a bottle of Vinovium wine on tap right now, but there are some other bottles of wine that can be purchased. 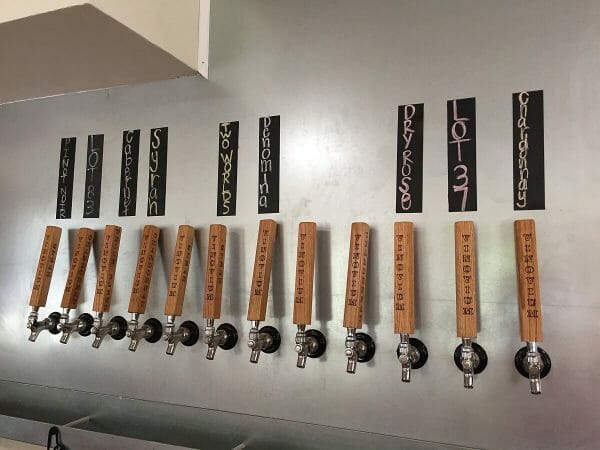 Daniel Kelada was the sole person at the winery when we arrived and we received a quick tour of the tasting room. I said sole person, but the maître d’ was present, and that was Nacho the winery dog. Daniel then started us into a tasting.

Tastings are done while sitting at the tasting bar or at a table. There is a tasting fee for six wines which are served from—you guessed it—a growler. Tokens are used for tastings to make it easier for the staff, and can also be applied toward glasses of wine. Speaking of glasses, the glasses used for tasting are not wine glasses, but what Daniel called Old World style glasses. The good thing was that you can still swirl the wine in the glass. 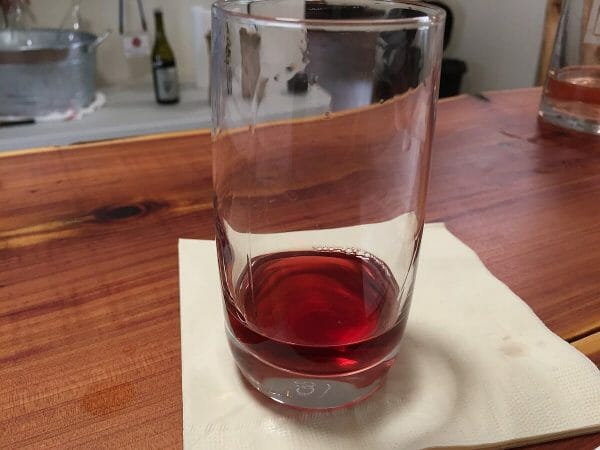 Vinovium will use Texas grapes if they can and right now, four of the 10 wines are Texas wine. Every wine for Vinovium is currently made by another winemaker, and there are some notable Texas winemakers currently making the wine.

These are the wines which were available for tasting when we were there:

During our tasting, co-owner Travis Graves arrived and we got a chance to meet him and his wife. Later, co-owner Craig Mayer arrived too.

As expected with Daniel being involved, education will be big at Vinovium and they will be offering courses. The winery will have three different wine clubs still to come including a growler wine club. Picnic tables are available outside for when the weather is nice to enjoy a glass of wine.

As usual, any new winery is learning when they first open, but Vinovium has already made a good start with a large selection of wines including some Texas wines. Stop by the next time you are on your way to Fredericksburg to visit the new kid on the block.