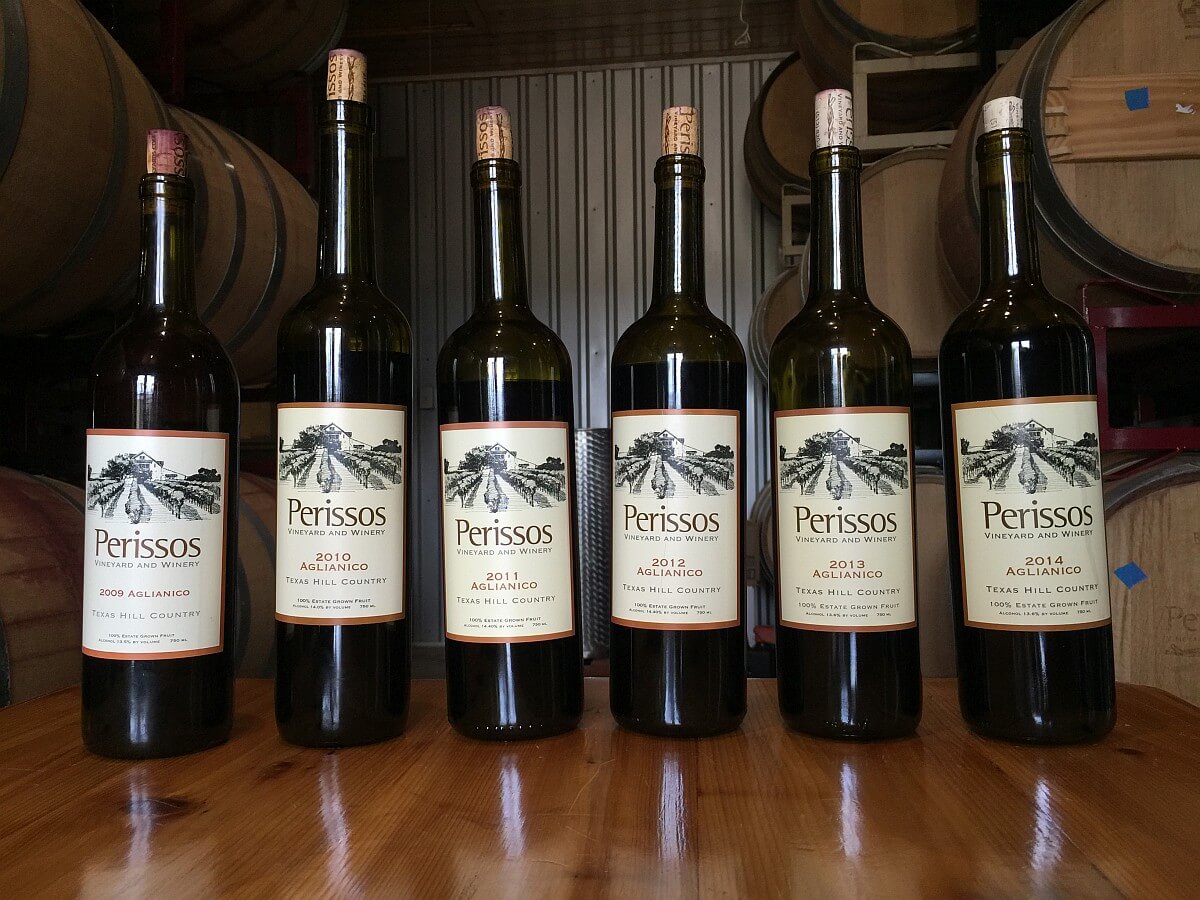 The tasting was complimentary and all opinions are our own.

Back on Independence Day 2013, the first year of our traditional wine tasting trips on the holiday with good friends of ours, we were heading back home after a long day of wine tasting. We had plans to stop at Perissos Vineyard and Winery, but had already made a few tasting stops and were kind of worn out. Some of our stops were great and some not so great, and we were thinking of skipping Perissos. However, we realized that Perissos was literally five minutes off our route back to our friends’ place, so we decided to stop by anyway. We have been impressed by them ever since, and our relationship with owners Seth and Laura Martin and the staff is like family. We live in Houston and do not get there as much as we would like, but our visits are always special.

When we visit Seth, often times he pulls us aside for a quick trip in the vineyard to see how the vines and fruit are doing—or into the tank room to taste something he’s working on. This trip we were blown away when Todd, a familiar face at Perissos, told us to grab our glasses and follow him. We went into a room where wine was aging in barrels, and Seth had set up a “vertical” tasting of their Aglianico vintages 2010 through 2014. I could not believe my eyes! One of my favorite varietals with five wine glasses ready for a time travel tour of their Aglianico. 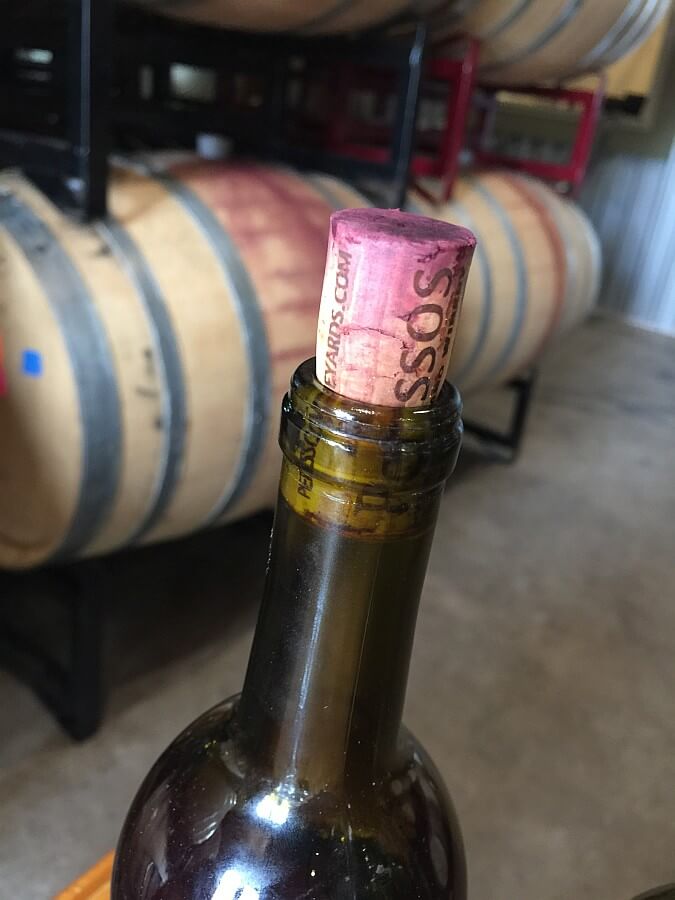 A “vertical” tasting is simply the same wine by the same winery for a number of consecutive years. These tastings typically start at three years minimum. It should be noted here that Perissos’ 2012 and 2014 vintages took “Best in Class” awards at the San Francisco Chronicle Wine Competition. These wines are to be tried if you have the opportunity. Seth poured out the five vintages, told us to enjoy ourselves and left for a few minutes. My wife Carole and I started sniffing and sipping through the wines and after a few minutes, Seth returned with a big smile on his face and said, “I found a bottle of 2009.” Our five year vertical went up to a six year vertical!

I’m not sure what made Seth decide to let us in on this special experience. He knows that Aglianico is one of my favorite wines to drink and we’ve had a few conversations on how (in my opinion) I think Aglianico is the sweet spot for Texas wine, maybe even over Tempranillo. It’s not an easy wine to make due to the strong tannins in young wines and high acidity in wines of this type but made right it can impress even the most particular red wine lover. It’s a “full-bodied” red that was originally found in southern Italy. If you’re a fan of spicy, earthy wines, you’ll like wines from this grape. 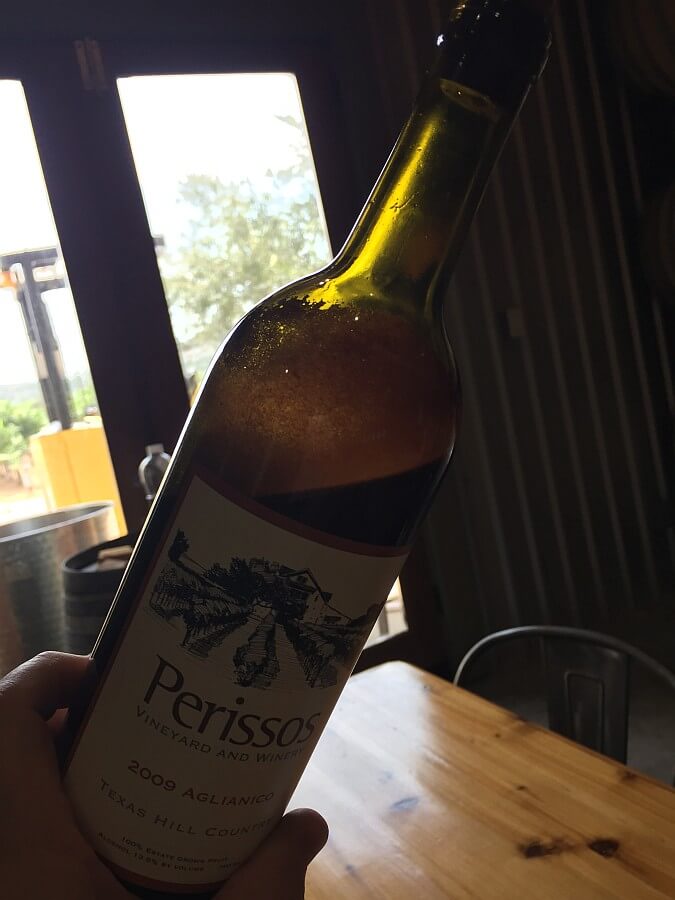 So here we were, seated in the barrel room at a small table with six years of Perissos Aglianico. We had a meat and cheese plate, a few crackers, some water, and we continued tasting through the wines. I’ll give a quick breakdown of my impressions of each year but generally all the years were holding up great! Some were more “fruity” than others which gave off a slight perception of sweetness in the beginning but all finished nice and dry.

Note that I am in no way a sommelier or even consider myself to have good tasting skills. I simply taste and decide whether I like it or not. I can also give a few basic impressions. So here are the notes that I took while enjoying the vertical tasting. 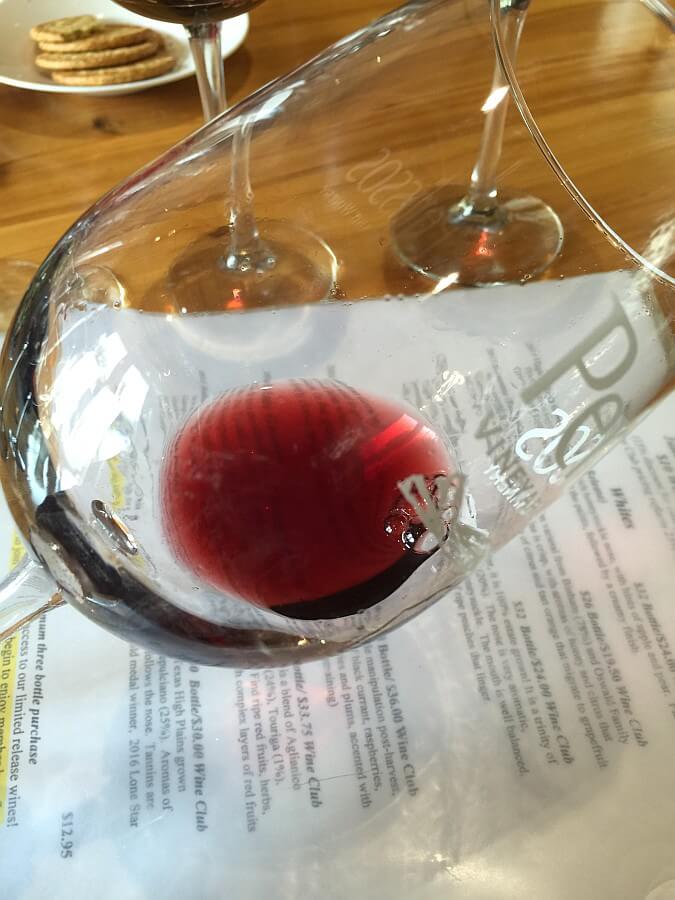 2009 – A great nose. Close to being the most fragrant of the group. It had what I call a “dusty” characteristic, something I like in red wines. I don’t know what a real taster would call that, but that’s my description. The “fruitiness” of the wine is holding up and something about the nose is so nice.

2010 – Still holding up nicely. This one is bone dry from mouth to finish. Still good fruit. Maybe not as much structure as the others.

2011 – This one is great. There’s a fruitiness that makes it seem sweet, but it’s dry on the finish. This was a drought year and the alcohol is higher, but you wouldn’t really notice when tasting.

2012 – Award winning year for this wine. Another year with a “dusty” character. Probably has the most fruitiness of the group. I got notes of cinnamon or “Christmas” spice. A great wine.

2013 – This is a great wine. Dry and hints of “dried flower” on the nose. My humble opinion is that this one is coming into its prime.

2014 – Just released to wine club members in the last quarter. Also an award winning year. We were surprised at how “soft” it is for such a young Aglianico. I’m looking forward to see how this one does over the years.

Again, these are just my amateur impressions. They are all great in my opinion. Each has a special character of its own. I would buy any of them if available. If you were to ask me my favorite, I might say that’s like asking me to pick a favorite out of our four children. But push me for an answer and I’d say the 2009 for its unique nose and the dusty character of the wine. I’m not sure how much longer it will last, but I know I enjoyed it immensely. We even liked the crusty film that had started on the inside of the bottle. The 2012 was probably a close second. 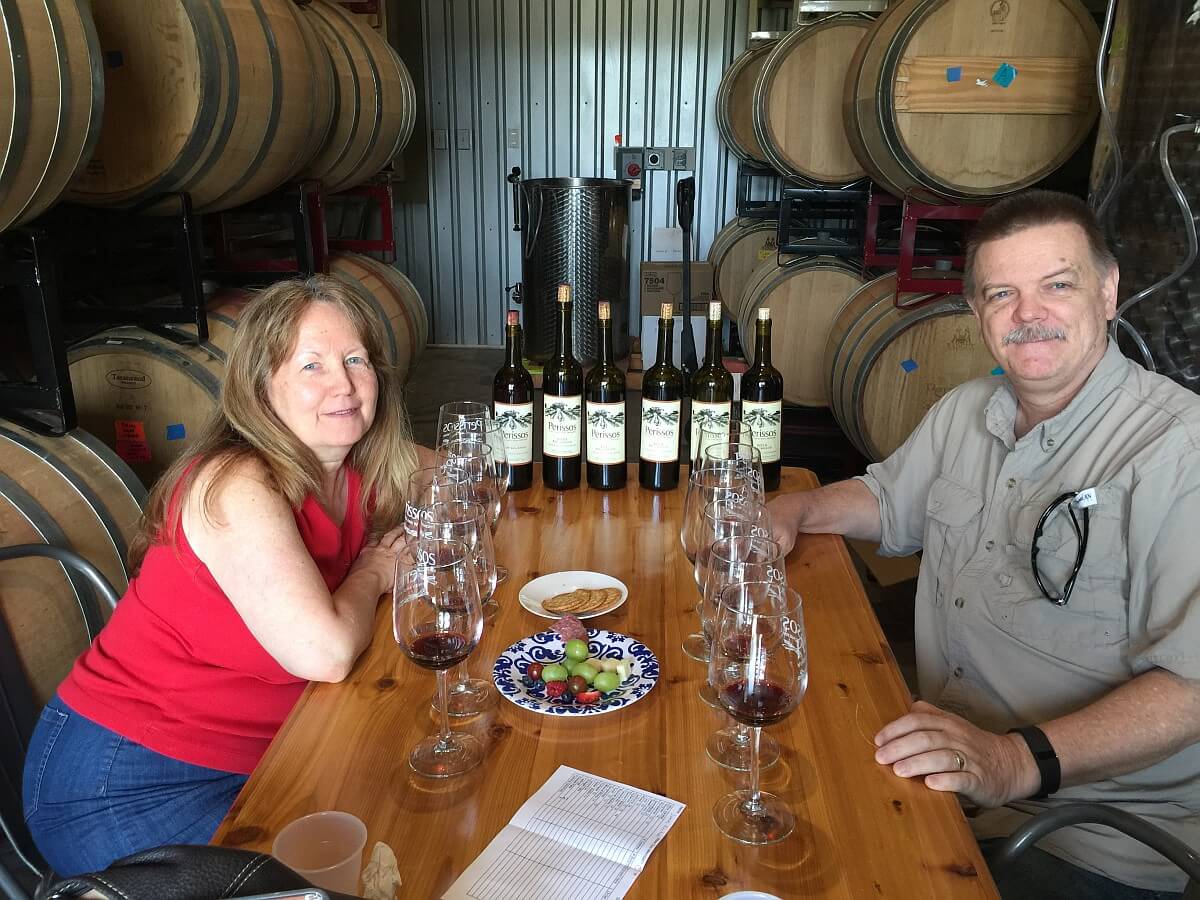 Thanks go to Seth Martin for giving Carole and me a once in a lifetime wine experience with some of his best wine. We’ll always remember it. I know that Seth and some of his crew did the same tasting later in the day. We hope to get back there soon to compare notes. If you have not been to Perissos Vineyard and Winery and you like wine, you owe it to yourself to stop by.