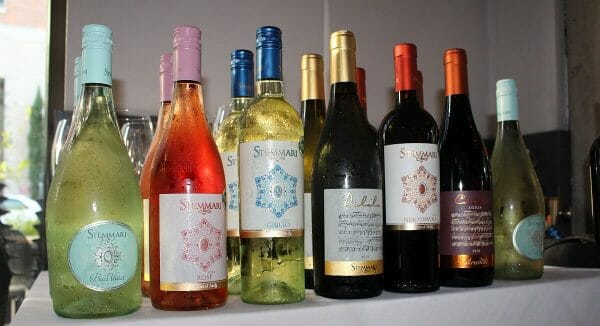 Winemaker Lucio Matricardi from Stemmari wines in Sicily was recently in Houston to talk about their wines and let some of us lucky ones enjoy them. Matricardi was very energetic and had a lot of stories to tell about Stemmari, wine in general, and even growing up on a farm in Sicily. The event was held at Coppa Osteria which provided fantastic pairings to go along with the Stemmari wine. The only thing they could not provide was a quiet atmosphere to hear everything that Matricardi said.

Matricardi started by apologizing if his English was not perfect, but he would be learning and wanted all of us to walk out of the restaurant speaking Sicilian. He told the history of Marsala, one of Sicily’s most popular wines, and also told how the wine Nero D’Avola meant black grape from the town of Avola. Matricardi was very educational and it would have been easy to sit and listen to him the whole evening. He shared a photo of a Pinot Bianco and Pinot Grigio grape which was actually in one grape with each sharing one half. He said that Pinot Grigio is the weakest grape so in the same vineyard when they were flowering, the Pinot Bianco went into the Pinot Grigio. 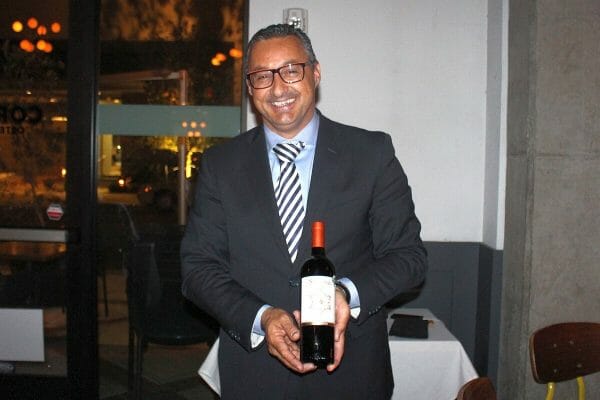 The tasting menu was provided at each setting, but Matricardi wanted to change the wines around with the food pairings. This is what we had to taste from Stemmari: 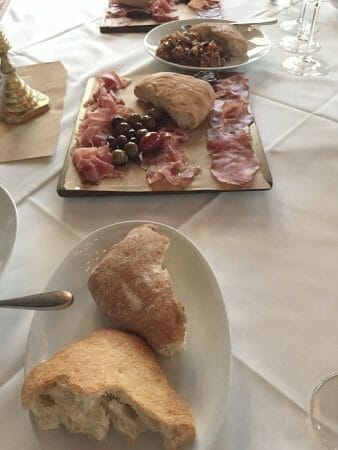 Stemmari was founded in 2001 and is the largest exporter of Sicilian wine. They follow sustainable farming and are 100% solar powered. The winery looks like a manor but 60% of the winery is actually underground. Besides wine, they also produce 30,000 bottles of olive oil.

We did not walk out of the restaurant speaking Sicilian, but we did learn the art of living, Sicilianly.