Like many of the Texas Wine Lover writers, Sean and I made our way to the Texas Hill Country during Memorial Day weekend. Unlike many–but not all–it was not quite a road trip. We consider a drive more of a commute than a road trip (it helps that we are about one hour from US 290). Still, we decided to make a day of it.

For Memorial Day weekend itself, we planned to gather with some of our friends (and for me, some very long time friends) to have a potluck. At the last minute, one of our friends, Liddy, had to drop out. She could get together early on the day Sunday or all day on Saturday, but that did not work for most of the group. To make up for it, we invited her to join us for a few tastings on Saturday. She brought two of her friends along, one who knew we had met before but could not remember where, and we made our way to a few stops. 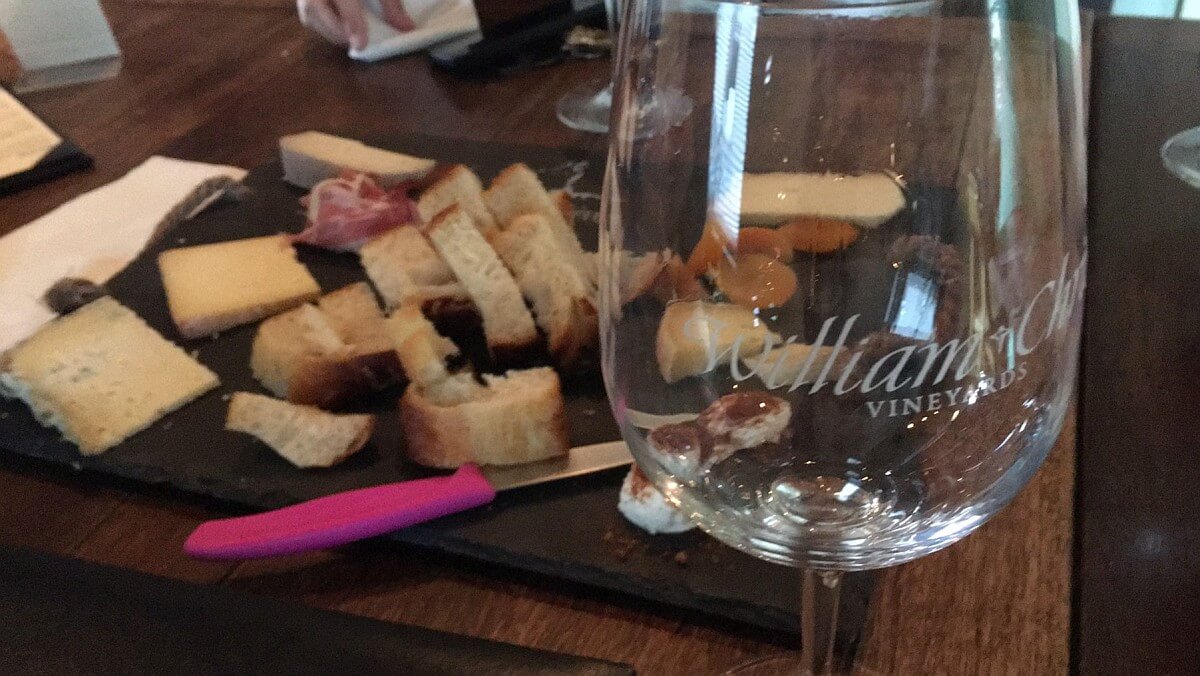 We started the day at William Chris Vineyards. The day needed to start out great but also feel welcoming and friendly, and this stop fit the bill. We settled into to a cheese board and enjoyed our tasting in the Hye Society Lounge. The favorite end up being Jacquez, so Liddy bought a bottle–the most expensive bottle of wine she ever bought. We ended at an odd time. We had about one hour until our next appointment, so we could not really visit somewhere else. Instead, we took a leisurely walk out into the estate vineyard. During our vineyard stroll, our friends informed us that this was their first visit to a winery and a vineyard, so they found an exploration of the vines exciting (despite a few ant bites). The sun threatened to turn up the heat on the day, but a steady north breeze kept us cool. 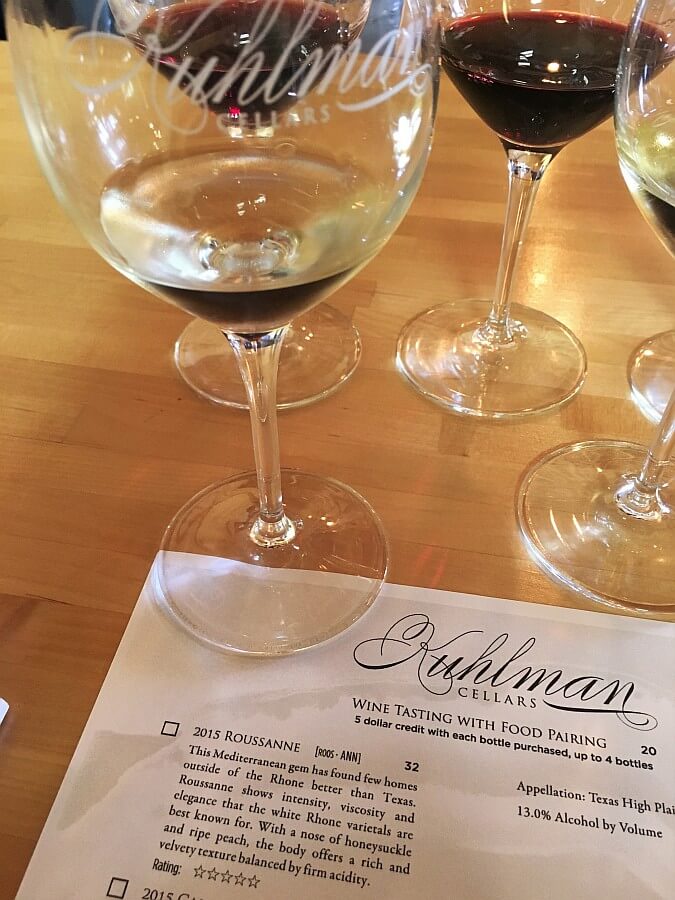 Next, we drove down to Kuhlman Cellars for our next tasting. We arrived early, so we went up to the rooftop area and enjoyed the view of the vineyard and nearby LBJ State Park. At our scheduled time, we joined another group for our tasting. Oscar led us through a great tasting. The joy of pairing food with wine was not lost on our friends. By the end, they admitted that the tasting contained wines that they normally would not drink; however, the food brought out the best in the wines and made them fans. And again, Liddy found herself buying another great bottle of wine, the Kankar. At the end of our tasting, Oscar brought out the 2012 Merlot. Then I realized that it may be a good time to crack our bottle open. 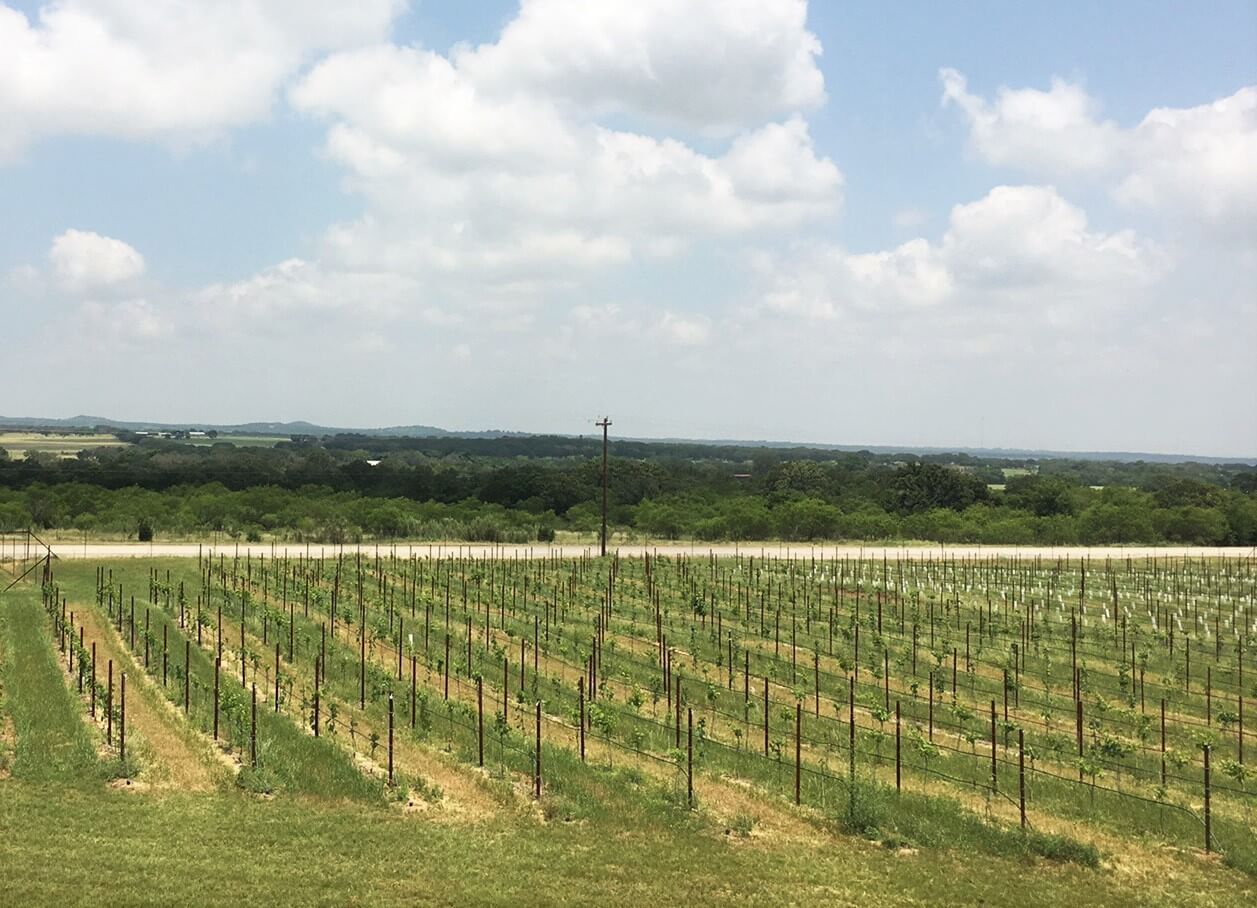 Despite the nibbles during our tasting, everyone wanted to get lunch. We made our way to Pecan Street Brewing, which was really busy for the middle of the afternoon. Our friends knew they had heard about the place somewhere, though they could not remember, and had been curious about it. Much like our first tasting, we savored a long lunch. Of course, after all that wine and a long lunch, a wave of sleepiness hit. Our friends said goodbye and headed back to San Antonio; we went and checked into our hotel. 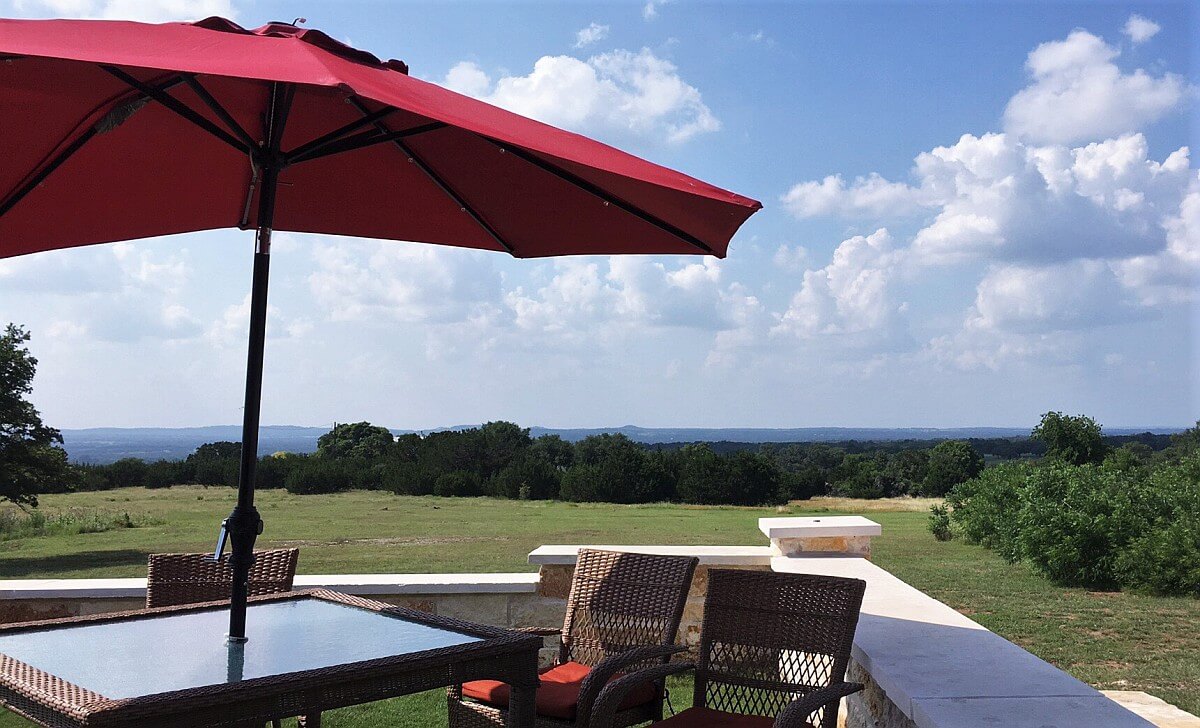 I often get antsy. Just sitting in the hotel room for several hours did not sit well with me. Knowing we had a wine club pick-up, we headed over to Compass Rose Cellars. A blues duet entertained those relaxing in the shade up on the hilltop. I recently read that they were now doing “walk-up” tastings at the outside bars, so we planned to do that and check out the new wines. However, Mark Watson was eager for our feedback on the sit down pairing tasting. The next tasting appointment was about to start and they had room enough for two, so we chose that tasting instead (normally, guests need a reservation for this tasting). The new chef created some unique and unconventional tastings that paired well with the new wines.

Like the others, we went to dinner at Bryan’s on 290. For us, this meal was our first since he opened the new place. During Bryan’s time at Compass Rose, we got to try many of his culinary creations and got to know Bryan as well, so we were eager for this meal. As expected, we delighted in each bite. Sean ordered the lamb, one of the specials, and ended up being the envy of those seated at our end of the table. I tried the lamb and enjoyed it. This may not seem like much, but prior to that dinner, I had not tried lamb that I liked. 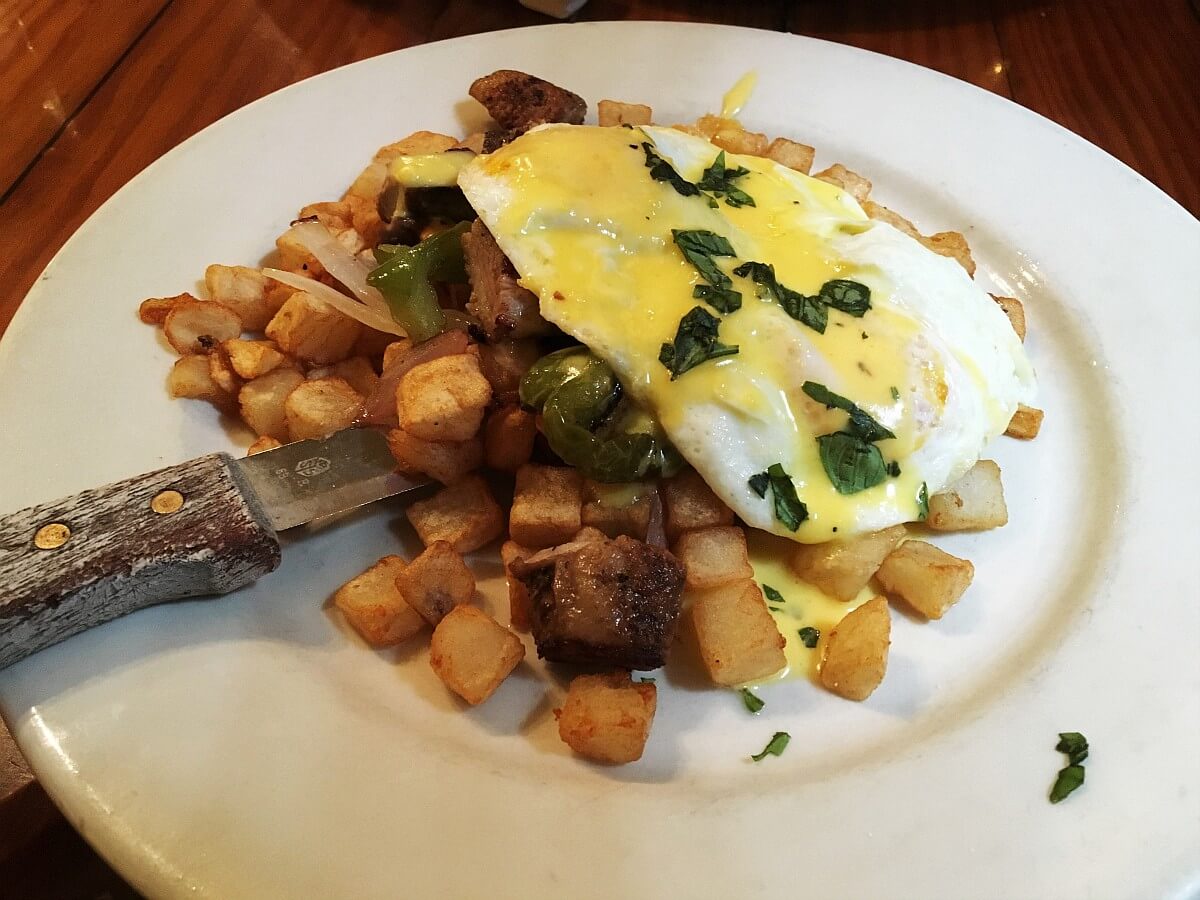 Many of the others had a full day ahead on Sunday, but we had chores to do and had arranged to swing by my parents’ house for a late birthday celebration for my mom (which Sean and I helped her celebrate the weekend before). We knew we could not make it home without eating. The hotel had a complimentary hot breakfast, but we had to skip it because Sean could not eat most of the food due to Celiac disease. We instead drove away from the bright sunny morning in Johnson City down to the dark clouds and rain in Fredericksburg. I let Sean choose breakfast, so we ended up at his favorite spot–the Rathskeller. He ordered duck hash, like always, and I had an enormous pancake (that never really got overly soggy despite the butter and syrup). Once we finished, the clouds began to break, and we made the short drive home.

Part of me wanted to stick around and maybe have brunch at Compass Rose and visit a few more places, but we had things to do. Luckily for us, the Texas Hill Country is a short drive, and we knew that we would be back in two weeks, and many other days in the very near future.