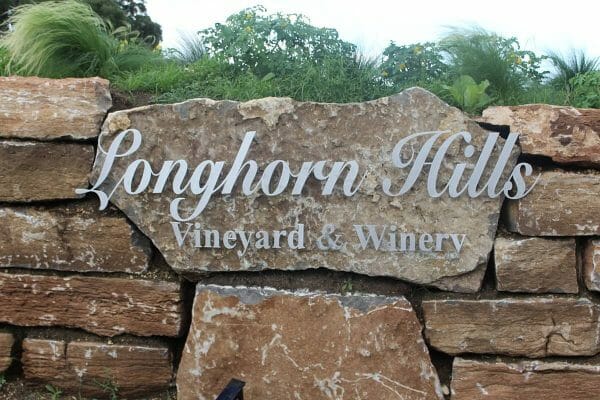 Recently while we were in Johnson City, we had the pleasure of visiting the upcoming Longhorn Hills Vineyard & Winery for a preview of things to come. The winery is in the process of remodeling an old farmhouse into the tasting room and finishing an adjacent winery production building. They are hoping for a late summer 2016 opening and are currently waiting on a federal permit. 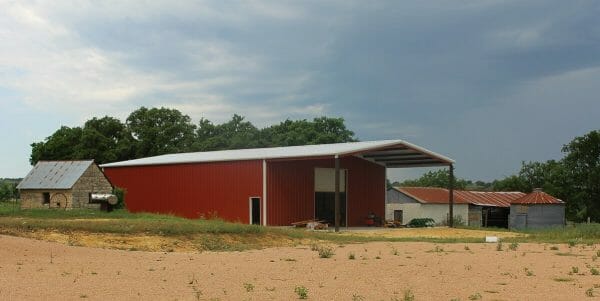 We arrived at the future site of the winery and met owners Barry and Beatrice O’Neal. Walking to the winery building, we then met their daughter Trinity O’Neal who had arranged for our visit. Also in the winery was a familiar face, Don Pullum, who will be acting as a consulting winemaker for Trinity and her brother W.C. who will be doing the winemaking. Trinity is good friends with Don’s niece which is how the connection was made. Soon, we also met W.C. and his wife Sarah.

Don said they are still working on the lineup of wines to be offered, but most likely it will be the style of wines for which he is known—red wines with one or two white wines like an Albariño. The goal for the winery is to produce 10,000 cases of wine a year. A three-acre vineyard will be planted on the 165-acre site with grapes most likely being Mourvèdre, Alicante Bouschet, Tempranillo, Syrah, and Petit Verdot. They are also looking to find some High Plains growers to provide grapes. 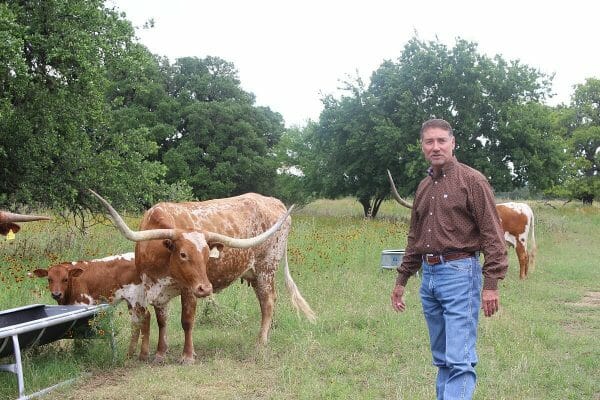 Barry invited Gloria to visit the nearby Longhorn cattle, so she followed Barry and the rest of us followed behind making sure to avoid the cow pies. The Texas Longhorns will make an appropriate attraction next to the Longhorn Hills winery. 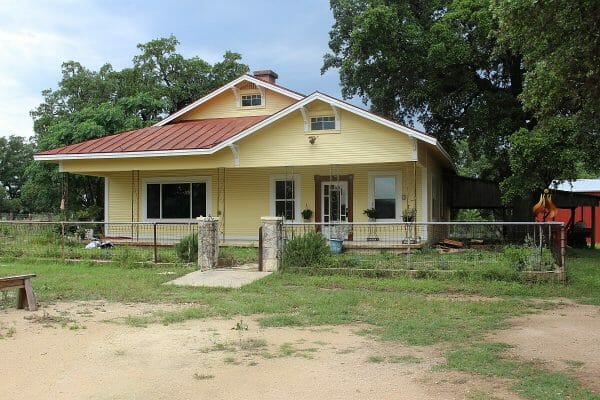 We then went to the house which was built in the late 1800’s or early 1900’s. They are remodeling the house to be the tasting room and keeping it looking vintage with things like wood barn siding and a tin roof ceiling. Beatrice gave a tour of the rooms of the house including a special Lavender room that will be used for special events or tastings. 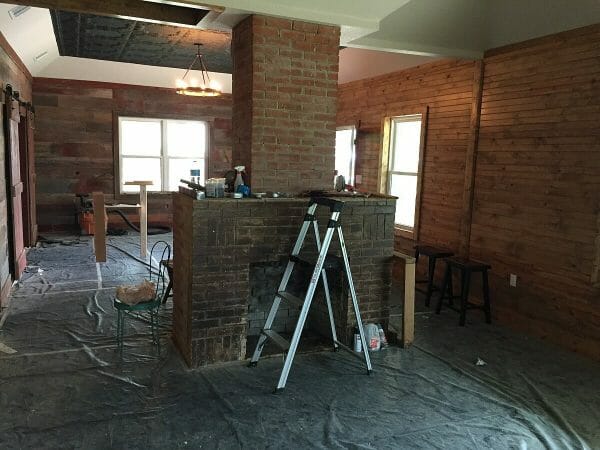 Barry commented how they had looked for a location for eight years before they found this one. W.C. and Sarah are also building a house nearby so they will be closer to the winery. 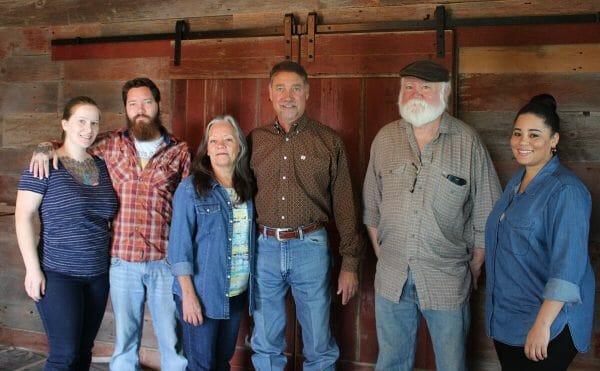 As is very common with people involved in the Texas wine industry, the O’Neals were very friendly and enthusiastic about the upcoming winery. Keep watching their Facebook page for Longhorn Hills Vineyard & Winery’s progress, and we look forward to visiting again when the winery is open.