Most every Texas winery has a wine club, and unfortunately it becomes cost prohibitive to join every one of them. So you are left using some method to select which of your favorite winery’s wine club to join. Different factors play into selecting a wine club whether it be the wines only, the wine club pickup parties, the people at the winery, etc. With the number of wineries we have visited, there are some wineries we would love to be a member of their wine club, but that cost factor comes into play.

We introduced Gloria’s brother and sister-in-law, Lucho and Patricia, to Texas Hill Country wineries last year, and they took the Hill Country by storm by joining a number of wine clubs. Having another birthday recently (funny how that happens every year), they invited us to a wine club pickup party at Perissos Vineyard and Winery. We have always enjoyed Perissos, so we readily accepted the invitation.

There was a little confusion as to when the pickup party started on the Saturday, 12 p.m. or 1 p.m., so we arrived at Perissos between those times. The winery is undergoing construction of an additional building where the parking lot usually is, so the parking is now on the other side of the winery, perhaps permanently or until the construction is done. There was a threat of rain but it had not yet rained when we arrived. The primary tasting room was set up to handle the wine club. We enjoyed meeting some of the staff again and then co-owner Laura Martin. Her husband Seth had to take one of their children to a birthday party, but would be back soon. We started a tasting of the new wines and light bites were provided. 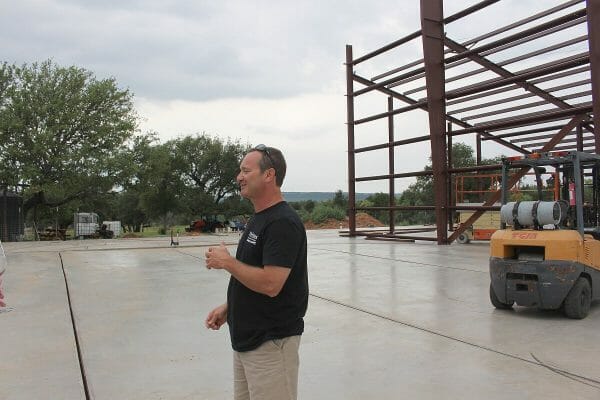 Soon Seth Martin arrived and told us to grab our glasses and join him. Seth showed us the building under construction which he explained will be the winery with more tanks and barrel storage. This was a slight change from the original concept for the building, but plans have been adjusted to new needs. The finished building will look very similar to the other building in style. We took a short trip to the vineyard where Seth explained leaf thinning and other vineyard information. Gloria paid attention to all the detail closely since she is our vineyard manager 🙂 for the 10 vines we have growing in our backyard. Back into the winery, Seth treated us with a tank sample which should be bottled soon.

We continued with our tasting in the tasting room and in the meantime, the rain came and it poured. The situation was easily resolved by ordering a bottle of wine while stuck inside the winery. Life is tough sometimes! We finished the bottle and the rain had slowed, so we headed to the car and our next stop, Torr Na Lochs. Lucho and Patricia had not visited Torr Na Lochs before so we were excited for them to see the view.

Unfortunately, it was still a little drizzly when we arrived so we could not sit outside and enjoy the view. Most people had moved into the tasting room and since it was full, we were directed to the barrel room for a tasting. Another group joined us in the barrel room later. The staff did a wonderful job keeping our tastings going with the out of the way barrel room. The rain stopped, and after our tasting we were able to walk out on the patio and show them the view. 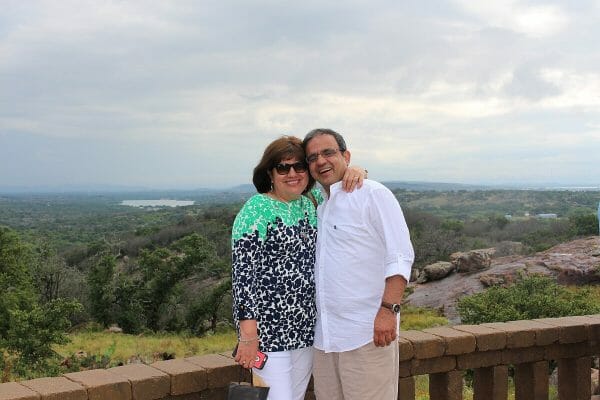 We still had time left in the day so we headed to Georgetown because the plan was to eat dinner somewhere there before we went to our hotel. After looking at the choice of restaurants and by advice from friends who live in Georgetown, we decided to eat at Gumbo’s and made a reservation. 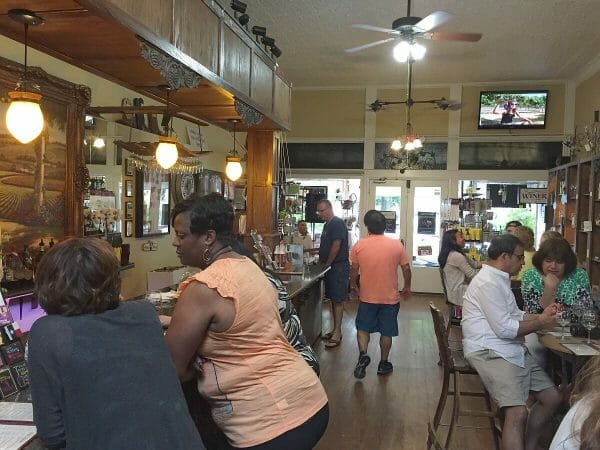 We had time before dinner so we walked to Georgetown Winery. Everyone enjoyed a tasting of their award winning wines while listening to the live music. 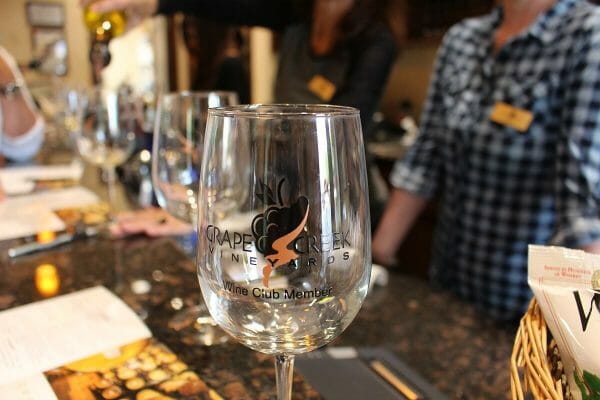 Since we still had time before dinner, we walked to Grape Creek in Georgetown. Lucho and Patricia are also wine club members of Grape Creek so we were looking forward to enjoying their wine club members lounge located upstairs in the building. Since Lucho and Patricia wanted to complete an unfinished tasting they had started at the Grape Creek winery, we were told we could not go to the wine club members lounge, and were left to stand at the tasting bar downstairs. Some wines were not available for tasting or were not available at all, so we selected from the remaining wines to taste.

After the tasting, it was time for dinner where we enjoyed the food at Gumbo’s. It had been a wise choice. A short trip to Round Rock where our hotel was ended our day. 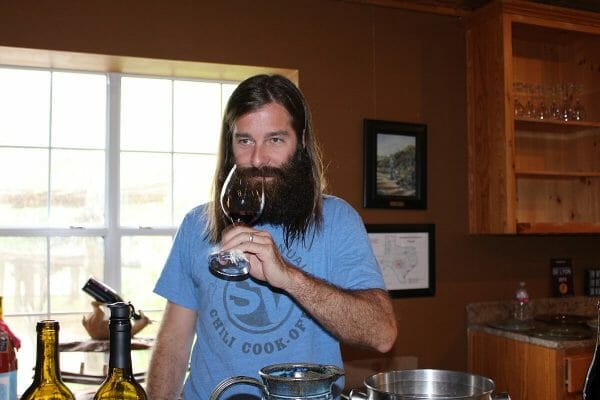 Just like it usually happens when we try heading home on a Sunday, the idea to continue and introduce Lucho and Patricia to nearby Westcave Cellars came up. We went onward through the back roads until we arrived at Westcave Cellars with their wonderful vineyard in the front as you drive down the road to the winery. As we walked into the tasting room, we were surprised by a familiar face, Bob Wonacott of Canadian and Eperon Vineyard. Bob was helping out in the tasting room and we bellied up to the tasting bar. 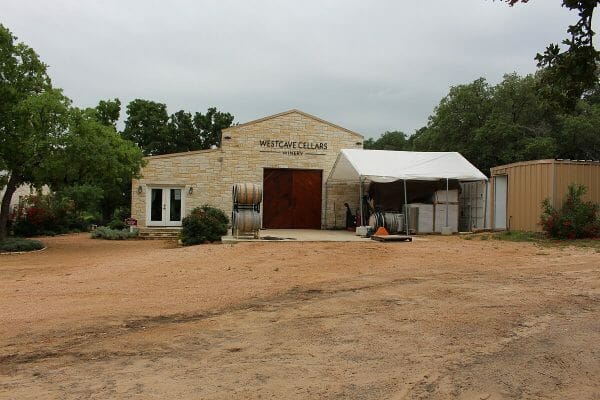 There was only one group of people there who were leaving, so we had the tasting room to ourselves until more people came and filled most tables and the rest of the tasting bar. Fortunately, there was Bob and another tasting guide to lead people through their tastings. Gloria opted out of tasting since she was the designated driver, but the rest of us enjoyed the Westcave Cellars wines and then made our purchases before leaving.

It was time to finally head home. In the end, it had been a wonderful birthday with visiting some of our favorite wineries during our weekend road trip.