At Texas Wine Lover, we obviously love wine, but we certainly do not want to leave out other fine Texas beverages. So, in the spirit of inclusivity, we decided to make our way to a local brewery and check out what Texas has to offer in the way of craft brew.

With so many choices in the Austin area, it was very difficult to decide which one to try. Generally, our outings are a family affair, so we try to find venues that are family friendly and are also nearby something that will entice the kids to get in the car. 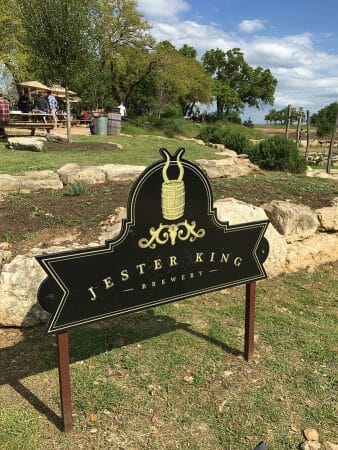 On this particular weekend, we had a visitor from Belgium with us who is a beer lover. Beer and Belgium are an obvious match, so I had to find something that would really impress him. We had already taken him to some Texas wineries and he was pretty impressed already. After doing a little research, I discovered that Jester King is a Belgian inspired brewery. Perfect!

Now I just had to find something to do nearby that would be kid approved. A quick Google map search revealed that the Austin Zoo is not too far from Jester King. The kids definitely love going there, so I knew this outing wouldn’t take too much convincing. Plus, when they ask if we are going to any wineries, I could confidently say “no” and I wouldn’t be lying.

Jester King Brewery located between Austin and Dripping Springs off 290 at 13187 Fitzhugh Rd, Austin, is tucked away down a dusty, Texas backroad.

Inspired by small farmhouse breweries, Jester King offers a unique beer making style. They use water from their own well, locally grown and malted grains, and native wild yeast to make unique ales and spontaneously fermented beers that reflect the unique character of the Texas Hill Country. They are a very small brewery, even by small brewery standards. You can find their beer at select restaurants and small local retailers, but for the most part, you should visit the brewery to enjoy. 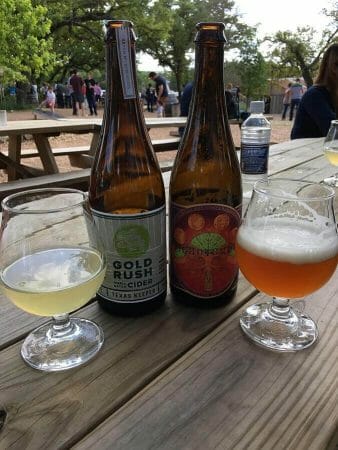 We were lucky to get in on a behind the scenes tour with Founder/Owner Jeffrey Stuffings. His passion for beer making is apparent and it was fascinating to learn how the whole process works. Our Belgian friend got a kick out of talking to him about their brewing techniques. 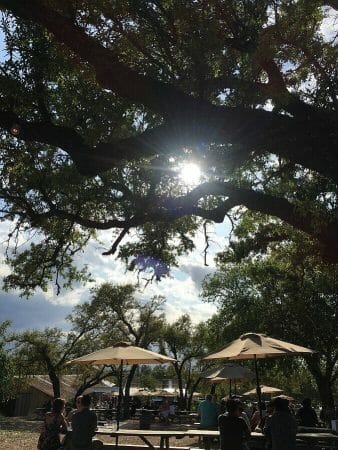 Jester King is a fun place to visit, so it is worth the trip. They have a fantastic outdoor venue complete with plenty of shaded picnic tables and a pizza oven on site. The kids enjoyed being able to be outdoors and play cornhole while we relaxed and enjoyed some cold beer and cider. 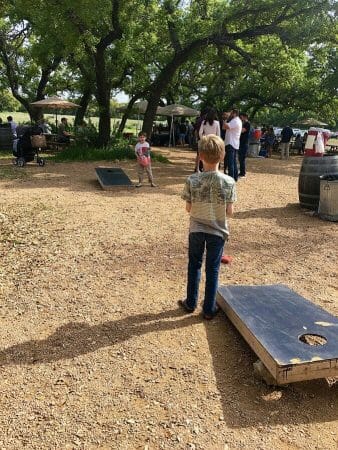 Jester King’s beers and ales are not only unique in taste, but also in presentation. It was hard to decide which ones to try. The labels and the names are all very fun and enticing. I generally like amber ales and darker beers, so it was recommended to try the 2015 Autumnal Dichotomous. It was fantastic! Our Belgian friend sampled several and was impressed with all of them. Believe it or not, we had one Belgian with us who doesn’t like beer! So he chose the Texas Keeper, Gold Rush Cider and loved it.

After we sampled some delicious beer and fresh made pizza, we headed over to the Austin Zoo. If you are planning on going to the Zoo, be mentally prepared that it is not your traditional Zoo, but rather an animal rescue and sanctuary. It is very Austin. 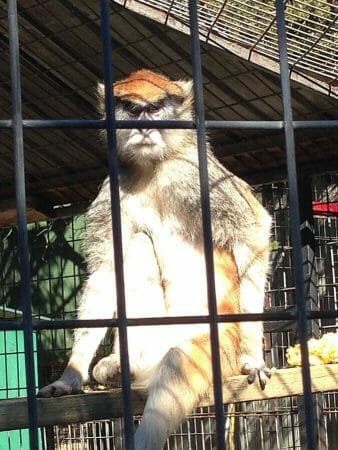 The Austin Zoo is located at 10808 Rawhide Trail, Austin just off 290. What began as a goat ranch in the early 1990’s soon grew into a rescue facility for unwanted goats, pigs, fallow deer, donkeys, ponies, and eventually included a number of exotic animals. In 1999, the owners decided to donate the animals and the facilities to a 501(c)(3) nonprofit corporation – a project that was completed in 2000. Austin Zoo has been operated by a Board of Directors since that time.

Austin Zoo relies on private, corporate, and civic donations, as well as admission fees, gift shop sales, grants, sponsorships, and other fund raising events to ensure the health and well-being of their animal collection. Support also allows them to take in new animals and participate in conservation efforts to save endangered animals. There are currently over 300 animals, representing more than 100 different species. It is a great organization to support and a fun place to visit. 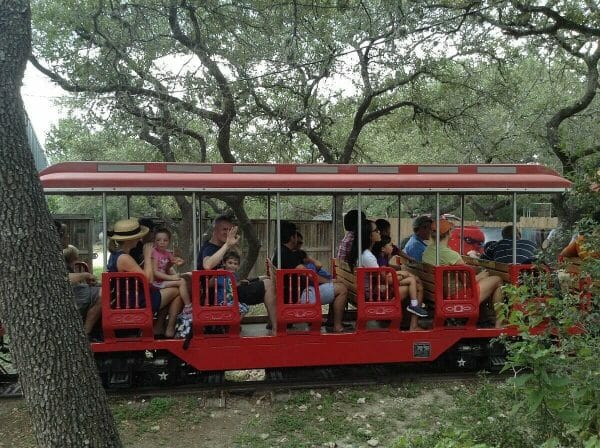 Overall, it was a fun day and totally worth the drive. Next time we venture out that way, we will try some of the other nearby breweries and Deep Eddy Vodka too.