Oh, the High Plains of Texas. Whenever Lubbock, the largest city of the High Plains is mentioned, a joke usually follows. But in Texas, we love the Texas High Plains because that is where most of the vinifera grapes in Texas are grown. One of those growers, Neal Newsom of Newsom Vineyards, graciously holds his Newsom Grape Day every year to whomever wants to make the trip to Plains, Texas, where he and his vineyard are located. This year marked my fourth year for Newsom Grape Day and Gloria went with me this time. She has become the “vineyard manager” for our backyard vines and in the end, she did pick up some tips from Grape Day. 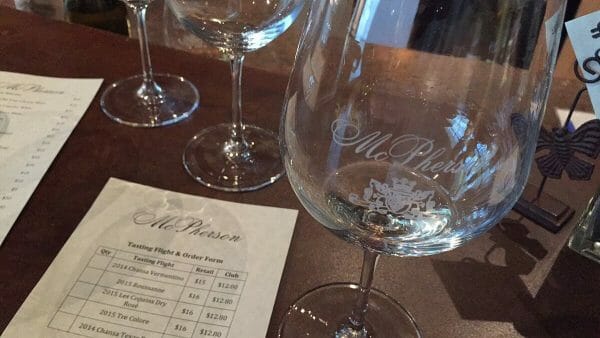 We arrived in Lubbock early on Thursday and went directly to my usual first stop, McPherson Cellars. Joining us at the winery were Bill and Gail Day, growers of Buena Suerte Vineyards and our hospitality hosts for the weekend. We enjoyed a tasting and walked across the street for lunch at La Diosa Cellars. What a great way to start the long weekend! 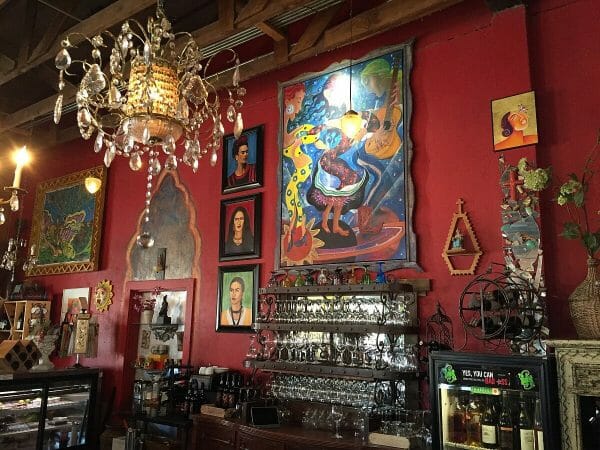 After lunch, Gloria and I visited Bingham Family Vineyards. You may have had the chance to visit the tasting room in Grapevine, but this is where it all starts, from the grapes to the winery. The winery is not set up yet for tastings (they will accommodate you though for a fee), but we enjoyed a tour of the winery with Cliff and Betty Bingham, and son/winemaker Daniel Bingham. We received a lot of information from our visit, so we’ll include that in a future post.

We then went to Bill and Gail Day’s house to get ready for the High Plains Winegrowers BBQ that night held in one of Andy Timmons’ barns. The BBQ was very popular last year and this year was no exception. It was great getting together with old friends from wineries, vineyards, and more from the Texas wine industry, and I think if nothing else was done, everybody would have left happy. But there was a fantastic BBQ dinner and some lovely music being played by a solo guitarist in the building, which unfortunately I do not think anybody heard because it was too loud from everybody networking. The High Plains events bring together a lot of people from the Hill Country, Dallas-Fort Worth, Houston, and pretty much every part of Texas. When you have not seen somebody you know in a long time, everybody just wants to visit with each other. It was a great night.

Friday came and the yearly Newsom Grape Day event started. I think somehow they fit more tables in this year because they were all full again ready to listen to educational seminars. These were the seminars that were held: 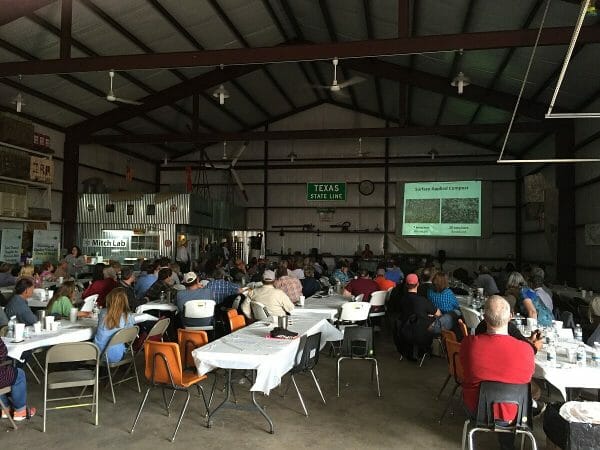 One thing this year that was different was the day ended early. It may have been in part because the wine festival Lubbock Uncorked was happening that night and people needed to attend, but everybody I talked to agreed it was a great idea since in the past people left early. But they didn’t leave early when the wine to be shared table was available! We were able to taste wines from around the state and a lot of them were either just released or soon-to-be released wines. I believe everybody would agree there is going to be some great wine coming out of Texas!

I learned a few things by socializing with some people. Llano Estacado Winery is one of the largest wineries in Texas, and I learned except for their Sweet Red, Chenin Blanc, Blush, and Moscato, all other varietal wines are Texas wines. That is quite an accomplishment for a large winery.

I was introduced to Bob Young, grower and father of Larry Young of Young Family Vineyards. Mr. Young was introduced to me as Mr. Muscat as he was one of the original Brownfield growers and introduced Muscat Canelli to Texas. He said he doesn’t get a chance to do much of the vineyard work anymore, but he still loves to go out into the vineyard.

Another thing I learned which was really gratifying, was about the vineyard section on our website where we are trying to list all Texas vineyards regardless of size. One grower told me he had received a phone call from a winery asking about a particular grape he grew. He was kind of surprised and asked the winery how they knew that. The answer, right here on the website! The grower ended up getting a contract for the grape and Texas Wine Lover had initiated the connection. (Add or update your vineyard information if needed!)

Instead of going to the Lubbock Uncorked wine festival, we opted to stay at Bill and Gail’s house and Steve and Cindy Newsom of Amanecer Vineyard and some other businesses, including FrostGuard units, joined us. One of the upcoming businesses is a partnership with others to form the new winery Trilogy Cellars which will be opening this summer. Steve brought three future Trilogy wines with him for all of us to sample and we’ll talk about that in an upcoming post. It was a fun night of sampling wines and enjoying finished wines from other Texas wineries before we had to call it a night. 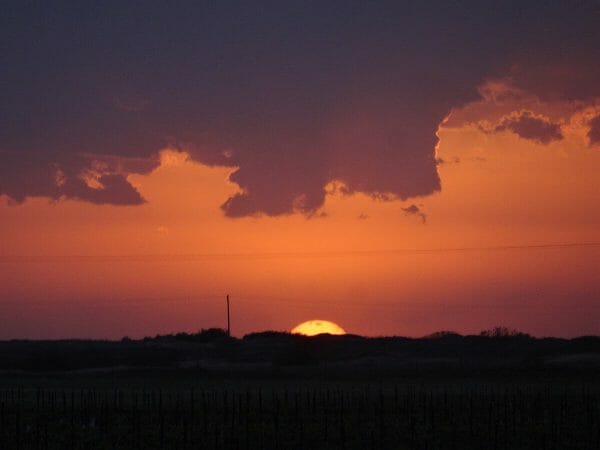 Saturday came and it moved a little slowly especially after the previous two days. Since it was Gloria’s first visit to Buena Suerte Vineyards, we received a personalized tour of the vineyard. After we were done, Paul and Merrill Bonarrigo from Messina Hof Winery & Resort arrived to get their tour. They had to leave to visit another vineyard and we went to our first winery of the day, Llano Estacado Winery. 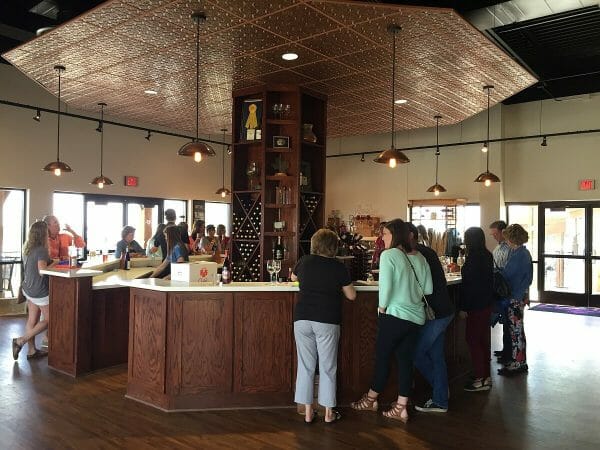 When we got to Llano Estacado Winery, we were first surprised because there was some kind of festival happening and we followed the lead of the car we were following and parked along the road. Unfortunately, as we walked to the winery, we learned we should have kept on driving because there were parking spots in the parking lot. The tasting room was a little crowded, partially because of the event taking place outside plus the new people in town for the week’s events. We walked into the tasting room and immediately recognized Marta Łastowska, winemaker at Haak Vineyards & Winery. She was just finishing up her tasting after a tour and said it was her first time at Llano. She had enjoyed it and we were ready to start our tasting. We found a spot to taste but it was a little tough getting started because of the number of people in the tasting room and the perceived inexperience of the tasting room staff. Once the tasting started, everything was fine though. One unfortunate thing was nobody knew what the Texas Wine Passport App was, but an email later to the Director of Hospitality should clear that up for future tasters and allow them to get a stamp at the winery. We all enjoyed Llano Estacado Winery’s wines including some of the ones I tasted during my last media visit in November.

The last winery visit of the day was Pheasant Ridge Winery. This was going to be an interesting visit since Bobby Cox recently regained ownership of the winery and the wines left at the winery were the wines made from the previous owner. But surprisingly, we tasted some great older wines including dry Chenin Blanc (oldest 2006), Chardonnay, Cabernet Sauvignon (oldest 2001), and Pinot Noir. 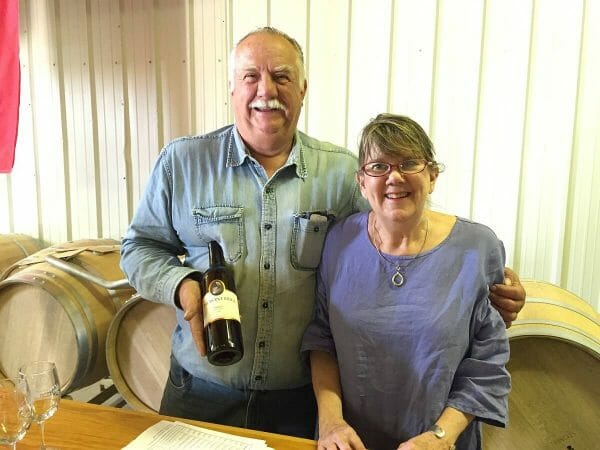 When Bobby Cox arrived, we were able to taste a 1997 Merlot which was oh, so luscious. The prices for all the wines were very reasonable and we told Bobby that he should raise the prices. Sorry to all future visitors if he does. It was a great visit to Pheasant Ridge and they are already planning their new releases. Before we left, Bobby showed us a 1987 Cabernet Sauvignon which was from the first Cab planted in Texas. I would have loved to pop open that bottle! 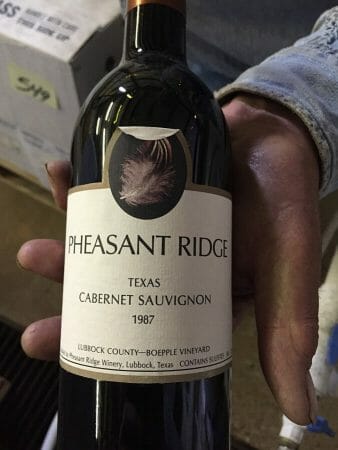 Now it was time to check into our hotel in Lubbock which was near the High Plain Winegrower’s Soirée for the evening. Bill, Gail, Gloria, and I took an Uber ride to the Soirée (my first Uber ride). The Soirée was a little different than other wine dinners I have attended since the tables were mostly bought by companies and they invited people to sit at their table. We unexpectedly got to sit at the Cool Kids table and even so, we still had a fun time during the evening with a four course wine paired dinner. 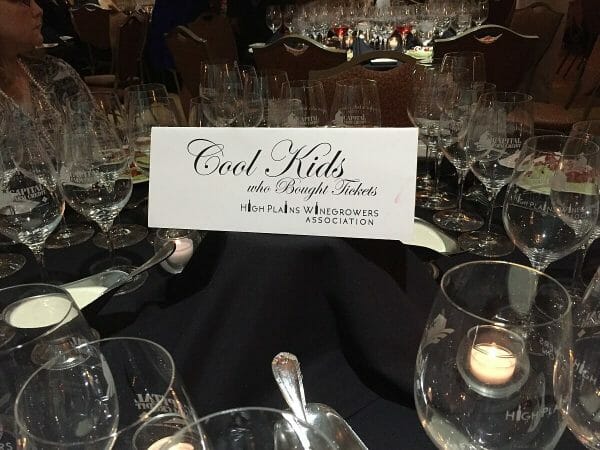 Sunday came and it was time to head home. Even though we had only been in the High Plains for a total of four days, we had done a lot of things and enjoyed our visit while attending the well-planned events. If you ever get some free time, take a visit to the High Plains and visit the wineries there. You should also try to catch a tour or two with some vineyard owners who will gladly show you their vineyard.

Note: We took a lot of photos during our time in the High Plains and they can be viewed in an album on the Texas Wine Lover Facebook page.