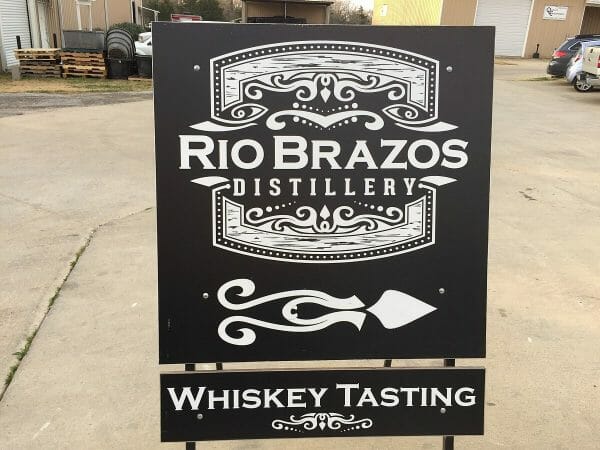 We popped in for a visit and had a nice chat with the folks working there including Nathan Barkman. There are currently two whiskeys and one bourbon made at Rio Brazos in small-batch pot-distillation. 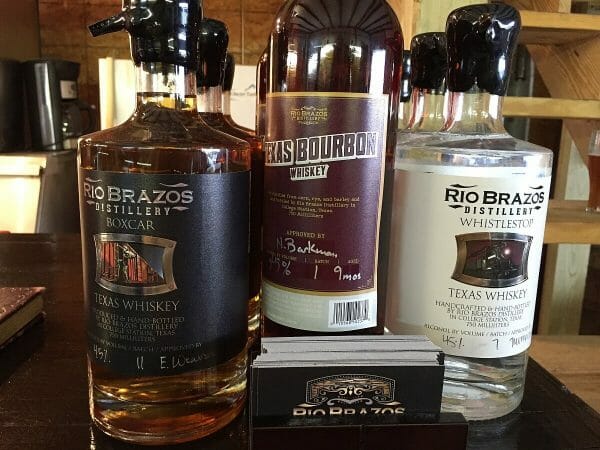 The tasting fee is complimentary. It was suggested we first start with Whistlestop. This is a blended whiskey and is an unaged corn whiskey producing a clear spirit.

Next was the Boxcar which is a four blended whiskey. The selection of whiskeys is aged 7-9 years before Rio Brazos Distillery gets them and those whiskeys are distilled from corn, rye, and malted barley. The final blend at Rio Brazos is filtered through coarse charred pecan wood. 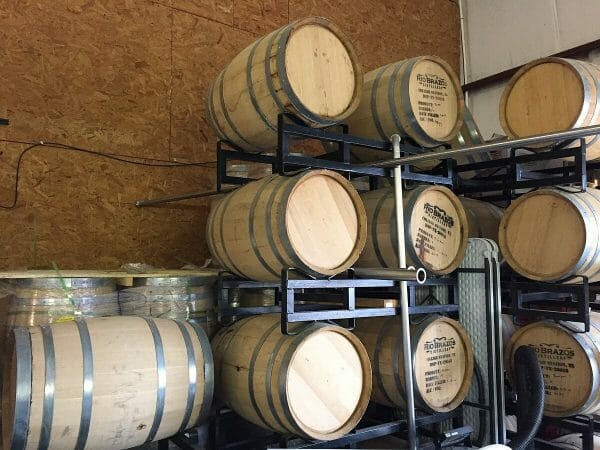 The final taste was for the Texas Bourbon which is distilled from corn, rye, and barley. All spirits were very good and because of that, Nathan said they have trouble keeping up with the demand. The distillery currently makes 2,000 cases a year and they can be found in liquor stores in the College Station area including large ones like Spec’s. 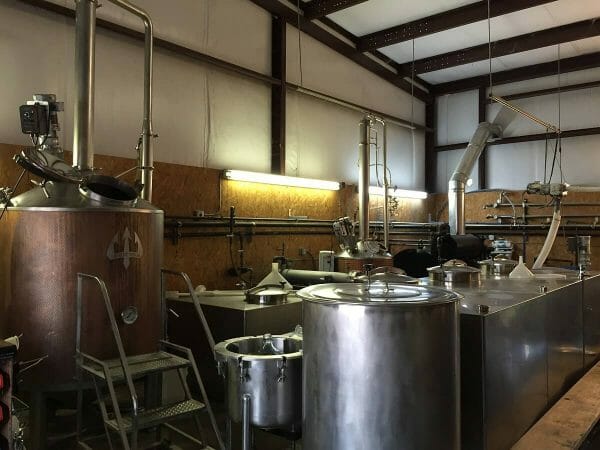 While we were tasting, Nathan gave us a tour of the small distillery and told us about whiskey. For example, he said that congeners are what makes whiskey whiskey. Congeners are chemical compounds produced during fermentation and maturation that give most of the taste and aroma of the distilled whiskey. Congeners also exist in wine and red wine has the most congeners. The negative part of congeners is the higher the concentration of congeners, the more severe the hangover. 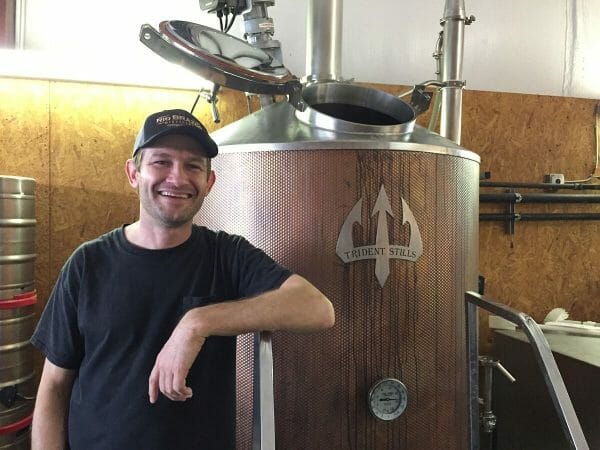 If you happen to be in the College Station area and enjoy Texas whiskey and bourbon, we recommend visiting Rio Brazos Distillery.