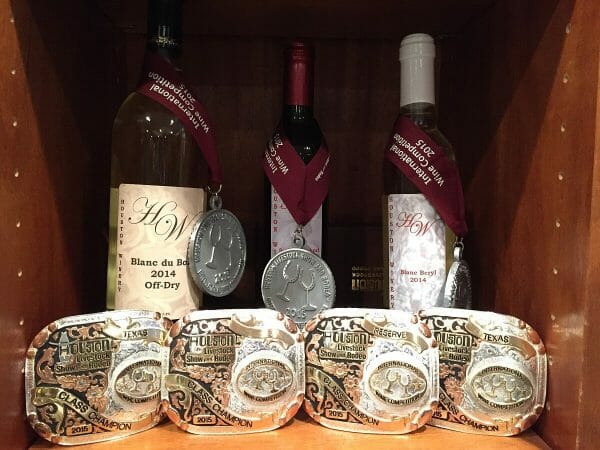 A new winery name started appearing in wine competition results called Houston Winery and since we live in Houston, we had to find out what the buzz was about this new winery. After some investigation, it was located at the same place as Water 2 Wine in Houston. Other chain wineries have changed their name to differentiate themselves from the chain name, so perhaps this was the same. Looking at Houston Winery’s website though, showed that they were offering wines made from Texas grapes. This definitely required a trip to get the scoop.

We visited the location on a Saturday night and thought we might see Houston Winery on the outside of the building, but it was still branded Water 2 Wine. The inside had not changed much in the few years since we last visited. An area to the left when you walk in is devoted to customers who want to make their own wine, tables to the right, and the tasting bar to the rear. We decided to sit at the tasting bar. 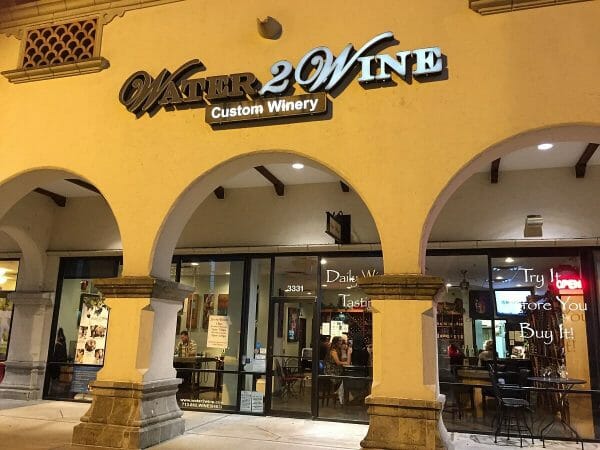 The tasting guide explained the difference between Houston Winery wines and Water 2 Wine wines, and later when we met owners Jon and Edie Burger, Jon explained more. Houston Winery is a winery producing wines with mostly Texas grapes but they do source some grapes from outside of Texas. The winery started in 2013 with their first harvest from the vineyard they planted in 2011. Wines produced were Blanc du Bois and Black Spanish. They expanded production in 2014 and sourced more of those grapes from other local vineyards. In 2015, they expanded production again and added local Tempranillo and Cabernet Sauvignon, East Texas Norton, and Texas High Plains Viognier and Petit Verdot.

They also started making sparkling wines using the Traditional Method of sparkling wine production and released a sparkling Blanc du Bois called Bois du Blanc (clever name, huh?). They also made a Blanc du Rosa from Black Spanish grapes. Since then, they have been winning medals at wine competitions like Houston Rodeo Uncorked and the TEXSOM International Wine Awards. 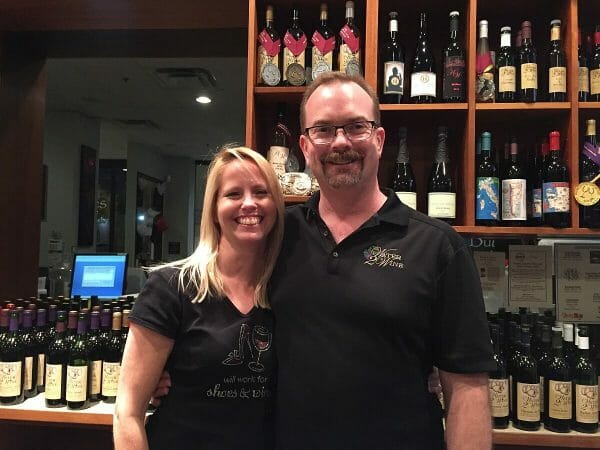 Tasting fees are $1 for most wines and $2 for select wines. We selected the wines we wanted to taste from the Houston Winery wines. These are some of the wines that were available:

Houston Winery currently makes 500-600 cases of wine a year. If you want to make your own wine, custom crush services are available and they will work with you to make anywhere from six to 60+ gallons.

If you live in Houston, there is a downtown Houston winery making wine from Texas grapes. Check out the hospitality provided by Houston Winery.