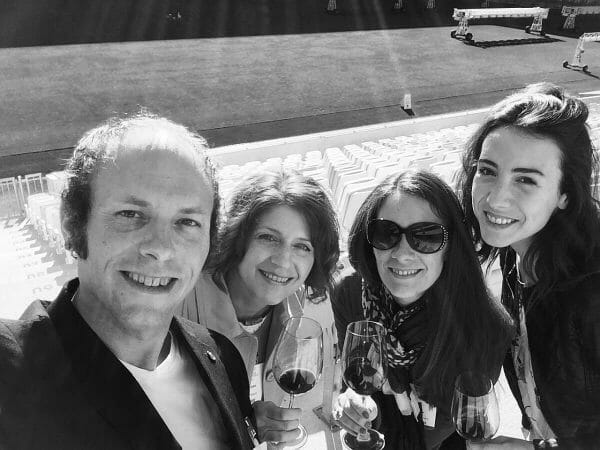 I hope everyone is enjoying the Bordeaux trip so far! Part one and part two covered the arrival, and the first day of fun. Now we move on to part three, which is the second official day of exciting adventures in Bordeaux wine country. Follow along as we journey through en primeurs, some fine wine tastings in southern Bordeaux, and then enjoy a lovely dinner with others in the wine industry.

The day began with our newfound routine, a quick and healthy breakfast at Château Fombrauge, followed by the van ride to downtown Bordeaux. Today was different though, today was the official UCGB (Union des Grands Crus de Bordeaux) en primeur tasting at the bright and shiny, brand spanking new Bordeaux football stadium. By football, I mean European football, not the NFL style football we have here in the United States. The new stadium is impressive; it is attractive and well constructed aesthetically. Once we were inside, the officials scanned our badges, and we grabbed a Riedel glass and began the in-depth tasting of the 2015 Bordeaux vintage. My fellow writers and I tasted through the major appellations of Bordeaux. We attempted to taste the round and balanced styles first, before the muscular and gritty wines. Overall, the consensus was unanimous, 2015 is a mighty fine vintage for Bordeaux, and I personally feel Margaux in particular is showing very, very well already. After a brief photo shoot with Frédéric outside near the stadium stands, we departed town for the one hour  drive south to Sauternes. 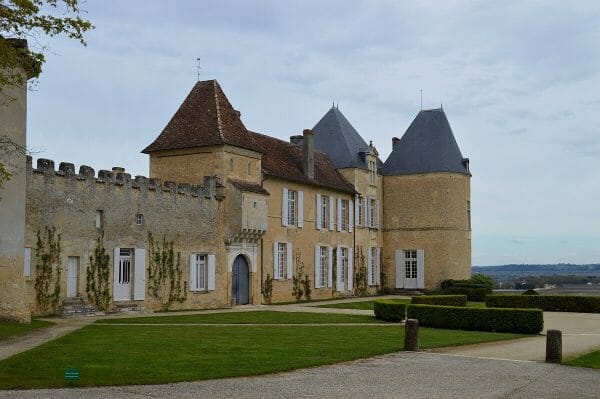 As we made our way into the Sauternes/Barsac region, my heart rate increased significantly as I knew where our first destination would be. None other than THE Château d’Yquem. This place is revered in the wine industry as a top producer of Sauternes wines, which traditionally are sweet and the grapes ripen with Botrytis (noble rot) in this region near perfectly. Although visually impressive, the Château is surprisingly modest in design. Clean and simple, that is how I would describe this place. 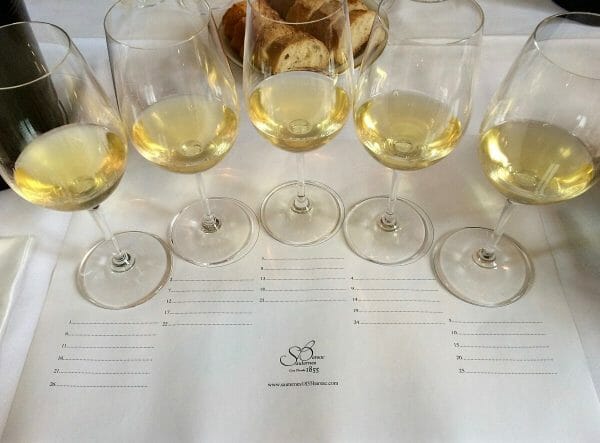 We walked into the tasting room to join fellow journalists to taste liquid gold, I mean the 2015 vintage from Château d’Yquem. I must confess I had never tasted Yquem prior to this, mostly because it can be somewhat cost prohibitive. At first sip, my only thought was clear…perfection. There is a reason people drive a Mercedes Benz and wear a Rolex; there is also a reason people drink Yquem…perfection. I cannot put into words how stunning and complex this wine is. It is rather mind boggling to be honest. Anyway, we snapped some photos and chatted amongst ourselves all while eating lovely charcuterie. Soon enough, we were called to move to the next building to attend a conference put on by the UCGB, and professed by the oenology department of the University of Bordeaux. The entire 2015 vintage was discussed in detail covering the fine details of the growing season. I will not discuss everything in detail, but there are two things to take away from this conference. First, August rains “saved the vintage.” Second, 2015 was a dream vintage! 2005 was stellar, 2009 and 2010 were very good, but people are already comparing the young 2015 wines to 2005. That should tell you how the professionals in Bordeaux are looking at this particular vintage. We did taste through several wines during the conference, which helped to confirm and solidify what was being discussed. 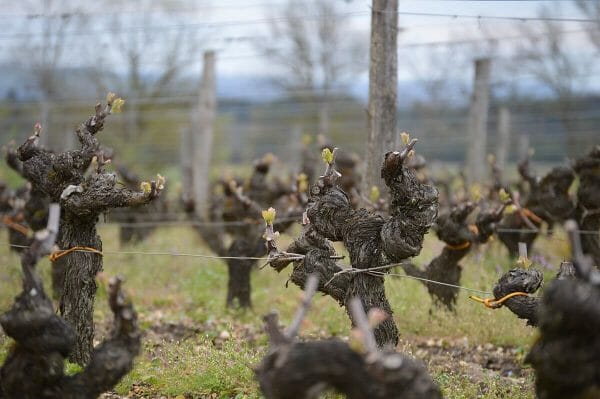 We hopped into the van for a very short drive to Château Sigalas Rabaud, a Premier Cru Classé, to taste through 26 wines from Sauternes/Barsac. The wines were absolutely lovely, but it was a bit difficult to discern the wines from one another, because they were all very high quality. We tasted through some of the best sweet wines in the world, all while looking outside as the vines were being drizzled with light rains. We had some extra time before heading to dinner so we ended up doing a cellar tour, which included a private chat with the owner (in French, but fortunately Mike Turner was able to translate for us). We ended up hanging out in a cozy room of the Château where comfy chairs and couches were available to enjoy. I cannot tell you how bad we wanted to light a fire in the fireplace and throw a pizza in the oven. The hospitality and warmth of this particular Château was shocking. I really felt like part of the family, and it seemed as though I had been living there for years. Have you ever had that warm feeling at a place you had never visited before? 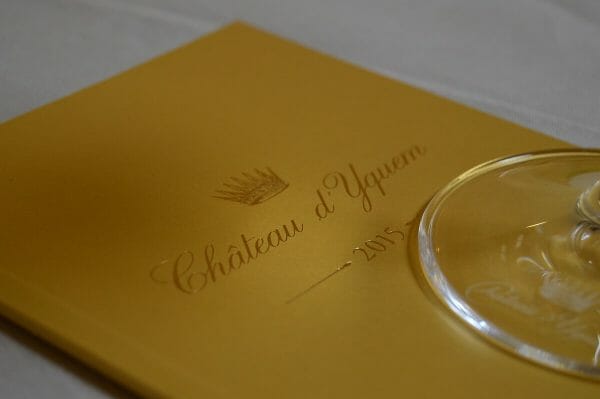 After a brief drive headed back north, we pulled into the driveway at Château de Fiezual for a tasting, and then a stunning dinner for all the journalists participating in the 2015 en primeur. This Château had much more of a modern feel to it vs Yquem. Not only was the food and wine brilliant, but more importantly, we were smartly seated at the tables lined up as journalist, winemaker, or Château owner, all the way down the tables. This seating program really enhanced the overall ambience and experience, as we were able to chat with so many great people the entire evening. The winemakers were walking around the tables pouring their own wines. As we sat and talked about life, food, and wine, I suddenly realized how overwhelmed with wine I was. I literally could not keep up with the amount of wine that was being offered, and really stunning wine at that. Whew, what an evening, my friends. 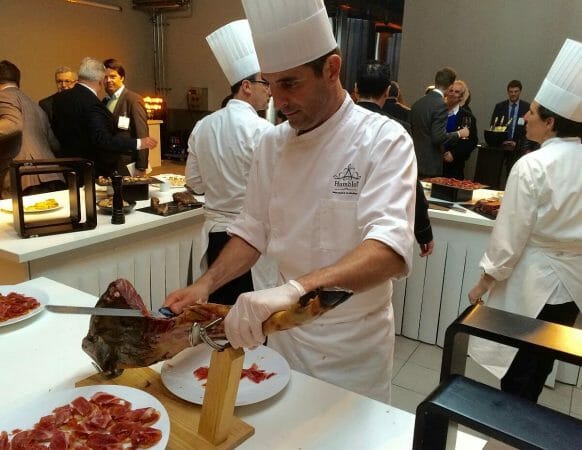 Luckily, and legally, we had our trusty driver awaiting us outside when we left the Château. We climbed into the van and made our way back to Saint Émilion for the evening. Château Fombrauge was waiting for us in all its 16th century splendor. Cozy beds were all that were needed that night. Well folks, that is it for part three. Stay tuned for part four of the Bordeaux journey coming soon!