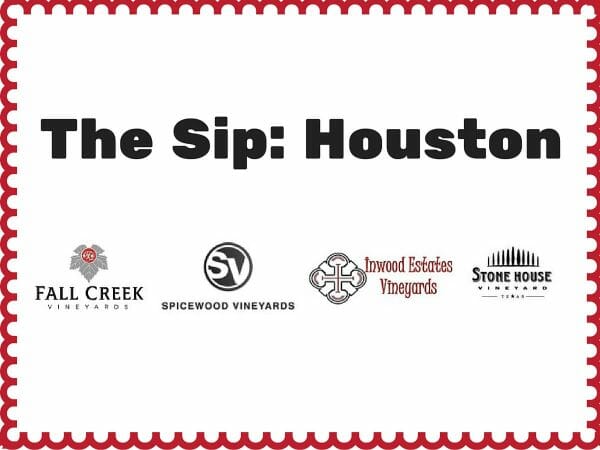 It was a rainy day in Houston, but it didn’t prevent a great turnout to listen to the wineries and also get a chance to blind taste Texas wines against comparable wines from around the world. 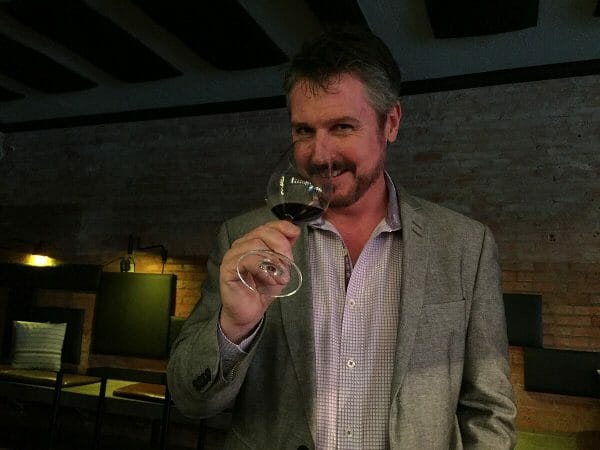 Host Matt McGinnis of Pen and Tell Us started the event by introducing the winery representatives, who in turn introduced themselves and told us a little about their winery. It was then time for what we had all been waiting for—tasting wine. The four wine glass flights started to be poured and all pours were done blind. The concept behind the tastings was to compare a Texas wine with a comparably structured non-Texas wine. We had no idea if the flight might be all Texas wines or even all non-Texas wines. 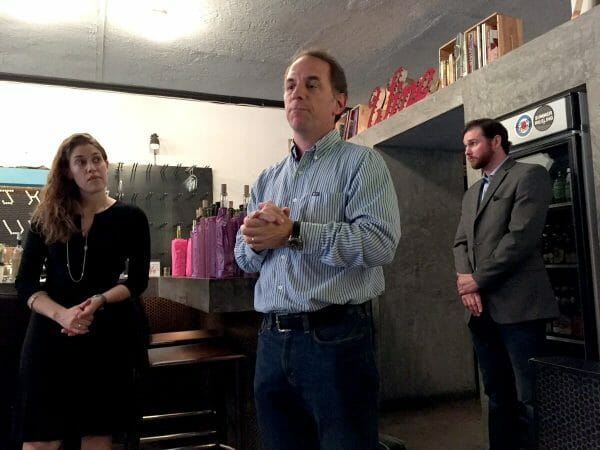 After sipping the four wines in a flight, a discussion took place among everybody to decide what grapes might have been used and also which might have been the Texas wines. Some were kind of obvious to me which were Texas wines (maybe I have a little Texas palate), but it was also in large part because I had tasted some Houston Rodeo award-winners just the week before.

Once the discussion for a flight was over, it was time for the unveil. If it was a Texas wine, the representative would tell about the wine and about the comparable wine if one was present. Then it was on to the next flight. In all, a total of 16 wines were sipped during the blind tasting. 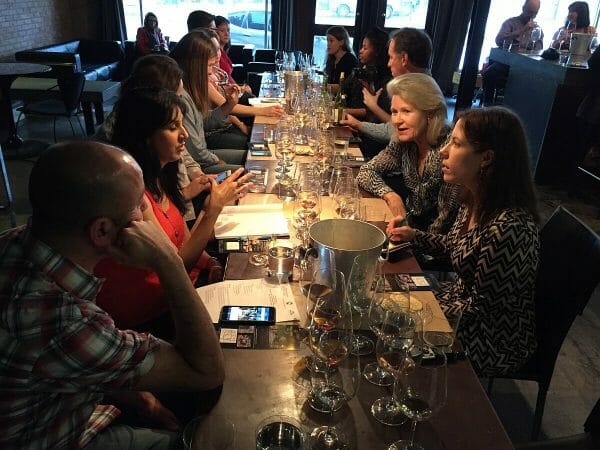 As you can tell, these were all Chardonnays. Even though it is commonly said by some that Texas cannot make Chardonnay, the people present were impressed with the Texas Chardonnays.

Flight two came and they were:

Again, the Texas wines were very impressive to the audience and most preferred them to the Bandol. If you haven’t had a Texas rosé lately, you are doing yourself an injustice.

There was definitely interest in this flight for the sippers because we had gotten to the reds. Some were surprised that the Fall Creek GSM came from the same Texas Hill Country vineyard. The Spicewood Vineyards Tempranillo presented by Ron Yates and crafted by winemaker Todd Crowell was very impressive, even up against a 2009 Rioja Tempranillo. Did you know Ron Yates is a cousin to Fall Creek Vineyards’ co-owner Ed Auler? And when we got to the Norton by Stone House, people at first made a face when hearing the Norton grape name, but they came around after tasting it. Gina Ross explained how this was their estate grape and winemaker and owner Angela Moench had been perfecting the growing and winemaking of the grape for years. Even one media person in attendance agreed she had tasted a number of Norton wines recently and this was by far the best she had ever had.

It was now time for Spencer Gatlin, son of winemaker and owner of Inwood Estates Dan Gatlin, to shine. Even though there was a difference between the Inwood Estate wines and their comparatives, there was agreement that these were definitely bold red wines that were a good representation of what Texas can produce.

What is the point of a whole tasting of wines without a little dessert wine at the end? And that is what we had left, one last wine. After people enjoyed the dessert wine which was done in a port-style, it was mostly obvious that it had to be a Texas wine because there was no comparative. Sure enough, this was the wine:

Gina Ross explained that the Scheming Beagle Port was made from Norton grapes and named for their winery dog, and the port style wine is done as a tawny port.

Everyone thanked us for coming and we thought we were done after a wonderful blind tasting of wines. However, if we wanted to stay a little longer, there were two bonus wines we could try. I don’t think I saw someone leave at that point. The wines then poured were:

Everybody that stayed enjoyed the tasting of the bonus wines and mingling more with the winery representatives. Most media people that were in attendance do not usually write about Texas wines, but I would say that The Sip: Houston showcased some very fine wines and opened up some eyes as to what Texas wines can be. 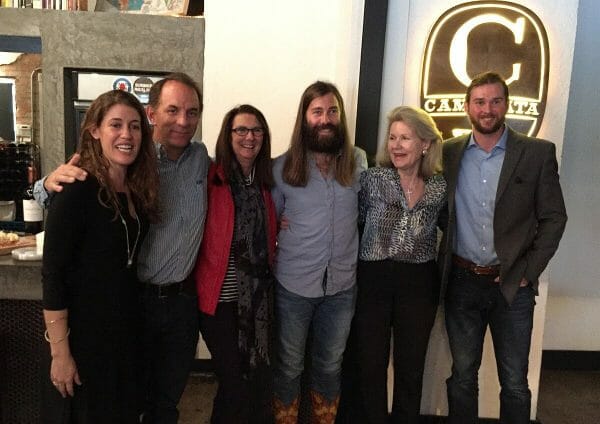