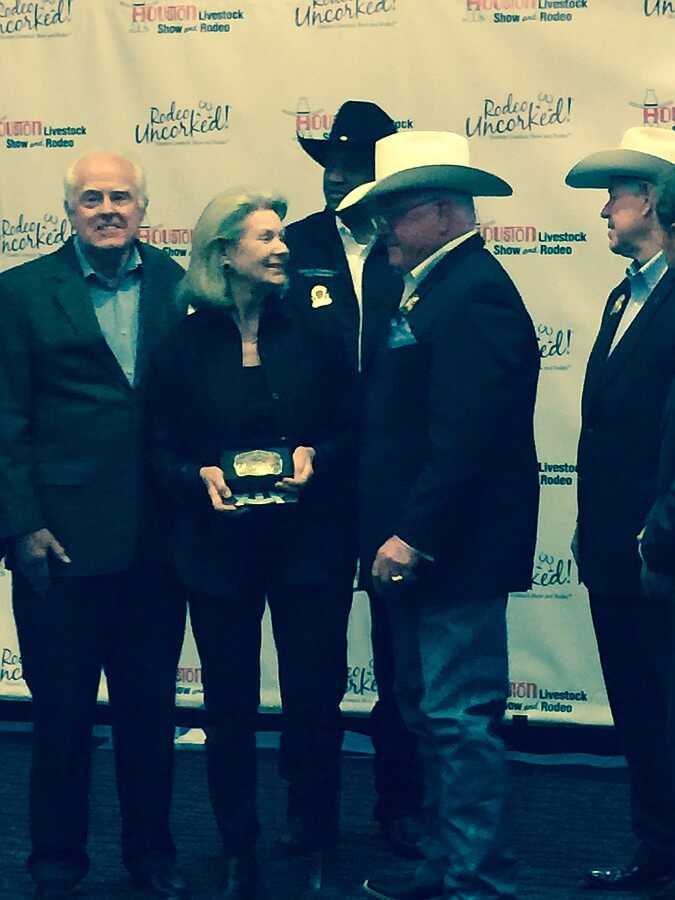 Fall Creek Vineyards was the proud recipient of a new “Commissioner’s Top Texas Winery Award 2016,” presented by the Rodeo Uncorked! International Wine Competition at the Houston Livestock Show and Rodeo and the Texas Department of Agriculture (TDA). The award was presented at the Champion Wine Ceremony in the Louis M. Pearce Board Dining Room at the Rodeo Uncorked! By TDA Commissioner Sid Miller.

“We are deeply honored to be the inaugural recipient of this prestigious award,” said Ed Auler, co-owner of Fall Creek Vineyards. “These Champion Fall Creek Vineyards wines are the direct result of our Director of Winemaking, Sergio Cuadra’s sensory talent and attentive watch over the grapes which Salt Lick Vineyards and Certenberg Vineyard grow so painstakingly.”

Cuadra brought a global perspective to Fall Creek Vineyards, having made some of the finest wines in Chile, having worked as Chief Winemaker for many years at two highly successful Chilean companies; Concha Y Toro and Caliterra, sister company of Viña Errázuirz. He joined Anakena wines in 2010, where he worked with the consultancy of Paul Hobbs, who subsequently recommended Cuadra to the Aulers and Fall Creek Vineyards.

Fall Creek Vineyards is one of the three oldest wineries in the state, and Ed, along with co-owner and wife Susan Auler, are well-known throughout the industry for securing the ‘Texas Hill Country’ appellation (AVA) designation for the Hill Country, which is one of the largest Viticultural Areas in the country. They opened a second location, in Driftwood, Texas just over one year ago.