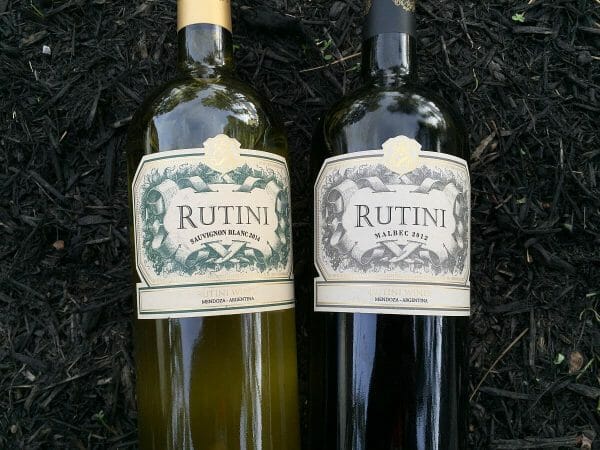 We received samples of a Rutini Wines 2014 Sauvignon Blanc and 2012 Malbec. Rutini Wines is located in Mendoza, Argentina. Nice Winery in Houston actually produces a Sauvignon Blanc and Malbec from Mendoza too, so we thought it would be interesting to have their opinion and tasting notes on the two wines as a comparison. We met with co-owner Ryan Levy and brand ambassador Raju Gajarawala at Nice Winery to share the wines. 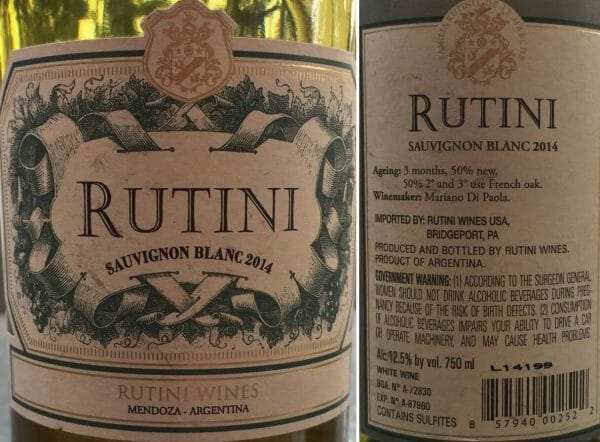 The first wine tried was the Rutini Sauvignon Blanc 2014. Ryan said on the nose he got white ripe grapefruit which you would expect from a Sauvignon Blanc along with nice minerality with a little river stone. He really liked the aromatics a lot and picked up white flowers with maybe a hint of gooseberry and some stone fruit like apricots and peaches.

When tasting, the mouthfeel was soft and we were all surprised that the wine was not nearly as acidic on the palate as expected from a Sauvignon Blanc, and I gave the acidity a medium plus. The fruit was light and not overpowering with some grapefruit showing through on the palate.

Ryan said, “Pineapple comes out on most Sauvignon Blancs, but not the Rutini. This has a lingering finish. I wonder if they took this through malolactic fermentation because it has a creamy mouthfeel which would indicate they took part of it through malo. What’s funny is I don’t pick up any butter notes on the nose. For Sauvignon Blanc, this end of it is not typical, but it’s nice. It’s a lovely enjoyable wine.”

We had not shared the technical specs with Ryan and sure enough, he was right. The Sauvignon Blanc went through 25% malolactic fermentation.

Ryan wanted to comment briefly on the type of cork Rutini uses which is becoming very popular in Argentina. It is an engineered cork called DIAM and the company that makes them have a guarantee against TCA. They ensure your wine will not be corked. Nice Winery is actually moving to the same cork for their Sauvignon Blanc. 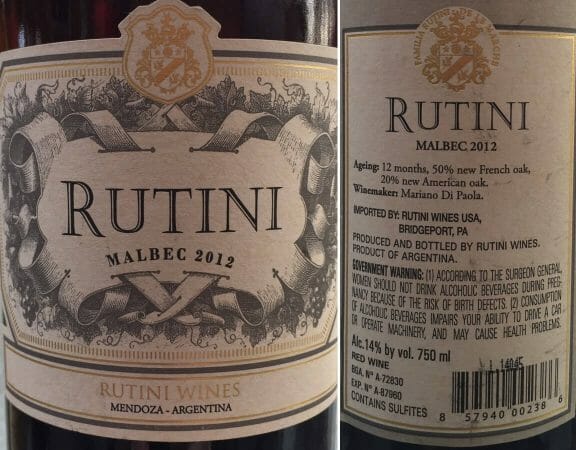 It was time to move on to the 2012 Malbec. The color of the wine was really deep purple with nice pigmentation and no rim variation. It had a nice viscosity and really had some body to it.

On the nose, we all agreed it is a very typical Malbec. Ryan picked up figs and plums, with a bit of stewed cooked fruit on the nose which he didn’t expect.

Upon tasting, the wine was really jammy on the palate with lots of well developed fruit like a very mature plum and even some prune. There was a little bit of jammy fig almost like a Fig Newton flavor. There was a slight cherry flavor, but it was almost like cooked cherry pie, not like fresh cherry. Raju picked up some baking spices also. The Malbec is not overly tannic and soft, well-rounded. Ryan wondered if there was a slight amount of residual sugar because he detected almost a fruity, bordering on candy, finish.

The wine was aged for 12 months with 50% in new French oak and 20% new American oak. Ryan said the barrel regimen was very similar to how Nice Winery makes their Malbec. He appreciated that the winemaker did not over oak the wine because it allows the wine to taste like Malbec instead of some other varietal.

Overall, the Malbec was a solid, well-made and balanced wine.

Raju said the wines were very good to drink by themselves, but she was sure they would also pair very well with food too. For the Sauvignon Blanc, she said people could pair that with a seafood like a typical Sauvignon Blanc would, but it would also go good with chicken dishes. Because of the oak, something like scallops which goes well with a rich buttery Chardonnay would allow the Rutini Sauvignon Blanc to go well too.

Raju would pair the Malbec with a lamb, and probably not a steak. “It has some good tannins and full body, but not like a Cabernet Sauvignon that would go better with steak. But for those people who do not like the typical Napa Valley Cab, this Malbec would work well too.”

Winemaker for both the wines was Mariano Di Paola who was recently named one of Decanter’s Top 30 winemakers in the world. Rutini Wines was founded in 1885 by Italian-born Felipe Rutini. The Rutini family built the Bodega La Rural on the outskirts of Mendoza. Rutini has over 900 acres of vineyards in Gualtallary, Altamira, La Consulta, Rivadavia, and Maipú.

Everyone enjoyed both the Rutini 2014 Sauvignon Blanc and 2012 Malbec, and we would have no problem recommending both wines.