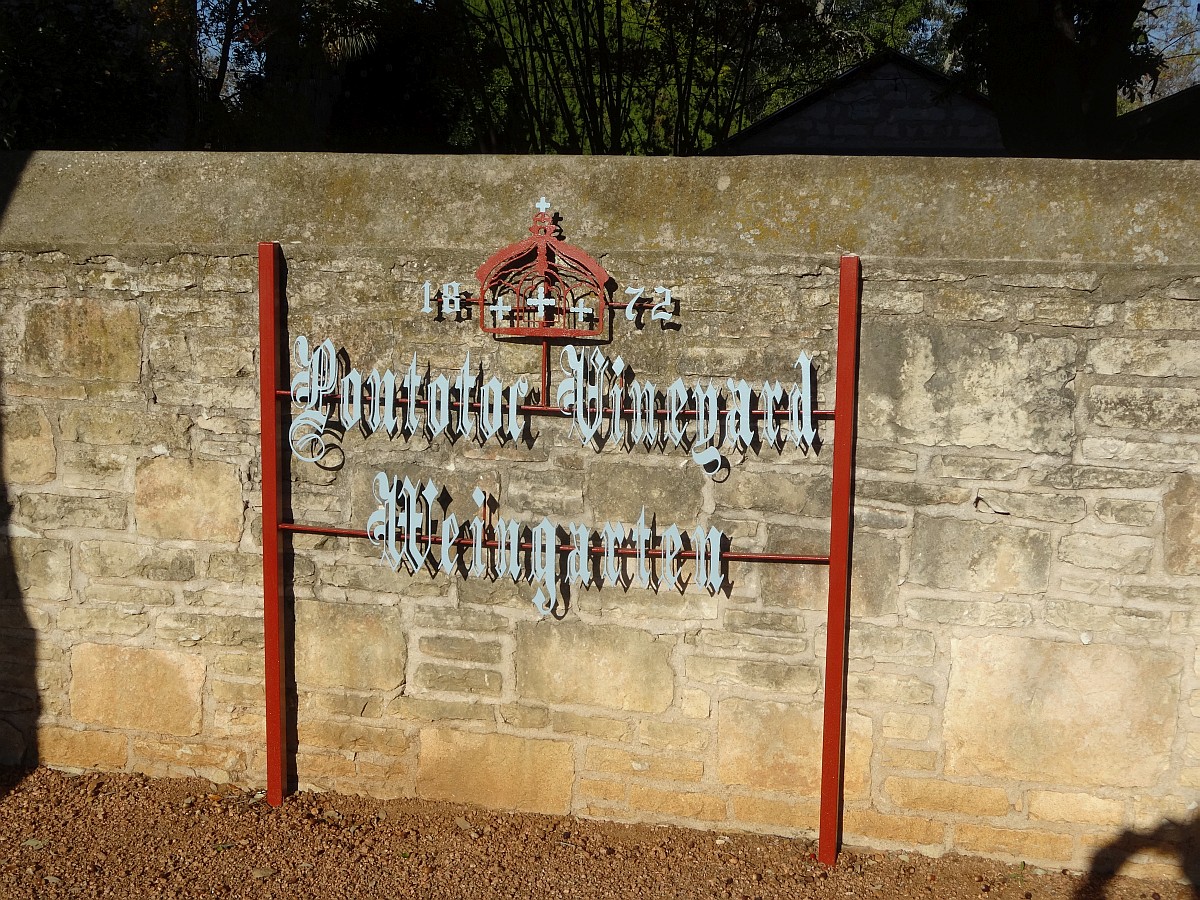 For years, the only way to get a tasting of Pontotoc Vineyard wines was to arrange a meeting with Don Pullum or Carl Money, or get lucky enough to come across them at a Central Market or Whole Foods. In 2015, things got a bit better. On Saturdays and some Sundays, Carl or wife Frances Money would pour at a co-op on the west side of Main Street in Fredericksburg. Though the location was intimate and nice, it just did not work well for extended visits.

In 2015, Carl showed me a property near the co-op. The large courtyard shaded by a copse of trees lead to a few small, older buildings in the back. Though the area needed some work, it would house Pontotoc Vineyard’s tasting room. 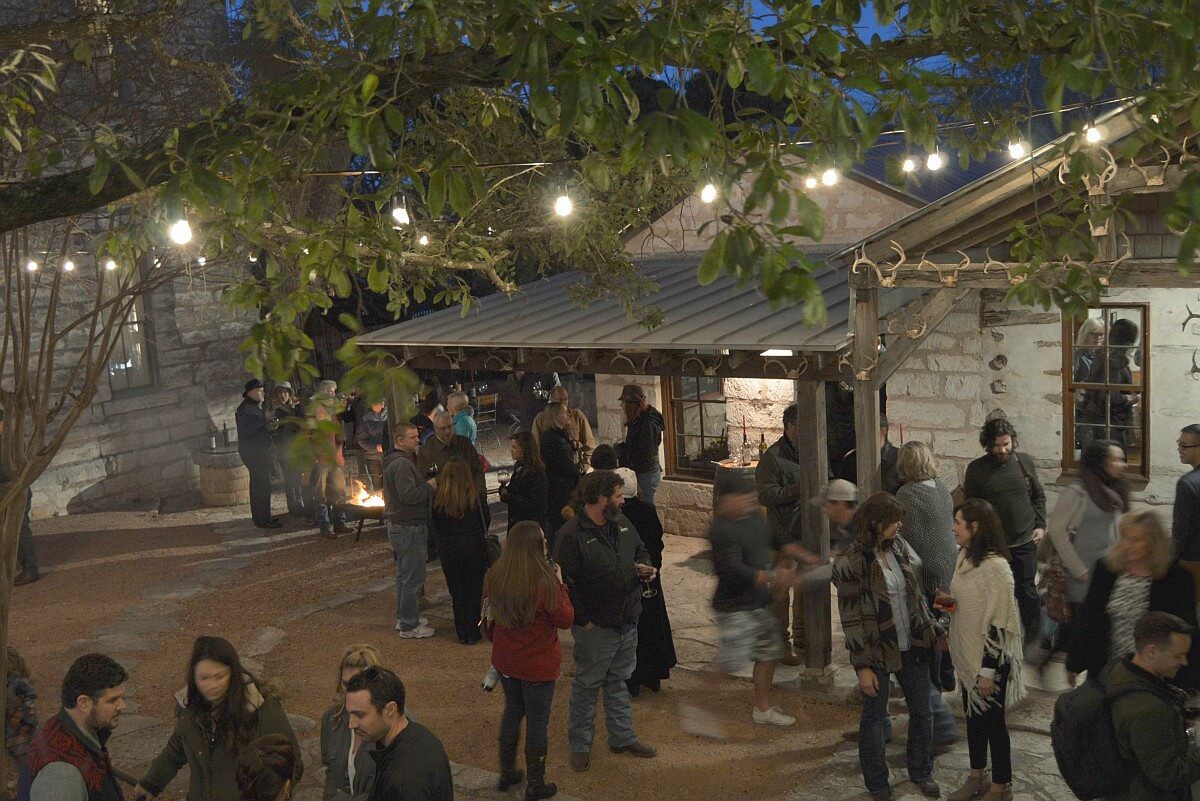 Late in 2015, guests were occasionally allowed a tour, and sometimes a tasting, in the finished buildings. On New Year’s Day, Pontotoc hosted a party, with requisite black-eyed peas. The small tasting room was packed tight. The adjoining room provided a delicious spread. And despite the dreary skies and cold temperatures, those who visited the Weingarten, had a great time. 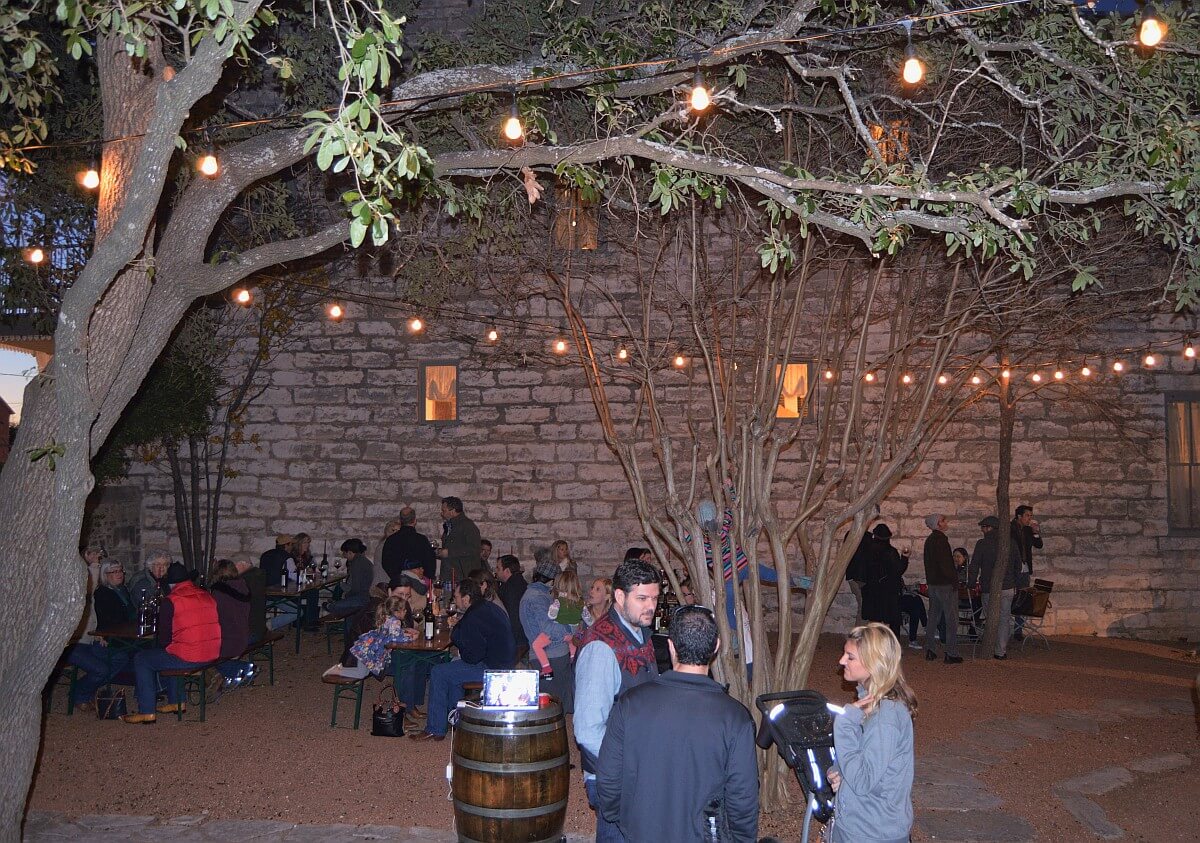 A few weeks later, the Weingarten got its official Grand Opening. On a chilly, windy Saturday evening in January, people streamed in to drink some wine, meet up with friends, and meet new friends. Sean and I were lucky enough to join the crowds that evening – as well as on New Year’s – alongside fellow Texas Wine Lover’s Jeff Cope, Gloria Schlanser, and Jim Rector. Other regulars in the Hill Country filled the large courtyard. 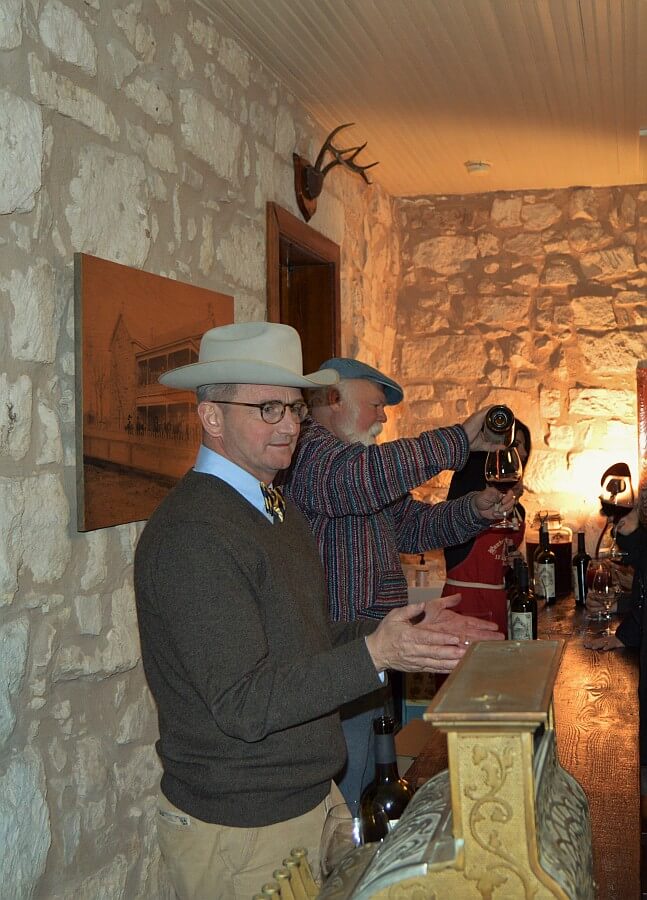 The tasting room, which was only doing glasses and bottles, always had a line out the door. The fire pits never lacked for company. The adjoining room stayed crowded, as a shelter from the blustering winds. And the future cellar downstairs was filled with wine, laughter, and conversation. Towards the end of the evening, Frances started a movie that she projected on one of the adjoining brick walls (something they plan to do regularly). 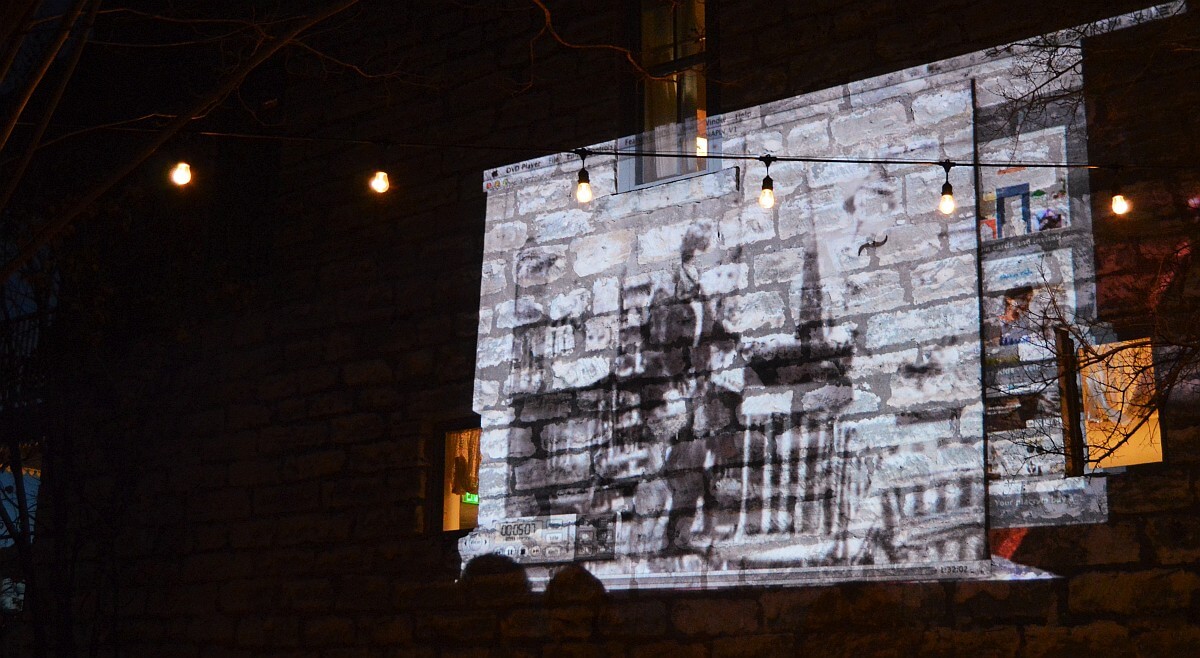 When we left, the party was still in swing. But best of all, the party will continue on Fridays, Saturdays, and Sundays at the Weingarten at 320 West Main Street in Fredericksburg. Tastings await guests at the long bar. The courtyard offers a beautiful spot to enjoy a glass or a bottle. No longer do we have to try to finagle a tasting; Texas wine lovers can now make a visit to the Pontotoc Vineyards Weingarten.