East Texas. Yes, there are wineries in East Texas, and good ones at that. The problem is they are spread out so you are really limited to the ones you can visit on a weekend. We wanted to visit a few more wineries, but there just wasn’t time. In our most recent trip before the holidays, we were able to visit a couple wineries on the way to East Texas which made it possible to visit more on Saturday. 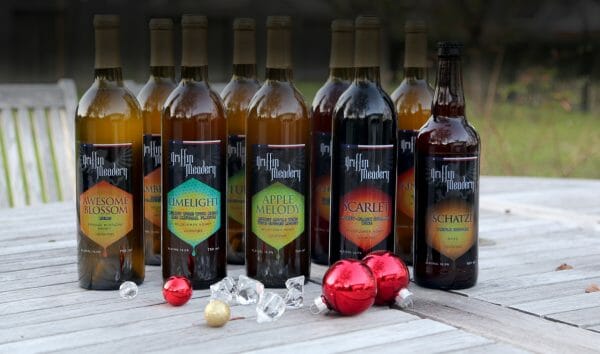 On Friday evening, we drove to Willis and visited Griffin Meadery while it was still daylight. Don’t you love these early dark nights? No, I don’t either. We had a great visit with co-owner Bridgett Leslie and tried the meads Griffin Meadery had available. We have had some of their meads while volunteering at a couple Old Town Spring wine festivals before, so it was nice to visit their new tasting room. 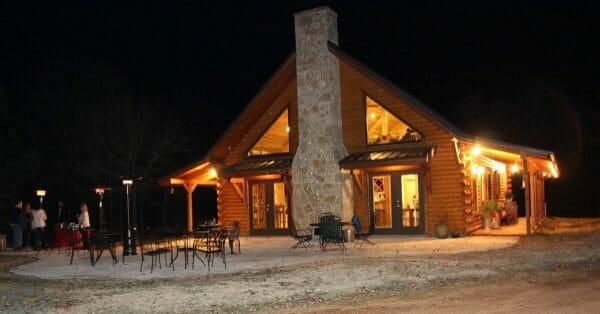 We had planned on visiting 3 P’s in a Vine and fortunately they were open until 10 p.m. on Friday night. Since we could visit the winery at night, we found a hotel in Athens and visited the winery when we first arrived in town. The night was getting cold, but the hospitality was warming. Visiting the winery at night was a great choice and we had a wonderful time at 3 P’s in a Vine. We will definitely be stopping to visit again when we’re in the area.

While we were talking to Brett and Rae Priestley at 3 P’s in a Vine, they told us about another winery that had recently opened nearby which was White Fox Vineyards. Our time was going to be short in the morning (remember those driving distances?), but if we wanted to visit the winery, they could call the owners and see if they were going to be available in the morning. Of course we wanted to visit! So the phone call was made and our plans for visiting White Fox Vineyards in the morning were made. 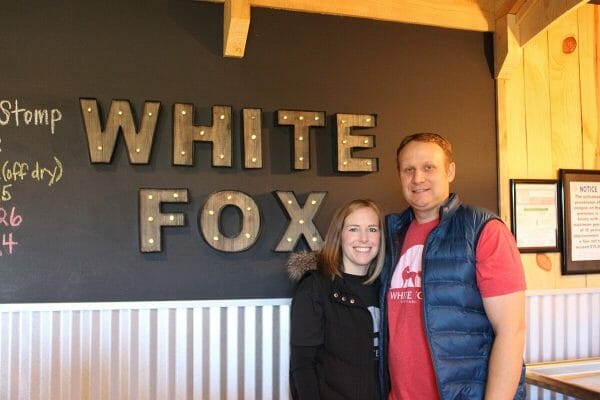 We left early in the morning to visit the winery and met both owners, Daniel and Sarah Fears, at White Fox Vineyards. We even had the chance to meet Sarah’s father and Gloria had a nice conversation with him too during our stay. Along with Jack the donkey and the wines, it was great that the winery was opened early so we could visit. 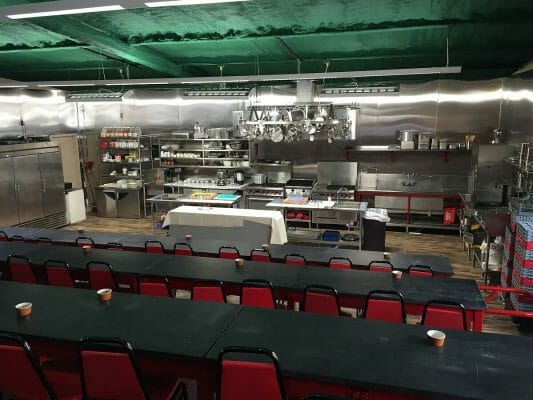 Since we were near Tyler, we had to visit Kiepersol Estates Winery when they opened. We didn’t have much time available, so we skipped the distillery this time and went directly to the winery. As is often the case when we visit a winery we have been to before, we asked what wines were new and got to try recently released wines. It is always a pleasure visiting owner Pierre de Wet and daughter/winemaker Marnelle Durrett. Marnelle showed us the recently opened Salt which is a kitchen with stadium seating. There will be special wine tastings and cooking demos held in Salt and it can be rented for private events. Salt is another excellent addition to the Kiepersol businesses.

Now it was time to make the trek to Greenville where we had planned to take the 2 p.m. Landon Winery tour with owner Bob Landon. We had taken the tour before, but Bob was unable to make the tour; this time he was there. One other couple joined the tour group that day and Bob gave a very fun and interesting tour. Besides tasting from barrels and tanks, there was also trivia and food pairing which gave a very interesting perspective on how certain foods affect the taste of wine. Everybody was having such a great time that the 2-hour tour turned into 3 ½ hours! It was definitely one of the best winery tours we have taken and can highly recommend it. Out of the blue, I brought up the idea of doing a podcast with Bob Landon and he agreed. After running to the car to get the recorder, we recorded a quick podcast, and we are looking to seeing Bob again at the TWGGA Conference. 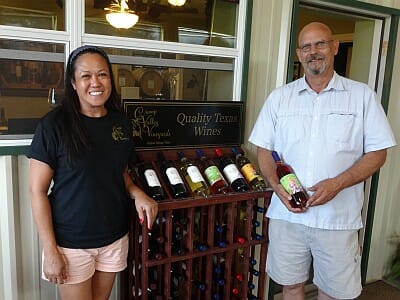 Unfortunately, because the tour lasted longer than expected, we could not visit a winery we had planned on visiting, so we headed directly to dinner at Crump Valley Vineyards. We saw Travis Crump and Diana Lewis again and as usual, had a fantastic dinner paired with some great wine and excellent conversation.

It was dark now and time to make our way back to our hotel in Athens. It had been a short weekend, but once again, another excellent trip to East Texas.