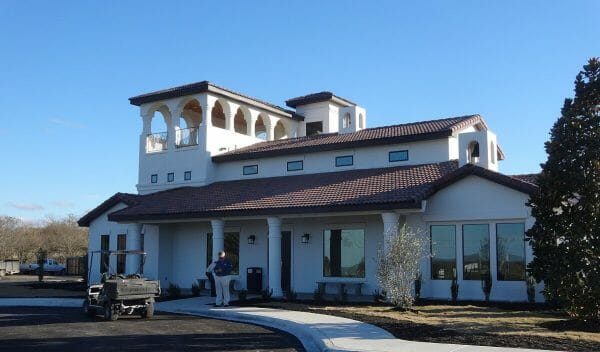 Barons Creek Vineyards is located on Hwy 290 east of downtown Fredericksburg and is owned by brothers Mike, Chris, and Marc Chase. The tasting room opened on the Saturday before Christmas 2015 and the Grand Opening was held on January 16, 2016. Be careful using your phone or GPS and make sure you put in “East” Hwy. In our group, one of us was sure that it was east of Fredericksburg while others thought it was west. We found it as we drove by it on the east side of town and after a quick turn around we were there. Even better, use the Winery Map here on Texas Wine Lover to find the correct location.

A large white Mediterranean-style building with Barons Creek firmly ensconced on the front awaits you as you drive in with two big columns at the entry gate each with a crest with “BC” on them. 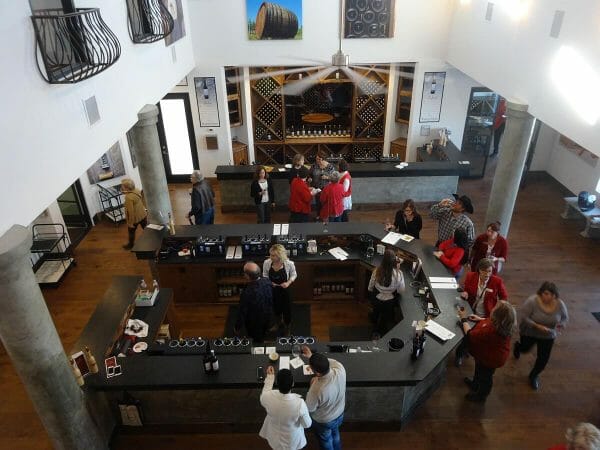 If you’re tuned onto social media related to Texas wine, you know Mike Igo and Bill Burns. When we heard they both were working in the tasting room at Barons Creek we knew it was only a matter of time before we’d visit. Upon arriving and entering the beautiful tasting room we were pleased to see a spot open at Bill’s station and he quickly set us up with some glasses.

Tastings are done standing at the tasting bar. There is a fee for six wines which also includes the tasting glass. You can choose your tasting between a reds only flight or a mixed flight. Barons Creek uses corks with their bottles and tastings are poured from a measured pourer.

As we sometimes do, my wife, Carole, and I each had a tasting of a different flight. Carole chose the mixed flight and I chose the red only flight. At this point all the wines are sourced from vineyards in California, Washington, and Spain. Everyone we spoke with were knowledgeable about and open with where the wines were sourced. Here are the wines available in each flight.

We both got a taste of “Celler D. Russell Smith Montsant” – a nice Spanish red wine made by Barons Creek winemaker D. Russell Smith. This is a limited time bonus pour wine. There is also a Texas wine called Sweet Dreams which is a Port-style wine. Recently bottled, but not yet released, is a Texas Merlot. 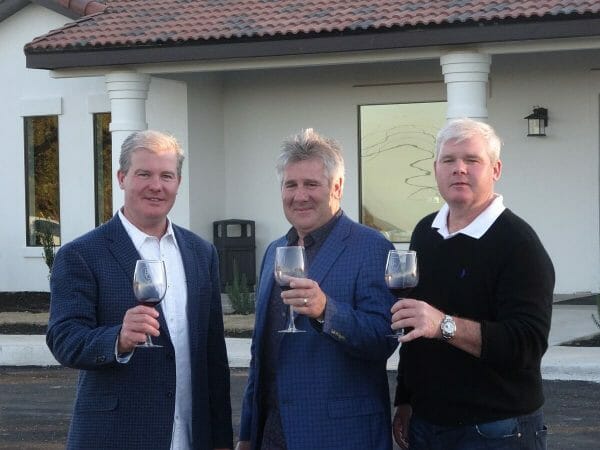 During our tasting we met tasting room manager Mike Igo and winemaker Russell Smith and were glad both took time out of their day to talk with us. We learned that in addition to their currently sourced fruit they intend to add more wines from Texas fruit. Russell owns a vineyard in Spain and we were intrigued to hear about this as well as to learn that he was a former winemaker at Becker Vineyards. 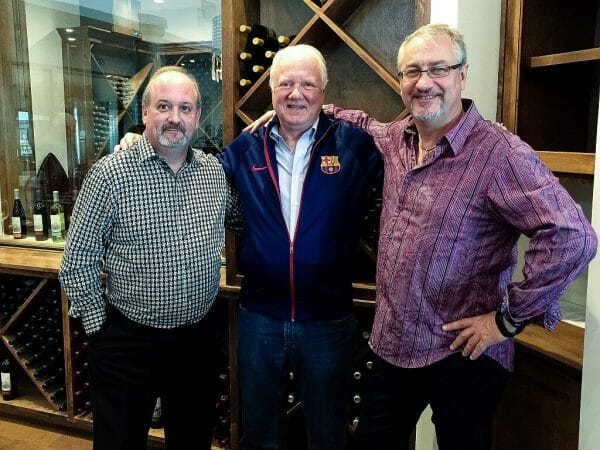 Barons Creek has several buildings on site including villas that can be rented for overnight stays which includes four “Master Suites” and eight “Guest Rooms.” This sounds like a wonderful possibility for our next anniversary celebration. The villas should be available for use by the end of January 2016.