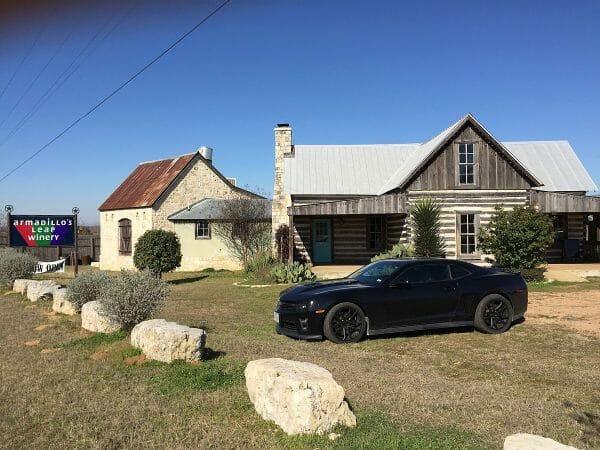 Armadillo’s Leap Winery is located on US 290 in Fredericksburg and is owned by the Kuhlken-Osterberg family. They are also the owners of Pedernales Cellars. The winery opened on December 8, 2015 and the Grand Opening will be on Valentine’s Day weekend, 2016.

The tasting room is located in the same general plaza as Six Shooter Cellars and Fiesta Winery 290, so it makes a nice little destination to visit. I visited on a Monday as soon as they opened so I had the tasting room to myself. 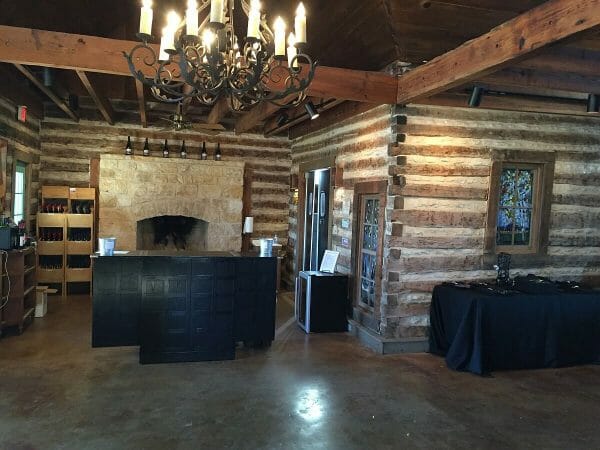 Tastings are done while standing at the tasting bar and there is a fee for tasting six wines which includes your Armadillo’s Leap tasting glass. The wine is poured from the uncorked bottles and there was nothing to cleanse your palate between tastings.

The primary wine sold is from the Armadillo’s Leap brand that Pedernales Cellars started offering a few years ago. I was told that Pedernales Cellars winemaker David Kuhlken wanted to experiment, so they created the Armadillo’s Leap brand. The tasting menu said, “The tongue-in-cheek name is a nod to California winemaking tradition” since David Kuhlken trained as a winemaker at UC Davis.

Another wine brand offered is Chlo-Jack that is another label for Bending Branch Winery. The tasting menu said, “These are playful wines for the exploring palate that are named after the Bending Branch Winery co-founders’ children and grandchildren – Chloe and Jackson.” The same thing holds true that the wines allow the winemakers to experiment with different grape varieties. 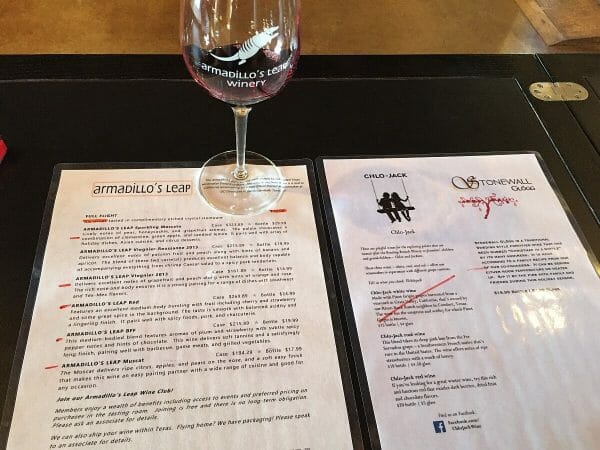 These are the Armadillo’s Leap wines that were available to taste when I was there:

The Chlo-Jack wines included a Rosé (from Fer Servadou) and Petite Sirah. Also offered at the time was the Pedernales Cellars Glögg, but it would be coming off the menu soon.

There is a wine club for Armadillo’s Leap Winery and a small gift shop with clothing and wine accessories. Live music may be held in the future. Stop on by and visit the new tasting room on US 290.