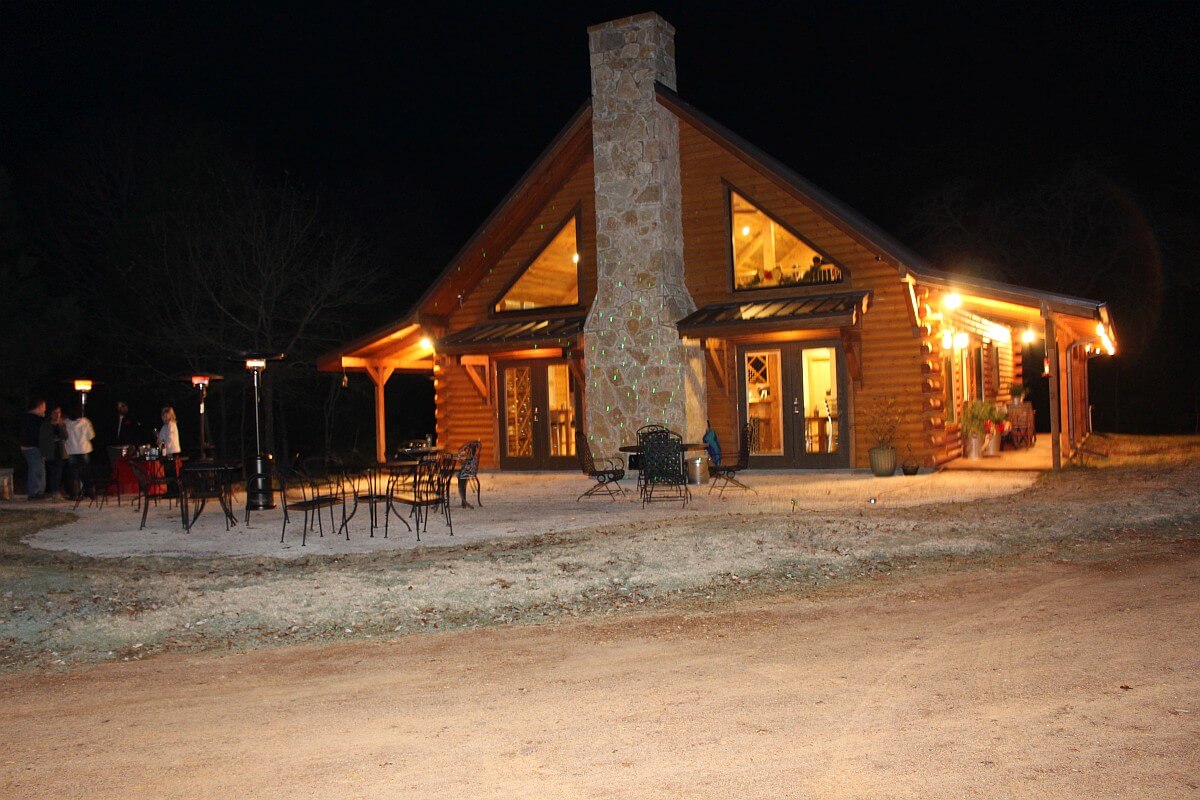 3 P’s in a Vine is located in Athens and is owned by Brett and Rae Priestley. The winery opened in June 2015.

Unlike a lot of wineries that are only open during the day, 3 P’s in a Vine is open in the evening on a weekend. We took advantage of that on a weekend trip to East Texas and visited the winery on a Friday night. It was easy to find the winery and since we visited before Christmas, the winery was decorated with lights making it even easier to see once we arrived.

The winery is built in log cabin style and we learned later that co-owner Brett Priestley builds log cabins in his “regular” job. A party was taking place outside at the winery and we were greeted when we went inside to the warmth of the winery by Brett where we were able to select a table in order to do a tasting. You can also sit at the tasting bar for tastings. The wines are poured from the uncorked bottles using a measured pourer. 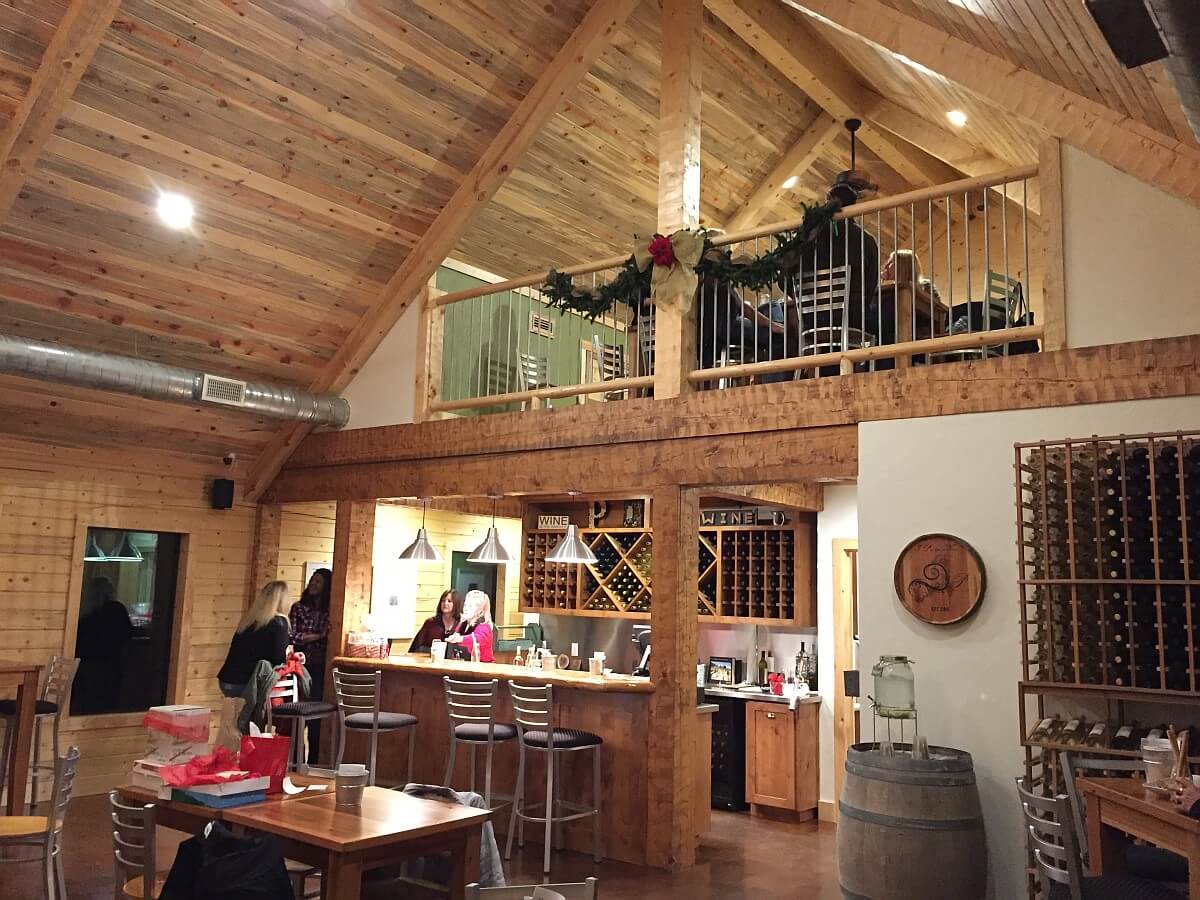 There is a tasting fee for five wines which also includes the wine glass, but additional tastes can be purchased. Breadsticks are available to cleanse your palate. You can also buy a fruit, meat, and cheese tray in addition to hummus if you are hungry. Since we missed dinner, we ordered the fruit, meat, and cheese tray which was great. Also uniquely available for those people who need reading glasses and forgot theirs at home are readers for use. 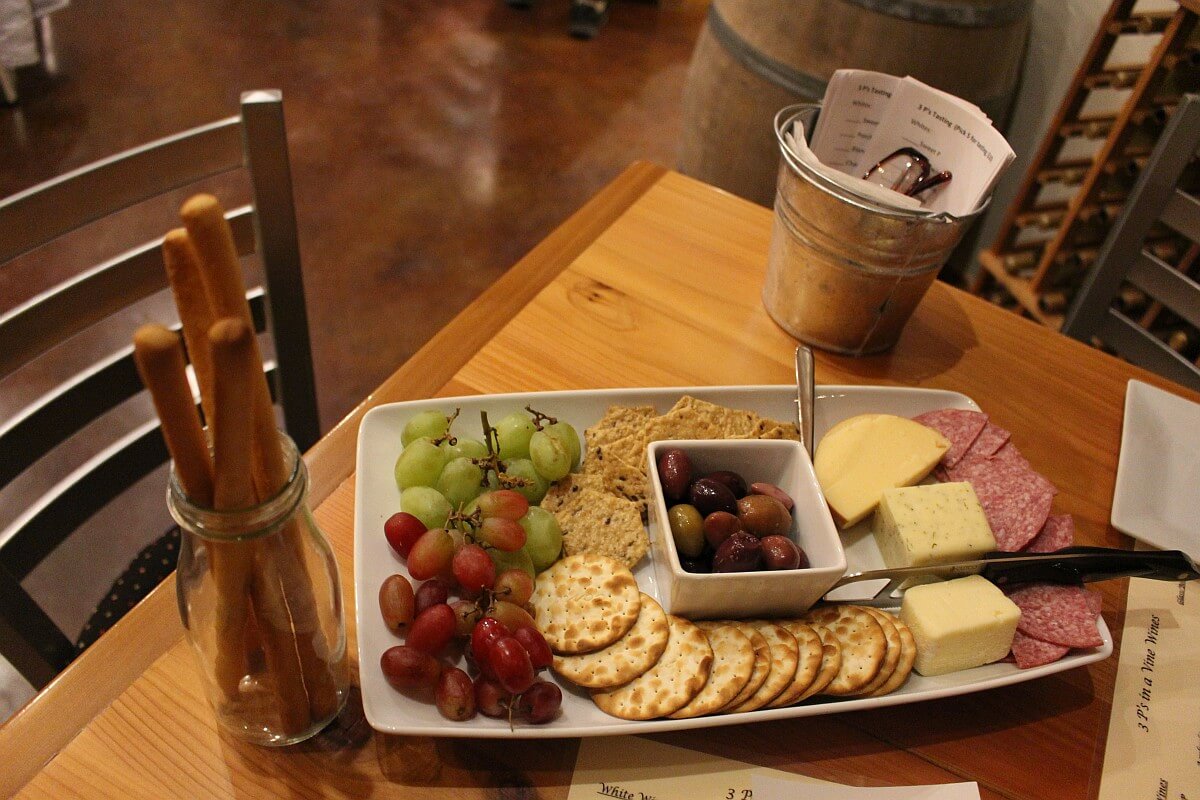 The group outside was doing fine so Brett was able to handle our tasting and answer questions. He started by telling the story of how they got into the winery business. In January 2012, Brett was doing carpentry work for a doctor who had a small vineyard of Blanc du Bois. He was moving and offered the eight year old vines to Brett including the posts, irrigation, and winemaking equipment. The problem was the vines were in a different area, but Brett dug up the 99 vines and transplanted them on their 12-acre land. Surprisingly 98 of the vines survived. They also grow Tempranillo now. After two years of growing the grapes, they decided to open a winery. Rae’s daughter, McKenzie, came up with the name for the new winery, 3 P’s in a Vine, based on their last names. 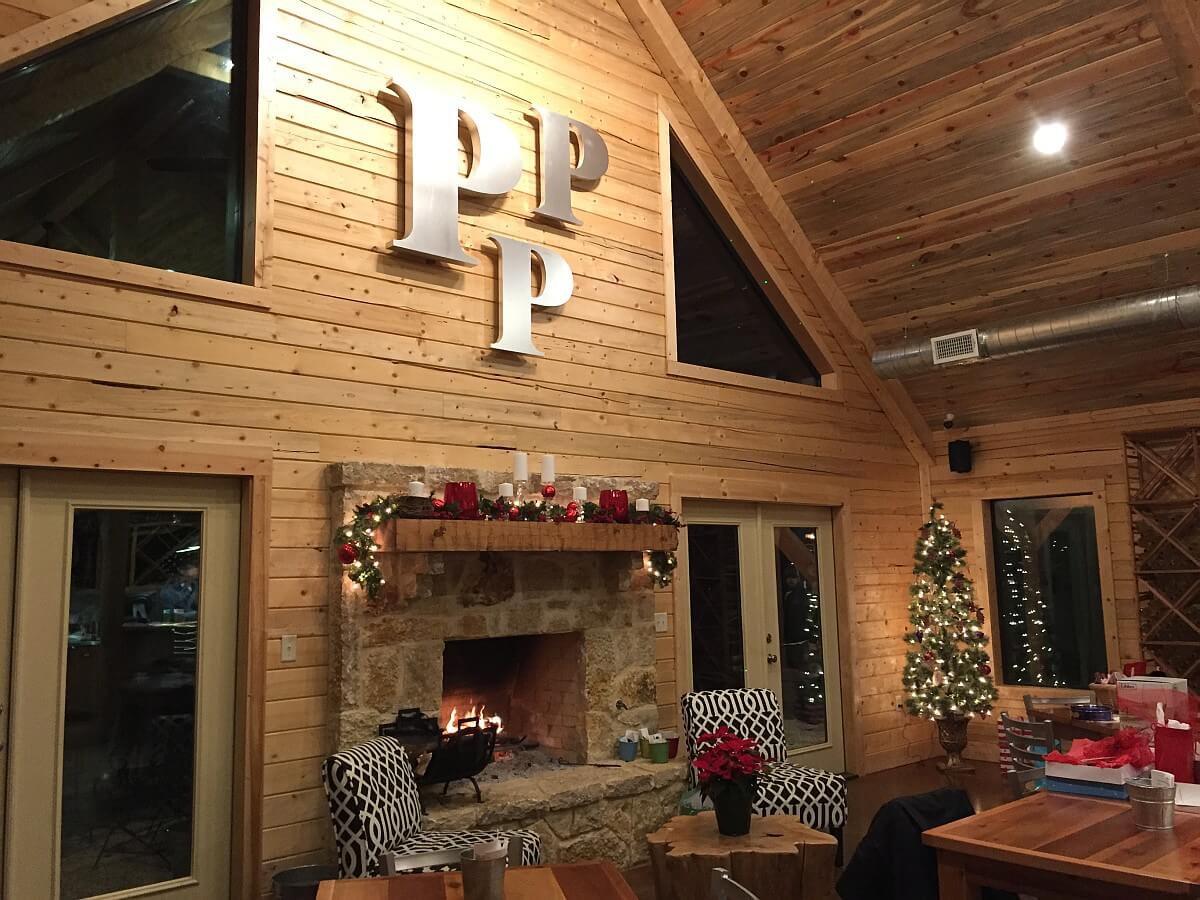 I asked Brett who the winemaker is and he replied that he has two of the best winemakers in Texas. He works with two winemakers to make 3 P’s in a Vine’s wines in the style he wants to offer.

All the wines available are 100% Texas wines and these are the ones that were available:

After our tasting, we agreed that 3 P’s in a Vine currently works with two of the best winemakers in the state. As we saw when we arrived, the winery is available for parties and they also have live music events. 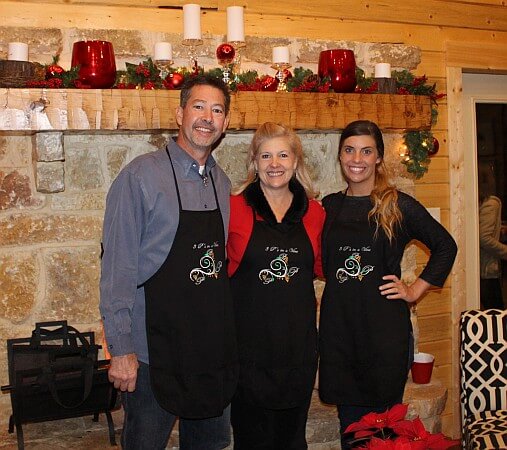 If you’re in the Athens area and want a cozy winery with great wines, definitely stop by 3 P’s in a Vine.