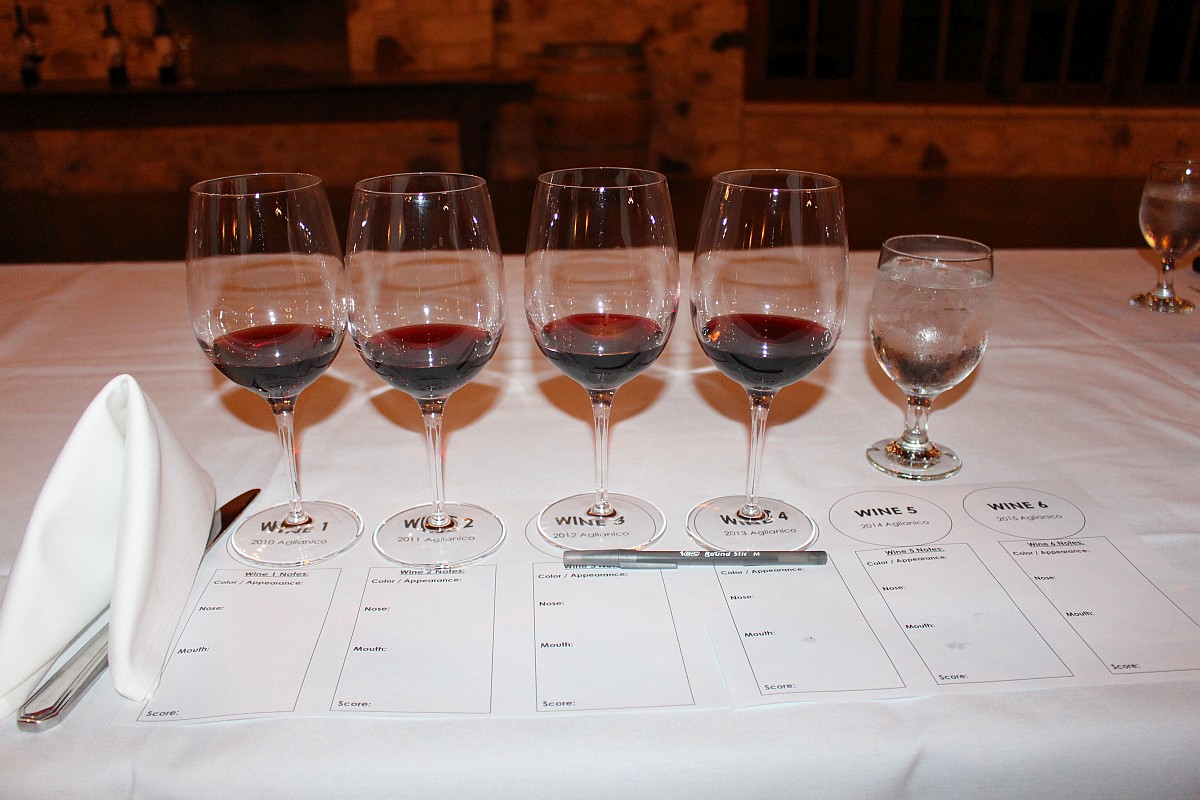 Duchman Family Winery recently held an evening of tasting their Aglianico wines led by winemaker Dave Reilly. The vertical of Aglianico wines ranged from 2010 to 2015 with the last two vintages being from the barrel.

Dave explained at the beginning of the tasting, “Aglianico as a grape is a very tannic grape. It has a lot of tannins and it takes time for the tannins to integrate into the wine to soften. As we taste through the years, you’ll see the progression and increase in tannin structure. With the wines that aren’t as old, the tannins are more pronounced.”

The first vintage was the 2010 which was made with grapes from both Reddy Vineyards and Oswald Vineyard. While tasting the first wine, Dave said they use a mixture of French and American oak barrels with mostly French, but the majority are neutral barrels. They age their Aglianico in neutral oak which lets the grape speak for itself and not be overpowered by other factors. The use of the neutral barrels is a perfect aging vessel because it gives a small amount of oxygen over a long period of time. 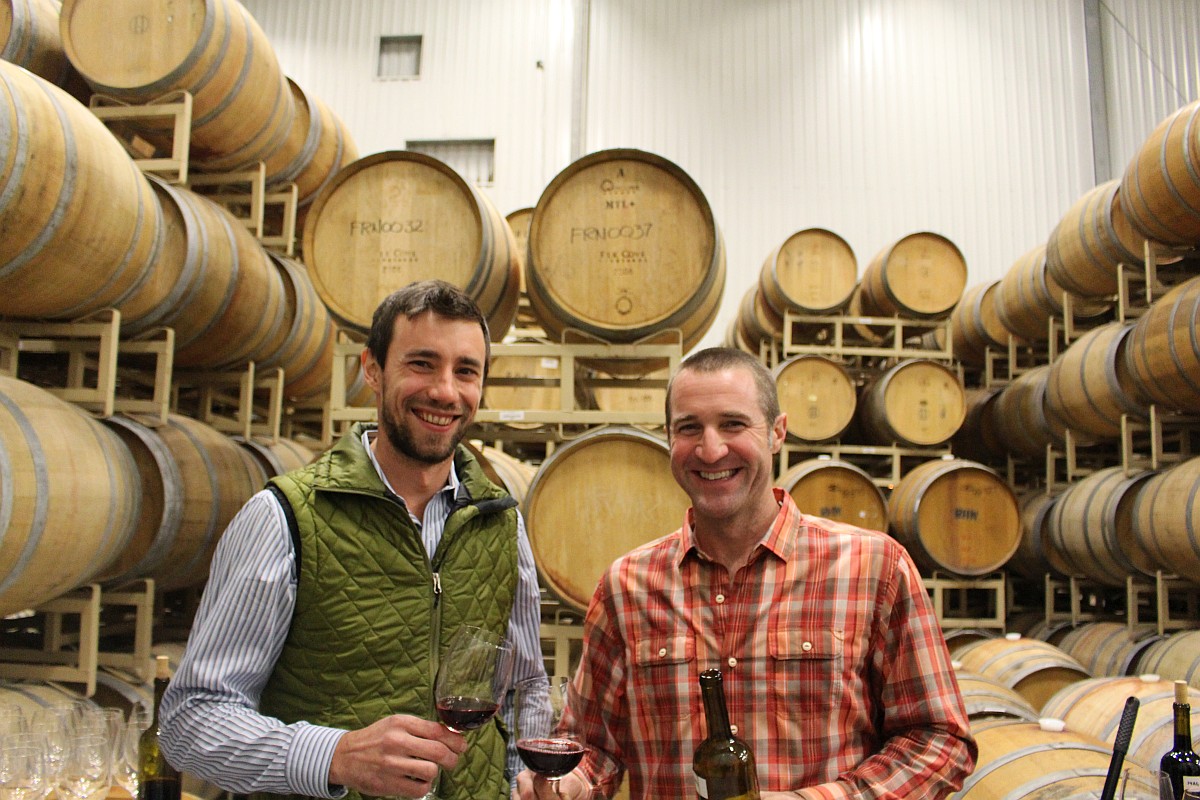 The 2011 Aglianico was the first year when they started getting their Aglianico grapes only from the Oswald Vineyard. 2011 was a drought year and there were low yields. This was now the time when they could start to offer wines that are 3-4 years old. The 2011 was recently the Aglianico that Duchman Family Winery was selling, but they are now currently selling the 2012. Speaking of 2012, the grapes that year had higher quality and good yields.

2013 was not a good year for grapes with late freeze after late freeze, however the 2013 Aglianico looks to be very promising with another year of aging. 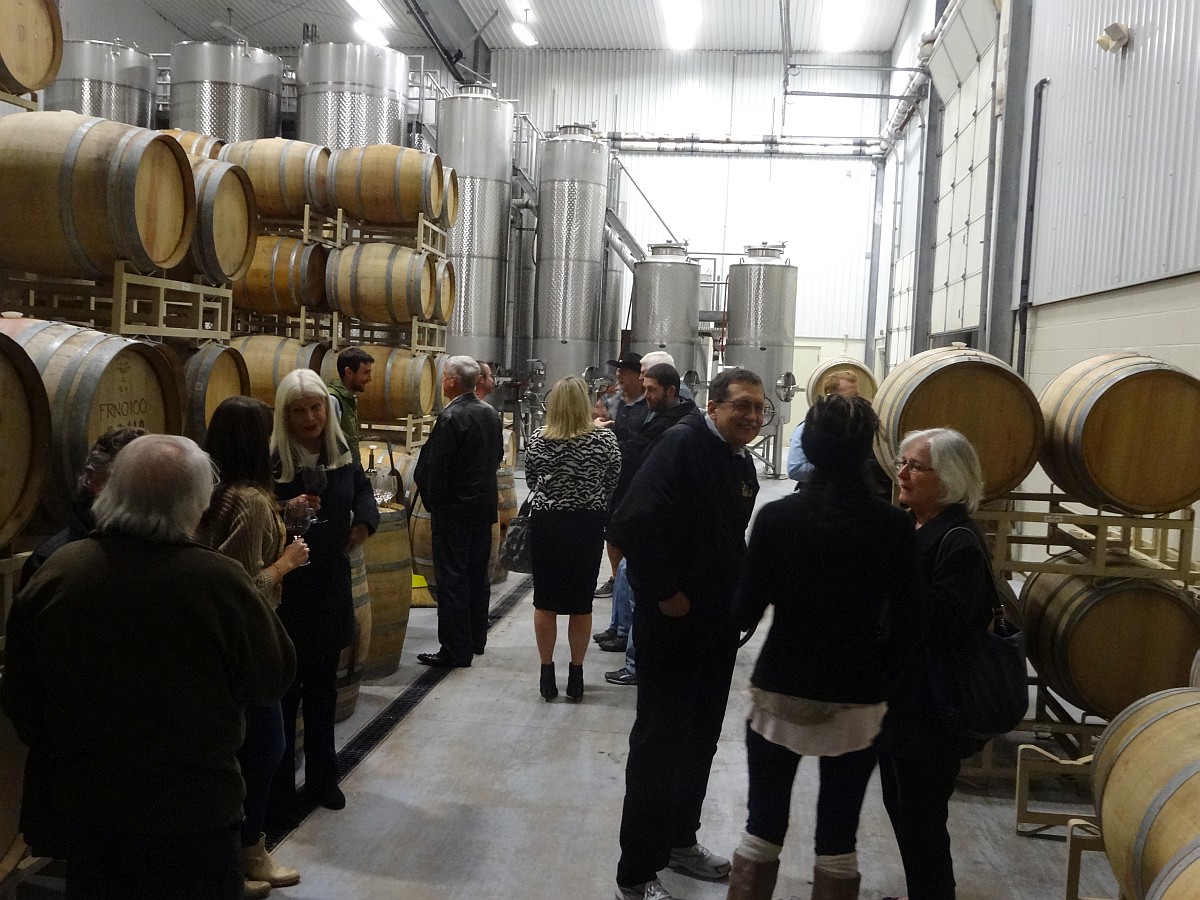 Everybody then moved to the barrel room where Dave and assistant winemaker Miles Elsey had previously taken barrel samples and put them in bottles to make it easier to serve everybody. As expected, both wines were young and the 2015 in fact had just finished fermentation in October and had been in barrel only the last few weeks. 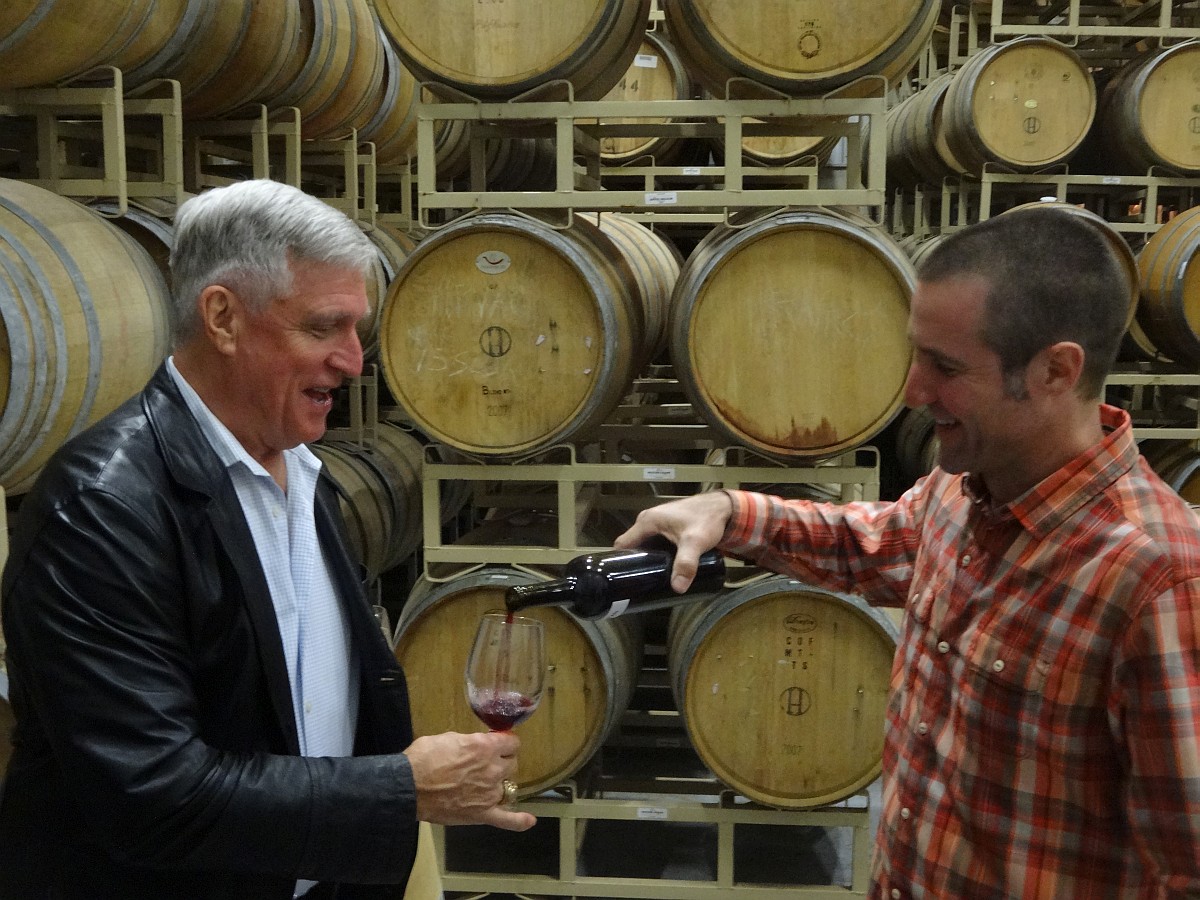 Dave Reilly on the right

The evening was a great chance to see the progression of Aglianico as a promising wine for Texas and Duchman Family Winery. 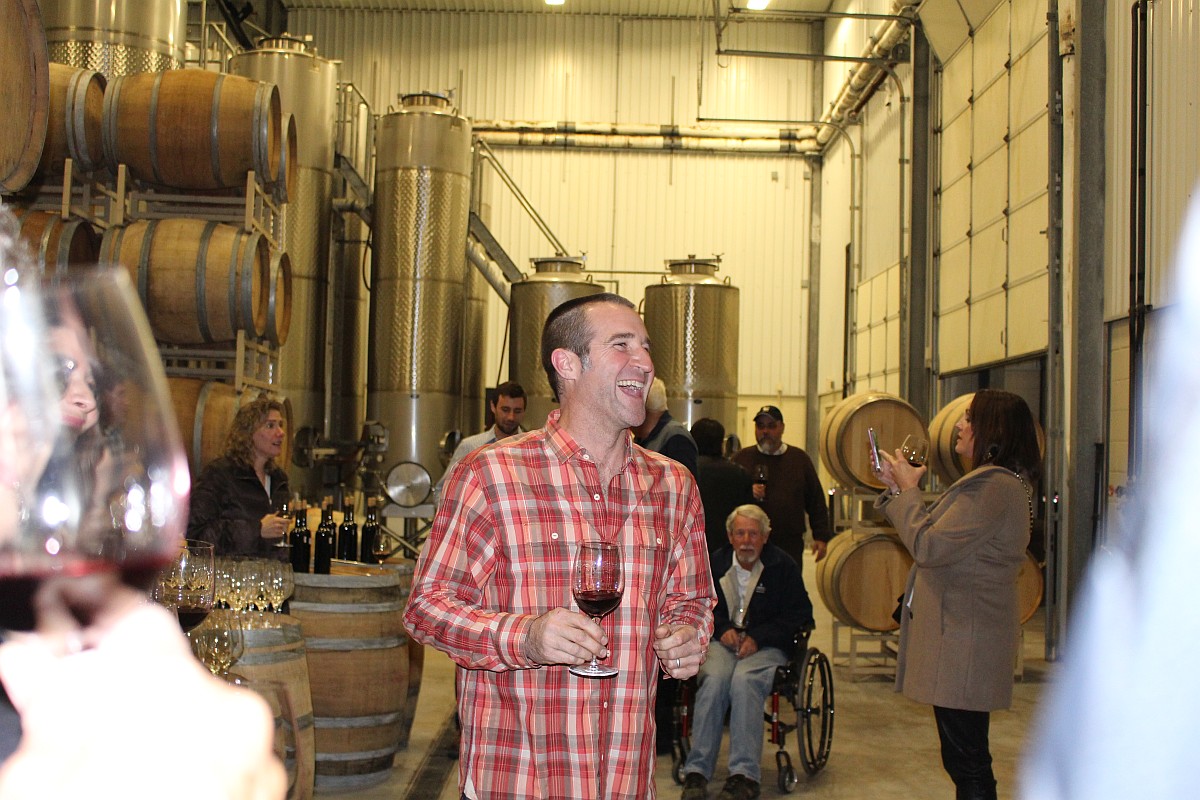 Dave Reilly was having fun too

Disclaimer: No disclaimers needed since we bought two tickets to the event.