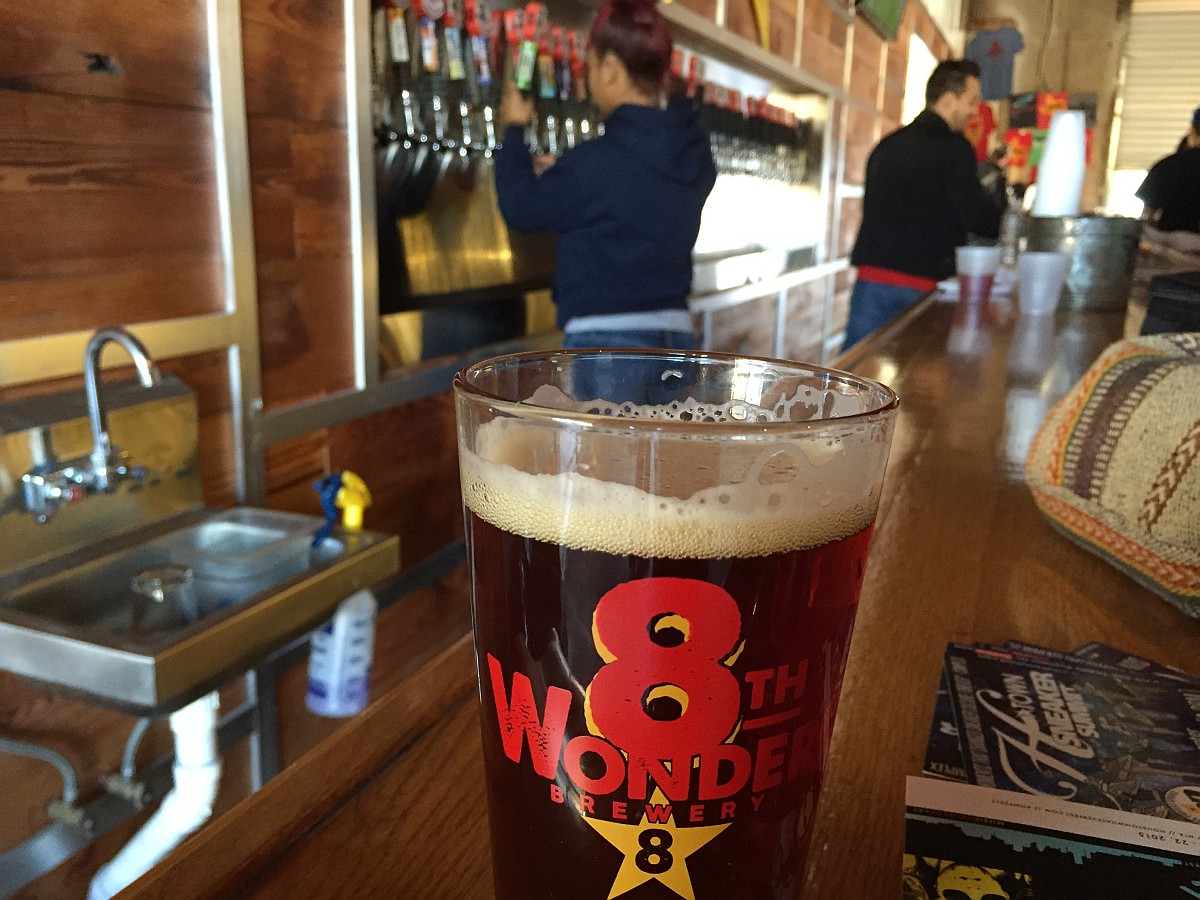 The 8th Wonder Brewery opened in February 2013 and is owned by Brian, Alex, and Aaron, who do not have last names, or my friend and I just didn’t care to find out because we were already on our third giant 16-ounce taster beer. The brewery gets its name from the Astrodome, which is currently Houston’s greatest run-down landmark. They produce around 10,000 barrels per month and have over 200 draft accounts with local beer servers, and will soon be available at Specs, H-E-B, and other places. We were lucky enough to have a few words with tap room manager Alex, not the owner Alex, who provided us with these awesome factoids. We were unable to attend the tour which their website says they have every day at 4 p.m. because construction was going on. 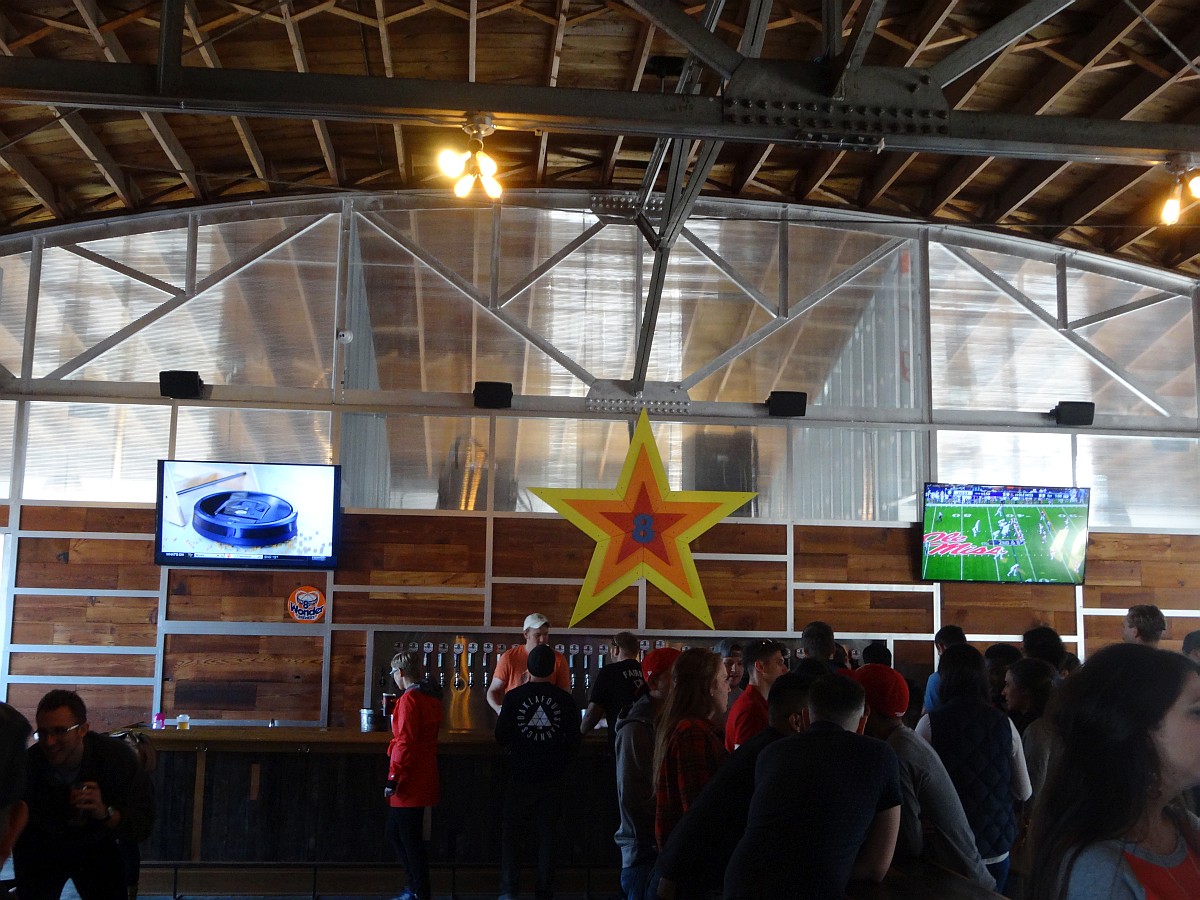 The first thing you must do when walking into the Taproom is head to the center and buy some tokens. We opted for the $15 package, which gets you 3 beer tokens and an 18 oz. souvenir glass. There are other options available such as $10 for 3 tokens and a 12 oz. plastic cup, or $4 for 1 token plus the plastic cup. Beer flights are available Sunday through Thursday for $8, which is very unfortunate as we were there on a Saturday. It should also be noted that one token=one glass-full, but you can ask for tasters at the bar. Once we made our purchase it was a quick look at the scoreboard to decide which beer we wanted. The board listed 11 different beers available in the Taproom. The beers are also listed on their website, 8thwonderbrew.com, with a good description of each. The board also lists non-alcoholic drinks that are available, and it should be mentioned that the House Sparkling Water is free. Outside you can eat at the available food truck, or play some games when you drink like the throw this bean bag in that hole game. 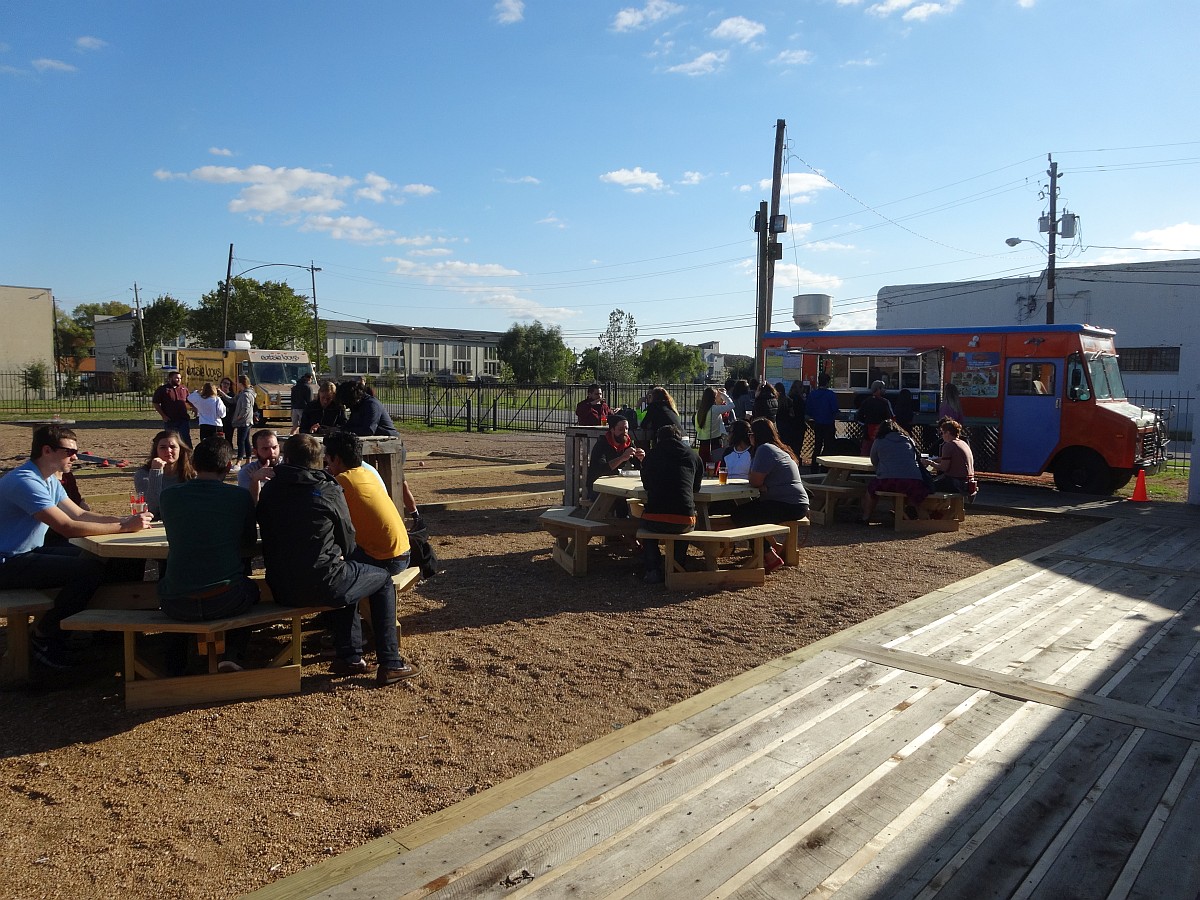 My friend is a true Texas beer lover, so I will tell you mostly about his beer experience. We both went for the Dome Faux’m as our first. This Cream Ale had just the right mix of hops and sweetness to get our beer senses going. My friend’s next beer was the Rocket Fuel nitro, which should not be confused with the Rocket Fuel, which is non-nitro. The Rocket Fuel is a Vietnamese Coffee Porter, and it tastes like a Coffee Porter. There might have been a hint of Vietnamese in there, but he could not taste it. He said the Rocket Fuel is a very good, smooth Porter, and one that he would actually have a second glass of, which he cannot say for some other Porters, but that is his personal preference. Before his last beer, he decided to get a few tasters. The bartender was very generous and let him try the Pharmhouse and Hopston. He loved the Hopston, a very good IPA with the right amount of hop. However, he chose the Alternate Universe as his last beer. The Alternate Universe is an “Altbier,” which means it is brewed like an ale but tastes like a lager. He thought it tasted more like a brown ale, but that’s him. Your experience may vary. 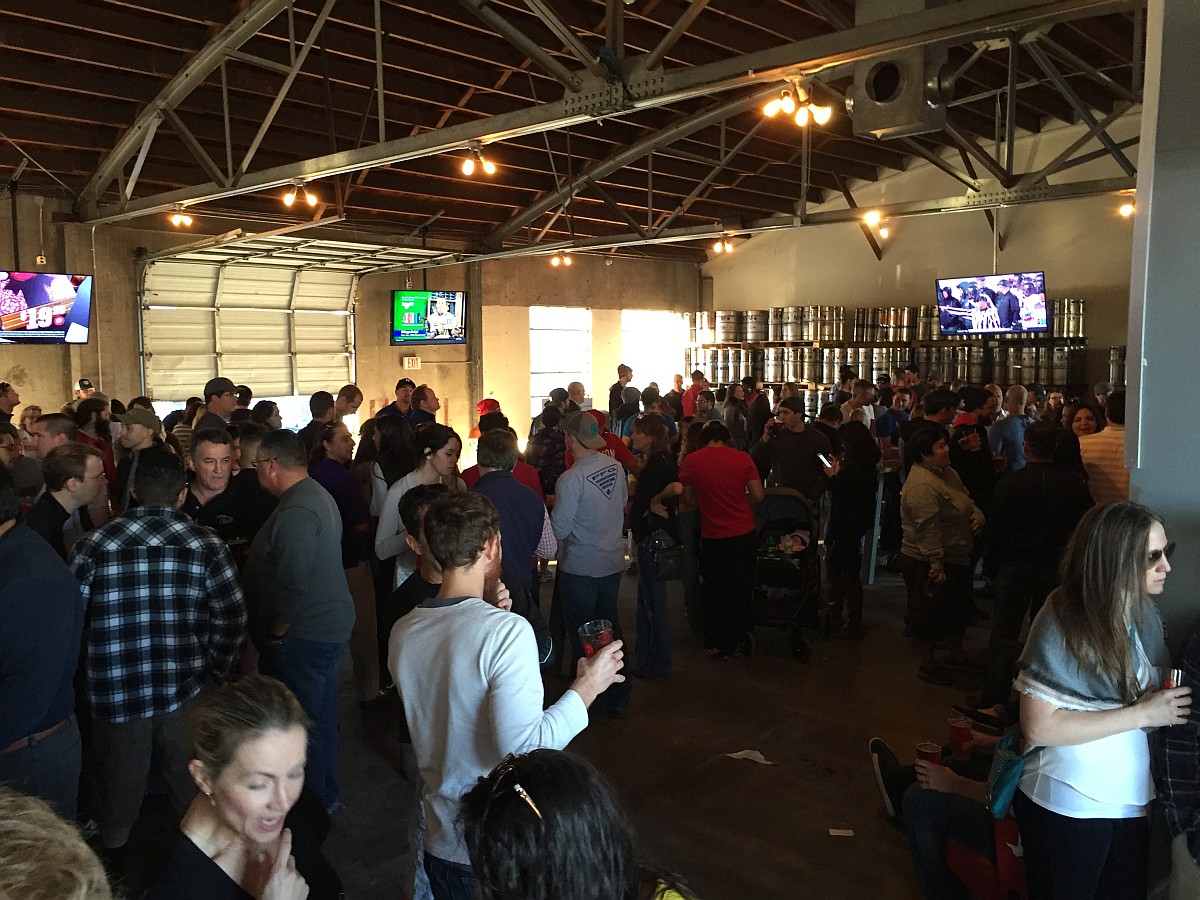 Overall, our trip to the 8th Wonder Brewery was very enjoyable. The only negatives I can think of are no beer shelves above the urinals in the bathroom, we weren’t able to get a tour, and no flights were available on the day we were there. The beer and atmosphere were both very good, and the food truck out back smelled amazing, although we did not partake. The employees there seemed very knowledgeable, and I should also note that they wash out your glass between each beer, something you don’t always see or care about, but it is nice to know that they really care that much about your experience. If you are in the Houston area and looking for a unique brewery to visit, the 8th Wonder Brewery should be on your list, if not one of the first ones.

Awesome article! Thanks for the great tips about the brewery, I’m excited about visiting it.

Well written! Looks like a great trip, and I truly appreciate your correct spelling and syntax. I wish they had one of those up here.

MENU
wpDiscuz
3
0
Would love your thoughts, please comment.x
()
x
| Reply
Send this to a friend