Update: All the Texas Winery results are now in!

The San Antonio Stock Show and Rodeo Wine Competition was recently held and even though not all results have been released by the wine competition, some wineries are releasing their results which were announced today by the competition organizers. When all the results are released, we will have all Texas winery results just as Texas Wine Lover always does.

The first result that came out was that Messina Hof Winery & Resort was named the Best of Herd for the 7th year in a row. 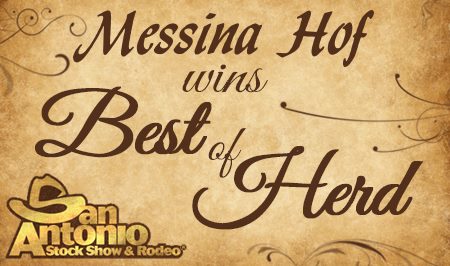 Pedernales Cellars announced their 2013 Texas Tempranillo Reserve received a Gold Medal and was named Best in Class. This edition of Pedernales Cellars’ signature red varietal features predominantly Texas Hill Country grapes. According to its tasting notes, “The nose includes notes of cherry, raspberry, and truffle along with hints of licorice and sage,” and “the finish is rich and complex.” 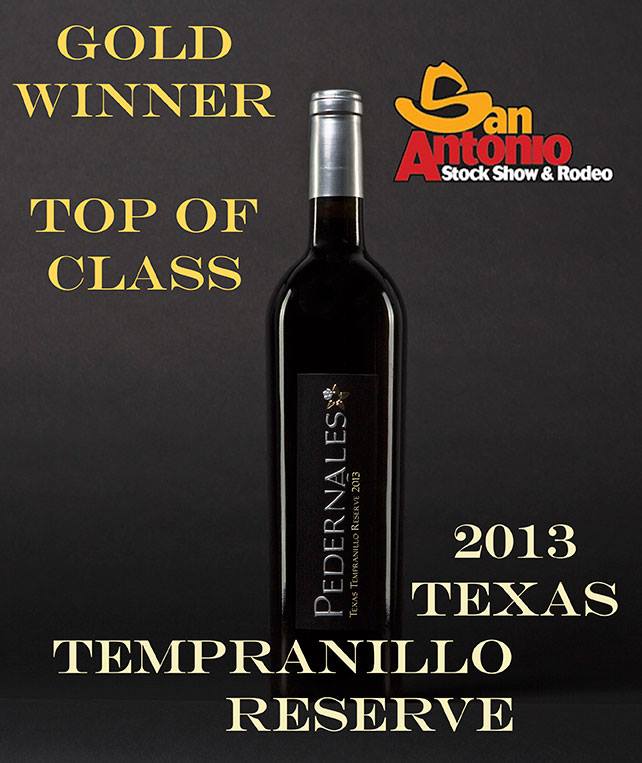 Late freezes greatly diminished grape yield in the Texas High Plains, and while Texas High Plains grapes are part of the 2013 reserve blend, Pedernales Cellars winemaker David Kuhlken sourced a higher percentage of Texas Hill Country grapes, both from the estate vineyard and partner vineyards, to create the 2013 edition of the wine.

“We’re honored to be awarded this distinction from the San Antonio Stock Show & Rodeo, and we’re thrilled that the wine performed so well with the judges,” said Kuhlken. “The challenges of 2013 allowed us to showcase grapes grown at our family vineyard and in other Texas Hill Country vineyards. As is the case every year in Texas, part of the fun and the challenge of winemaking is building on our knowledge of the Texas terroir and adapting to Texas’ ever-changing weather.”

More than 1000 wines were entered into this year’s competition, with Pedernales Cellars’s wine one of 14 Tempranillos medaling.

The 2013 Pedernales Cellars Texas Tempranillo Reserve is available for purchase in the winery’s tasting room in Stonewall as well as online. For more information about Pedernales Cellars, visit www.pedernalescellars.com.