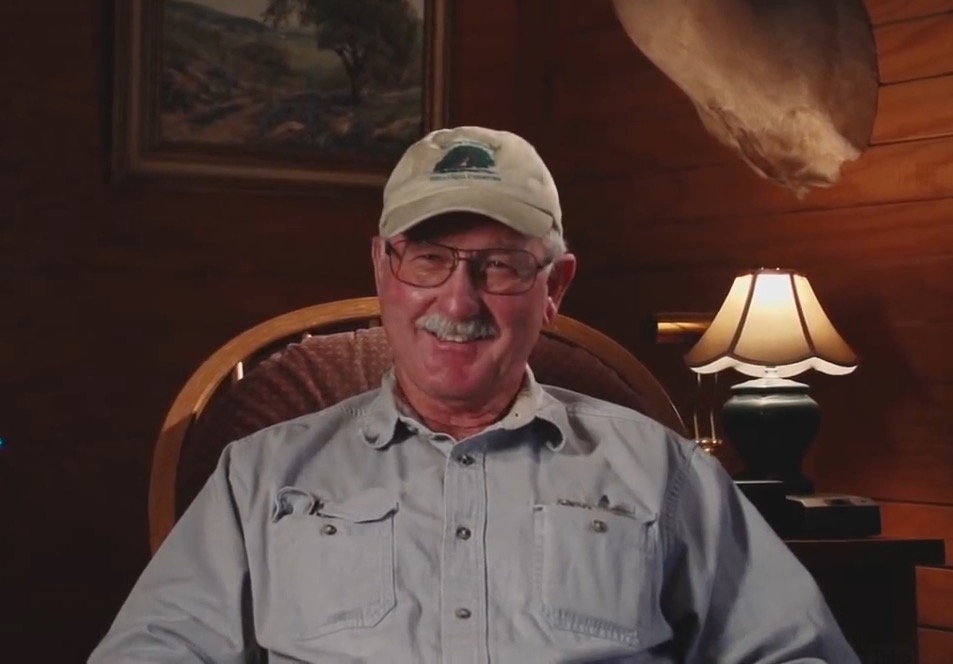 Drew Tallent has never been much of a wine expert, but he can tell you what goes into it. The secret behind the best wines? The best grapes. Owner of the largest vineyard in the Hill Country, Drew grows grapes for award-winning wineries such as Becker Vineyards and Lewis Wines proving that good wine can indeed be made from Texas soil. But nobody said it was easy. 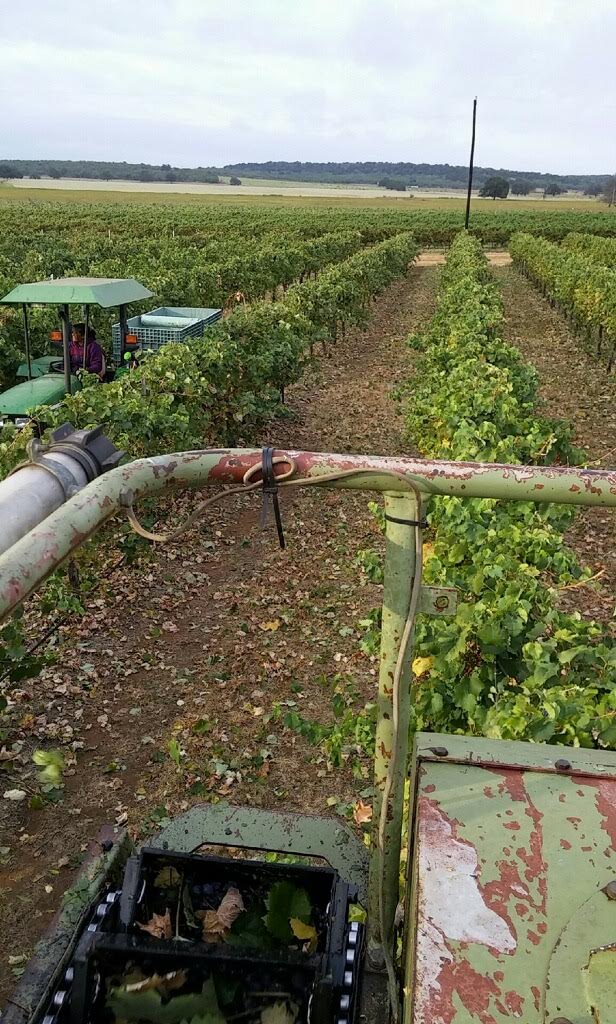 A quintessential Texan, Tallent’s land has been in the family since his great-great grandfather arrived from Germany in the 1880s. Back then the family used the land for ranching, and it wasn’t until their first water well was drilled in 1963 that they converted a large portion of the ranch to peanut farming.

Tallent took over the family business after his father’s retirement in 1976, but when profit margins on peanuts started shrinking in the late 1990s he started looking around for a new crop. Wine consumption in Texas was on the rise and wineries were cropping up like cactus all over the Hill Country. But Tallent needed some advice, and he turned to none other than pro-football player-turned-viticulturist Alphonse Dotson.

“We were pruning [our vines one day] when Drew Tallent walked in. We told him we didn’t mind sharing our advice if he didn’t mind walking with us,” says Martha Cervantes, Dotson’s wife. “Drew had been a farmer almost all of his life, and an excellent farmer, to my knowledge. But we told him, ‘It’s not like you plant them and you water them and then you walk away, and maybe later come back with your tractor, no, no, no. Grapes are hands-on until harvest.'”

“I never really drank wine or knew much about grapes,” Tallent said, “but I knew how to farm and I figured I’d learn as I went along. And I did.”

Thanks to his farming expertise and some advice from a few Texas growers, Tallent’s first year was pleasant enough—so much so that the following year he planted 17 more acres. 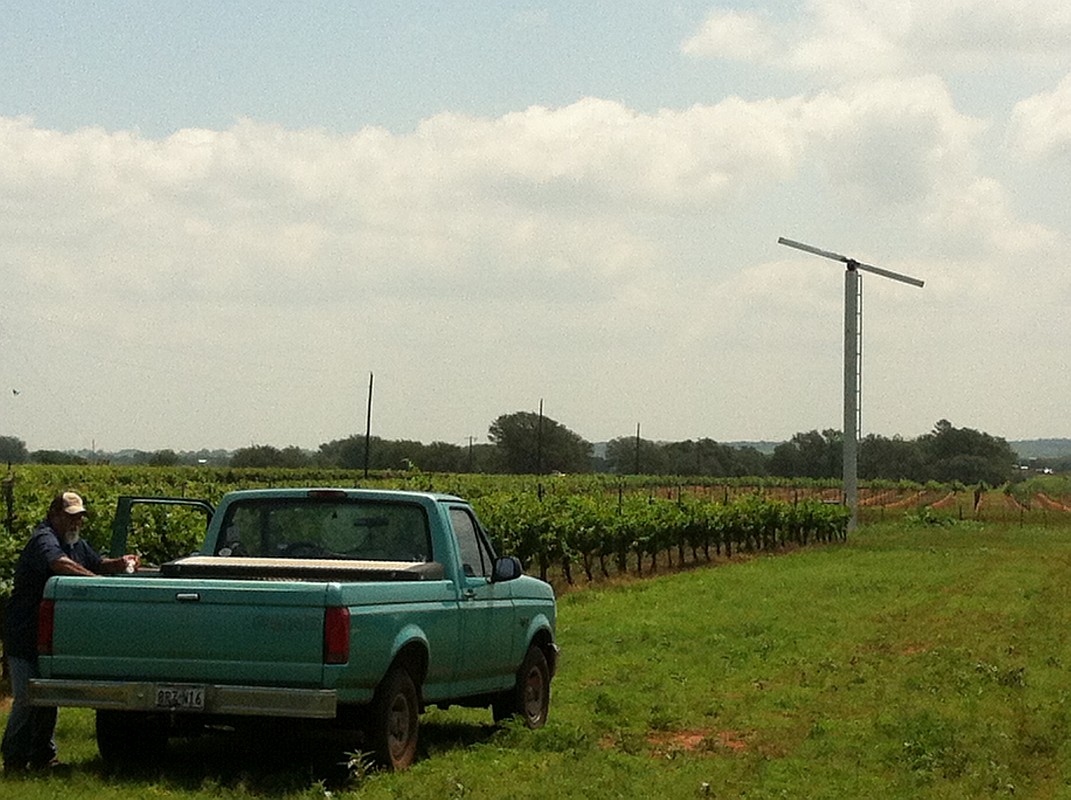 According to Tallent, when he started in 2000, the failure rate for new vineyards was about 40 percent. Between high-fencing for deer, a stable trellis, and an irrigation system, it can take up to a year to set up a twenty to thirty-acre vineyard. Typically, the first crop can generally be expected three years after planting. For a prospective vineyard owner, that means at least four years before the vineyard can produce a harvest for revenue, and that doesn’t account for the capital investment to manage it until that time.

Tallent described vineyard work as being less about deciding what needs to be done, and more about what can no longer be put off. A seasonal triage system helps him prioritize the seemingly infinite tasks, ranging from the application of bird netting to leaf pulling to vine tucking to spraying pesticides. Most tasks are menial and repetitive yet require alertness to avoid things like running down vines with a tractor, chopping off the wrong shoot, or a black widow bite.

“As an example, we have 42 total miles of drip hose here, each divided into rows with emitters spaced 6 feet apart,” Tallent said. “That’s about 80 per row, and you need to check each one.”

Tallent soon realized that farming wine-grapes was extremely labor intensive and unlike peanuts, hard to mechanize.

“It’s like having a baby every season,” Tallent’s wife Laura said.” You can’t just tell it to go play in the street or something; you have to take care of it.”

According to private vineyard consultant Fritz Westover, the Texas climate also poses a uniquely high concentration of environmental challenges for wine-grape farmers. Besides the infamous Pierce’s disease (a plant bacteria detrimental to grape vines), the Texas terroir boasts virtually every known fungal disease coupled with extreme and unpredictable weather. Westover works with vineyard owners all across Texas and has been advising Tallent for over five years. He describes Tallent as one of the more thoughtful and capable growers in the Hill Country.

“[Drew Tallent] is not only a grape grower but a farmer, and he actually relies on his vineyard for his income rather than supporting it with his income,” Westover said. “That makes Drew innovative and he does a really good job of solving problems and constantly finding ways to improve. I think his track record speaks to that and the people who buy grapes from him come back year after year.”

Disease, drought, floods, hail, and late spring frost all conspire with equipment failure, human error, and the simply unexpected to keep Tallent constantly on his toes. Although many in the business regard him as one of the best growers in the Hill Country, he is dismissive of the glamour surrounding vineyards. He attributes his success to hard work and good luck.

“Aside from the weather, which I can’t really control, my second biggest problem is people,” Tallent said.

Under the 103-degree summer sun it is not uncommon for Tallent to find his crew sitting under the shade of the vines, jumping up as soon as they hear the sound of his four-wheeler.

“You get them [migrant workers] for one season, and you teach them how to do everything the proper way, and then they leave and you never see them again,” Tallent said.

From the sea of migrant workers that regularly flow across the border, one man washed up on Tallent’s doorstep and decided to remain.

“When Estolio first showed up at my door 25 years ago he looked like death eating a cracker,” said Tallent. “He was wearing those shoes Mexicans wear, you know the ones that are just pieces of tire strapped together with duct tape, and he asked me for a job. So I said ok and pointed him to the field over there and told him to pick up all the sticks, because we needed to mow.”

Tallent paused and looked over to a field beyond the vineyard where a few black cows grazed peacefully.

“Well at the end of the day he came back and had made big piles of sticks all over the field. I knew he was a worker then, so I took him on, and he’s been with me ever since.” 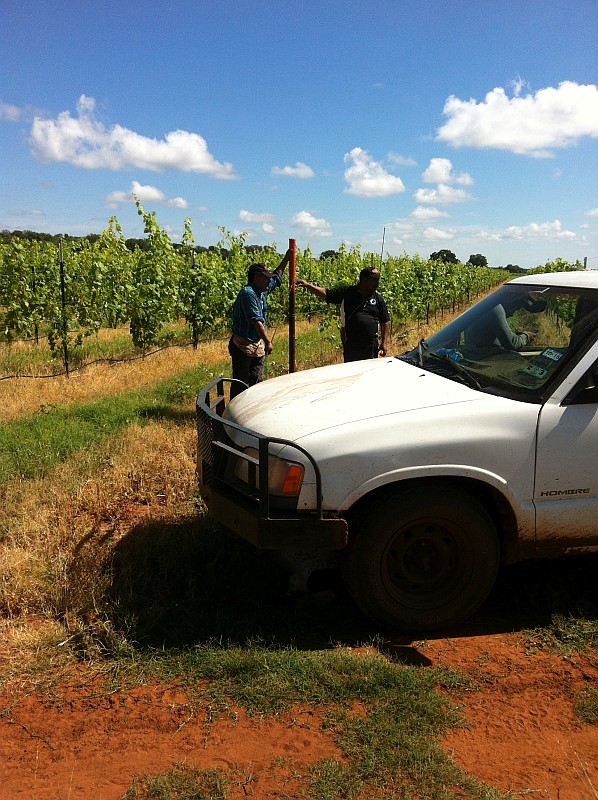 Estolio Lugo-Lugo and his family of 12 all live on the farm in a house across from Tallent’s. Whether it’s driving the tractors, training new vines, picking up the kids from school, or filling out government paperwork, the two families’ lives are inseparable. Tallent and his wife Laura say they gladly bear the financial costs and frustrations that arise from their close relationship with the Lugos.

“Back in the days of the cattle kingdoms a cowboy rode for the brand,” Tallent said. “Today they don’t ride for the brand but they know their labor is going towards selling the best grapes in Texas and winning awards. They feel connected to it.”

In the wine world, a great deal is made of “terroir” – the unique essence imbued to the wine by the people, places, and things that surrounded the grapes. If you taste a hint of grit in your glass of Texas wine, you might want to check if it came from Drew Tallent’s vineyard.

Thanks to Robert Clay Vineyards for the photo of Drew Tallent.