Argus Cidery is located in Austin and is owned by Wes Mickel and Jeff Mickel. Wes is also the cider maker. Argus Cidery was incorporated in 2010 and was the first Texas hard cider maker. The tasting room was opened in February 2013.

I first tried their cider three years ago at the Dripping with Taste Wine & Food Festival and wanted to visit the cidery, but when I happened to be in the area, their website unfortunately confirmed the tasting room was no longer open. Fortunately though, the tasting room opened again this past weekend on September 12th and will be open Saturday afternoons from 1 p.m. to 6 p.m. I was able to visit the week before when they were holding a soft opening. 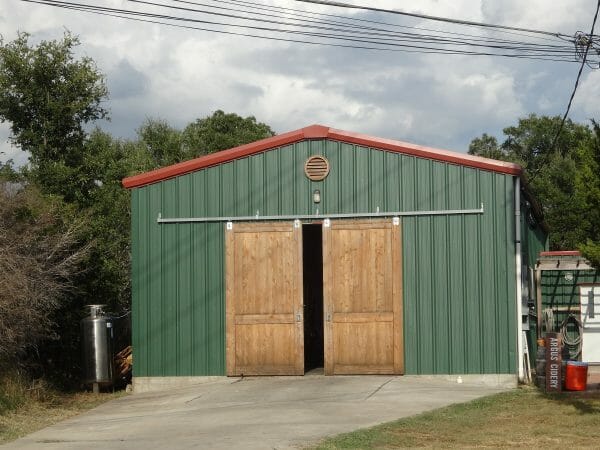 I found the Argus Cidery in a warehouse park where there are also neighboring businesses like Revolution Spirits Distilling Co. and Last Stand Brewing Company. Three different tastes in one place!

I met Wes and Jeff Mickel and was able to taste some of their ciders. Tastings are done while standing at the tasting bar. The entire portfolio is available by the glass and bottle, and all is available for purchase. 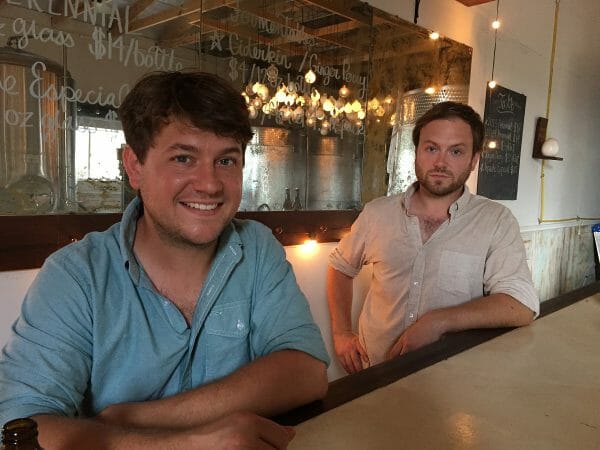 Argus Cidery makes hard cider from apples produced by Texas and Arkansas growers. Mickel is originally from Arkansas so they have sources of apples from Arkansas. The Texas apples come from Medina and the Lubbock area. Argus Cidery presses all of their apples at the cidery so they do not just buy juice. 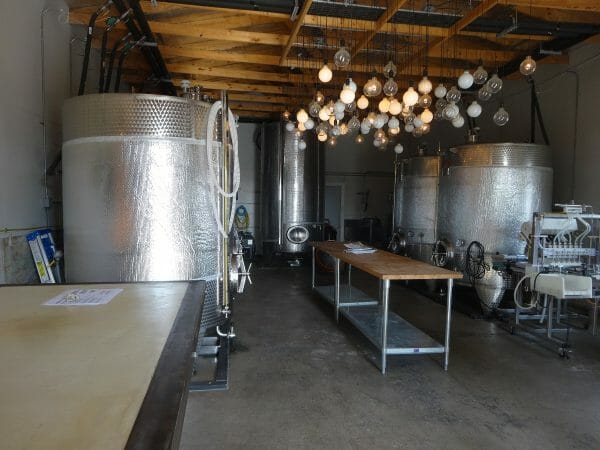 Now these are not the ciders that you find in your local grocery store usually in the produce section. These are hard ciders which are produced very similar to how wine is made. The result is an off-dry cider and the larger Perennial 750ml bottles are 6.7-6.8% alcohol. The 2013 cider is all Texas while the 2014 is from Arkansas and Lubbock. If the alcohol was above 7%, they would not be able to put a vintage date on the cider. 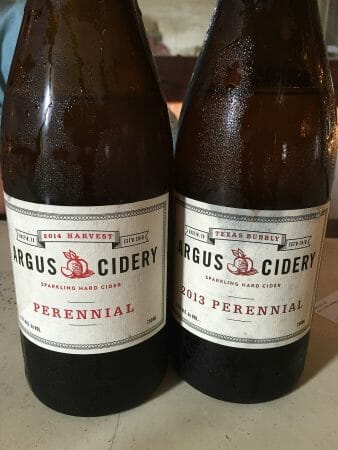 The larger bottles take one year to make and see both French and American oak during their production. For those that might prefer a lower alcohol and smaller 335ml bottle, Argus Cidery makes what they call Argus Fermentables and come as Ciderkin and Ginger Perry. These are 4.5% alcohol and have a five week production cycle done only in stainless steel tanks. 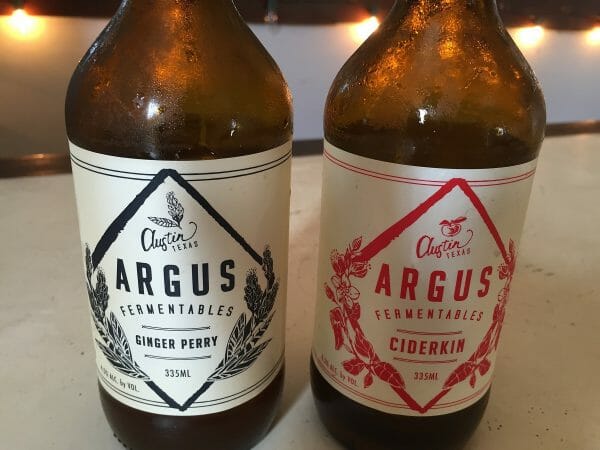 Ciderkin is the traditional term for cidermaking by fermenting reconstituted apple pulp. Since the pulp is diluted, the alcohol content is greatly reduced. The result is a dry apple cider with straightforward fruit flavors. The Ginger Perry is fermented from pears, ginger, and other natural aromatics. The Fermentables also come in six-pack cans and they can be found at specialty supermarkets like Whole Foods Market and Central Market.

Argus Cider made 1,600 cases of hard cider in 2014 and will most likely do the same amount this year.

Make a visit to Argus Cidery or find their cider at your local specialty supermarket or beverage store.