Noun: A city in far north France rich in heritage and one that has been making news headlines in the USA recently, regarding migrant issues into the UK.

Noun: A French Texan who’s street sign for the winery in Hye, Texas, is a Ford F-250 with a French flag in the windshield, or a French flag flying in the trees next to the driveway. I really dig this by the way, and I feel it should be a permanent fixture in the future!

In this review, we’ll be discussing the second noun, more so, a wine produced by Benjamin Calais. Ben is fairly well known in the Texas wine world having owned his winery in Dallas for many years, before recently transplanting to Hye, Texas, on the 290 Wine Trail in the Texas Hill Country. Calais Winery is now a wine cave built into the Texas terroir, the inside of the building lined with lovely reclaimed wood from a Texas barn. There are several wines that make up the wine program here including whites, reds, and rosé, all dry. 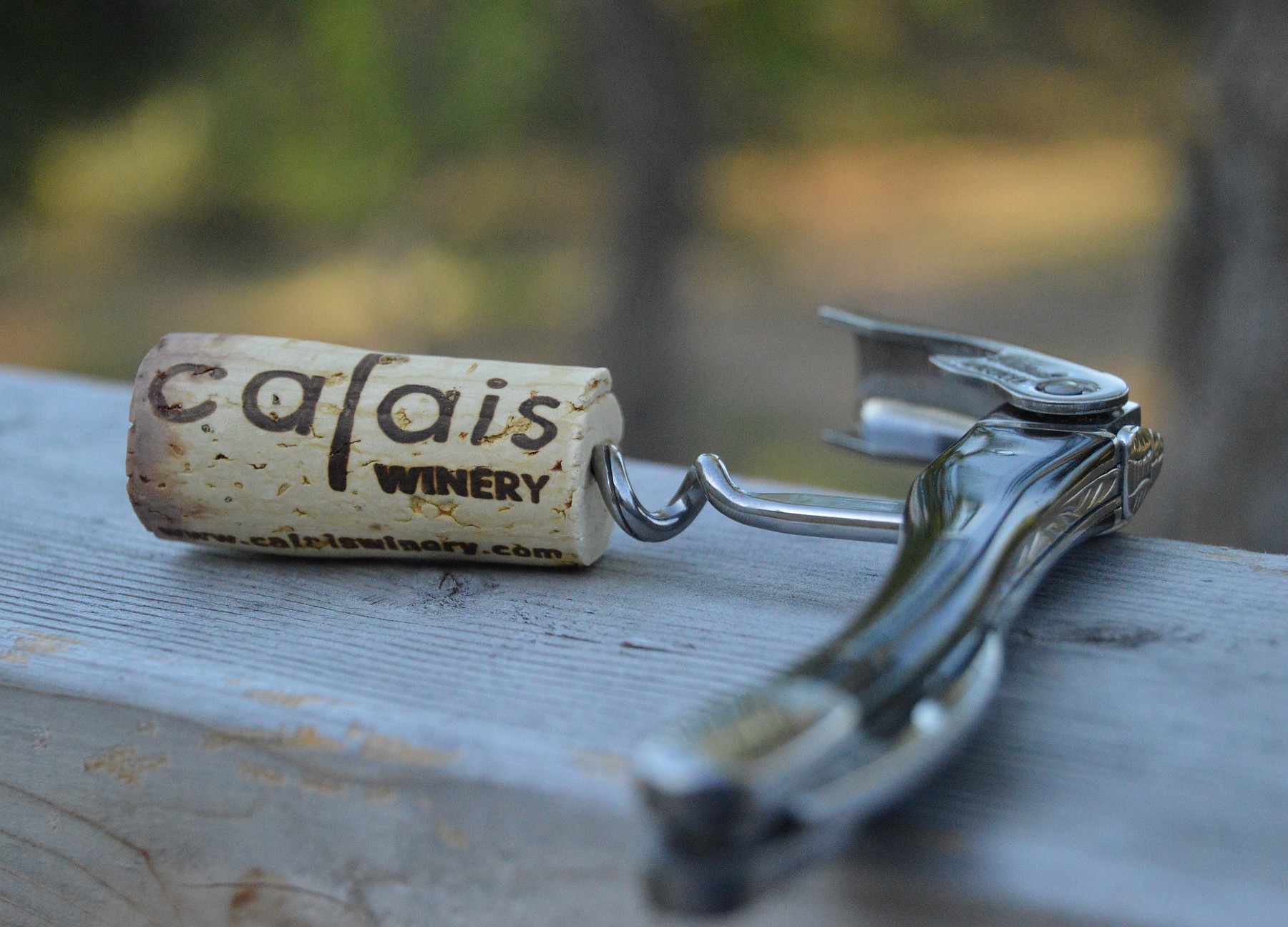 What I find most intriguing is the fact that Cabernet Sauvignon is the backbone of the wine program. Ben has confidence in the grape, and his heart is set on being well known in Texas for producing world class Cab. I personally have struggled with Cabernet in Texas, finding most I have tried to be too soft, and often hollow. It is a difficult grape to ripen in many parts of the state, and consequently, there are fewer quality Cabs than there are sub-par examples. Remember, this is merely my opinion. When I tasted the Cabernet Sauvignon at Calais Winery, I was surprised and also excited to be able to add another top notch Cab Sauv to my Texas short list.

Ben and I discussed the grape in this state in detail and why he believes he can continually rock it year after year. I will mention, the vineyard is a huge part of the program here, and as most of us can agree, this is where wine is made. Newsom Vineyards in the Texas High Plains is the source for this Cabernet and there is also a new project happening at even higher altitude in Texas for Cab, that you’ll just have to ask Ben about when you visit the winery. This project has my interest piqued for sure! Shall we taste the wine? 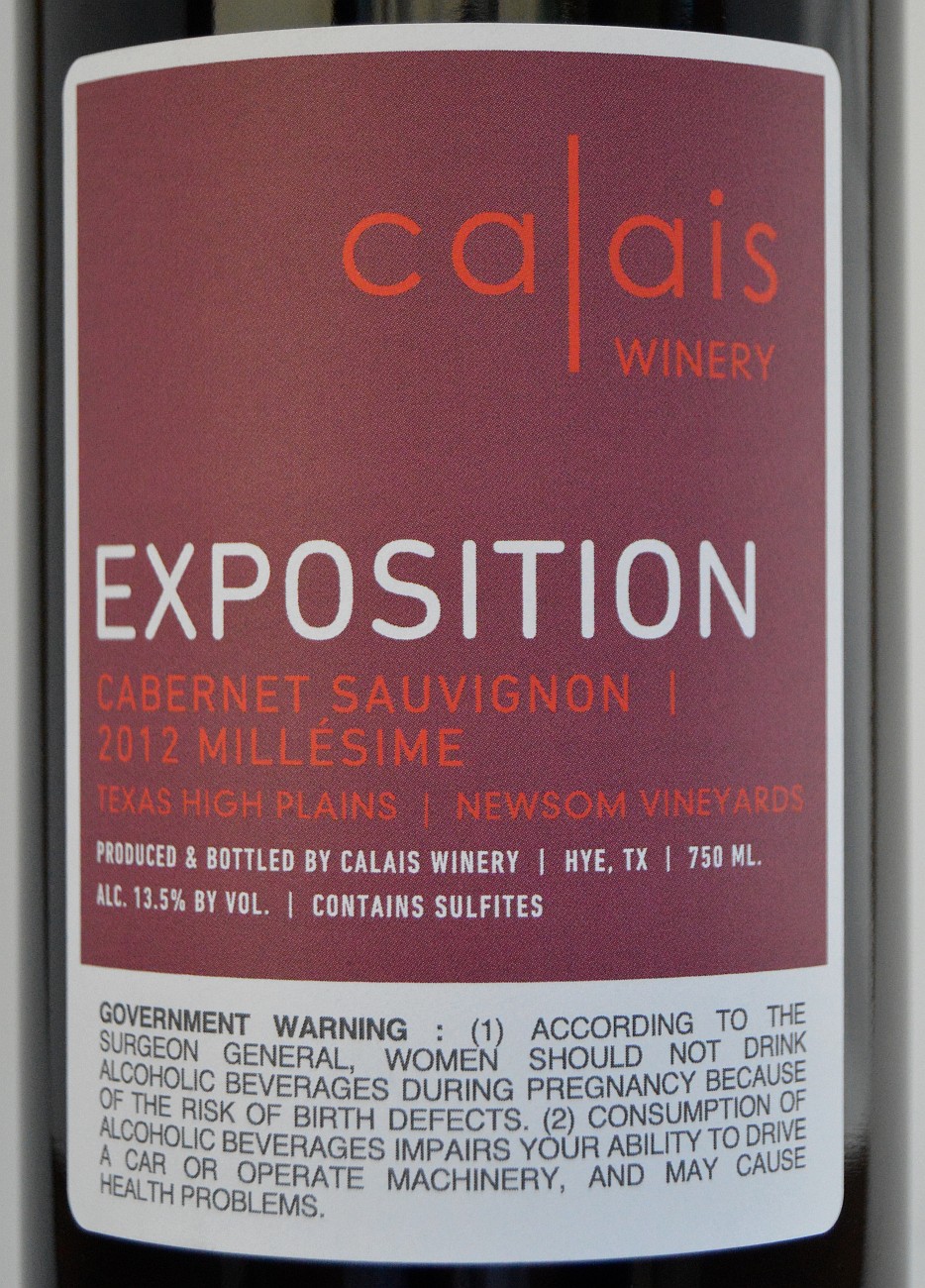 The bottle and cork are of high quality and with a good heft to the bottle. The wine pours into the glass a deep ruby with a garnet rim. Once swirled and aerated, the nose is fairly complex tossing around nuances of bing cherry, sweet raspberry, baking spices, and cocoa. The palate is similar offering hints of red cherries, sweet raspberry, plump blackberry, Fig Newtons, and baking spices. The important factor here is not the flavor profile though, it is the structure. The wine has body, it shows deeply extracted color, and a full mouthfeel with healthy tannins. These are benchmark characteristics of the Cabernet Sauvignon grape that we seem to be missing so much of the time here in Texas. This is what has me so thrilled about the wine program at Calais, and I cannot wait to sip the next vintage Ben produces.

This wine offers a glimpse of hope for the future of Cabernet Sauvignon in Texas, specifically high altitude fruit from west Texas. I highly recommend this wine to anyone curious about Cab in Texas and those who want to meet a bright winemaker whose enthusiasm for winemaking is downright contagious. 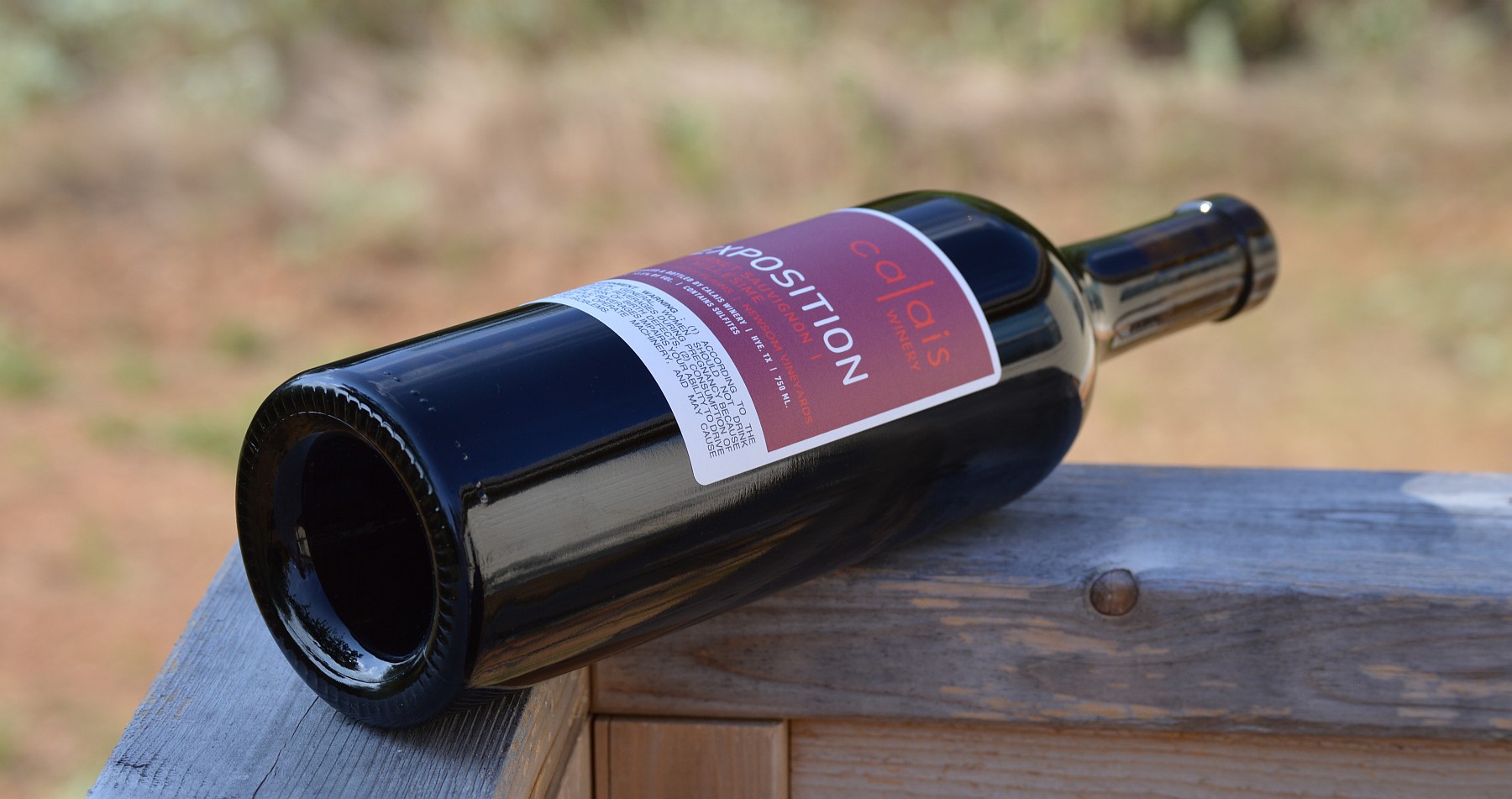