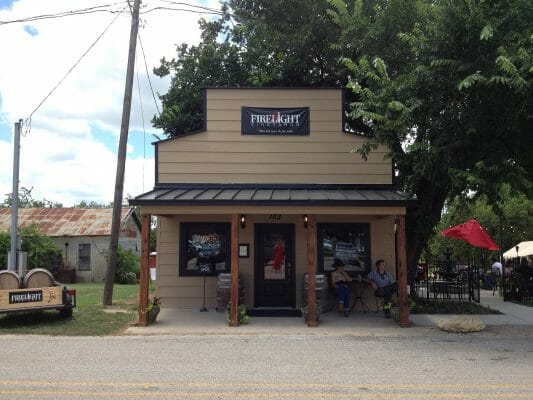 There’s another winery on the growing list of Texas wineries. Firelight Vineyards in Valley View just celebrated with their Grand Opening on June 27th. I’ve had this event on my calendar for quite a while and I was hoping that my schedule would allow me to make the drive up I-35 to attend. 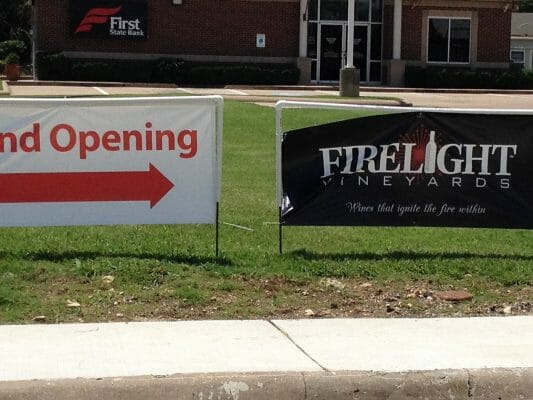 As recent luck would have it, my schedule worked out but my husband had to spend another Saturday at the office. So I called my buddy Tim Morris who called his buddy Brandi Sanderson and the three of us met in the tasting room on the square in Valley View. While I was waiting the few minutes for Tim and Brandi to arrive, I went next door where a friend of mine has her Rustic Ranch Furniture Company. 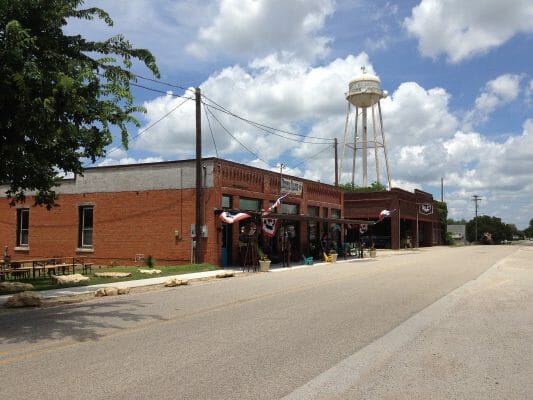 Laura was glad to see me and asked if I’d been next door to the winery yet. I told her no, that I wanted to be sure and see her while I had the chance. She eagerly took me next door to make introductions with the owners George and Meredith Eaton, and they told me that Meredith is the winemaker. Meredith was finishing her lunch, so Laura took me inside and introduced me to the rest of the Firelight family…which turns out to be more family members. Meredith’s mom, Diane aka Nanie, her dad, Doug aka Pa, and her sister-in-law, Eisha, who is married to Meredith’s little brother. There were a few more ladies behind the bar, but they were assisting customers so I didn’t get to meet them.

Laura left me in their care as she went back to her store. I sat at a table and watched as a steady flow of customers came in and I listened as the tastings were explained. There is a sweet flight and a dry flight, but they aren’t against mixing it up a little if that’s what the person tasting would rather do. There is a small tasting fee for three wines in a flight.

Tim and Brandi arrived, and after quick introductions to Eisha and a personal explanation to us of the tastings and wines, I decided to taste both flights while they decided to share. She explained that all of their grapes are from Texas except for one, and as soon as they can, they will source all of their grapes locally in the Red River Valley area. 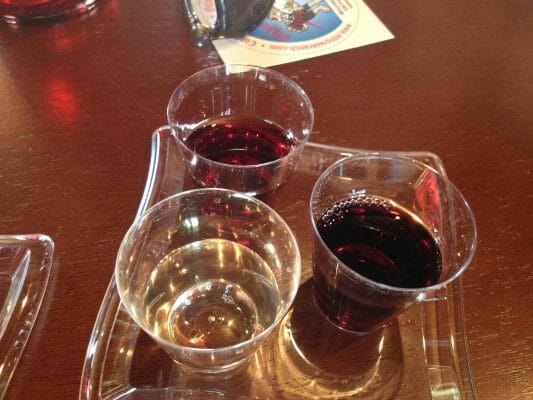 The wines on the dry flight are:

They also have sangria available. Oyster crackers are ready to cleanse your palate between tastings and they have meat and cheese trays to purchase. There are typical gift shop items for sale set up in a corner.

The building is deceptively small looking from the outside, but once inside there is a beautiful bar alongside one wall and I learned that Meredith’s dad made it!! 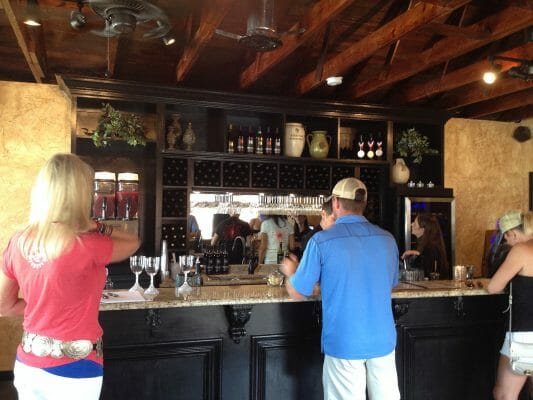 There is a window looking into the barrel room where a barrel of Cab Sauvignon and a barrel of Merlot are hanging out. 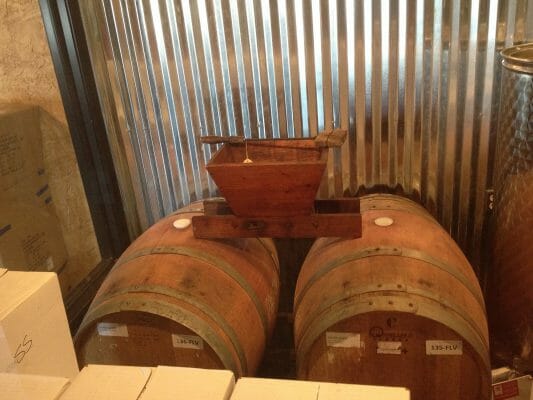 There are three or four pub height tables and bar stools in the room as well. Outside under the trees is a fabulous patio and deck area complete with a fountain and many chairs around to sit and enjoy your wine. 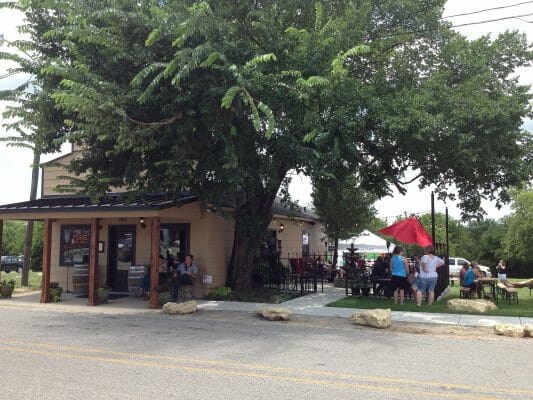 With this being their Grand Opening, they had horse-drawn carriage rides, a barrel train ride for the kids, face painting, live music, food truck, and lots more. Later they would cap off the evening with the Valley View fireworks show. 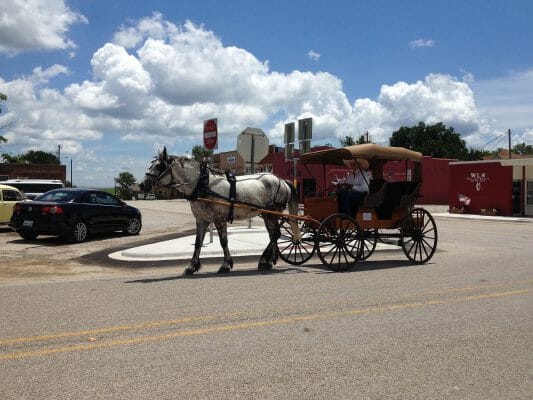 I’m looking forward to many more visits and getting to be friends with another winery in Texas. It would be great to meet fellow Texas Wine Lovers on their patio over a glass of wine! Cheers!