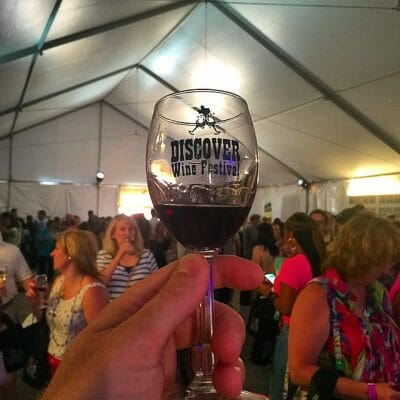 The first Discover Wine Festival was held in Houston on Saturday, June 20th. This was a joint organizational venture between David Skinner of Clear Creek Vineyard, and Jeff Cope and Gloria Schlanser from Texas Wine Lover. We decided late last year after feeling disappointed that Houston could not have a successful wine festival to give it a try and see if we could do better. None of us had put on a wine festival before so we had a lot to learn!

The first hurdle was where to hold a wine festival in Houston. David knew Barry Coffing who held previous Springboard South music festivals in Houston and we decided to partner with him. We would be considered his wine vendor, so in effect we would be a wine festival within a music festival. Barry was holding his music festival for three days from June 19-21 and after determining having our wine festival for three days was too long, we narrowed it down to June 20th and the hours from 11 a.m. to 8 p.m. The music festival was also planning to be held at a certain venue in Houston, but plans fell through after agreements could not be made with the venue. The resulting location was going to be in an air-conditioned tent behind Warehouse Live where some of the other music stages were going to take place. 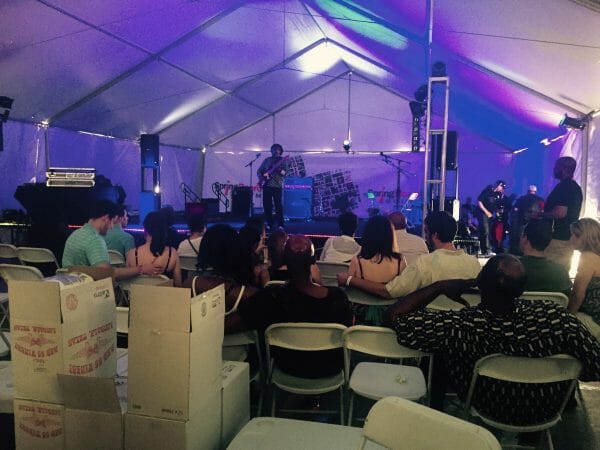 Now that we had a location, we needed to get Texas wineries back into Houston to showcase their wines. That responsibility fell to Texas Wine Lover, so we started contacting wineries who might be interested. In the end, these are the 19 Texas wineries who poured wines at the festival:

To say that the couple months prior to the festival were overwhelming in consuming our time is an understatement. Besides wineries, we needed volunteers to help them pour wine and also for other tasks at the festival. Fortunately in the end, we had some great volunteers help out. Other things to do were items to purchase, sponsors found, marketing done, etc. We learned so many things along the way and discovered hurdles that needed to be overcome. Even with the rains that hit Houston the week before requiring Springboard South to move the air-conditioned tent to another lot nearby (probably a good thing in the end), we eventually strode into June 20th feeling somewhat comfortable.

The wineries arrived, the wine festival was set up, and the first attendees showed up soon after the doors opened. The air-conditioned tent was definitely refreshing on a hot day and except for a brief rain that came into the tent at the bottom near a couple winery tables, the tent worked well. The music in the tent started as promised with acoustic and solo performers. Sometimes though a band would appear on stage and then the music was too loud. Everyone understood this when it happened and we tried to get it quieter, but that problem will not happen again. Food trucks were supposed to arrive at the music festival, but for some reason they did not show up. This necessitated a search around the block for restaurants that provided food and even an ice cream truck came by later to provide refreshment.

Those were really the main issues which attendees mentioned, but overall comments throughout the day and after were very positive, especially about the wine. Gloria was responsible for the ticket sales out front and provided her view of one situation. An attendee looked at the list of Texas wineries upon arriving who were present and commented how they had never been to any of those wineries. Soon thereafter though, they were running out the door asking to buy more drink tickets, obviously very happy about the wines they were tasting. 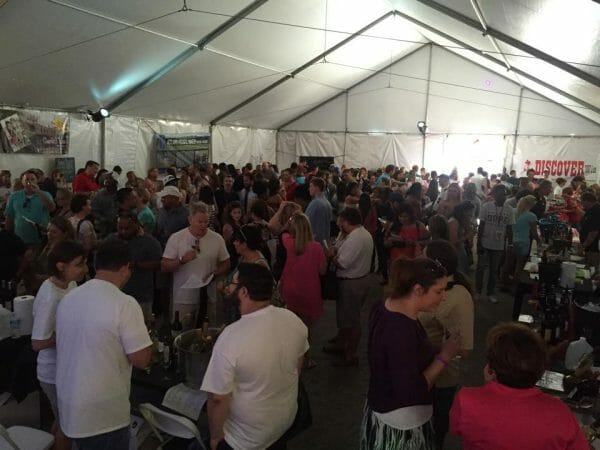 Sure, for a first time event, not everything ran smoothly as planned, and some things were not thought of prior to planning the festival, but at the end of the long day though, we think we accomplished our goals.

Thanks to Erik for the wine glass photo