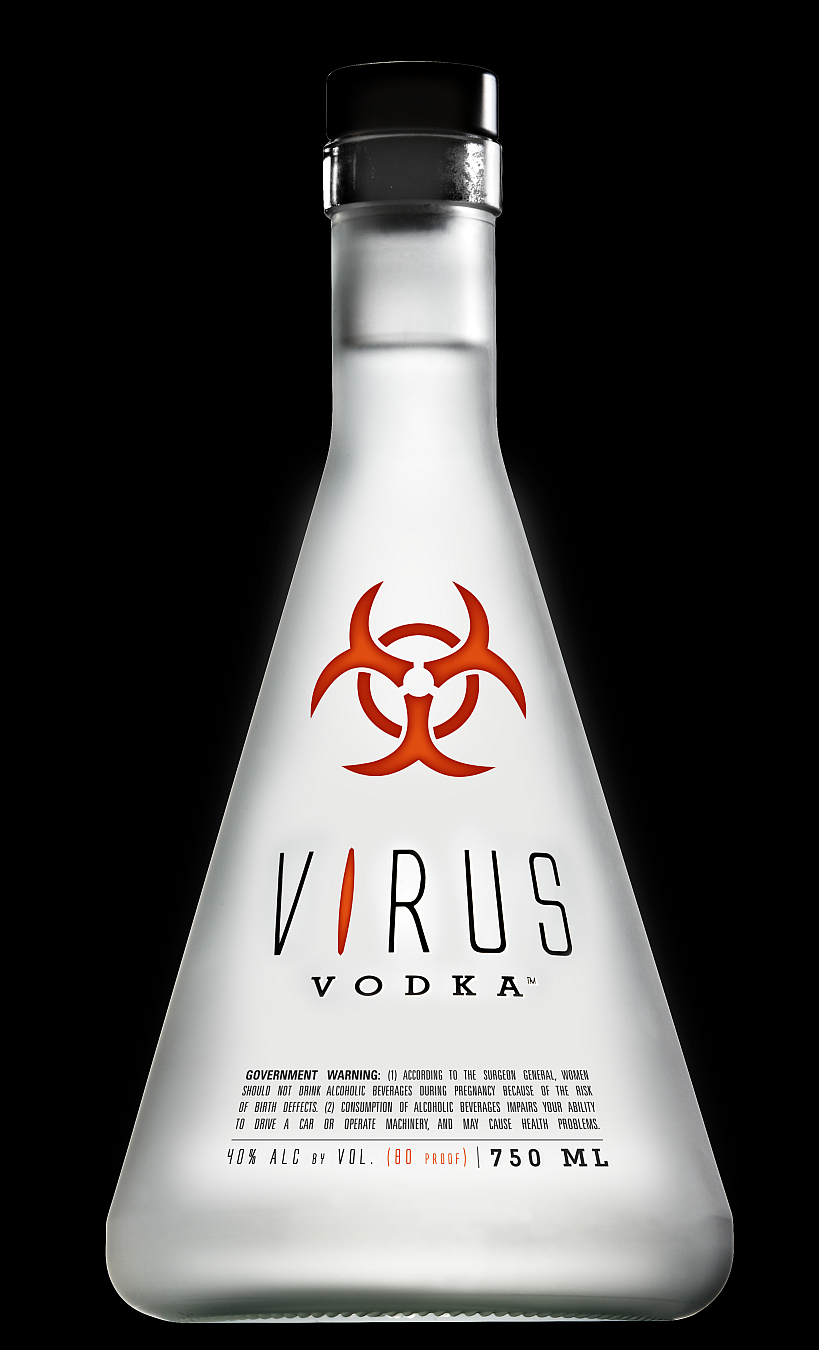 Virus Vodka was introduced to Texas less than a year ago. In August 2014, Virus Vodka debuted its Erlenmeyer Flask inspired bottle and gluten free, kosher certified, six times distilled vodka for the first time at The Texas Package Stores Association (TPSA) Show in Fort Worth.

The response was overwhelming and growth or as the owner shrouded in secrecy as Patient Zero attests, the virus began to spread rapidly. By December 2014, Virus Vodka officially launched in Dallas. Within three months the brand was picked up by over 100 liquor stores in Texas and by five months Houston, San Antonio, Austin, Longview, Anna, and Corpus Christi were all infected and carry the brand. Simultaneously, Virus Vodka received a silver medal in bottle design at the Davey Awards and a Gold Medal for Branding at the MarCom Awards.

Last month Virus Vodka participated as the sole liquor sponsor in Texas Frightmare Weekend, took home a silver for taste and packaging at the San Francisco World Spirits Competition and another silver for packaging at the Communicator Awards. The brand also had a presence at ComicPalooza and is now gearing to bring their Virus to the Alamo City Tattoo Festival June 12th-14th, the Best Little Brewfest in Texas on June 20th, and back  to the TPSA Show on July 26th. Virus Vixens will be at each event to promote and sample the deliciously affordable vodka made in America, which retails for $19.99 and is currently distributed solely in the state of Texas. 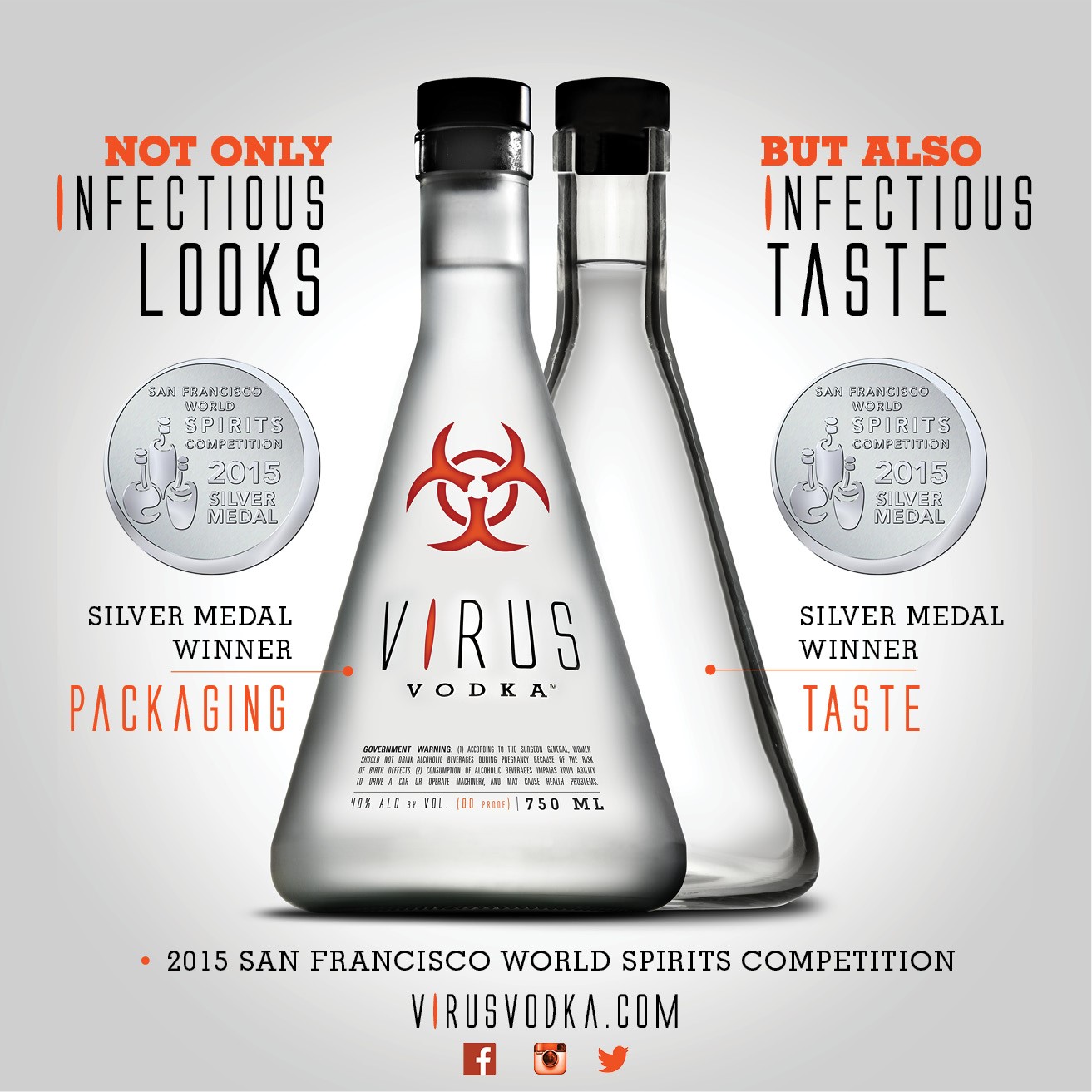 Legend has it, that all of Earth’s unique creatures derived from one main source. One main virus that spread and mutated into several strains to bring us Vampires, Werewolves, Zombies, and the like. It is also said, that this virus will one day bring about the Apocalypse. After thousands of years, we have captured the essence of this virus to bring you Virus Vodka. Enjoy this 6 times distilled, gluten-free, kosher certified vodka that’s made in America. Taste what thousands of years of evolution has become and remember to spread the Virus! www.virusvodka.com 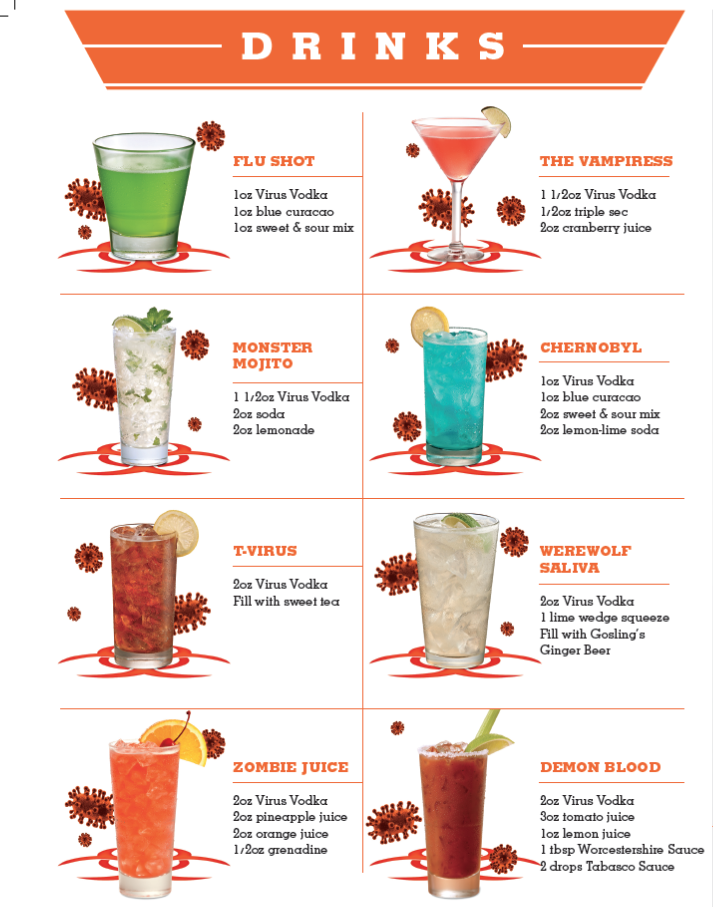 I’d like to bring this into my store.
[email protected]

I would suggest contacting Virus Vodka at their website.