We were fortunate to get a sneak preview of the upcoming Scimitar Hill Vineyards located in Camp Verde. When we were planning on being in the area, I arranged with co-owner Tom Hendrix to stop by and see the vineyards and winery. 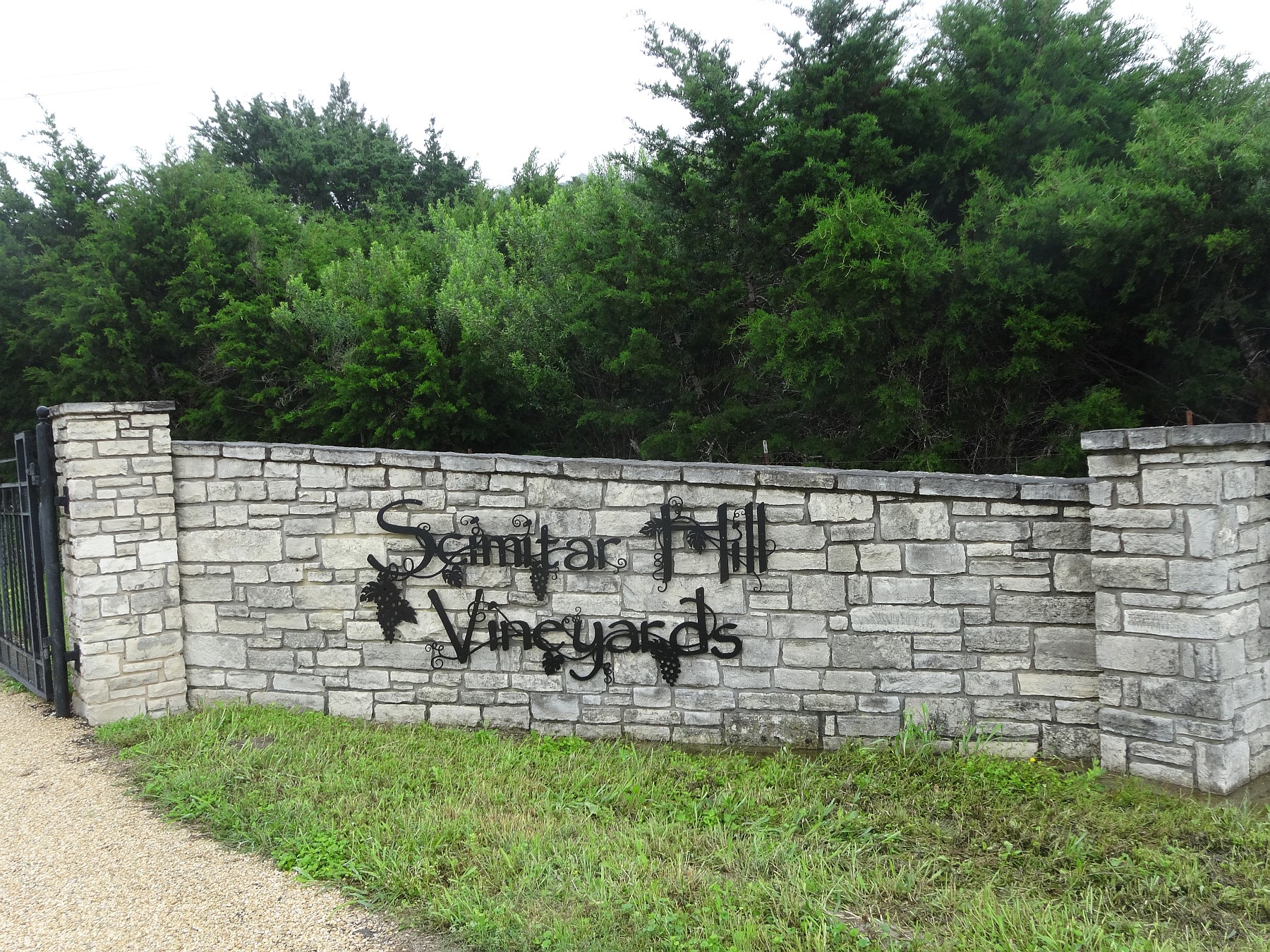 Once we found the entrance to the vineyards which wasn’t difficult, we made the trek up the road to the top of the hill where the winery and tasting room is located. It seems like a trend lately, but there are going to be some wineries with beautiful views either opening soon or who have recently opened. Put Scimitar Hill Vineyards near the top of that list too!

When we arrived at the winery, Tom Hendrix and his wife Kristi Crosby met us outside. Tom and I have been following each other on Twitter, so it was nice to finally meet him in person. 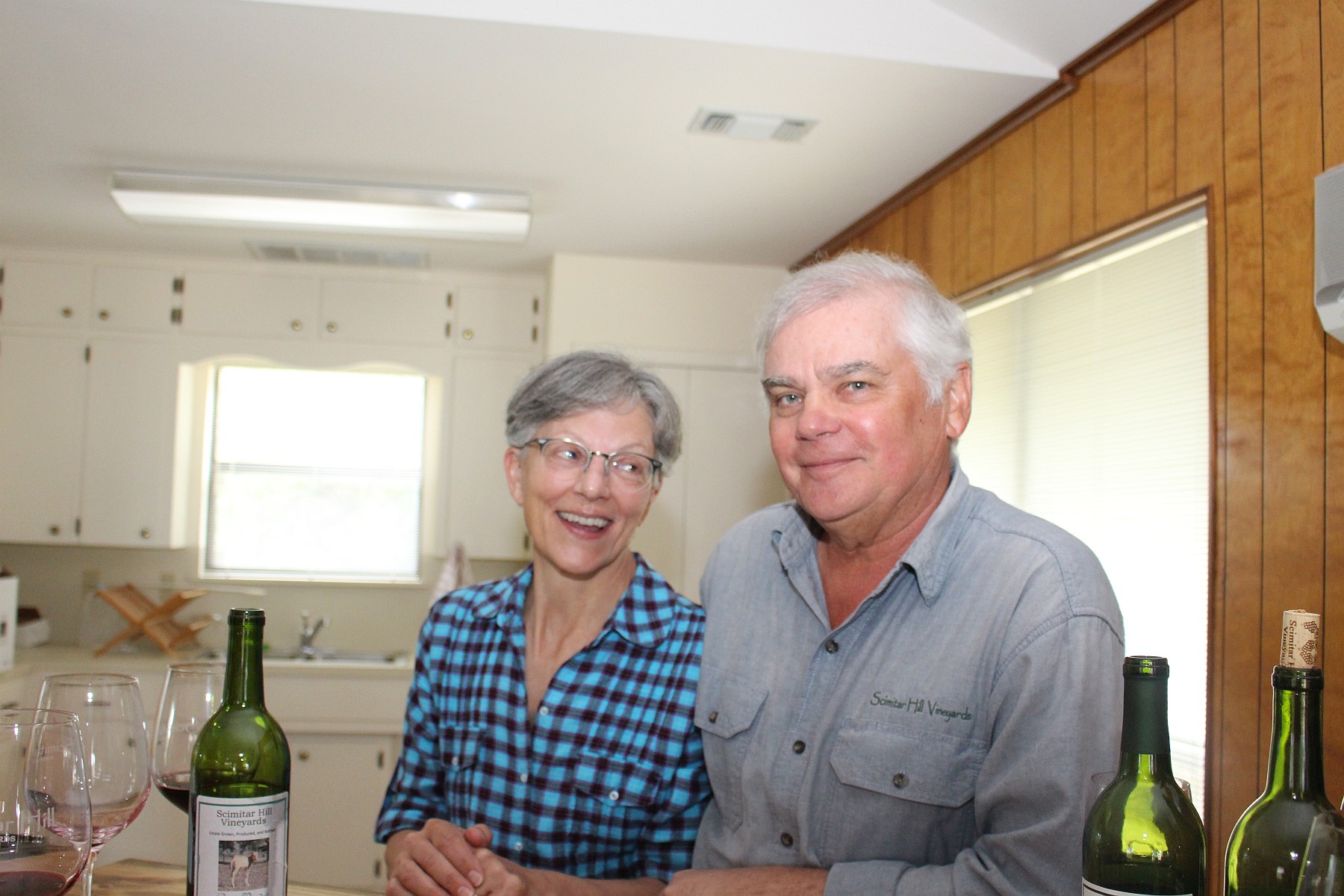 We all walked into the tasting room that had some barrels and a tank. A stack of finished wine was next to the tasting bar. I thought we would just get a chance to meet and see what the winery looked like, but Tom asked if we wanted to taste something. Well, uh, that was going to be an easy answer.

Tom Hendrix opened some bottles and we had a tasting of their wines as we talked about the winery and the estate while we stood around the tasting bar. Tom is the winemaker and we enjoyed the wines he has made so far. Here are the wines we were able to taste:

All grapes used in Scimitar Hill’s wines are estate grapes grown in two vineyards among 2.5 acres. During the tasting we walked outside to the back porch that overlooks the two vineyards. It is a beautiful view already, but they are thinking of removing a tree to make the view even better.

The winery is located in a dry county and nearby Camp Verde has food, but no alcohol, so the winery will fulfill those needs. Scimitar Hill has no plans right now to serve food at the winery. 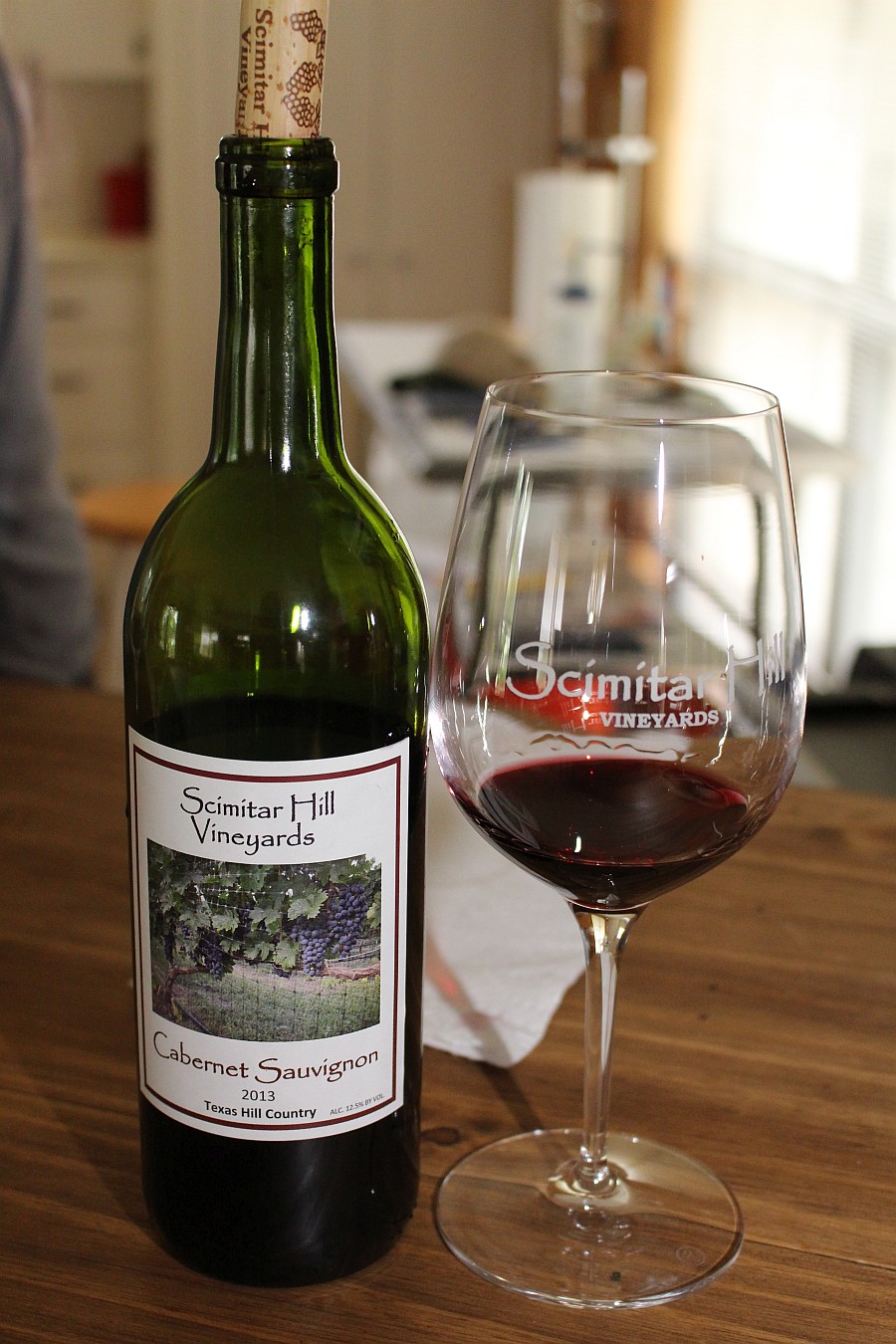 Since this is about a preview of Scimitar Hill Vineyards, you probably want to know when they will open. Right now the plan is in the fall sometime with maybe November being the month. All I know is after the wine we tasted and the gorgeous view, we cannot wait to go back and see Tom and Krista again.