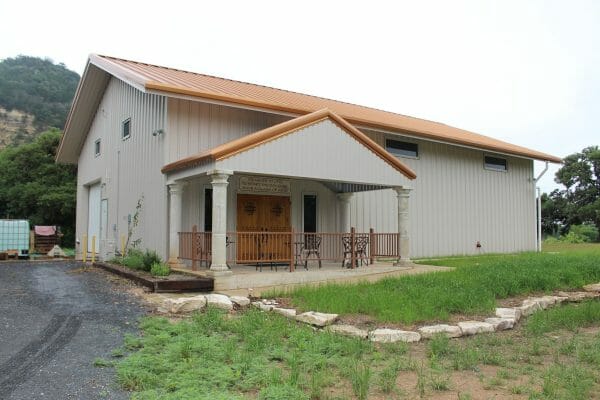 Lost Maples Winery is located in Vanderpool and is owned by Tom and Glenda Slaughter. Tom also handles the winemaking. The winery was the first winery in Bandera County opening January 15, 2015, and also recently became another winery of the Texas Hill Country Wineries.

Lost Maples Winery is also the home of Polvadeau Vineyards which is a 15 acre vineyard growing Black Spanish currently. They grow Blanc du Bois in a vineyard in Seguin, but have moved some vines to the Lost Maples Winery location.

We made the drive to Lost Maples Winery and it was an interesting trip driving the country roads and Gloria was amazed when we reached land that actually had a lot of hills. She had seen hills in upstate New York, but with all the traveling we have done in Texas, this was the first time she saw the similar view of hills. 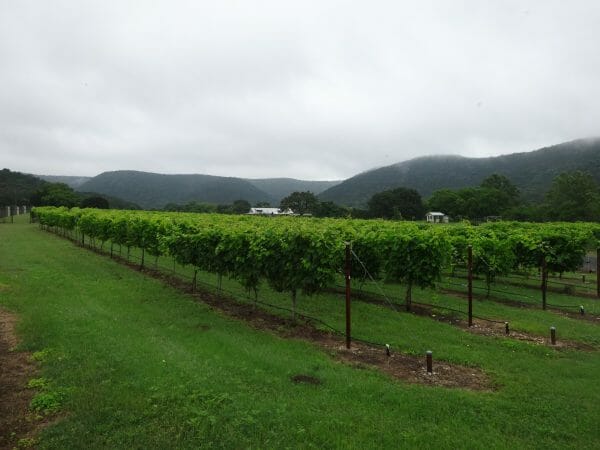 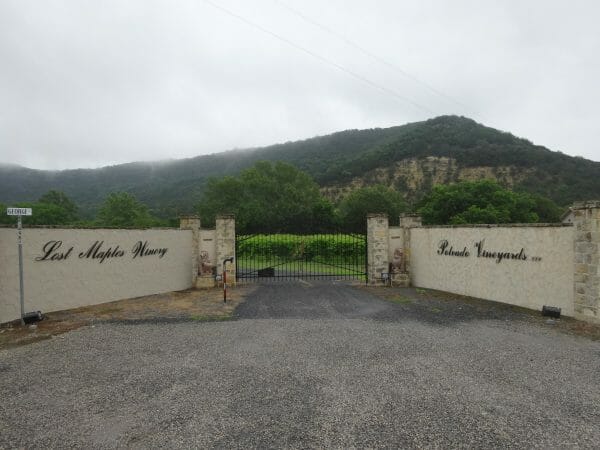 Inside the winery, there is a nice tasting room with a view of the production area. When Tom arrived in the tasting room, he explained how the winery had been in a dry precinct but recently it had become wet. Because of that and being the only winery in the area, business has been doing very well. In fact, one of the wines they had, which during the tasting I wish they still had, sold out the week before. 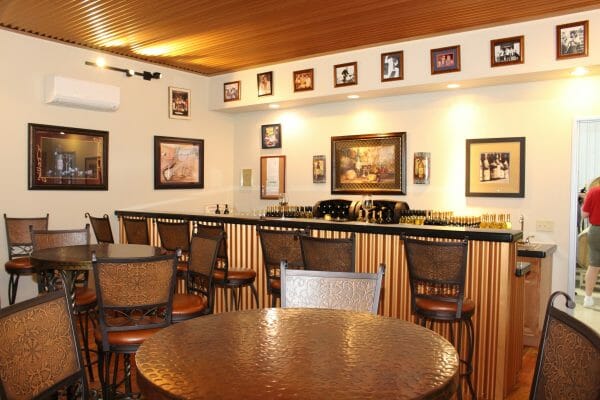 Tastings are done while seated at the tasting bar and the wines are poured with a measured pourer. Lost Maples Winery uses both corks and screw caps for their wines. There is a tasting fee for four wines. When switching during the tasting to cleanse your palate, biscotti is served. During the tasting, Glenda Slaughter arrived so we had the chance to meet both owners. 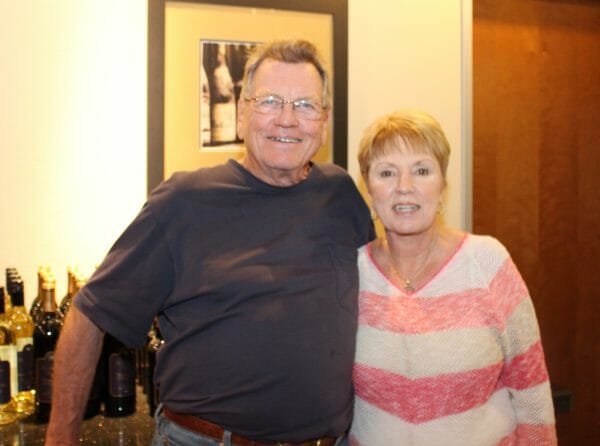 These are some of the wines we were able to taste:

When I tasted the Polvadeau Vin L’Inspiration which is 80% Lenoir, I was disappointed to learn they had sold out of the 2013 Vin Rouge which is 100% Lenoir. To be honest, there have not been too many dry 100% Lenoirs we have enjoyed, but since the Polvadeau Vin L’Inspiration was very good, I could only imagine how the 2013 100% Lenoir could be. But we then learned we could use our imagination since we were soon to taste the 2014 Reserve Lenoir from the barrel. Wow, that was not like other Lenoirs we have had before. I think Tom Slaughter has perfected how to make dry wines from Lenoir/Black Spanish.

Since we were in the production area, we were fortunate to barrel taste the future Polvadeau Vin Rouge XL. This is 60% Petite Sirah from northern California and 40% Lenoir. Tom came up with the recipe and was able to trade the Lenoir for the Petite Sirah so the other winery could use the similar blend.

After the barrel tasting, Tom showed us his future plans for the winery. A second tasting room will be built next to the existing building. This will allow further expansion including a deck overlooking the river behind the winery and also a music stage.

Tom Slaughter has played guitar with Mickey Gilley and ZZ Top which makes sense with what some current plans are for the winery. Mickey Gilley will be re-opening his famous Gilley’s Club in Pasadena and Lost Maples Winery will be providing the signature wines for the club.

Lost Maples Winery is available for weddings and other special occasions, and currently they have had various parties held at the winery.