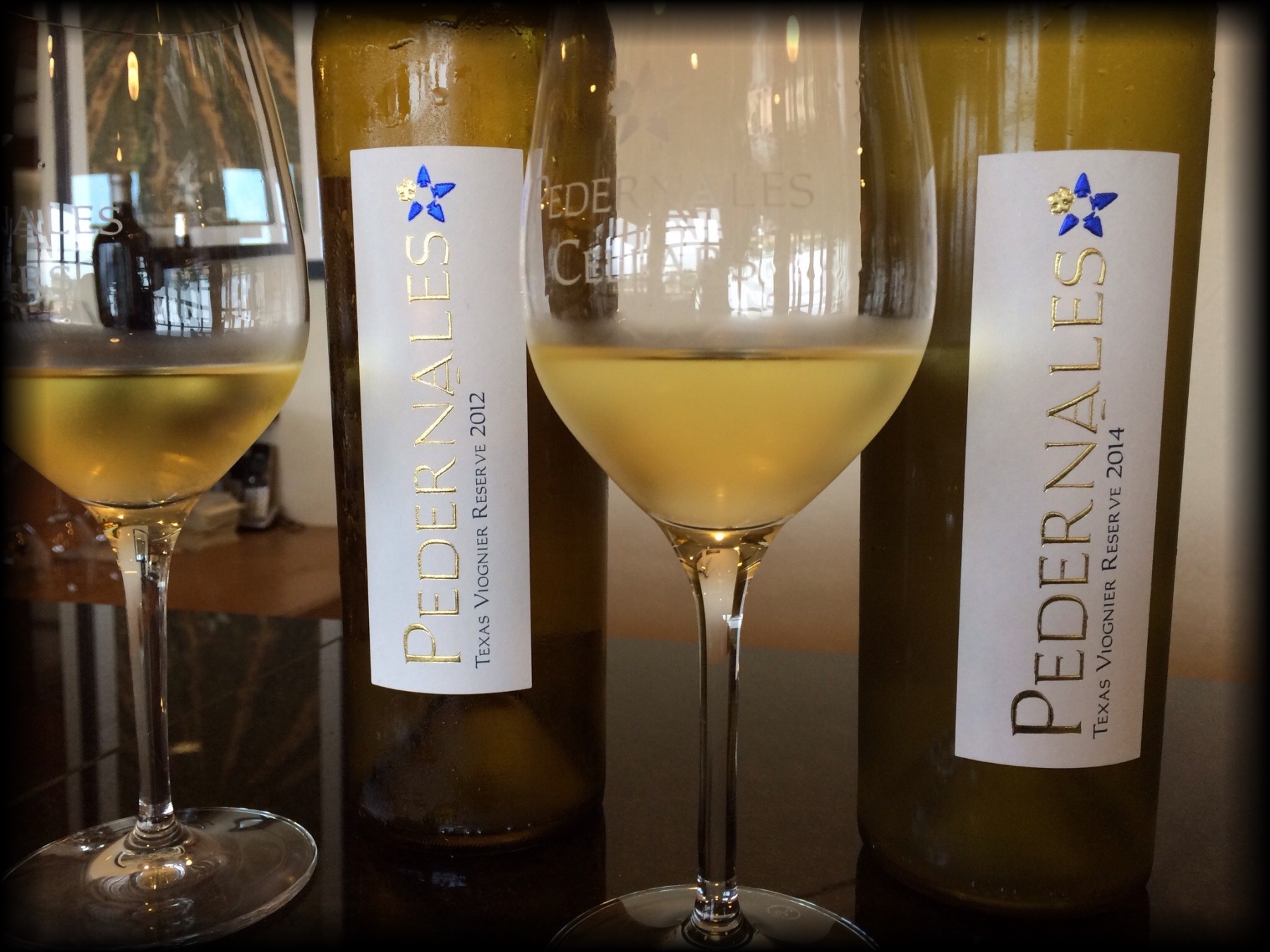 Viognier, a grape known for its intoxicating floral aromas and in recent years, has become a Texas white wine staple. It is unfortunate the Viognier grape is such an early riser each year which makes is very susceptible to late spring frosts. There is now a hesitance to plant more of the grape in Texas because of the frost issues. Roussanne and Marsanne seem to be a better fit for our weather patterns, so will Viognier reign the Texas High Plains, or will it’s “tomboy” Rhone sisters put it in third place? Only time will tell, but in the meantime let’s talk Viognier shall we? 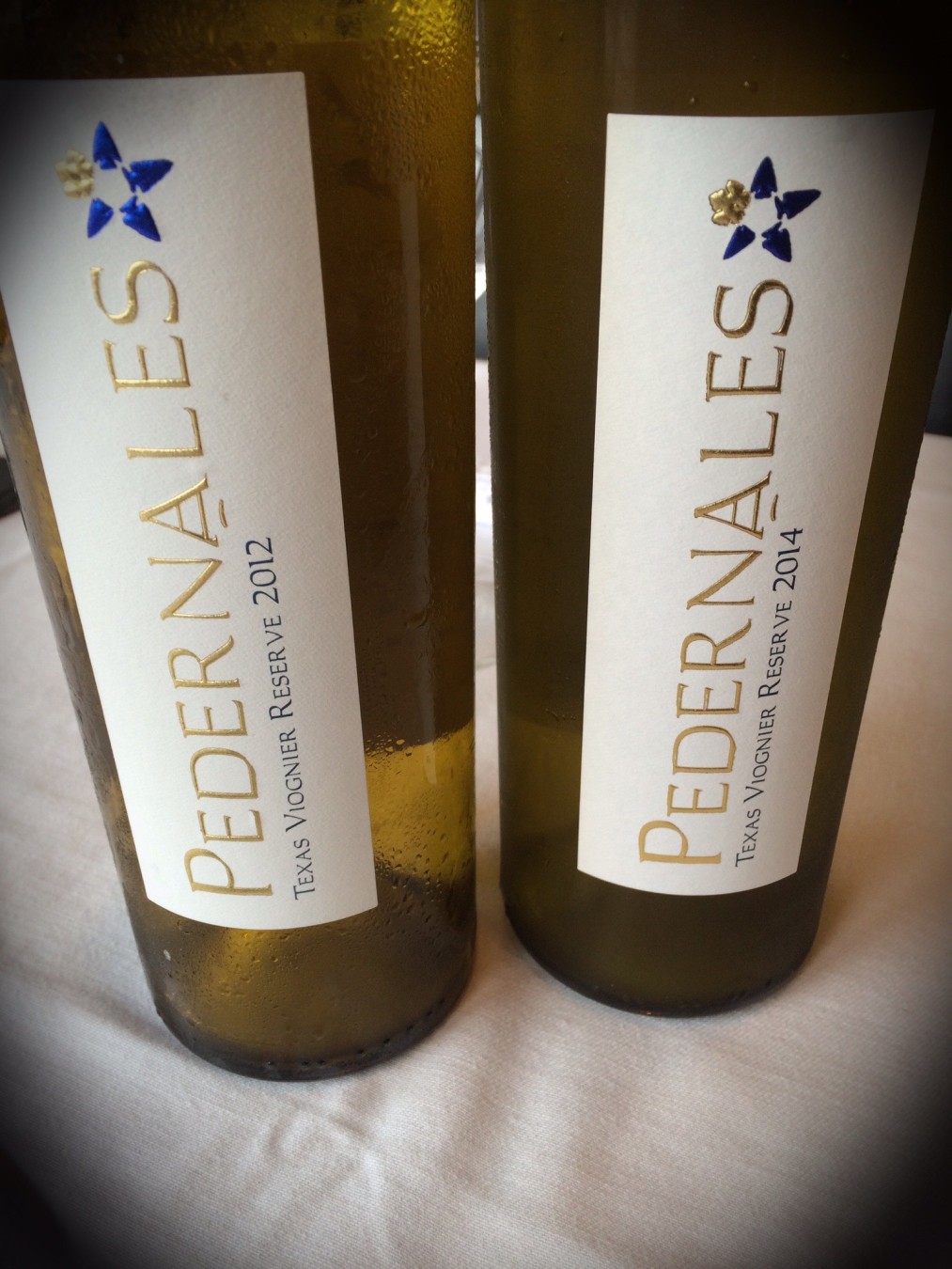 At first glance the bottles look identical and only the vintage sets them apart, but once in the glass you can see the distinct deep golden color of the 2012 Reserve, which is to be expected after aging in the bottle for several years. The nose of each wine is so very different not just because of the age, but also because of the unique characteristics of each vintage. The 2012 offers notes of butterscotch, stone fruit, and cedar box on the nose, while the palate shows nuances of buttery caramel, lemons, crushed violets, and a slight nuttiness. The 2014 is very youthful and offers notes of citrus rinds, grapefruit, and honeysuckle, while the palate drives home lemons, lemongrass, honey, and a hint of grass dew on a wet early morning. For the record I have never licked wet grass on any morning, but this is what I imagine it would taste like.

Here are some technical specs for each wine.

I, for one, am very excited to see another great Viognier from Pedernales Cellars, especially after the 2013 crop loss. In summary, both Viogniers were drinking well and the 2014 will continue to open up and integrate with bottle aging. Which did I prefer? Well, the 2012 stole my heart, but it also demolished the competition in France during the 2013 tasting in Lyon, so no surprise there.

However, the 2014 Viognier is a lovely wine that carries more of a citrus and crisp personality in its youth, although I have a feeling the barrel aging will show itself in the coming years, adding more of a complex and buttery element, just as its older sister did. Be sure and swing by the winery to pick up your bottle of 2014 Reserve Viognier.