We have visited CALAIS Winery in Dallas for years and enjoyed our visits with owner/winemaker Benjamin Calais. When news came he was moving the winery to Hye, Texas, that was even better since we knew he would be in a prime location and to be honest, the winery would be easier to visit too. It has been a long time in coming due to various issues that arose during construction of the winery, but the opening is in sight.

The winery is open now by appointment only and he is hoping to have it open full-time perhaps by July. An online appointment system is available on the website. They are also planning to be in soft opening mode every Saturday and Sunday starting this coming weekend (May 30).

Before we arrived in Hye, we made an appointment to visit the winery with a group of friends. It poured the night before our appointment! We then saw a plea for help come out on Facebook from Ben because the winery was being flooded. Fortunately, as is usual among the Texas wine industry, members of Kuhlman Cellars, William Chris Vineyards, and more came to the rescue to help. They worked through the night but with pumps working overtime, the flooding receded. 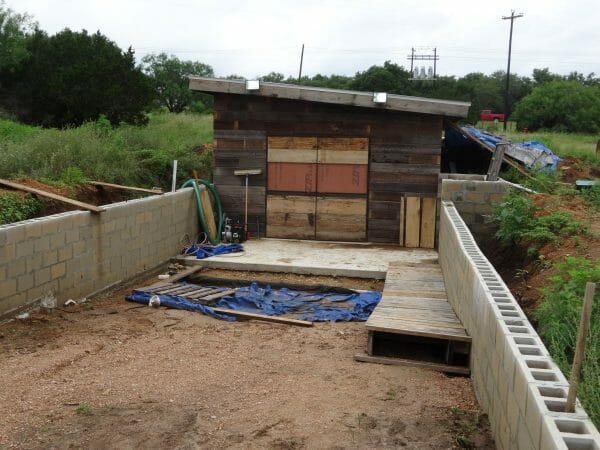 I checked with Ben the next morning to see if our appointment was still on because we had not heard if they were successful with saving the winery, and he replied that we were still good. When we arrived at the winery, “the cave” as he likes to call it, Ben admitted that he only had a couple hours sleep. But being the trooper he is, he handled our tasting like there were no problems at all. 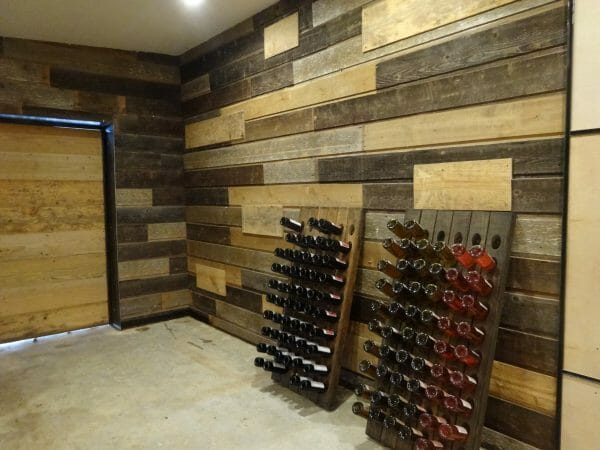 The cave is rightfully named since it was built in a dug out piece of ground. This gives a natural cooling to the building that will eventually be the production area. Another building will be built sometime on the top adjacent to the cave. We had followed Ben’s progress of building the new winery when he first deconstructed an old barn in Cleveland, Texas, and planned on using it to build the winery. I don’t think the entire barn was used, but the very front of the winery from the doors to the front of the inside uses the wood which gives a great country feel to the winery. 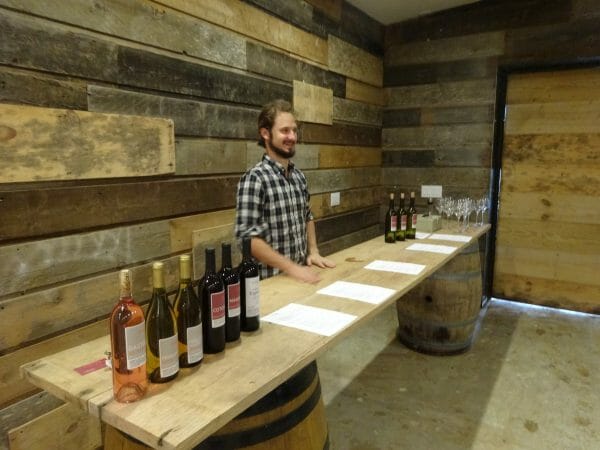 Benjamin Calais in the tasting room

Because Ben has been building the winery, he has been able to slip only a little winemaking in, but we still had six wines to taste for a tasting fee. These are the wines we tasted:

We all had a fun time with the tasting even though the winery is not totally complete yet, but I am sure Ben is happy to see there may be an end in sight for the completion. Now when you visit Hye, you’ll have a number of wineries to visit and make sure you say hye to CALAIS Winery. 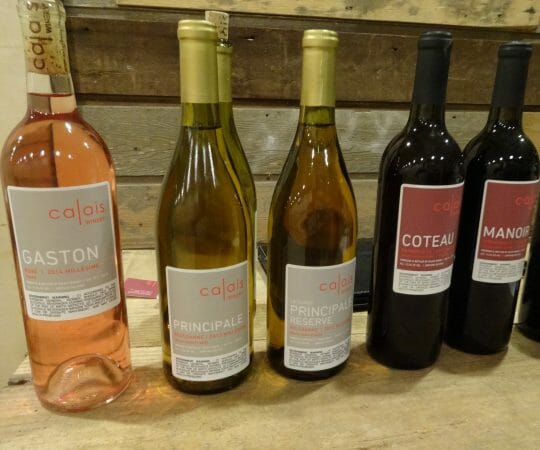