(Austin, TX): The newly opened Fall Creek Vineyards at Driftwood continues its grand opening celebration with a full afternoon of wine and song with an outdoor Singer/Songwriter Showcase on Sunday, March 29th from Noon-5:00pm at Fall Creek Vineyards in Driftwood, located directly across from Salt Lick BBQ at 18059A on FM 1826.

Set on 17 gorgeous, sprawling acres, FCV at Driftwood is a perfect venue to enjoy an outdoor live music showcase by a handful of Texas’ most highly-acclaimed Singer/Songwriters, including Jim Halfpenny, Sam Shepherd, Alex Winters, and Brady Beal!

Each performer takes the stage for a 45-minute set beginning at 1:00 pm, adding up to a full afternoon of song, with old favorites and exciting new originals.

The $20 ticket price includes all performances plus one glass of Fall Creek Vineyards wine. For an extra $5, guests can add reserve up-front/preferred seating. The gate opens at Noon for parking, wristband pick-up, and selection of wine. Tickets may be purchased on www.fcv.com. 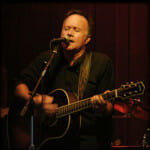 Jim Halfpenny – http://jimhalfpennyband.com/media.htm – has been a full-time professional songwriter and film composer for over 19 years. As a film composer Jim’s credits include the original scores for over 25 feature length films, music for a Discovery Channel cable series, and numerous jingles for national TV and radio ads. As a songwriter, Jim’s stylishly diverse tunes have been placed in feature films, cable and network TV programs, and a musical production for the stage. Jim’s unique blend of folk, rock, pop and country was described in the Americana Music Times as “earthy, yet refined.” His two self-released CD’s have gathered positive press reviews domestically and as far away as Britain, and a third CD is soon on its way. Originally from Southern California, Jim now resides in Wimberley, Texas, where he regularly performs in and around the Austin area as a solo artist and with the Jim Halfpenny Band. 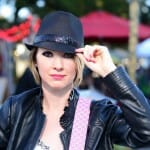 Alex Winters – www.alexwintersmusic.com – Underneath Alex Winters’ high-shimmer vocals and lithe, acoustic guitar melodies are evocative tales of dreamers and risk-takers, sung by an artist who’s unafraid to peer into the dark, while making her way into the light. Luna Guitars bestowed her with their Shining Star award in 2011, and 360 Magazine called her vocals “seamless” and compositions “effortless.” Fully connecting with her own voice as a performing songwriter, reveling in a vision that is still introspective and sensitive, yet equally strong, enigmatic, and haunting, Alex continues to develop her unique solo repertoire. Ranging from the expressive “Almost There,” concerning the tightrope walk of new love, to the inner turmoil of the broken-hearted (“Turn Out the Light” and “Didn’t I”) and the explosive “Under Cover Lover,” Alex reckons with the deep well of the human condition, of life and of love, in her heart-rendered songs.

Sam Shepherd – Sam Shepherd received his 1st guitar at the age of 8 and started writing songs as a teenager. He has been a professional musician for the last 25 years. Sam has had the privilege of opening up for such bands as Marshall Tucker, WC Clark, Rusty Wier, and Shake Russell, and has also had the opportunity to play with legends such as Johnny Gimble, James Burton, and Jerry Beach. His style of music ranges from acoustic blues to folk rock and Latin. 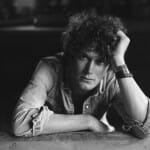 Brady Beal – www.bradybeal.com – Southern rock’n’roll rises again and anew from the shores of the Texas Colorado River on the self-titled debut EP by Austin-based singer/guitarist/songwriter Brady Beal. Drawn to the mystique of Texans playing their own brand of the blues, he brings a contemporary vitality to the time-honored sound. Produced by Corby Schaub, former lead guitarist with Ryan Bingham’s Dead Horses, Beal’s four-song calling card packs a hefty punch. The EP launches with “Mexico,” a widescreen, politically-charged outlaw rock’n’roll opus lit by the taut and fiery lead lines of guitarist Jon Chaney, followed by “Let Me Be Me.” a statement of independence set to a strutting shuffle. On “Another Man in Line,” Beal showcases his vocal snarl then searing slide guitars launch the stately blues-based assertion “Whatever It Takes,” closing out a set rich with the classic might, richness and raw passion found in the most memorable rock from south of the Mason-Dixon Line.

About Fall Creek Vineyards at Driftwood:

Fall Creek Vineyards at Driftwood has joined the rapidly growing food and beverage mecca on FM1826, congregated with wineries, breweries distilleries and restaurants. FCV Driftwood is a mere 25 minute drive from Austin, yet still feels like a peaceful Hill Country getaway. The new winery is a fantastic place to enjoy wine, nosh on delicious small plates by Chef David Garrido, shop for gift items and artisanal foods, or stroll the naturally landscaped grounds.

The facility is also available as a special destination for weddings, wine dinners and select events by reservation. For more information visit www.fcv.com.