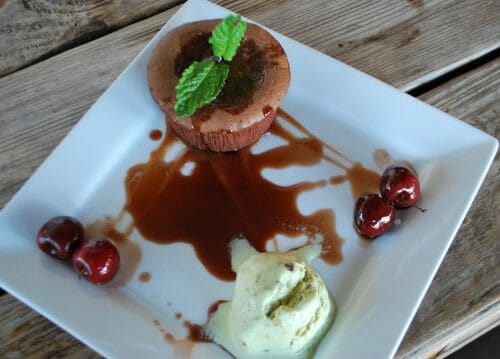 Back in 2011, the dark comedy Bernie directed by Richard Linklater cast a spotlight on Carthage, Texas and a rather infamous murder case involving octogenarian Marjorie Nugent and her 38-year old companion Bernie Tiede. Whether or not you saw the movie, much less liked it, I think the movie provides some funny moments and true cultural insight into small-town Texas. I also like to think we Texans are big enough to see the humor and laugh alongside everyone else.

However, near the end of the movie, when both fictional and real-life characters are commenting on the jury’s decision, town gossip Lenny is outraged that Prosecutor Danny Buck Davidson stirred up the East Texas jury by asking Bernie which wine to pair with fish.

“I mean, those people drink warm beer with mudcat!’ he exclaims.

Now here is where I’m going to have to take exception—I’m East Texan on my mother’s side, and there are plenty of East Texans who know which wine pairs with fish, steak, lamb, and even TexMex! So, Sonny Carl Davis, AKA “Lenny,” you’ve been called out!

What’s more is, there are folks making some very fine wines “behind the Pine Curtain” as Lenny described it, and at least one place has haute cuisine that has even Dallas foodies making the two-hour drive just to put their knees under the table and strap on the feed bag. I’m talking, of course, about Los Pinos Ranch Vineyards outside Pittsburg, Texas.

Executive Chef and Co-Owner Dana Pool has been serving up gourmet fare in the East Texas winery since 2005, and now a favorite presence on the Dallas food scene has fled the concrete jungle to join ranks with her. Enam Chowdhury has experience at several international resorts as well as some of the area’s finest restaurants, and now he’s cooking up something really special at Los Pinos. So, my husband and I heard the culinary call and made plans to have our Valentines’ Day dinner at Los Pinos. 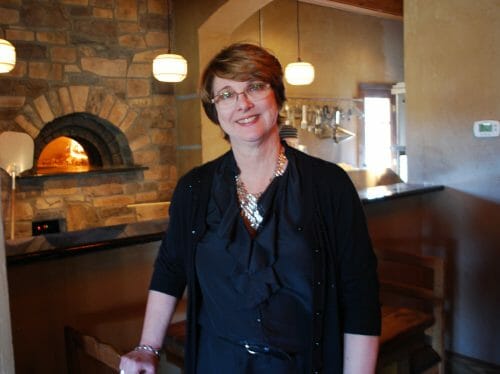 We weren’t completely sure what to expect, but we knew that normally, Los Pinos is a quiet, idyllic place to relax and enjoy good food and wine. On the other hand, with enough space to potentially seat hundreds of guests, what might the Valentine’s Day turnout look like? Especially if the fine, spring-like weather held, and people were overcome with an urge to dine al fresco? 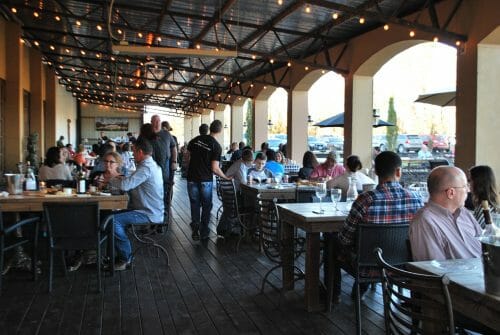 We didn’t have to wait long to find out. Beginning around 5:00 pm, a steady stream of vehicles was pouring into the winery from far and wide, straining capacity to its limits and putting the Los Pinos staff through its paces. There were Dallasites like ourselves, as well as herds of folks from East, West, North and South, all would-be diners wanting to try the high-end cuisine.

With the unusually high turnout, even friends and aspiring food/wine writers had to wait as Los Pinos worked furiously to handle the onslaught. The food, the wine, the holiday, and the weather all conspired to create a record-setting day for Los Pinos. I guess I can’t fault everyone within a 50-mile radius for wanting to dine at the winery that night, especially when there was blue cheese encrusted filet mignon, butter-poached lobster tail, parsley potatoes, and braised sugar-snap peas (described in this short video by Chef Enam himself).

When we finally had a chance to take our seats and eat our food, it was every bit worth the wait. The filet was exquisite, but I was totally transported by my rich, luscious dessert of chocolate fondant with pistachio ice cream and macerated cherries. Chef Dana had explained earlier in the day that Los Pinos has a wide range of wines exhibiting many different characteristics, so food pairing is not a problem. As I sipped my Meritage and spooned my chocolaty dessert into my eager mouth, I can attest, I reached pairing nirvana.

The next morning, I’m sure the leadership at Los Pinos awoke exhausted, happy—and perplexed. After all, they left the big city to escape the stress, congestion, and food-culture pretentiousness. Will their increasing success and expanding reputation conflict with their vision of a low-key refuge to get away from it all while enjoying fine wine and food?

Somehow, I’m not worried for them. Based on our warm reception and the tradition of friendly hospitality “behind the Pine Curtain,” I’m sure they’ll find the right balance between destination-dining and small-town hospitality.