, Texas’ first legal whiskey distillery and the maker of Garrison Brothers Texas Straight Bourbon Whiskey, is pleased to announce that it will be introducing its Single Barrel Bourbon this spring.

The Single Barrel Bourbon from Garrison Brothers is a three-year-old, 94-proof big brother to its flagship Garrison Brothers Texas Straight Bourbon Whiskey and just like its predecessor, it is made from organic Panhandle corn, soft red winter wheat, two-row malted barley and pure, clean Hill Country rainwater. To date, the Single Barrel has only been available from the distillery’s gift shop in Hye, Texas, but now liquor stores across the country will be offering it to their bourbon connoisseur customers and the on-premise accounts they serve.

“The response to our Single Barrel Bourbon has been overwhelming,” said owner Dan Garrison. “Last year, our Single Barrel bourbon outsold our Flagship bourbon in our gift shop by a ratio of 2 to 1, despite a 20% higher price tag.”

The Single Barrel Bourbon at every store will have a different taste profile and different flavor complexity from the one at the liquor store just a few miles away, each barrel has its own personality and has individual effects on the bourbon aging inside. Garrison explains, “We have invited liquor store owners and managers from Texas to visit us in Hye, taste samples from a number of barrels, and hand-select the particular barrel of their liking.” 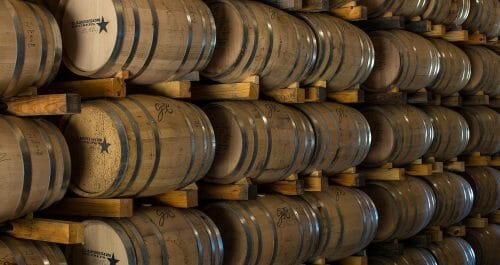 The other unique aspect of the Single Barrel is the way it is being sold. The distillery culled 342 fifteen-gallon barrels from its enormous inventory of aging bourbon barrels for this project. Each barrel is projected to yield anywhere from 48 to 81 bottles of bourbon, depending on the Angel’s Share losses. Liquor stores and their customers must agree to acquire every bottle that a particular barrel yields.

The barrels will be offered first to Texas retail stores, and if any remain available, the distillery will begin offering the barrels to retailers in other states where Garrison Brothers is sold. However, the Single Barrel bottles are not just intended for retail stores.

“If a bourbon connoisseur wants to purchase a personalized gift for a special occasion, they can buy an entire barrel for themselves,” said Garrison. “All they have to do is place the order with their Liquor Store, and the distillery will contact the customer and arrange a barrel tasting day.” 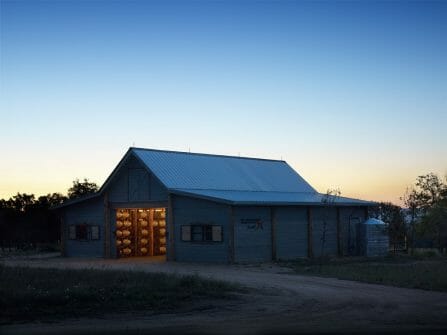 Every bottle is designed with a silver star on the bottle face and includes a customizable silver label with the buyer’s name. The label reads “Hand-selected by Master Distiller Donnis Todd for John Smith, or Bob’s Fine Wine and Spirits, or Cattleman’s Steakhouse.” The distillery custom-prints the labels as soon as a barrel reservation is made.

But those who want to buy their own barrel of bourbon should not feel rushed. From the time a barrel order is placed, it takes 4 weeks to 4 months to order the custom stickers, bottle the bourbon, package the bourbon, and ship the bourbon to the retail store where it was purchased.

“We feel we should warn folks that buying a barrel of bourbon is not for everyone. It’ll set you back a little,” said Garrison. “The suggested retail price of each bottle of Single Barrel is $109.99. So, the cost of a barrel could range from $5,300 to $8,900, depending on how many bottles each barrel yields.”

Those who buy a barrel will only be charged for the number of bottles their selected barrel yields. They are also invited to come to the distillery to help bottle the bourbon, if they’d like. And, of course, they get to keep the actual barrel too.

The business is owned by the Garrison family, its staff, and a few friends. The business is a proud and active member of the communities of Blanco, Fredericksburg, Hye, Johnson City, and Stonewall. The distillery and its barrel barns are open to the public for tours in the Texas Hill Country in Hye, Texas. Anyone interested in learning more about the bourbon or taking trips to the distillery, can visit garrisonbros.com.