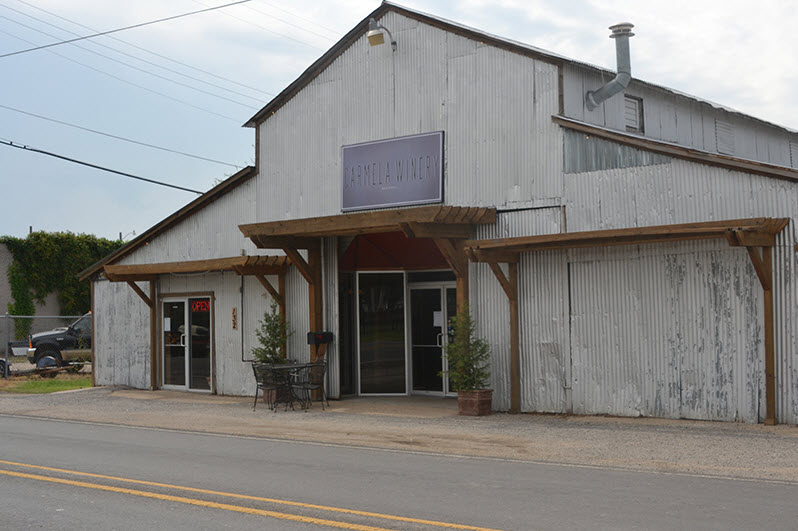 Like most people, I faced a learning curve when I first came into my enthusiasm for and appreciation of wine. I made my share of unwitting gaffs and faced down a couple of scornful “experts” who lived near Napa and went out of their way to make me feel like a real rube about a decade ago. So, I could certainly empathize with the story I overheard told by a regular at Carmela Winery in Celina last Saturday.

I had just taken shelter from the rainy, cool weather at the tasting bar when the gentlemen shared his first Napa tasting experience with owner Joe Anselmo.

“I saw all those spittoons at the counter, and without looking, I tossed a tip into one. Heck, I’d never been to a tasting room before—I was just trying to leave the guy a tip!” he said.

We all laughed at the story, but we felt safe to do so because unlike some wine bars we’ve seen, the environment at Carmela is meant to be warm and inviting—not intimidating, as Joe likes to emphasize.

Carmela is a real family affair, named after Joe and Paul Anselmo’s paternal grandmother, who came from Sutera, Sicily and who had a profound influence on them as they grew up. The winery is a combined venture between Joe, Paul, and father Cesare “Andy” Anselmo, and it had a soft opening last November. They currently have Sauvignon Blanc, Port, and Pinot Noir in the tanks, but on the day I was there, they were featuring small batch, hard-to-get wines from France and Italy that I thoroughly enjoyed sampling. 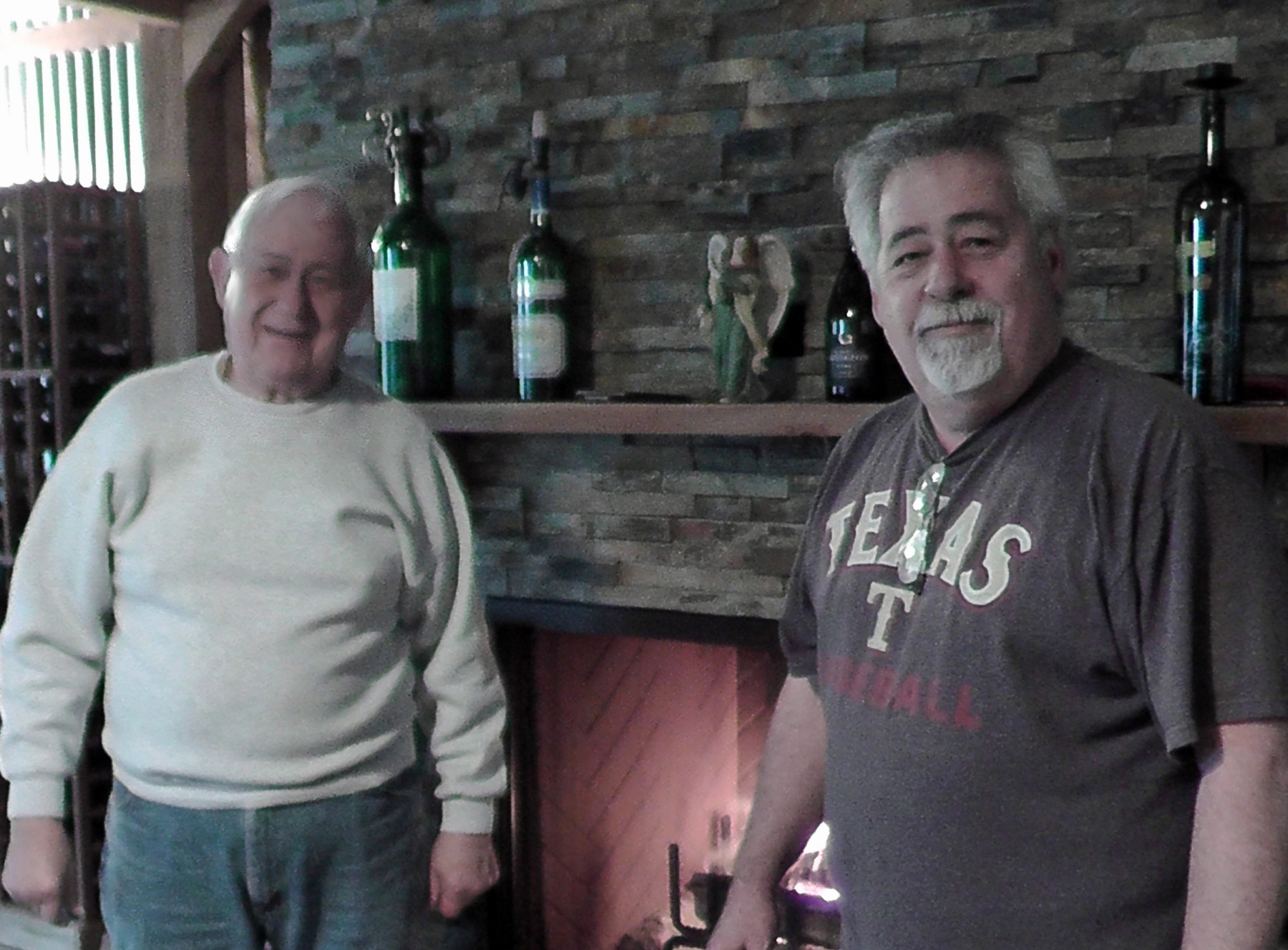 This is the third iteration of the winery, having started in Prosper back in 2000 and then relocating to Greenville in 2008, only to return closer to home in 2013 when they began working with the city of Celina to buy and upgrade the historic building that now houses the winery. The building operated as a blacksmith shop from 1912 to 1971, and echoes of its origins can still be seen in the steel pedestal permanently embedded in the floor that likely was a support for a steam engine. 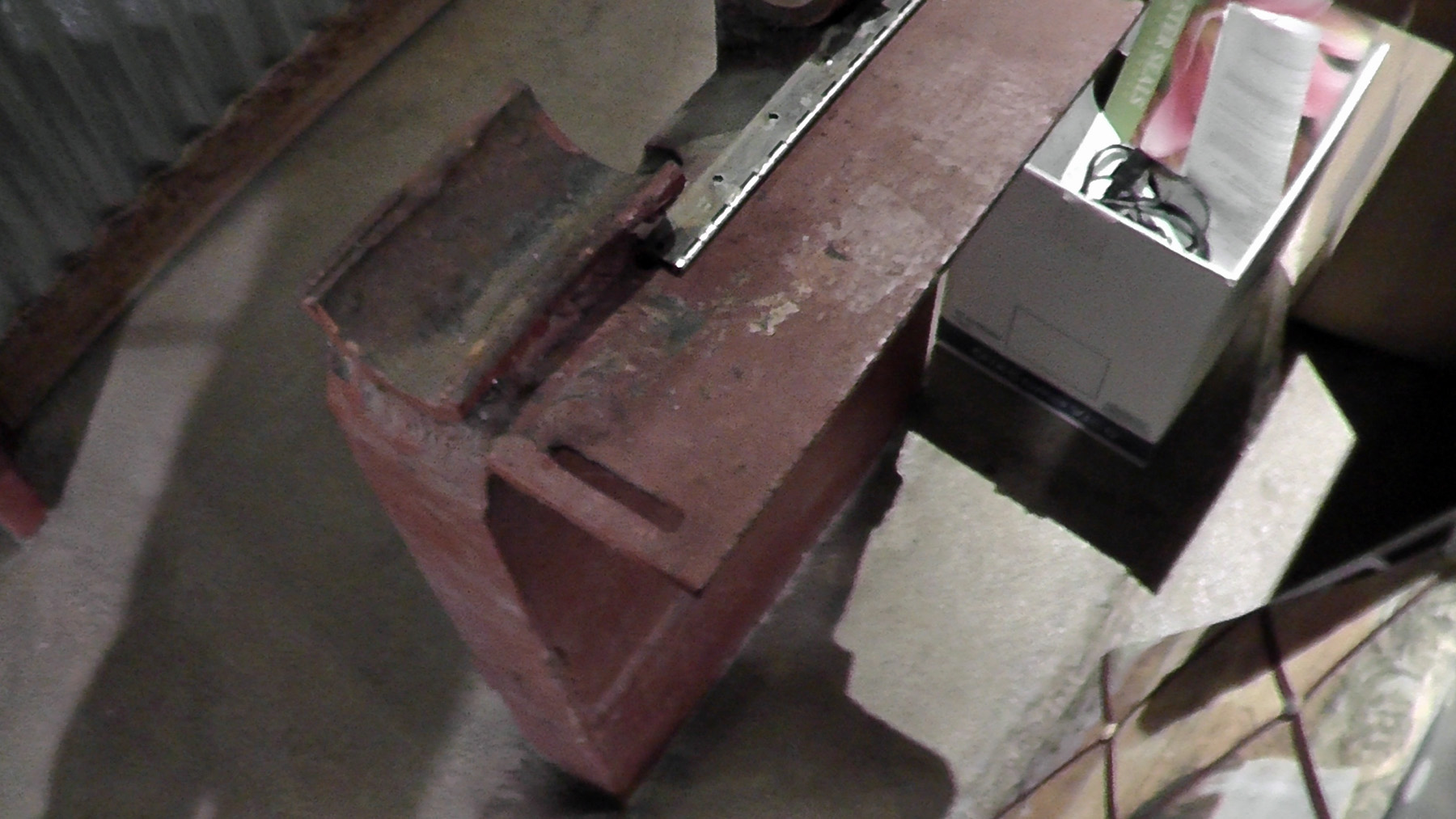 I tasted a couple of wines there for sale, including a 2013 Marselan made by Domaine de Couron and a Sicilian 2011 Nero d’Avola by Castelluci Miano that was dense, dark, and earthy. Joe has his importer’s license, and in addition to the wine he makes, he hopes to sell similar vintages that only a handful of merchants in the USA carry. As Joe says, “Life is too short for cheap wine.”

Speaking of cheap (or expensive) wine, ask to see the tasting menu and bottle list with prices before you tuck away some wine to take home. I ran into some sticker shock when I was checking out and the bottles I selected were about double what I’d anticipated. I admit, on my way out the door, I held my peace and went on my merry way. However, when I arrived home, a quick online search revealed what I’d suspected—the wines I bought are indeed somewhat scarce in the USA, but you can find them elsewhere for about half what I paid. So, I got a little lesson in informed wine buying and lent my financial support for a budding enterprise—another chapter in my ongoing wine education. 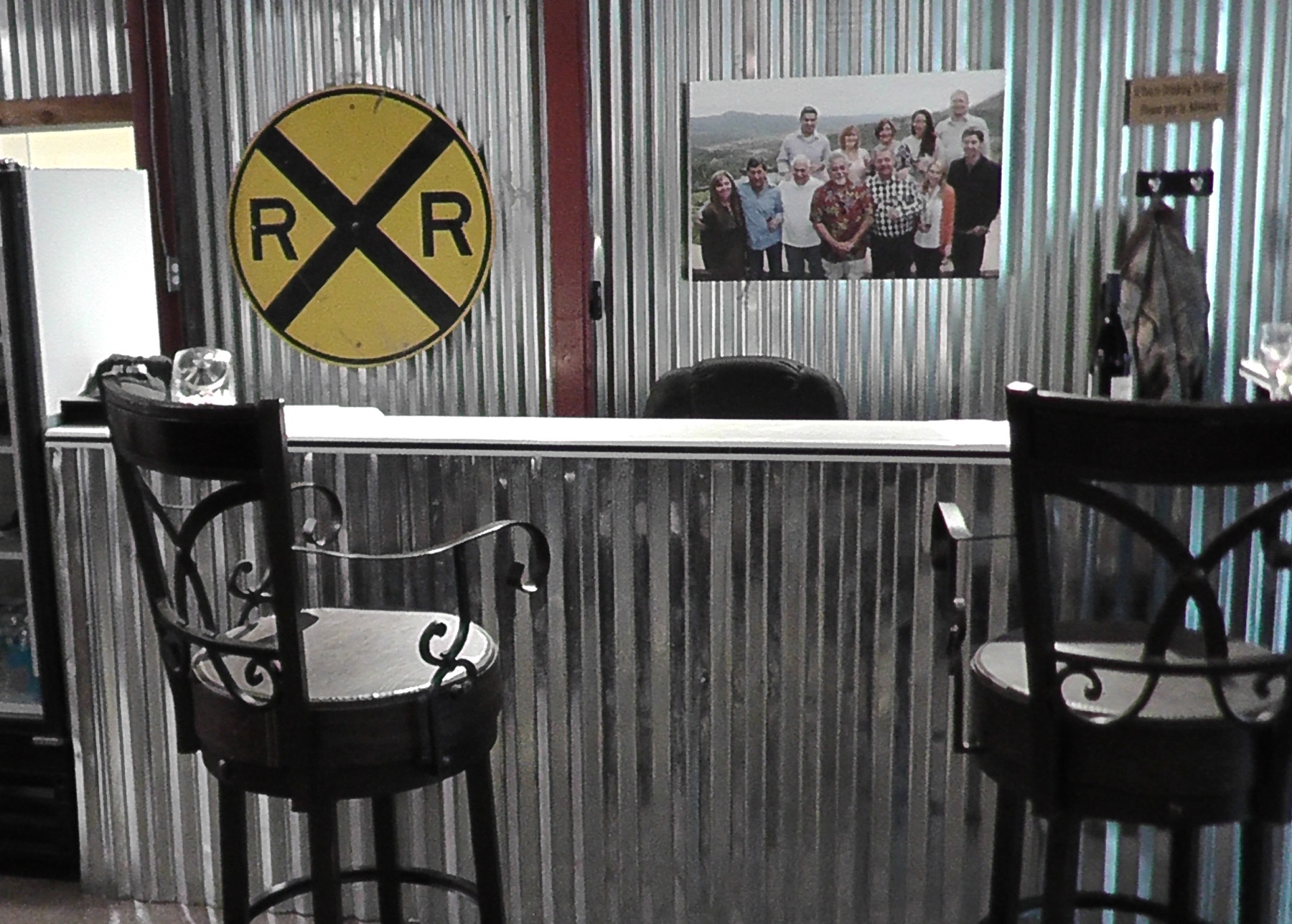 They were getting ready for a special event as I was leaving, and Joe said they are doing a brisk business as an event venue. They have no plans for serving food, but in a twist on “Bring Your Own Bottle,” you may bring your own food to enjoy with the wine you purchase—just do plan to buy wine. After all, that is their business model. There are comfy chairs around a fireplace and a few high tables for that purpose. 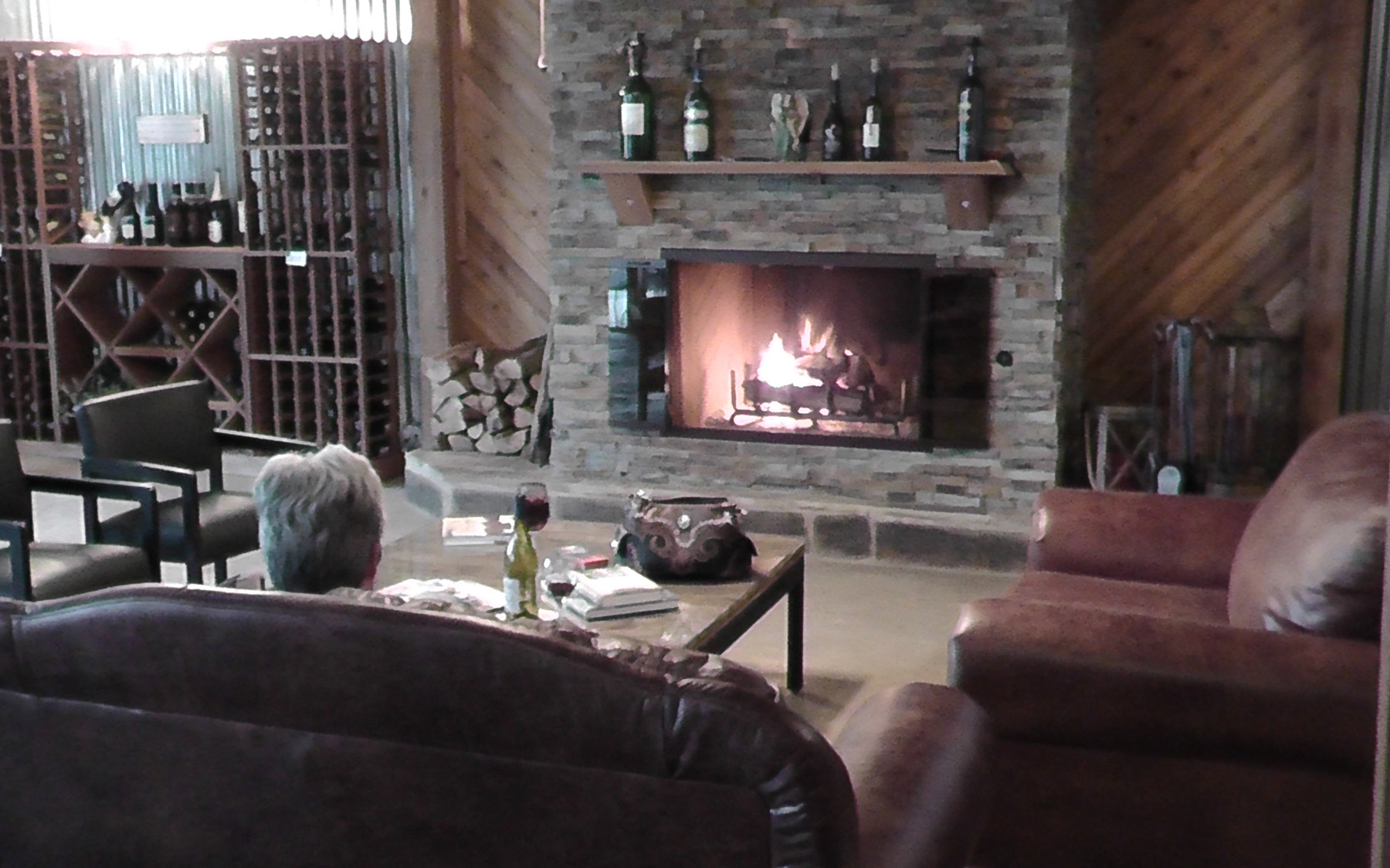 The winery is located at 132 N. Louisiana Street near downtown Celina, and it was just about a 45-minute drive up the Dallas North Tollway from my neighborhood in North Oak Cliff. They’ll be ready to release their wines in a couple of months, or as Joe says, “when they’re ready.” There are no big plans for a Grand Opening just yet, but according to their website, “If the big doors are open, come on in.”