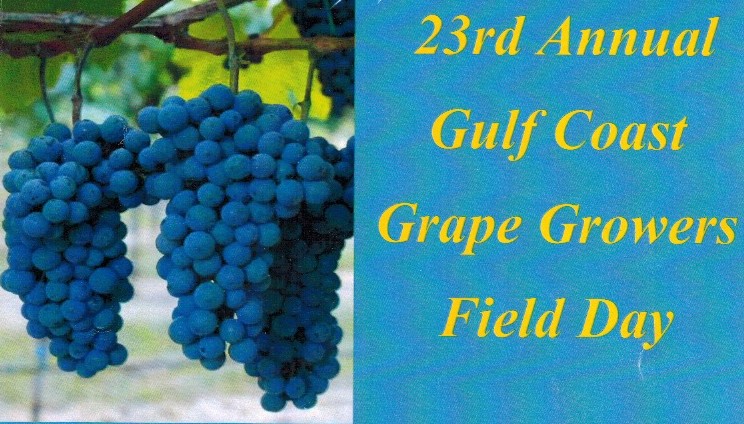 The 23rd annual Gulf Coast Grape Grower Field Day was held as usual on the first Friday of every February in Cat Spring, Texas. The event drew a large crowd of people interested in growing grapes in the Gulf Coast area and beyond.

The all day event had many seminars with over eight presenters ranging from topics about training systems and vineyard irrigation to winemaking discussing Yeast Assimilable Nitrogen (YAN). Here is the list of seminars presented: 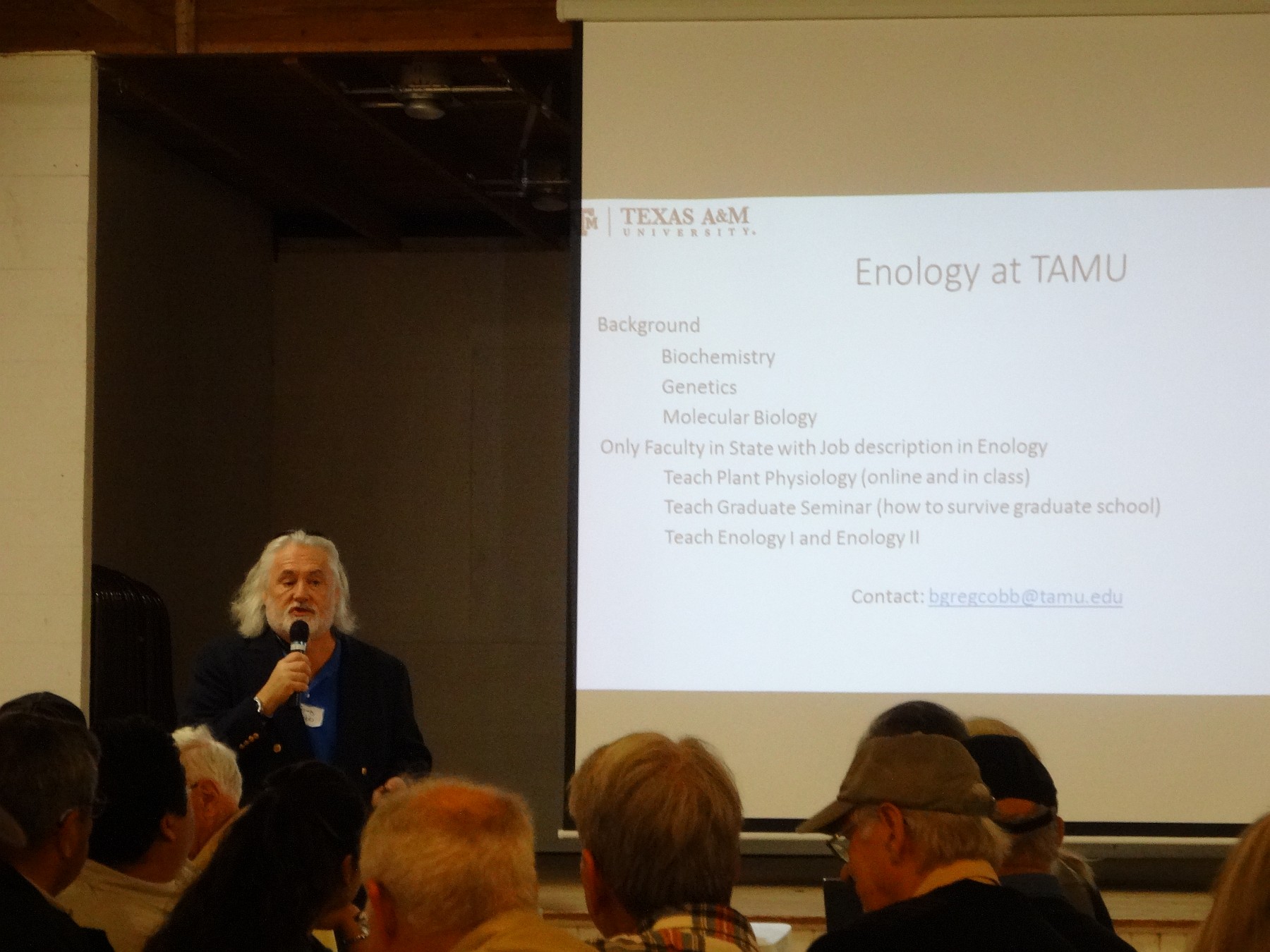 There were many interesting topics presented and I am sure the growers in attendance learned a lot. One of the topics I learned about was ground cover between rows of vines in the vineyard. I always wondered why there was sometimes grass between the rows and sometimes that grass included weeds. Dr. Ed Hellman explained the ground cover is used to help in areas where there may be too much water or not enough.

For example, too much rain in the vineyard is not good, so ground cover is used between the rows and sometimes even underneath the vines to help absorb the water instead of the grapevines using it all. In areas where there is insufficient water, less ground cover is used so the grapes get more water. During the growing season, the ground cover between rows can be adjusted by mowing it or letting it grow more, even allowing weeds to grow. 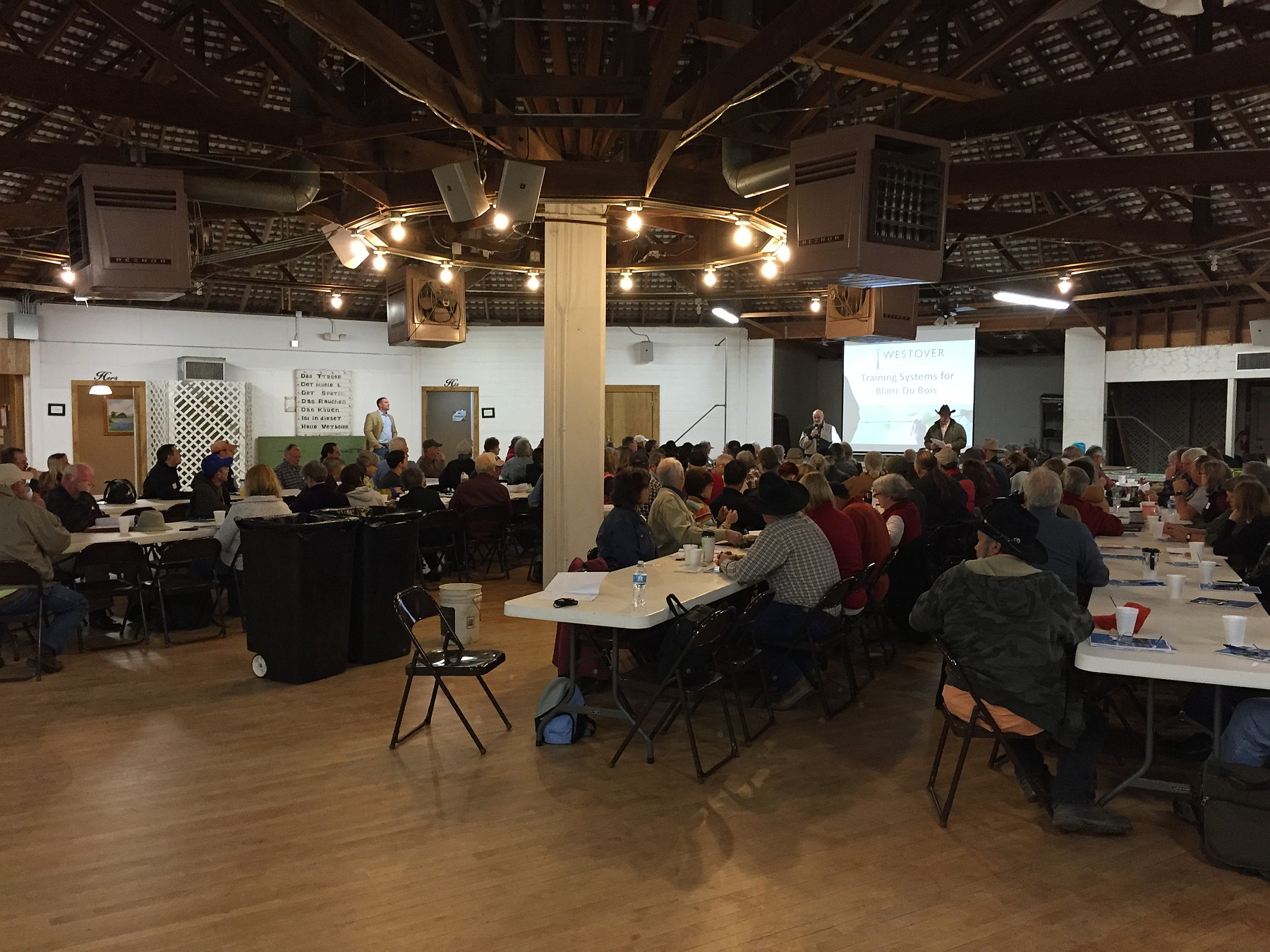 The last seminar was an update on Andrew Walker’s, Professor of Viticulture and Enology at the University of California, Davis, study on PD (Pierce’s Disease) tolerant rootstock and variety trial. The study is trying to find more Pierce’s Disease tolerant grapes and including more Vitis vinifera in them. They tried at least seven different grapes with different parentages, vineyards, and harvesting at different Brix and pH.

Stephen Morgan of Saddlehorn Winery did the winemaking on the grapes produced. Stephen said the grapes came into the winery in small lots so the winemaking was done in carboys. Oak alternatives were used in the carboys and he said it was a fun project.

At the end of the day was a wine and cheese social including non-commercial and commercial wines. The day had been a long but very informative day, and I would highly recommend if you own a vineyard or are interested in growing a vineyard, mark your 2016 calendar for February 5th to be in Cat Spring for the 24th annual Gulf Coast Grape Grower Field Day.